After hundreds of hours of research and testing over the past seven years, we think Apple’s 9.7-inch iPad is the best all-around tablet, with all the performance and features most people need for watching video, browsing the internet and staying on top of email and social media feeds. But we also have recommendations for people who want an Android tablet, a basic ebook reader or a more powerful tablet for gaming, design and creative tasks, or for replacing a laptop computer. 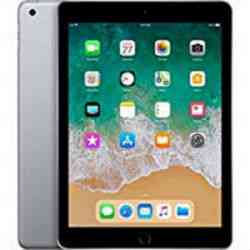 The best tablet for most people

The standard iPad is fast, affordable, easy to use and compatible with the Apple Pencil, and it’s got a huge selection of apps.

Who this is for: You want a great all-around tablet that can handle pretty much any task.

Why we like it: Great hardware, an easy-to-use operating system and a huge library of quality apps make Apple’s iPads the best tablets for most people, even if you normally use Android on your phone or Windows on your computer. iOS also receives frequent updates – including prompt security updates – which isn’t something you can say of any modern Android tablet.

The sixth-generation 9.7-inch iPad is the best tablet for most people right now because it’s fast and affordable, it’s got a nice screen, it’s compatible with the Apple Pencil stylus and it will receive software updates from Apple for years to come. The standard 32 GB model should be good enough for you if you plan to use the iPad mostly for streaming music and video, reading, browsing the internet and playing casual games, but you may want to upgrade to the 128 GB model if you plan to use it to play graphically intense games or download lots of media.

Flaws but not dealbreakers: The sixth-generation iPad is just a little bit worse than the iPad Pro models in every way. Its smaller screen can’t fit as much information and lacks an antireflective coating, and animations and scrolling don’t look as smooth. It’s not quite as fast and it doesn’t have a Smart Connector for use with any of the iPad Pro’s keyboard accessories. Most people won’t miss any of these things, but the iPad Pro is worth considering if you’re trying to use an iPad as your primary computing device.

An upgrade for multitaskers and creatives: Apple iPad Pro 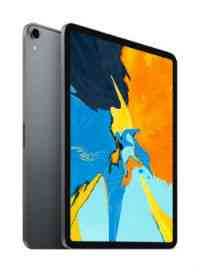 Both the 11- and 12.9-inch configurations of the new iPad Pro have larger, better screens than their predecessors, better performance and smartphone-level cameras. 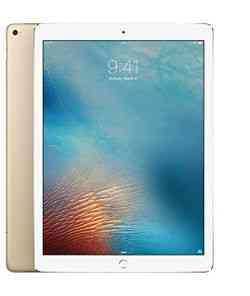 For pro-level performance and the biggest drawing and viewing area

This model is essentially identical to the 11-inch iPad Pro, but with a huge 12.9-inch screen that’s better for serious creative work and multitasking.

Who this is for: You want a larger, better screen and the best possible performance for viewing and editing photos and video, multitasking and other tasks you’d normally do with a regular computer.

Why we like it: The larger screens on both the 11-inch and 12.9-inch
iPad Pro models let you see more stuff compared with the 9.7-inch iPad, but they are also more colour-accurate and have an anti-glare coating and a higher refresh rate, making the Pros better for working with photos and as canvases for artists who make a lot of use of the Apple Pencil. The Pro models also include the best cameras in any tablet, along with faster processors and 4 GB of RAM for most models (the 1 TB model comes with 6 GB), which means you’ll spend less time waiting for apps to load when you’re using iOS’s multitasking features. There’s also a new Apple Pencil that magnetically attaches to the side of the iPad Pro and charges wirelessly. Apple has also removed the Lightning port in favour of USB-C, which means you’ll have a wider variety of available accessories, including plentiful third-party chargers, hubs and docks, monitors (up to 5K in resolution) and card readers. Otherwise, the Pro models run the same apps and do all the same things as the standard iPad.

Flaws but not dealbreakers: The iPad Pro’s biggest flaw is that the 9.7-inch iPad is great at all the things you’d typically want to use a tablet for – the current version even supports Apple’s first-gen Pencil. Most people don’t need to spend so much more for the Pro’s extra speed and better screen. The switch to USB-C also means you can’t charge your iPhone and iPad with the same cable anymore, and any existing accessories you own won’t work with your new iPad Pro. Apple has also removed the 3.5 mm headphone jack from these new iPad Pro models, so you’ll need a USB-C dongle or a pair of wireless headphones (if you didn’t already buy some to use with your headphone-jack-free iPhone).

Apple advertises the iPad Pro as a replacement for a traditional PC, but whether it can serve that purpose depends on what you do, how you work and what apps you use. In general, iPad Pro keyboard cases and covers aren’t as nice as standalone Bluetooth keyboards or the keyboards on the best laptops, and iOS’s lack of mouse or trackpad support makes highlighting and editing lots of text a pain. But drawing and photo-editing apps are well-suited to touchscreen, and Apple Pencil controls and benefit from the iPad Pro’s large, colour-accurate screen. 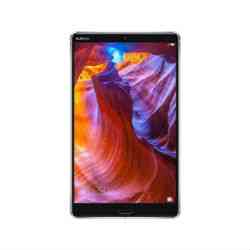 Best Android tablet for most people

A crisp, 8.4-inch display, a quick fingerprint sensor and a lightweight but durable aluminium body.

Who this is for: You’re deeply invested in Google’s services or apps, you don’t mind an out-of-date Android operating system and you really don’t want an iPad.

Why we like it: The Huawei MediaPad M5 has a bright, sharp, high-resolution 8.4-inch display, a powerful eight-core processor and 4 GB of RAM, so it can handle any app or game you throw at it. The tablet’s stereo speakers sound great and the fingerprint sensor is fast and accurate. The 5,100 mAh battery is larger than what you get with most tablets of this size, and the M5 supports fast charging. The version of Android 8.0 Oreo on this tablet doesn’t come with any add-on junk software, but Huawei’s custom Android interface is cluttered in places. It may not be the absolute best Android tablet you can get right now, but it’s by far the best value for the money.

Flaws but not dealbreakers: The MediaPad M5 8.4 runs an older version of Android, 8.0 Oreo. Oreo supports all the features we like to see on a tablet like picture-in-picture video and split-screen apps, but Huawei’s version of Android includes some clunky design choices, and there are custom features, like the floating navigation button, that just don’t work very well. This tablet also lacks a headphone jack, so you’ll have to use the included adapter for your 3.5mm headphones – or resort to Bluetooth.

All Android tablets have a questionable future, since Google is starting to push Chrome OS tablets that can also run Android apps – Huawei may not have much reason to support this tablet in the future. It has received a few updates since its debut in the summer of 2018, but Huawei won’t commit to a Pie update at this time. 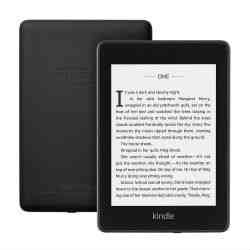 Access to Amazon’s huge ebook library at a good price makes the Paperwhite the best dedicated device for reading.

Who this is for: You don’t care about apps or browsing – you just want to read books.

Why we like it: Amazon’s Kindle Paperwhite isn’t a multipurpose tablet with a full-colour screen, an app store or even a fully functional web browser, but it’s the best choice if you just want to read books on a device that’s easy to use and free of distractions. Its 6-inch 1440×1080 screen is sharp enough to be indistinguishable from paper, and its backlight (which you can turn off if you’re next to a lamp or outside) is gentler and easier on the eyes than an LCD screen. And while most of the tablets on our list can go a couple of days between charges at most, you probably won’t need to charge the Paperwhite more than once a month. Amazon has also made the Paperwhite IPX8 waterproof and added support for Audible audiobooks via Bluetooth headphones or speakers.

Flaws but not dealbreakers: Obviously, the Paperwhite is really good for only reading. Amazon offers an experimental web browser on the device, but you’d never want to actually browse the internet with it. The Paperwhite also doesn’t have an automatic brightness feature like the more expensive Kindle Oasis, but that’s a luxury tweak that most people don’t need to pay more for.

What about the Microsoft Surface (and other Windows tablets and convertibles)?

There is a guide being prepared for PC tablets and convertibles like the Microsoft’s Surface Pro, which has been praised by reviewers for its nice screen, versatile kickstand, and comfortable keyboard cover. But the convertible is priced like a high-end ultrabook, and although it’s a solid laptop, it’s not a great tablet – Windows 10 isn’t a good tablet operating system, and most of its apps still work best with a keyboard and mouse. Our tablet picks are less expensive and better for tablet-focused tasks like watching videos, browsing the Web and using tablet apps. The iPad’s apps are also designed specifically for use on a tablet’s touchscreen, and there are more than enough media, productivity, and game options to keep most people happy.