Contribute Now
Ad
Like so many visitors, Fulbright-Nehru Fellows Zach Marks and Resham Gellatly were struck by India’s astonishing range of cultures and communities. But as they travelled through the subcontinent in 2010-’11, they realised that one thing was constant: chai.

The beverage, they discovered, was “an integral part of the rhythm of life, from the deserts of Rajasthan to the seaside megacity of Mumbai to the call centres and factories driving India’s economic rise”.

They also had another insight: “Behind each cup of Indian chai, whether served in a flimsy plastic cup, earthenware clay pot or silver-plated kettle, is a chaiwallah. The same way New York cab drivers might be able to tell the story of the city through their interactions with customers, chaiwallahs can tell the story of India in all its complexity.”

Gellatly and Marks decided to return to India in 2012 to collect the stories of chaiwallahs and tea drinking. The result is Chaiwallahs of India, a website that aims to highlight “the variations in chai culture and the role chaiwallahs play in different communities” in order to “depict a culture that epitomises India’s diversity and unity”.

In addition to a blog about tea vendors and a selection of stories about tea drinking, the website has a section called ‘Ek Shabd’, a photo project by Gellatly featuring people from around India holding up a board inscribed with the one word that comes to their minds at the mention of tea. Over 500 people have been photographed across 17 states.

“Looking at the photos side by side, you get a real picture of India’s diversity,” said Marks. “For example, a camel herder in Rajasthan might write camel in Marwari, a tea plucker in Kerala might write leaf in Malayalam, and a rickshaw puller in Kolkata might write energy in Bengali."

With the 2014 elections, chai has taken on a political hue. As a former tea vendor, the Bharatiya Janata Party’s prime ministerial candidate Narendra Modi is using ‘chai pe charcha’ discussions over tea at street corners across India part of his campaign.

“We were in Patna [in October 2013] for his rally because the BJP had encouraged chaiwallahs to put up posters branding themselves as ‘NaMo Tea Stalls'", said Marks. “We just happened to be there last year when the bomb blasts happened.”

Last month, Gellatly and Marks organised their own ‘chai pe charcha’ at the American Centre in New Delhi to kick off an exhibition of their photos. There was free chai and stimulating conversation about their project and much else.

Said Marks: “Chaiwallahs provide a lens through which to explore society. Who knows what street food culture will look like in 20 years?” 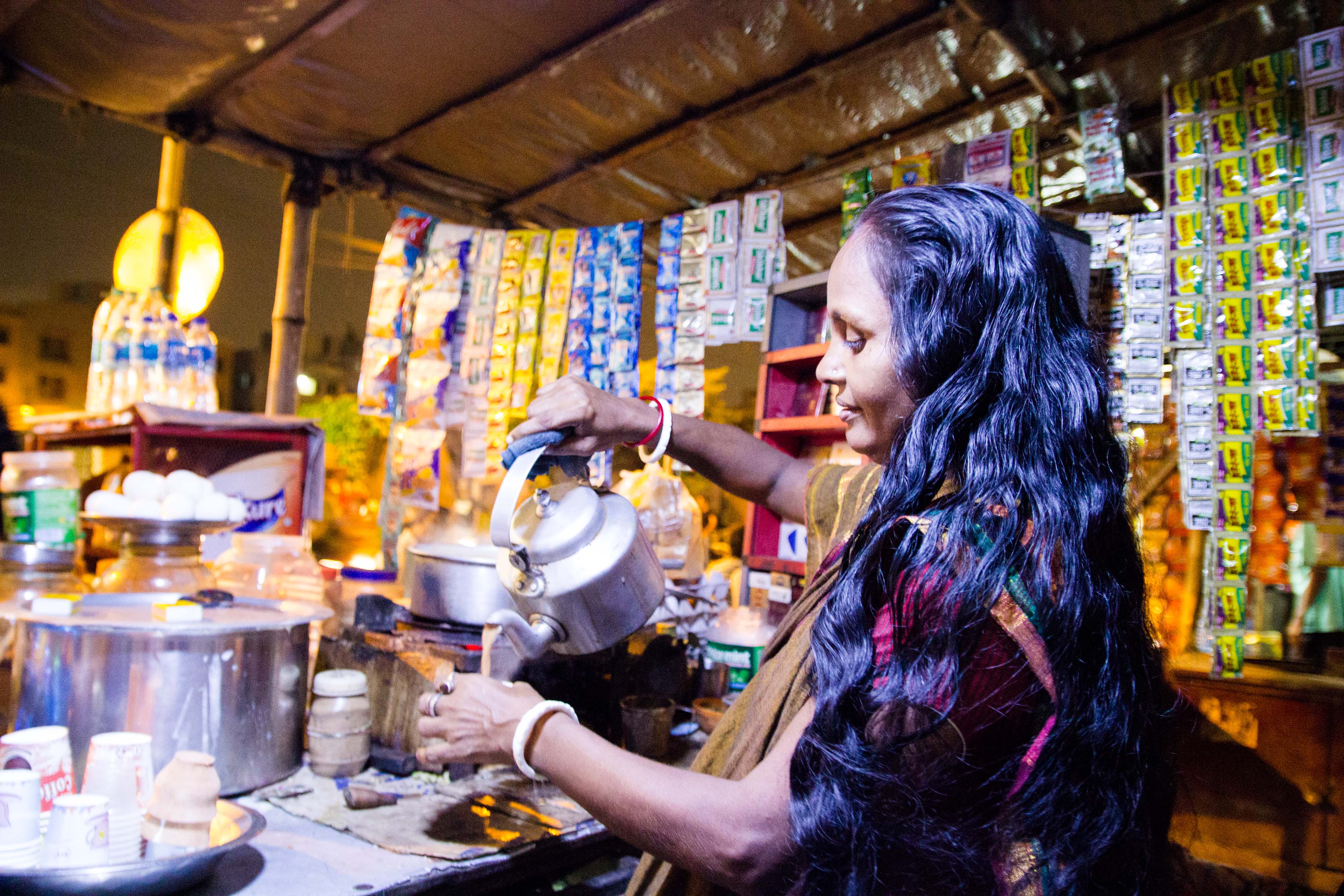 Chai vendors are to be found everywhere in India. 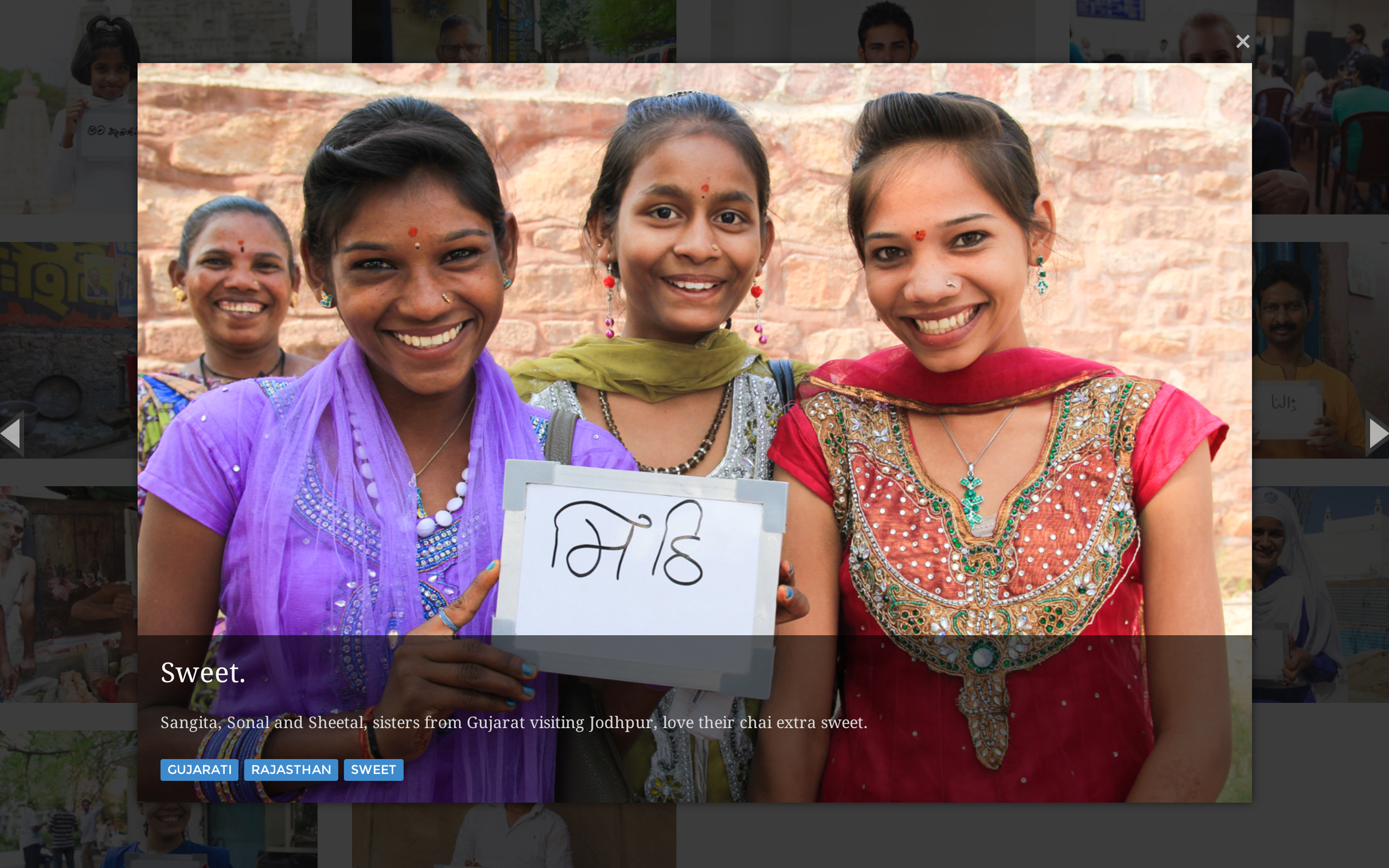 Every person photographed for the project had a unique take on chai. 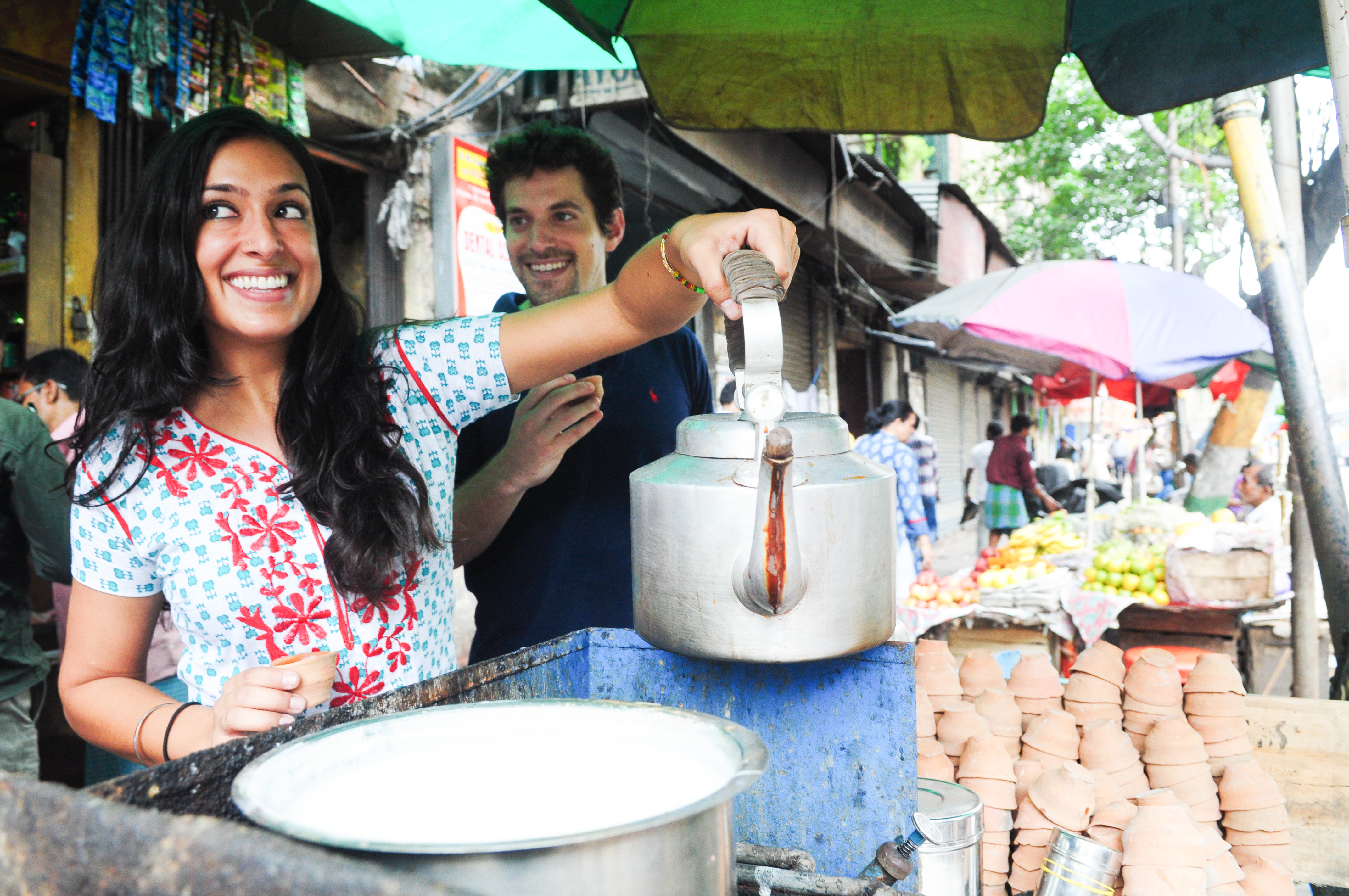 Resham Gellatly and Zach Marks, the founders of Chaiwallahs of India.