Contribute Now
Ad
In September 2013, after a Raspberry Pi workshop in college, computer science students Sanskriti Dawle and Aman Srivastav began to explore ways in which the mini computer could be used to solve practical problems. In a few months, the 20-year-olds from BITS Pilani’s Goa campus had created Project Mudra, a Braille "dicta-teacher" that they believe can teach the Braille alphabet to visually impaired students who do not have access to special schools or teachers.

Their device connects a Raspberry Pi computer to a Braille hardware set – a palm-sized box with six pegs that move up and down under a user’s fingers to indicate a particular Braille letter or number. On a pair of attached headphones, users can simultaneously hear the name of the letter they are feeling.

The aim of Project Mudra, say Dawle and Srivastav, is to address the low literacy levels among the 39 million visually impaired people around the world, 20% of whom are in India. “Only 10% of the visually impaired in the United States are illiterate,” said Srivastav. In India, the literacy rates are much lower, says Srivastav, “because there is a serious lack of qualified teachers for the blind”.

Added Dawle, “While a teacher has to teach one-on-one, our device automates the repetitive process, so that users can learn Braille even in the absence of a teacher.”

The Mudra device is still a prototype that Dawle and Srivastav will be testing and improving all summer. The model is scalable from single characters to words, and from just English Braille to Braille in Indian languages. For now, Mudra has two modes: an ‘auto’ mode in which the machine plays out the alphabet sequentially for the user to memorise, and a ‘browse’ mode where the user can speak a letter or number into a microphone and it is translated, through Google, into Braille on the pegs.

The estimated cost of each piece, if produced in larger quantities, is less than Rs 10,000. “We are planning to partner with non-profit organisations in order to get logistical support for large-scale manufacturing and distribution of the device,” said Dawle and Srivastav, who were in Canada two weeks ago to showcase their invention at Pycon, an international programming conference.

Many Braille users believe the device is an interesting initiative but cannot really make up for the dearth of teachers for the blind.

“Learning the Braille alphabet is not difficult – the challenge is in improving finger sensitivity and speed of reading texts,” said Sam Taraporevala, a sociology professor at Mumbai’s St Xavier’s College and director of the Xavier’s Resource Centre for the Visually Challenged.

Taraporevala did not wish to comment on Project Mudra directly, since he has not used the device, but specified that teachers are essential to hone a first-time Braille learner’s sensitivity to tiny dots. “Students are always made to do pre-Braille activities, such as learning how to sort smaller and smaller objects,” he said.

Sandeep Singh, a visually challenged assistant professor of English at Delhi’s St Stephen’s College, believes it would be essential for a dicta-teacher like Mudra to use needle-like pegs of the same size as all standard Braille, since tactile memory cannot make adjustments for different-sized dots. While Dawle and Srivastav's prototype uses much larger pegs, they will scale it down to standard Braille size when they release the final product.

“The concept of the device is definitely promising," said Singh. "It could be useful as an added learning aid – perhaps a fun revision tool for children.” 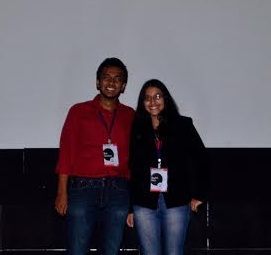 How an Indian marketing consultant created the Rs 1,500 washing machine