Contribute Now
Ad
For the tourism industry, the biggest attractions on Maharashtra's Konkan coast are the many forts associated with the Marathas and the Portuguese. But the region’s ancient history is also obvious from its numerous Buddhist and Hindu caves. Also well documented are sites associated with the Shilahara dynasty, which ruled the coastal belt from the 8th to the 13th century AD.

But there might yet be another chapter to add to the history of the Konkan. For the past ten years, archaeologists in Maharashtra have been digging along the coast, from the southern tip of Gujarat down to Maharashtra’s Sindhudurg district. They haven’t unearthed any unknown civilisations, forts or caves, but are discovering several small temple sites, sculptures, pottery fragments and artefacts that, when pieced together, could alter long-held perceptions about medieval life in the Konkan.

“The Konkan has seen minimal archaeological activity so far, and the history we know is derived from tons of inscriptions from the Shilahara period,” said Kurush Dalal, one of the prominent archaeologists excavating in the Konkan today. Those inscriptions, however, tell us mainly about the lives of the kings and royalty.

“Now, we are discovering facets of ordinary medieval life in the Konkan and evidence of flourishing international trade and a vibrant economy all through the coast,” said Dalal.

It began, in many ways, with Dalal’s own excavations at Sanjan between 2002 and 2004. Situated just north of Maharashtra on the coast of Gujarat, Sanjan is considered, by India’s Parsis, to be the place where their Zoroastrian community first landed after fleeing from Iran in the 7th century AD. and the place where they lived until an Islamic invasion in the 14th century drove them to other parts of the sub-continent.

The aim of Dalal’s excavation – conducted jointly by the World Zarathushti Conservation Foundation, Pune’s Deccan College and the Indian Archaeological Society – was to determine if there was indeed any Zoroastrian presence in the past in the vicinity of modern-day Sanjan. This was established conclusively in 2003, when Dalal and his team found the remains of a brick Tower of Silence, almost a 1,000 years old.

“Surprisingly, we also found fragments of lots of West Asian ceramics, glass, beads and coins, dating back to the 9th and 12th centuries, which proved that there had been active trade with Persia in those times,” said Dalal.

Since trading ports cannot exist in isolation, archaeologists realised there were bound to be more such sites in the region. Since then, several archaeologists, particularly from Mumbai University and Deccan College, have explored and excavated at least eight sites along the Konkan. They are still working on some of them.

Near Chaul, a town south of Mumbai in Raigad district, Deccan College professors and archaeologists VD Gogte and Abhihit Dandekar began excavations in 2004. They found several fragments from the early historical era between the 1st and 4th centuries, such as some Roman pottery, beads and 2nd century coins. “The material continued up to the 7th century, indicating that the port was used for trade for a long period of time,” said Dandekar.

They also found rare “micro-beads”, which, when analysed, were found to be identical to ones found on the east coast of Africa, establishing trade links between the two continents. By 2009, Dandekar and Gogte had dug up to four metres underground and unearthed fragments dating all the way up to the 16th century. 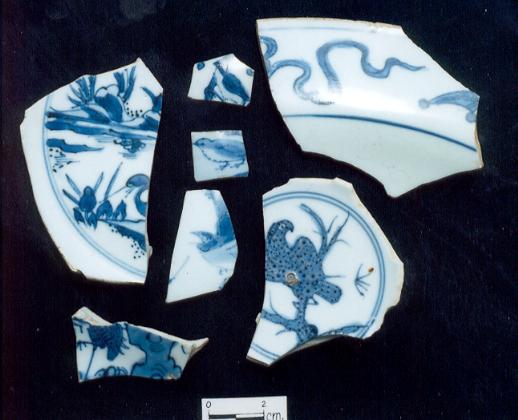 The Deccan College team then began to explore Chinchani, a northern Konkan site mentioned in inscriptions at ancient caves in Nashik. They found evidence that the town was inhabited as early as the 3rd and 4th centuries. Most importantly, they found two shards of a unique style of Persian pottery that dated back between 950 and 1050 AD. This was crucial evidence of Indo-Persian trade at the site.

In Pendur, a village in Sindhudurg, Dandekar and his team found two sets of Jain stone images, dating to the 10th -11th century and the 13th - 14th century AD. There was also a Jain temple plinth that they concluded was built by Shilahara king Gandaraditya of Kolhapur, known to be a patron of Jains. “Before this, we knew of Jain communities from the medieval era only in interior regions like Kolhapur and Satara, not the Konkan,” said Dandekar.

Meanwhile, archaeologist Suraj Pandit, a professor at Mumbai’s Sathaye College, began exploring sites at Sopara, a suburb just north of the city. Sopara is already known for an 8th century Buddhist stupa excavated in 1882. Not far from there, Pandit’s team found a cluster of two temple remains and one habitational site, with distinct sculpture styles that helped them date them to the 10th or 12th century AD.

“We found a lot of stone fragments scattered in agricultural fields in the area – locals have been using them to demarcate their fields and were not aware of their archaeological significance,” said Pandit. The fragments include broken temple pillars, sculptures, pre-Shilahara inscriptions in Sanskrit and Brahmi scripts and pieces of pots and terracotta. 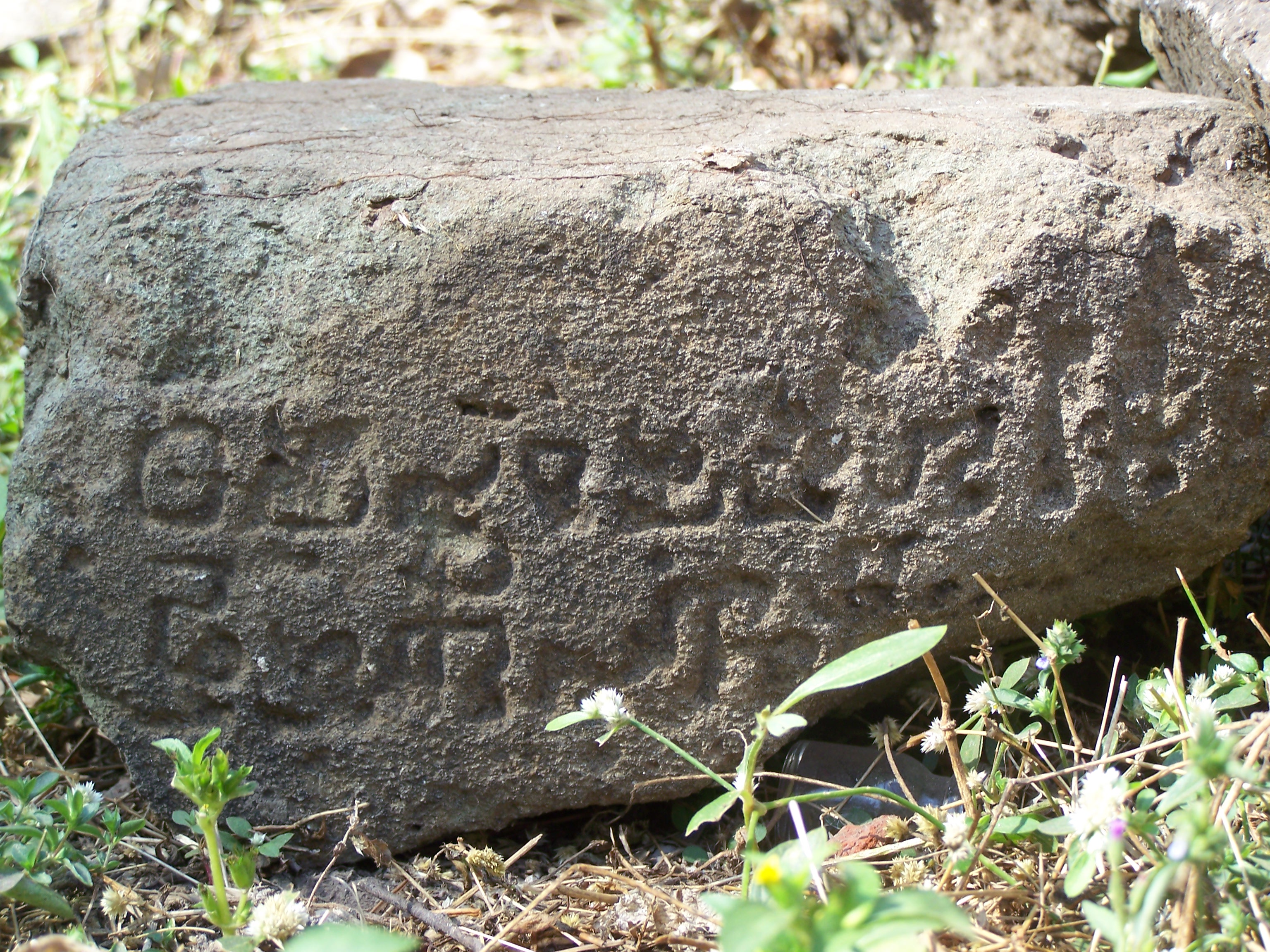 An inscription found in Sopara.

One of the largest discoveries has been at Chandore, in Raigad district, where Dalal, along with his part-time archaeology diploma students at Mumbai University’s Centre for Extra-Mural Studies, has been digging for the past four years. So far, they have found remains of 11th and 12th century Shilahara sites, including two stone temple complexes, a water tank cut in laterite rock and numerous stone idols of Shiva, Nandi and a reclining Vishnu, as well as several hero stones – large stone tablets with engraved panels that depict the stories of human heroes.

A cluster of hero stones was also found at Indapur, just off National Highway 17 between Mumbai and Chandore. The stones, about 700 years old, are unique because they “depict marine imagery and indicate that Indian merchants of the time possessed a certain naval prowess”, said Dalal, who believes the stones need urgent protection because they could be destroyed if the highway is widened.

All of these explorations have been conducted with the permission of the Archaeological Survey of India and the Maharashtra state department of archaeology and museums. Analysis of the data involved collective efforts by specialists in epigraphy, numismatics and the study of beads and glass. Their reports have already been published in academic journals, and new sites are being identified all the way down to Goa and Karnataka for future study.

“Now that exploration is in full swing, it is easy to connect the dots between different sites on the map,” said Dalal. “From Sanjan in Gujarat to Goa, we have already almost found continuous trade route links between the sites,” he said.

While Sanjan, Sopara and Chaul were once busy ports for trading various goods with Arabia and West Asia, inland towns like Chinchani and Chandore were once important centres along trade routes.

“There has been a perception that medieval Konkan only had a barter economy, but all our findings indicate that there was also a vibrant cash economy in the region, which prospered because of the trade and made possible the various temple complexes and towns,” said Dalal.

In fact, till the 1980s, many historians believed that all of medieval India was feudal in its socio-economic structure, including the Konkan. “The evidence at Sanjan itself completely shattered this theory,” said Arvind Jamkhedkar, a senior archaeologist and former director of the department of archaeology and museums in Maharashtra. Jamkhedkar was among the first to find traces of an ordinary Shilahara settlement at Sonare, near Kalyan, about two decades ago, at a time when only temples from the period had been studied.

According to Dandekar, one of the reasons the Konkan region had not been given too much archaeological attention in the past was because of its wet, rainy climate and dense vegetation, which made it difficult to identify sites.

Delhi-based historian and archaeologist Nayanjot Lahiri believes it is not just the Konkan that had been specifically neglected, but medieval sites across most of the country. “Unfortunately, in India, the study of archaeology is seen as being relevant for ancient India and not in the same way for later periods,” said Lahiri. “I cannot think of any medieval or modern history programmes in India which take up the archaeology of their time periods in any depth.”

Now that excavations of medieval sites are being taken up in the Konkan, experts hardly find it surprising that the work is all spearheaded by academic institutions rather than government bodies. According to Lahiri, such “academisation” of archaeology has been at work since the early 20th century and must continue on a larger scale for the field to progress.

The problem, however, is that there are very few institutes today that teach archaeology or its associated specialised fields, like numismatics, epigraphy or ancient Indian culture. “The old methods of Indology have found a certain cold shoulder amongst historians, for whom perspective-based debates and interpretation matter more than the need to establish core facts,” said Shailendra Bhandare, a numismatist in the faculty of oriental studies at Oxford University. Bhandare believes the field needs to be made “sexy” again.

In the Konkan, academic archaeologists seem to have struck that chord, and Mumbai University now plans to institute a full-fledged degree course in archaeology, says Dalal. Meanwhile, Pandit believes the government should start playing a more active role in preserving and generating public interest in the various sites discovered recently.

“The ASI typically excavates large sites, but on the Konkan, you find many small sites such as these,” said Pandit. “The state government should take them up for study and conservation.”

Postcards from the future: Buses pulled by whales and rooms heated with radium