Contribute Now
Ad
Schoolchildren hooked up to wired helmets that feed them the contents of books, a bus tied to a whale ferries passengers underwater through the sea, a postman flies through the air to deliver letters in rural France. If the ideas seem strange, it is perhaps intended – they are the subject of a series of postcards issued between 1899 and 1910 that depict France as it could be in 2000. 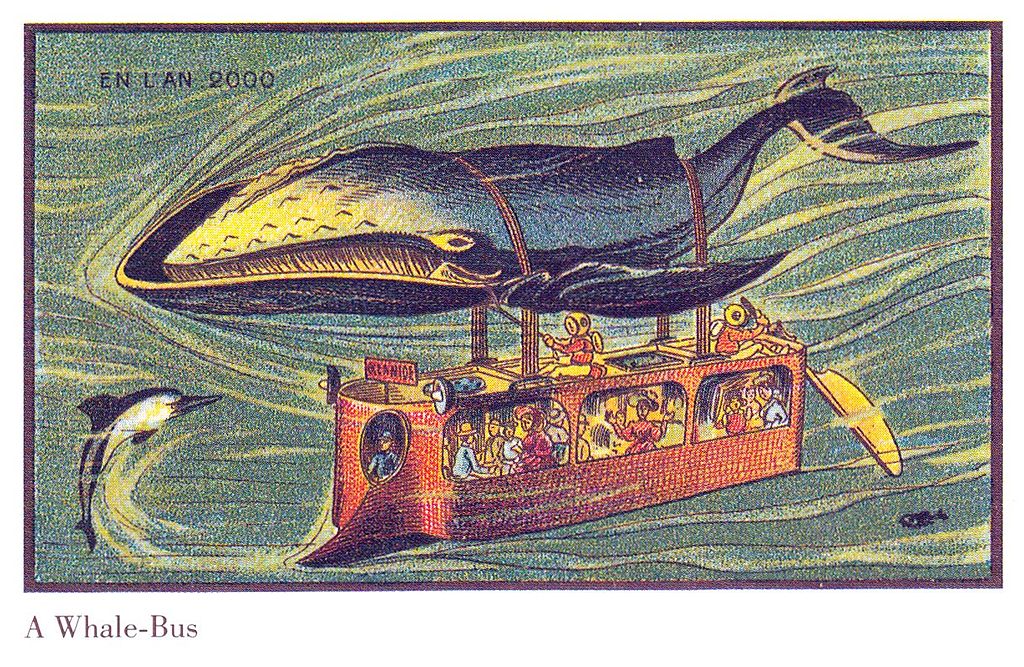 A team of artists, of whom a certain Jean-Marc Côté is the only one named, worked at the turn of the century to produce at least 87 illustrations of what they imagined France would resemble in 2000. Their illustrations were initially meant to be inserts for cigarette packs but were later issued as postcards. They were also widely distributed at the Exposition Universelle in Paris in 1899.

The postcards disappeared from public sight for decades, until Isaac Asimov discovered a set and published them in a book titled Futuredays: A Nineteenth Century Vision of the Year 2000 in 1986. 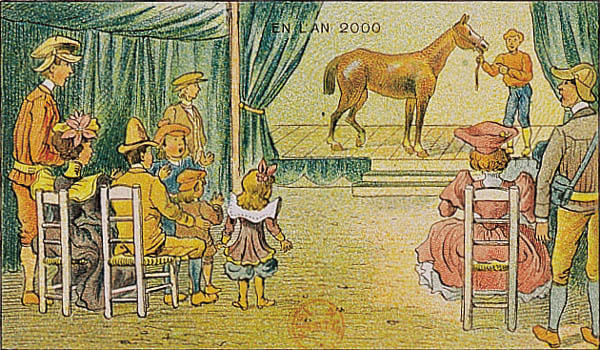 If the images bear resemblance to the present, it seems more a matter of coincidence. A horse presented to children as a curiosity, for instance, is something that seems familiar today, as might an electric scrubber, an electric train and chemical food.

Others seem farther off the mark, either because, as with aerial travel, our technology shifted in different directions or, as with underwater travel, because they might be yet to come. And of course today we know that any room heated with radium is one to stay well away from. 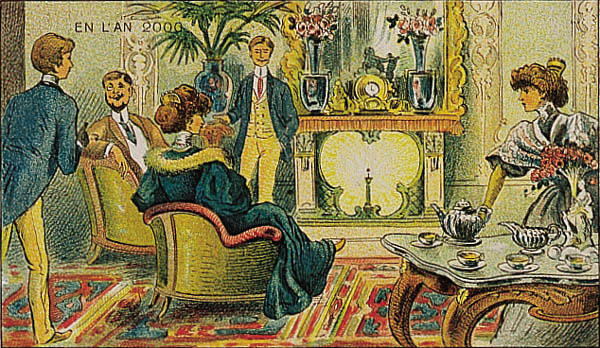 But imagining the future is never an easy task. Sixty years after Côté and team’s efforts, there was another famous attempt – the children’s animated television show, The Jetsons. Set in 2062, the show featured a nuclear family in the space age, modelled along gendered stereotypes that seemed antiquated just decades after it started airing in 1962. And even today, we are no nearer to flying cars than people were in 1899.

Here are a few images from that collection: 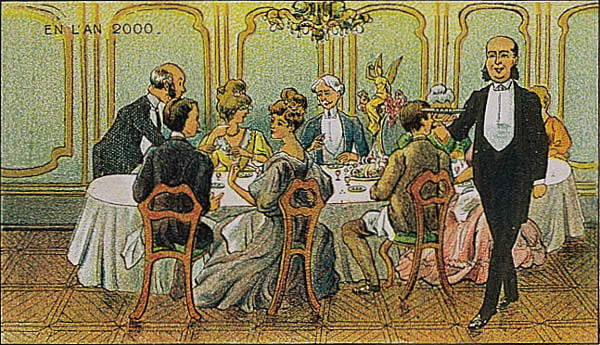 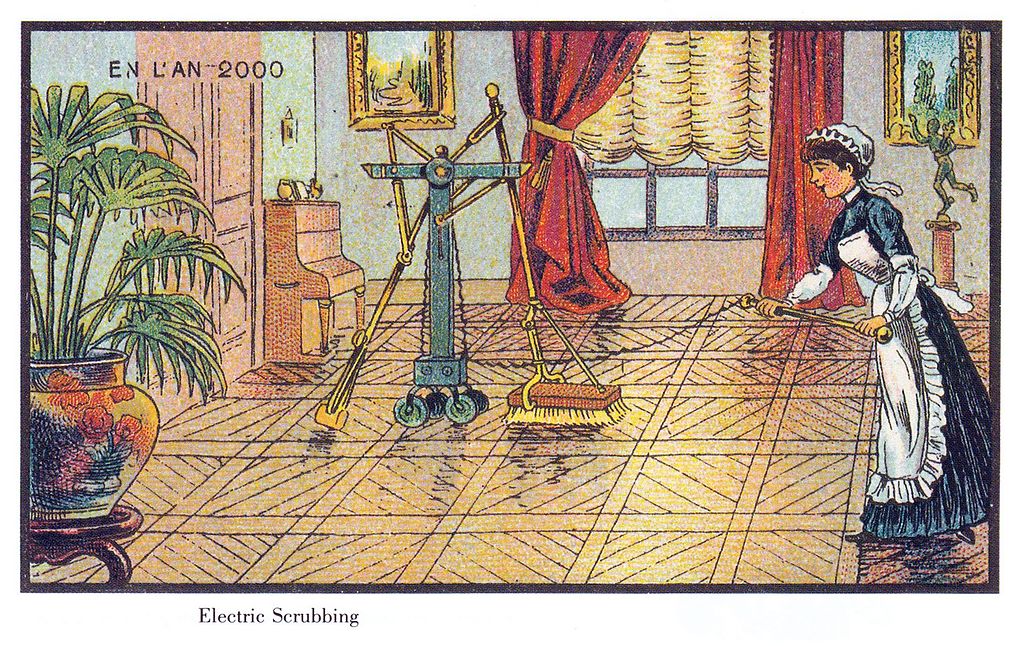 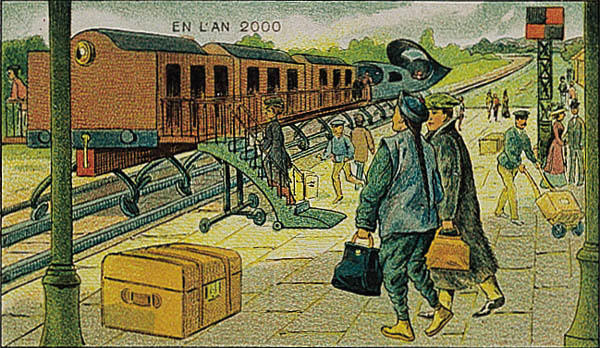 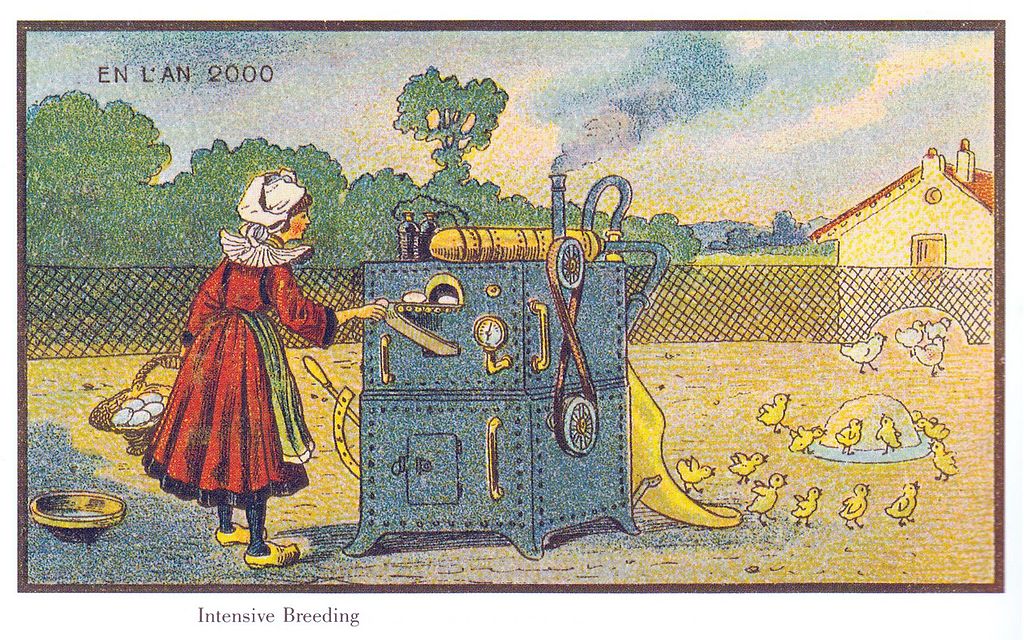 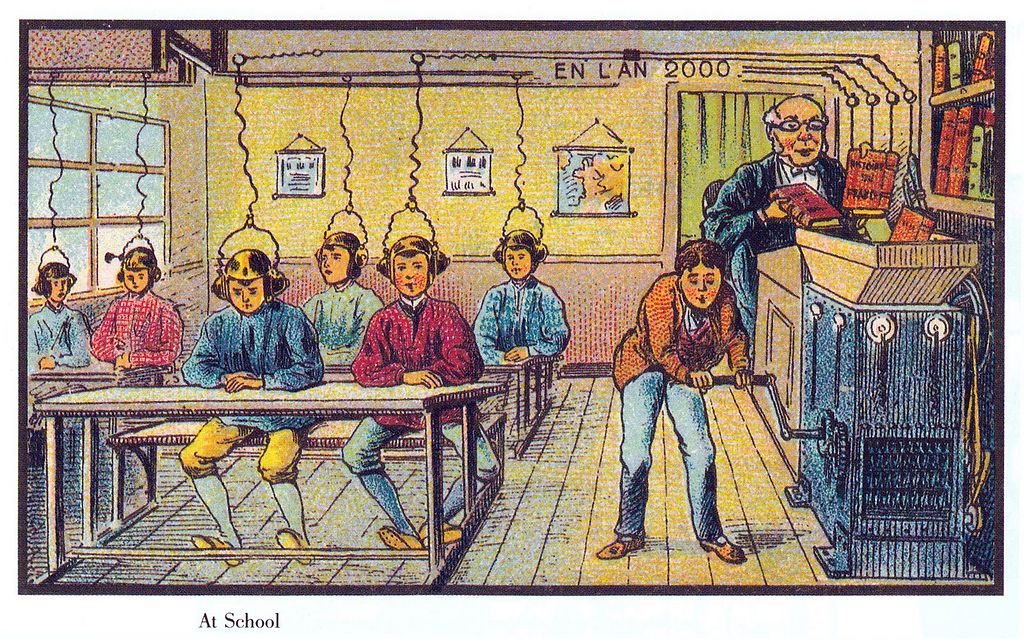 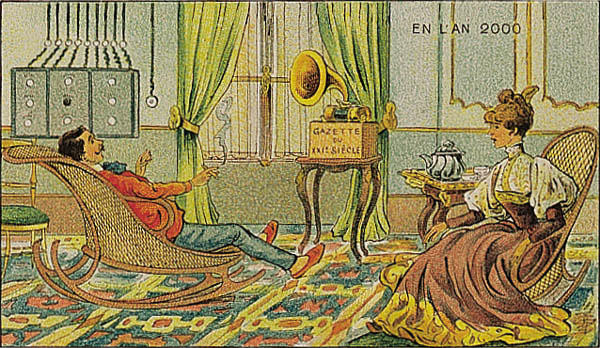