Contribute Now
Ad
For a long time, one of the chief differences between Western and Asian societies has been chalked up to a simple theory of modernisation. Social psychologists have held that as countries modernise, people grow more analytical and individualistic, while less developed nations remain more collectivist—a hallmark of many East Asian cultures.

Now, another theory is emerging: Communities that grow and eat rice are more interdependent, while those that farm wheat are more independent. A new study published in the magazine Science claims that rice-planting breeds collectivism that’s passed on through generations, creating what the researchers call a “rice culture.”

Planting rice requires social coordination. Because rice is grown in standing water it requires elaborate irrigation systems, where one farmer’s water usage directly affects another’s. Building, dredging, and draining a rice paddy often requires the work of an entire village; the labour, says the study, is typically twice as much as that of farming wheat, which doesn’t necessarily need irrigation. (Rain falls on wheat farmers’ fields whether they cooperate with each other or not, the researchers note.)

To study this theory, Thomas Talhelm, a researcher from the University of Virginia surveyed 1,162 university students in China, home to two distinct rice and wheat regions. Rice is grown mostly in the south while wheat is raised and eaten in the north. 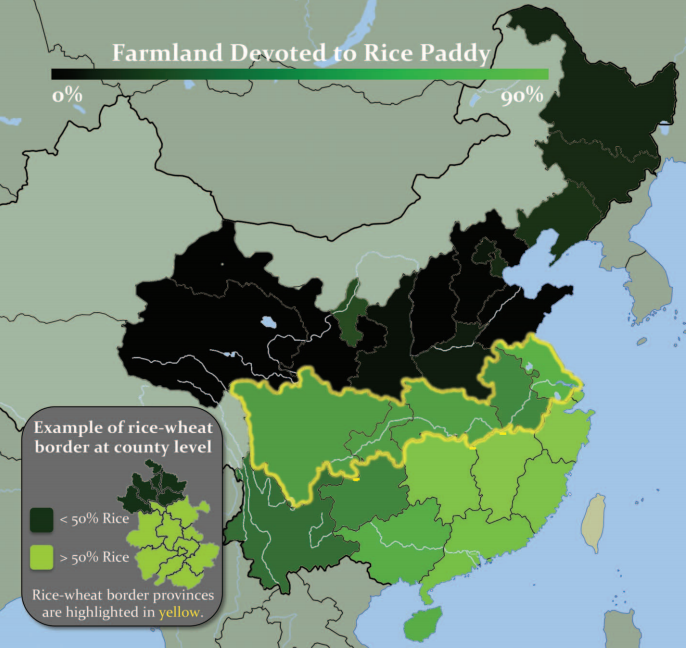 To control for differences in temperature, the researchers also studied rice and wheat growing border regions where the climate differences are fewer. Large-Scale Psychological Differences Within China Explained by Rice Versus Wheat Agriculture, Science.

To measure their sense of individualism, the researchers had the subjects draw a diagram of their social network, including themselves and their friends represented by circles. (Previous studies have shown that Americans are likely to draw themselves about 6mm bigger than others, while Europeans draw themselves 3.5 mm larger and Japanese draw themselves smaller.)

The study results found that those from rice-growing regions were more likely to draw themselves as smaller than those from wheat regions. (“We take this as an unconscious measure of individualism or the importance of the self,” Talhelm said.) 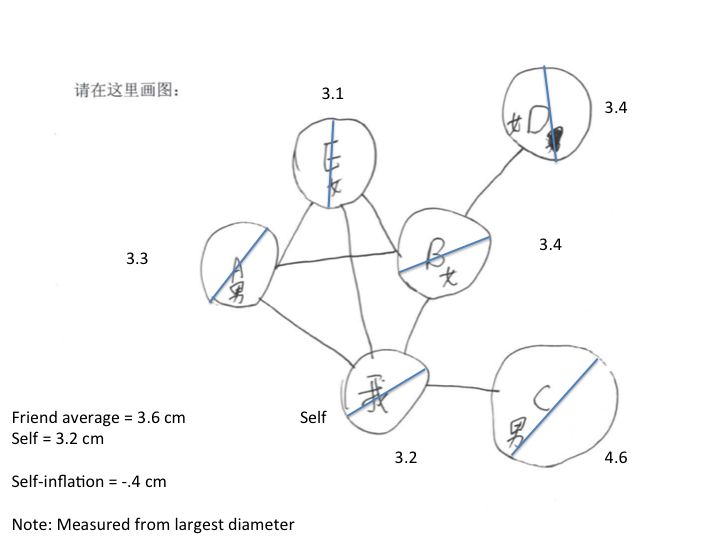 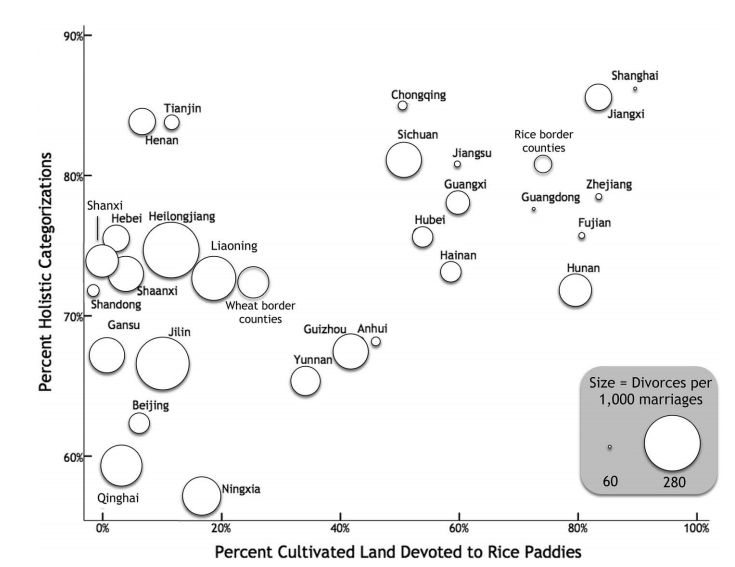 Given that developed wealthy economies in Japan, South Korea, and Hong Kong still display strong collectivist cultural traditions, the “rice theory” may go a longer way to explaining differences between Western and East Asian cultures. (Rice is a staple in half of the world, mostly Asia, while wheat has traditionally been grown in the West.)

“Of course, rice and wheat cannot explain everything,” Talhelm tells Quartz. “There are still differences between people in China’s wheat areas and wheat-fed Westerners.”

This post originally appeared on Qz.com.
We welcome your comments at letters@scroll.in.
Ad