Contribute Now
Ad
When Narendra Modi's stunning election victory was announced on Friday, Open magazine decided to hail the winner's steely resolve with a headline declaring Triumph of the Will. The magazine had formally endorsed Modi's candidature, so its cover caused a great deal of debate. Were Modi's supporters at the publication really stoking his critics' greatest fears by making a reference to the title of Leni Riefenstahl's classic Nazi propaganda film? 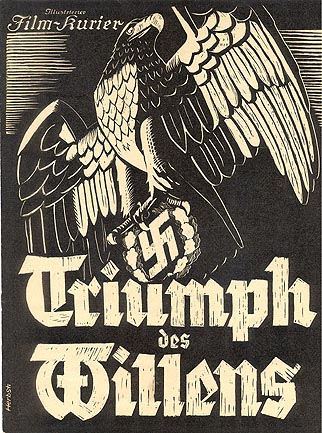 Given that most Indians do not seem especially disturbed at the sight of Adolf Hitler's Mein Kampf being sold at railway kiosks and that stores bearing the Nazi leader's name open with alarming regularity, it seemed as if Open's editors had also failed to comprehend the barbarity of the title they had employed.

Eight decades since it was made, Riefenstahl's documentary continues to be studied by PR, advertising and film professions for lessons in how to manufacture adulation for a subject. Triumph of the Will is especially remembered for using low angles to inflate Hitler's appeal.

The issue of Open is exuberant in its enthusiasm for the new prime minister. It has advice for him on his domestic and foreign policies, as well as an article on his sex appeal. "He's like that single uncle you fancy who occasionally comes over for meals," posits actress Meghna Patel. Adds a former Miss India America named Pria Warrick, "He just looks so wild – like a lion in that beard of his. And in a way, quite hot."

When Scroll.in phoned Open editor S Prasannarajan to ask what exactly the headline attempted to convey, he asked us to call back in an hour. He has since declined to accept our calls, and has not responded to text and email messages. 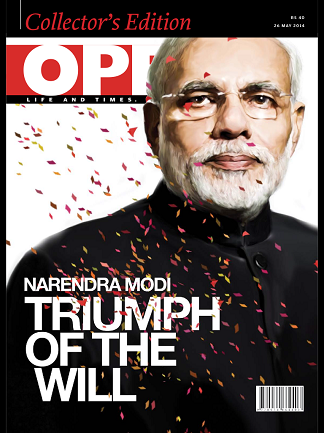 However, Modi isn't the first Indian politician to be praised by invoking the Nazi film. In 2007, Yusuf Ansari wrote a biography of Sonia Gandhi titled Triumph of Will. As with the editors of Open, Ansari is unlikely to have been motivated by malice. He is the great grandson of MA Ansari, a former president of the Indian National Congress, and has himself been a member of the department of policy planning and coordination of the All India Congress Committee. 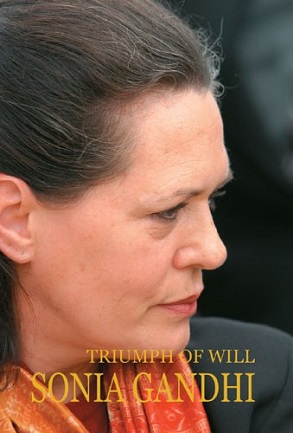 Despite our best intentions, Scroll.in was unable to ask him about the title because Ansari is deep in the Ranthambore Sanctuary and inaccessible by phone, his agent Anuj Bahri said. Triumph of Will , says the blurb, is not a conventional biography "since it does not concern itself with the life of its subject, Sonia Gandhi, until she became relevant politically".  Instead, the book "is a narrative about Sonia Gandhi the politician and before that, Sonia Gandhi the political entity around whose silence the Congress party and its politics revolved".

Bahri, Ansari's literary agent, was also reluctant to discuss the title of the book without speaking with his client first, but said that they had come up with it together.

Meanwhile, here's the Riefenstahl film that still has the capacity to cause revulsion 80 years after it was made.