Contribute Now
Ad
Over the last few weeks, scores of foreign journalists converged on India to witness the world's biggest exercise of democracy in action. For some strange reason, the election has attracted an unusual amount of attention from US comedy shows.

In a clip that went viral, comedy show host John Oliver berated the US media for ignoring the Indian elections, and followed up with another segment complaining about the brain-numbing use of graphics on Indian news channels.

Not to be left behind, Oliver's old boss, Jon Stewart of the Daily Show, dispatched reluctant reporter Jason Jones to India. Braving dysentery and the sweltering weather, he's been filing a segment titled India Jones and the Election of Doom.  As he observed the election process, he learnt a great deal about the Indian media: he interviewed CNN-IBN anchor Rajdeep Sardesai and went on to buy his way into The Millennium Post.

The Millennium Post has since taken the article off its website, but here's a screen shot of it. 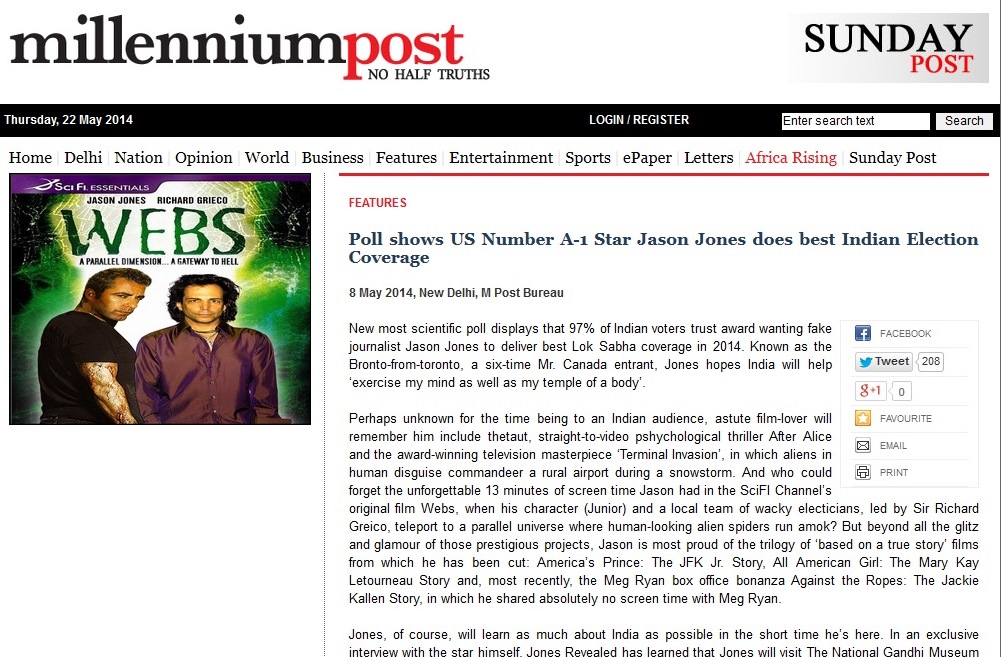