Qatar has received a torrent of bad press recently as attention has been focussed on the hazardous conditions under which labourers building facilities for the 2022 FIFA World Cup live and work. But far from the heat of Doha, in the Kerala village of Beypore, where a small fleet of luxury yachts is being built for the tournament, workers insist that Arabs are better employers than local contractors.

“Yeh accident ka kaam hai,” said Kandamperambil Raju Nellore, the 62-year-old master carpenter at Beypore, who is one of two people overseeing the creation of eight yachts commissioned by the sheikh of Qatar. This is an accident-prone work. “But if one of us gets injured, the Arabs make sure we get fully compensated.”

He pointed out Somasundarayya, who lost two of his toes after a heavy beam came crashing down on his foot last year. He now wears therapeutic boots and can no longer climb rickety ladders to get to the interiors of the ship. On the day we visited, Somesh was seated outside, paring foot-long wooden struts for the ship looming above him.

“The Arabs gave him Rs 2 lakh as compensation and took him to the hospital for treatment,” said Raju. “Malabari contractors would not have done as much. The [Indian] government does not even get involved.”

It isn’t surprising that the rulers of Qatar have chosen to have their yachts created so far away. Beypore, 10 km south of Calicut, is no ordinary shipbuilding village. In the centuries-old tradition of trade across the Arabian Sea, Beypore was famous for crafting sturdy ships and dhows made entirely of teak wood from the local forests.

Kochi and Calicut (which is also known as Kozhikode) were renowned ports of trade, visited by Arab, Chinese and European merchants. Seeking Indian spices and silk, these traders would sail to the Malabar shores on the winds of the southwest monsoon. The Malayalis who migrated to the Gulf in droves in the twentieth century were only following routes established over the centuries.

But over the last few decades, as the demand for wooden cargo ships declined,  Beypore lost its prominence. Ship-builders began to move to other trades. But those who survived continued to make fishing boats and small dhows the old-fashioned way, entirely by hand.

With the commissions from Qatar, there’s new life in Beypore.

Fifty craftsmen are working on the sheikh’s yachts, which are far more luxurious than the dhows Beypore usually builds. The largest yacht is 180-ft long, the largest ever made in Beypore, where the biggest fishing boats are only 40 feet long. This yacht took three years to make and left Beypore for Qatar only last month, to be fitted with three Japanese engines and plush interiors.

It was the fourth yacht of the commission to be completed. Now, two are under construction in the yard, and two more are in waiting. Each yacht costs Rs 6 crore-Rs 7 crore.

The sheikh was prudent to place his order so long before the event. Ship-building in Beypore is a laborious process. The craft are built almost entirely by hand, from fashioning the basic skeleton to caulking and to being rolled out to sea. Before that, though, a worker is hired to massage fish oil into every last plank. In addition to a fee, he gets soap, water and new clothes. “It smells a lot, so we don’t do it ourselves,” said Raju.

Among the few concessions to modern technology are metal cutters for the steel nails and electric saws. Raju keeps the design for all the ships in his head and not on paper.

In the tradition of elders never being satisfied with the young, Raju says the workers now at the yard are not all entirely satisfactory.  “The youngest person here is 22 years old,” he said. “But he has a lot to learn. If he proves satisfactory, he can stay. A lot of the younger people treat this only as a time-to-time job. They come in the morning, go in the evening.”

He looked around at the now empty yard – workers had left for the day. “But there are three or four people who are good, who think about the ship,” he said. “They don’t come only for timepass.” 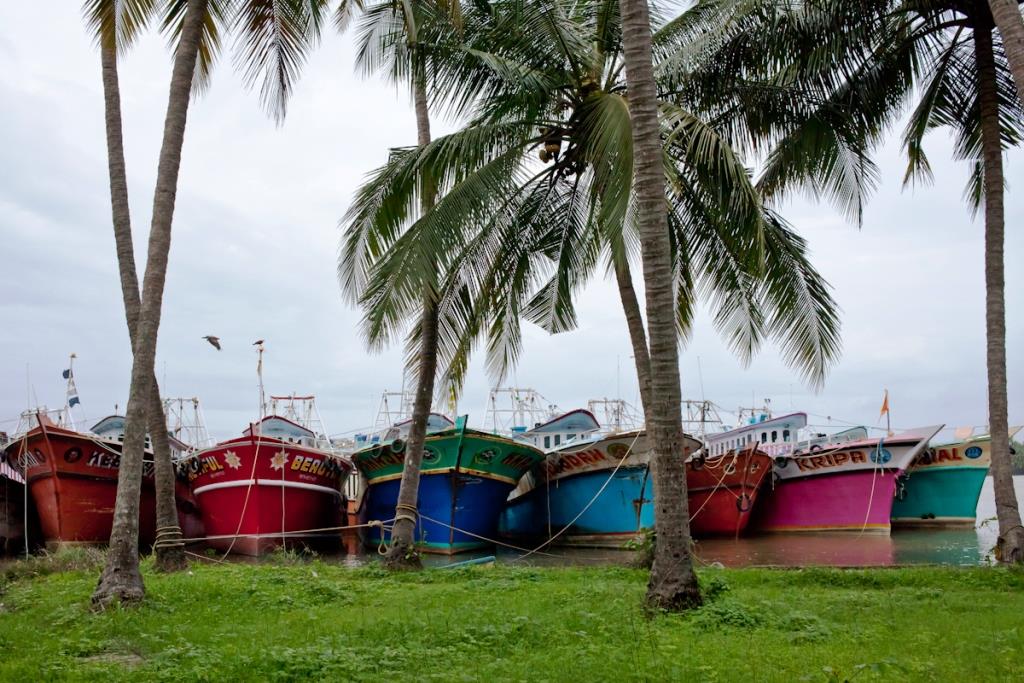 In one of India's wettest places, researchers chase and find new species of snakes in the wild