We crossed the Western Ghats from Wayanad to Mysore, only to find we’d arrived two weeks before the monsoon. Clouds that on the other side of the ghats at least bore the promise of rain remained resolutely white right through our stay.

On June 9, Jayalalithaa, chief minister of Tamil Nadu, petitioned Prime Minister Narendra Modi to arbitrate in the longstanding dispute between the governments of Karnataka and Tamil Nadu over how the waters of the Cauvery river are to be shared. This was the latest of several such requests that have been made over the years.

The Cauvery originates in the Kodagu district of Karnataka, one of the most verdant stretches of the Western Ghats. The importance of the river to the region, especially to agricultural yield, is such that the conflict between the two southern states shows no sign of resolution. Several crucial agricultural districts in both states fall along the Cauvery. As farmers shift away from rainfed crops to crops that require yearlong irrigation, access to non-monsoon sources of irrigation becomes even more vital.

Like many of India’s rivers, the Cauvery is rain-fed. Yet, it brings bounty not only to farmers living within its catchment area, or of residents of cities who get their water supply from it. Also along the banks are small communities of landless fishermen who live directly off the river.

Nisarg Prakash, of the Nature Conservation Foundation, has spent the past two years travelling down the Cauvery by road and raft, in a bid to map its biodiversity, and track river otters, called neernais in Kannada.

He has worked towards these goals by enlisting the support of people living along the river. He introduced me to Shivanna, one such conservationist. A young fisherman who lives in Talakadu, a village to the east of Mysore, Shivanna met Prakash a year and a half ago, when he was conducting preliminary research for the Cauvery survey. Shivanna now works part-time with the Nature Conservation Foundation, keeping an eye on local wildlife and any possible transgressions. 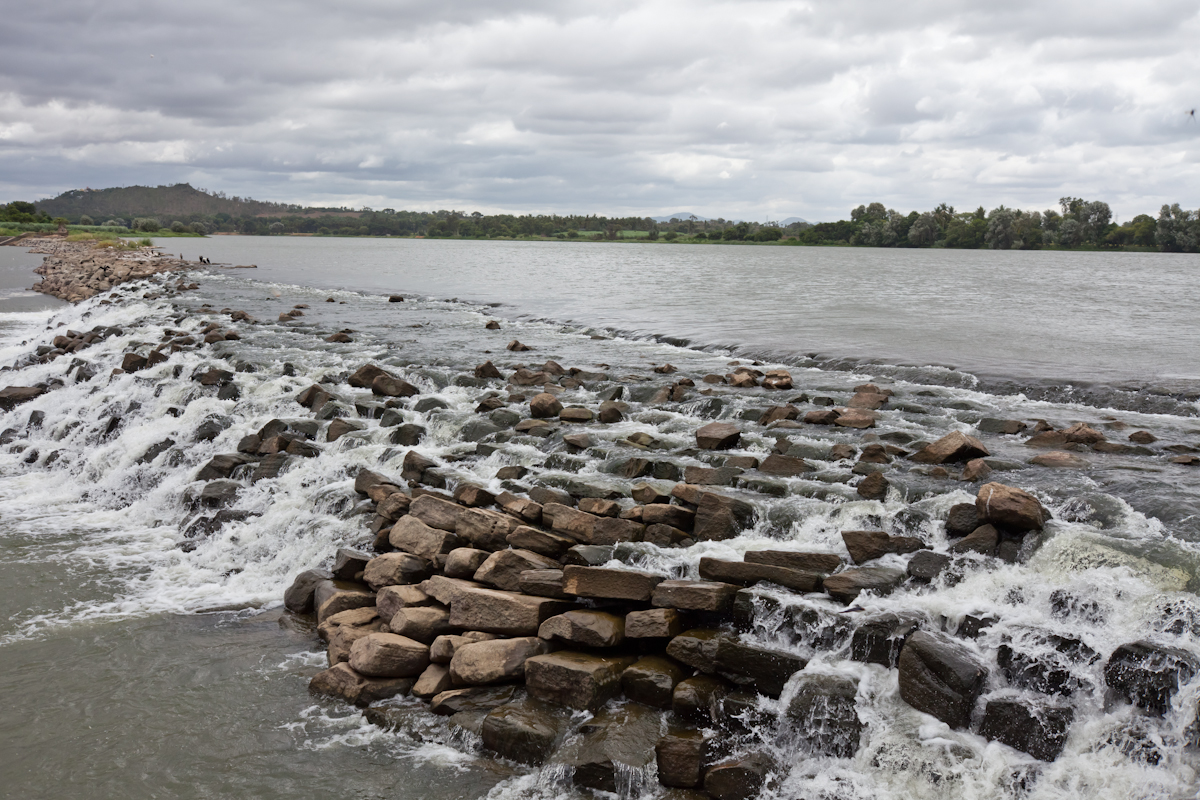 Quite close to this village stands the Madhav Mantri dam, a 600-year-old structure believed to date back to the Vijaynagar empire, and one of the oldest functional boulder dams in the country. It stores a moderate amount of water, enough to be used for agricultural purposes. It is also low enough to permit fish to travel upstream to breed during the monsoon.

By the time we reached the dam, the fishing nets had been gathered for the day. Shivanna pointed out a group of people perched upstream – he called them “picknickers” – who had already caught several fish through hooks and lines.

State administrations might squabble and rage over who gets how much water, but the fishermen we met along the river seemed somehow insulated from these pressures, while simultaneously moved by others.

“Can they take away all the water in the Cauvery?” asked one of these fishermen, Vallaya Mahadeva Talakadu, when we questioned him about the myriad disputes about the river. “Then we will always have space to fish.” During the first 15 to 20 days of the monsoon their catch is exceptionally good, another of this group of fishermen explained, because the water rises. This allows for more movement of fish, which means more get caught in their nets. The fishermen spread their nets across the river during the afternoon, at around 3 pm, and bring their catch in at 5.30 the next morning.

Another fisherman said that the catch had reduced over the years, but was unable to pinpoint precisely why. One reason, I was told, is that last year there was a breach in the check dam at the height of the monsoon, in late August. The state government is still rebuilding it, and has banned sand mining up and downstream until it can be fixed.

It seems ecology and economy combine to make life as a fisherman extremely difficult in India today. Fishing, I was told, was only the choice of those with no other trade. Many fishermen today did not come from fishing communities, learning the trade from scratch from their peers.

“People who own land don’t usually fish,” said Nagesh Talakadu Hosabeeda, one of those whose father was a fisherman. “If we owned land, we would not be fishing.”

All they need is a license (in practice, optional) from the department of fisheries to be allocated a small stretch of river where they can fish. This year, licenses have become a problem: the fee has been increased from Rs 240 to Rs 1500. Most of the fishermen have not yet decided what to do about this.

“Anybody who wants to can apply for a licence, said Mahadeva. “Even people who don’t fish get licenses because they want the government benefits: loans, bicycles, nets, boats.”

“It comes to this,” said Shivanna. “If they seed the rivers with fish, as they have been promising to for many years, we will pay the fee. If they don’t, we will just fish without a license and see what happens.” 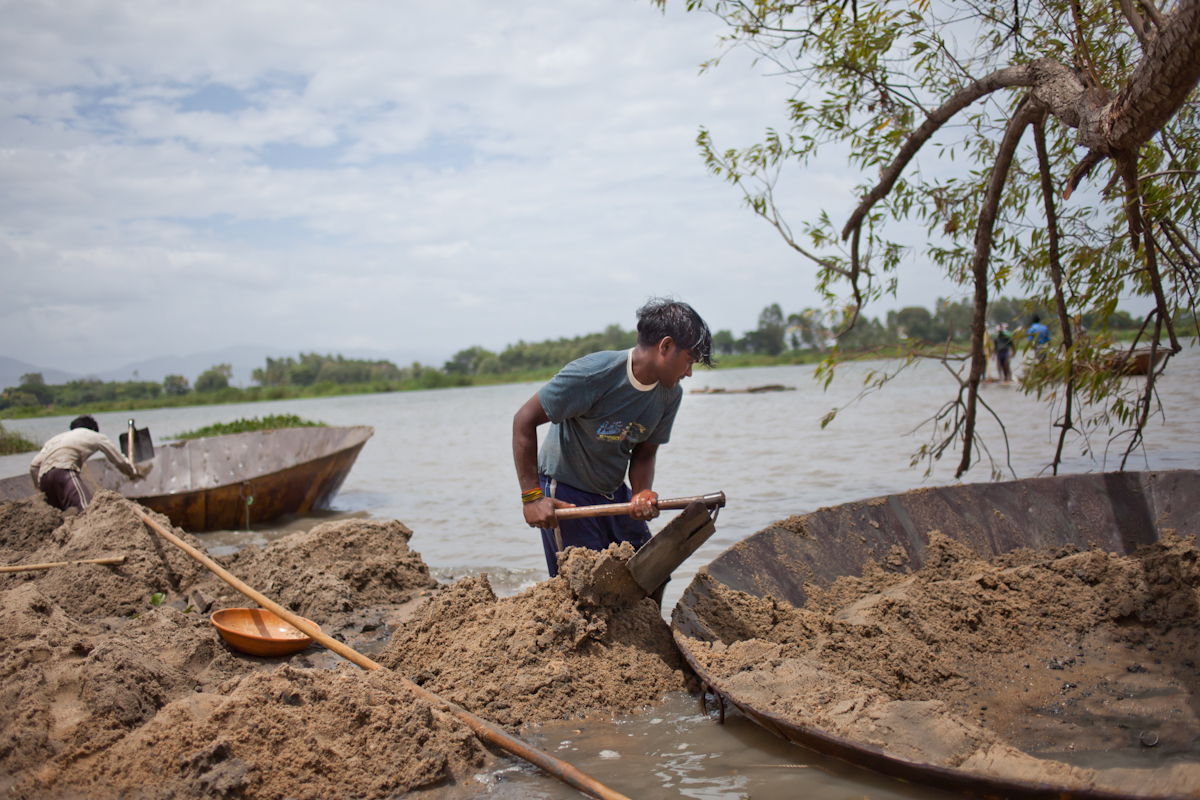 Dynamite fishing used to be a rampant problem in Talakadu until Shivanna and a group of fishermen began to catch perpetrators and hand them over to the police. People throw single dynamite sticks – usually sourced from quarries, said Prakash – into strategic points at the river, causing fish and other wildlife in the blast radius to die immediately. This increases the catch, but causes a lot of long-term damage.

As we spoke, Mahadevshah, at 70 years one of the oldest fishermen in the area, wandered by. He said the catch had reduced because they were more fishermen here. He also said there was less rain now than when he was young. Mahadevshah is one of the few people who still practices the traditional system of netting, called maniballe. Maniballe involves cordoning off increasingly smaller sections of marshy areas in the river. It has fallen in popularity because it requires more manpower.

Older understandings about communitarian living and sharing of natural resources are also fading as the demands from the government rise. “Earlier we used to let people fish in our areas even if they did not have a licence,” said Nagesh. “But now if we have to pay Rs 1500, then perhaps we will have to chase them away.”

Waiting for the jaggery clouds: how the monsoon seeps through Kerala's language and songs