Jul 01, 2014 · 07:26 am
Mridula Chari
In 1915, as World War I lurched into its second year, the British government's India Office reluctantly allowed an American photographer to accompany two infantry units, Lahore and Meerut and the first and second Indian Cavalry Divisions, to the war in France.

The son of an American minister from Ontario, HD Girdwood was something of a veteran India hand. He had first visited the country in 1903 for the Delhi Durbar and returned several times afterwards for more photo assignments. He was in India when the war broke out.

After he pestered officials and promised to contribute his photographs for propaganda, the India Office allowed him to travel to France. He arrived in France on July 22, 1915, having received permission to shoot only for 15 days. He later got permission to photograph Indian soldiers as they recovered from injuries at Bournemouth and Brighton.

Popular cinema suggests that World War I had nothing but a continuous series of soldiers lying in sodden trenches crawling with leeches and lice, who from time to time emerged to shell opposing trenches. This is partly true. Both the Allied Powers’ and Central Powers’ soldiers had begun to entrench themselves as early as September 1914, just two months after the war began, and the last trenches were cleared only after the war ended in 1918.

But soldiers did not spend all their time in the trenches. They regularly retired from the front lines to rest at more securely held ground behind.

The India Office restricted Girdwood to the rear, which is why so many of his photographs depict soldiers at leisure. They cook, wrestle, play music or football. While it later emerged that several of his combat photographs were staged, we don't know whether this was true of the rest of his images. The deceptive tranquility of some of these images might have something do to their eventual use for propaganda. Several of the photographs have extensive captions, written in blandly optimistic tones. These, presumably, were meant to keep spirits up.

This April, the British Library digitised their Girdwood Collection. This is a selection from their archive, along with the original captions. 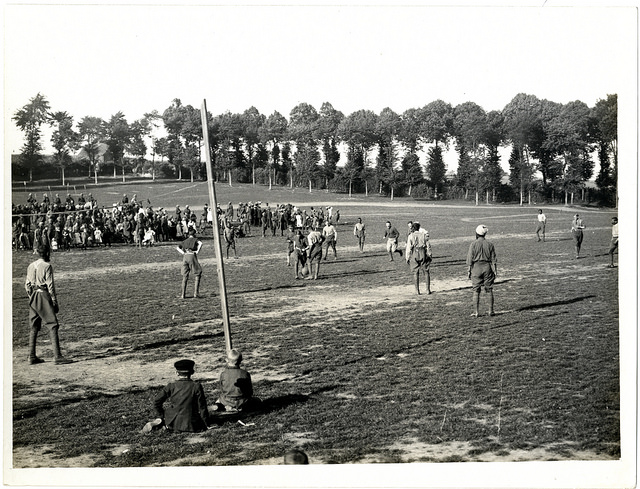 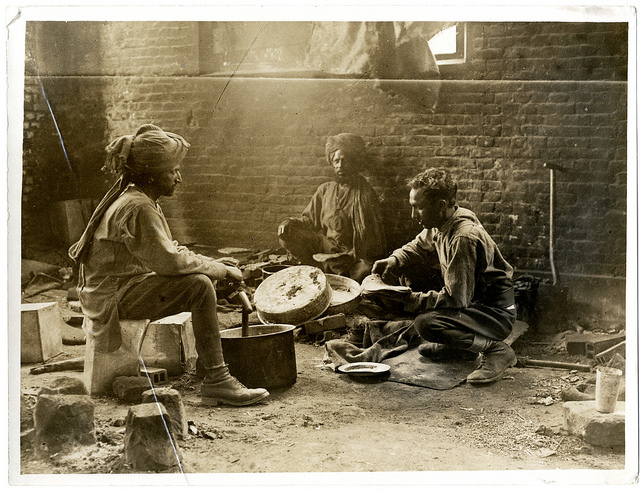 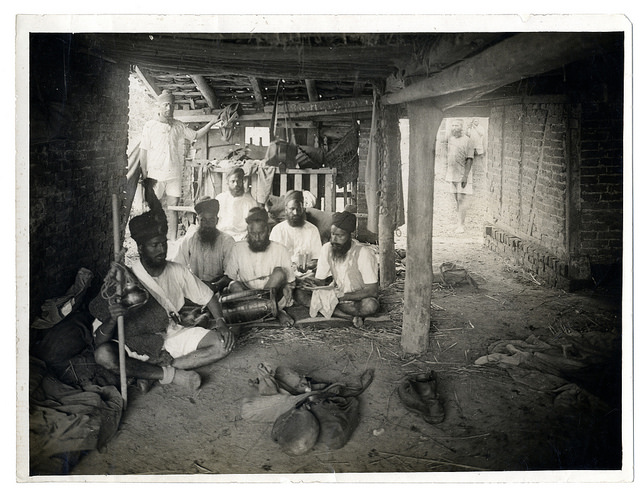 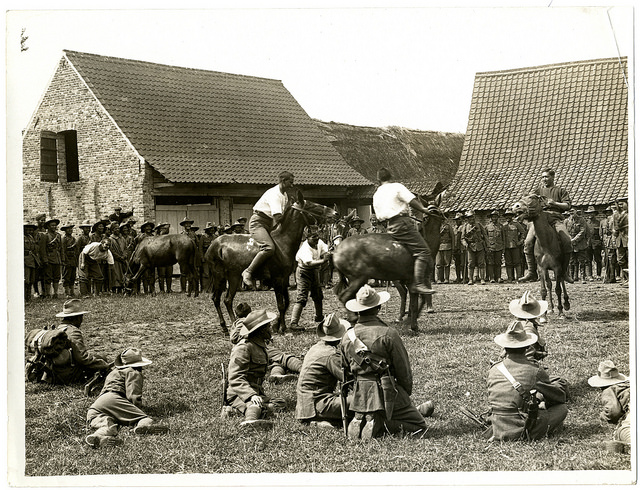 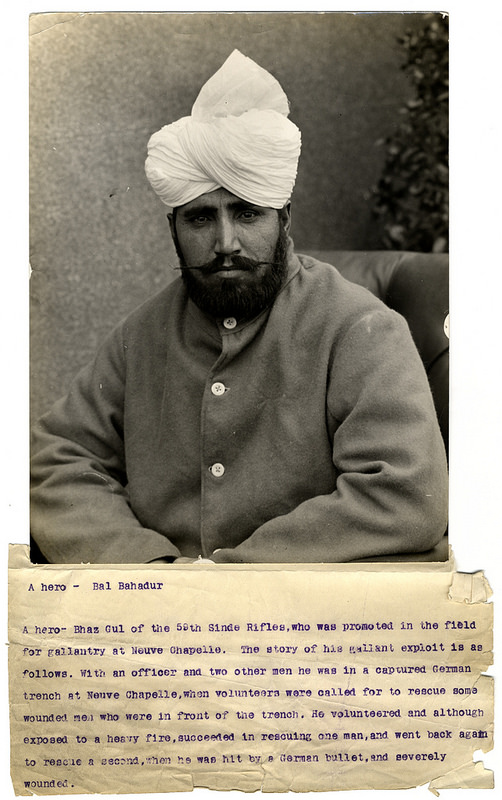 Text beneath image: “A hero – Bhaz Gul of the 59th Sinde Rifles, who was promoted in the field for gallantry at Neuve Chapelle. The story of his gallant exploit is as follows. With an officer and two other men he was in a captured German trench at Neuve Chapelle, when volunteers were called for to rescue some wounded men who were in front of the trench. He volunteered and although exposed to a heavy fire, succeeded in rescuing one man, and went back again to rescue a second, when he was hit by a German bullet, and severely wounded.” 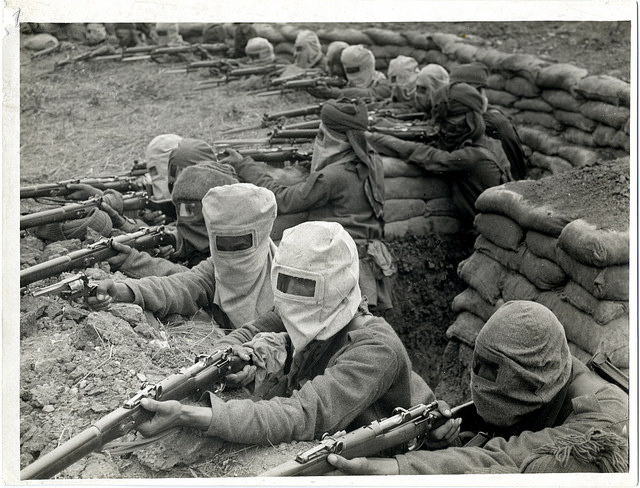 Indian infantry in the trenches, prepared against a gas attack, Fauquissart, France. August 9, 1915 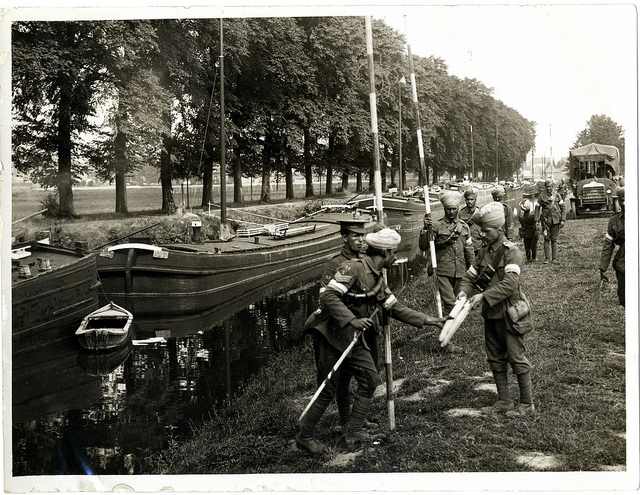 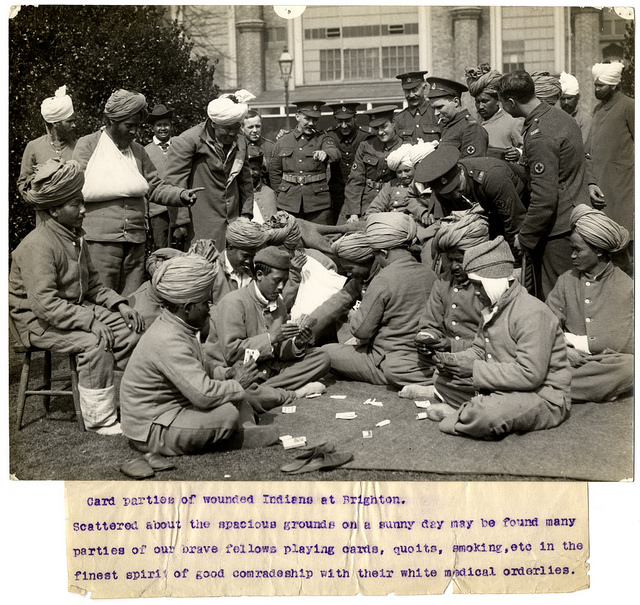 “Scattered about the spacious grounds on a sunny day may be found many parties of our brave fellows playing cards, quoits, smoking, etc in the finest spirit of good comradeship with their white medical orderlies.” 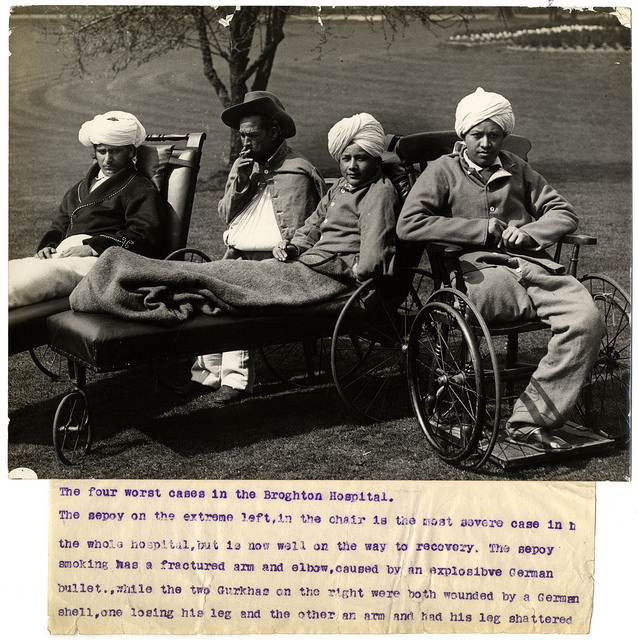 The four worst cases in the Brighton hospital. 1915

“The sepoy on the extreme left, in the chair is the most severe case in the whole hospital, but is now well on the way to recover. The sepoy smoking has a fractured arm and elbow, caused by an explosive German bullet, while the two Gurkhas on the right were both wounded by a German shell, one losing his leg and the other an arm and had his leg shattered.” 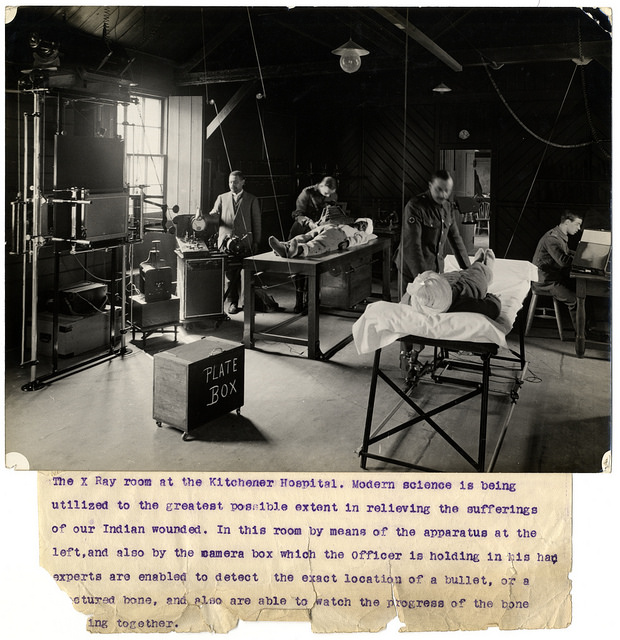 The X-ray room at the Kitchener Hospital, Brighton, England. 1915

“The X Ray room at the Kitchener Hospital. Modern science is being utilized to the greatest possibly extent in relieving the sufferings of our Indian wounded. In this room by means of the apparatus at the left, and also by the camera box which the officer is holding in his had experts are enabled to detect the exact location of a bullet, or a [fractured] bone, and also are able to watch the progress of the bone […] together.”
Support our journalism by subscribing to Scroll+. We welcome your comments at letters@scroll.in.

How World War I changed the weather for good