Become a Member
Ad
As waves of rain swept Bombay in the middle of 1948, special preparations were afoot at the Wagh Sculptors studio opposite Opera House. After months of persuasion, Dr Babasaheb Ambedkar had finally consented to sit for a statue.

Brahmesh Wagh, son of Wagh Sculptors’ founder Vinayakrao Wagh, kept his materials ready well before the appointed time. Ambedkar arrived, accompanied by SS Rege, a librarian and one of the trustees of the People’s Education Society established by Ambedkar, and sat in the appointed chair.

But even as Wagh began to work on the model, a sudden downpour distracted Ambedkar.

Ambedkar had set up a library for poor students in a tent pitched at the nearby Cross Maidan. The books were on wooden planks on the ground and with Rege and Ambedkar both away, there would be nobody to take care of them in the heavy rain. He excused himself and said he would return, but was unable to find the time before his death in 1956.

“My father never completed the sitting,” said Vinay Wagh, Brahmesh’s son and now proprietor of Wagh Sculptors. The Wagh family believes that this is the closest Ambedkar ever came to having a sculpture of himself based on a live modelling session.

The British government announced on Tuesday that it planned to commission a statue of Mahatma Gandhi in Parliament Square opposite Britain’s house of parliament for next year, but here at Wagh’s studio, Ambedkar statues remain far more popular. 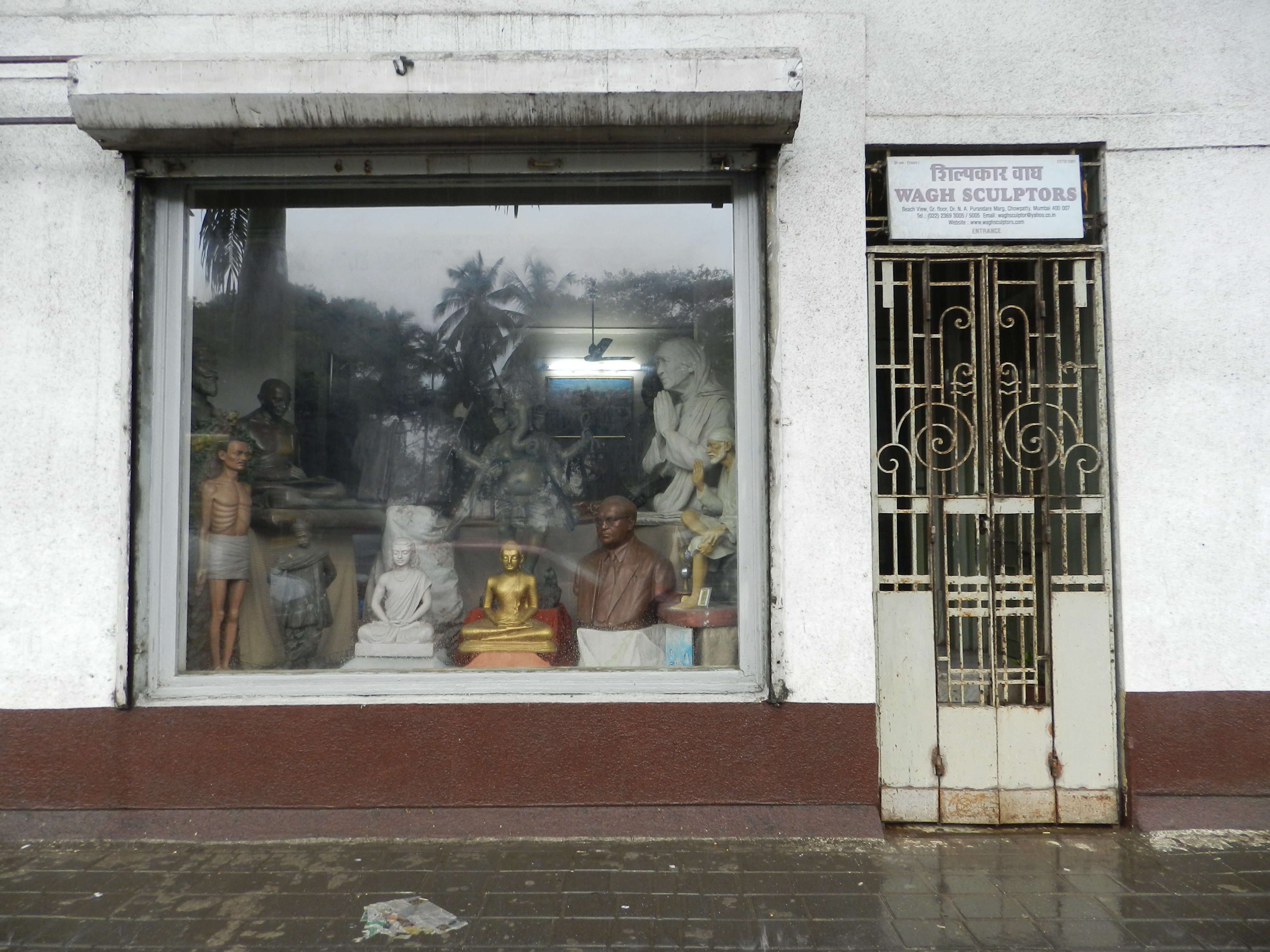 By his estimate, they might have made around 150 memorial statues of Gandhi since the national leader first sat for his grandfather in 1917 at the age of 48.

Vinay’s father finally completed his first statue of Ambedkar in 1959, but since then, they have made thousands from four casts. This is the most they have made of any one person.

Ambedkar was reluctant to sit for a statue. When Brahmesh first went to his house to ask if he would come for a live sitting, he declined.

“Why don't you ask Gandhi or Nehru to come sit for you?” he said, according to Wagh family lore. “They are big people, they have industrial backing. That will be more profitable for you.”

“Who am I?” he continued. “The only statue anyone will want of me will be one for the People’s Education Society.”

Brahmesh Wagh was undeterred. “I have statues of all the great national leaders,” he said. “You are an educationalist. I would like to keep your model for my collection.”

Sant Gadge Maharaj, the renowned spiritual social reformer, was a guru of Brahmesh’s father Vinayakrao, and used to visit their house so often that he was treated as a member of the family. Ambedkar, also a follower, used to pass the studio often to ask about him and when he might next be expected in the city, which was how Brahmesh had come to know him.

After Ambedkar died in 1956, his wife Savita Ambedkar and PT Borale, first Buddhist mayor of Bombay, commissioned an 11.5 foot statue from Brahmesh to be installed at Cooperage, just outside the Institute of Science. It was also the first memorial statue of Ambedkar anywhere in the country.

The Cooperage statue is also unusual for not showing the man with the Constitution. Where later statues, including the one outside Sansad Bhavan, have him pointing in the air with his right hand and holding the Constitution in his left, this one has one hand folded behind his back and the other crooked in a lecturing position.

The famous statue outside Sansad Bhavan in Delhi, built by Brahmesh Wagh, was commissioned in 1965 and completed in 1969. One at the Round Table Conference Hall in London shows Ambedkar looking down from an imaginary lectern, orating once again.

In 1991, Vinay Wagh made a statue he remains proud of until today. The statue was to commemorate Ambedkar’s successful court case petitioning for Dalits to access drinking water from the Chowdar tank in Mahad. It was commissioned by the World Ambedkarite’s Association.

The statue took around two years to make. The final model shows Ambedkar holding the order in one hand and pointing down at the tank with the other.

Vinay Wagh won an award for it.

An enormous amount of research goes into each figure. Wagh (and his father and grandfather) first studies the person down to the smallest of their habits.

"How can you make a statue without knowing who the person is?” asked Wagh. “Without a personality, a statue is just an idol.”

He invited close associates to tell him about Ambedkar. SS Rege, the librarian, told him about Ambedkar’s hairline and how he oiled his hair each morning and combed it only once because he was too busy to care for it. At that time, the old style was to cut hair with a machine, which left small hairs growing at the back.

Savita Ambedkar brought a full set of Ambedkar’s clothes. He wore Bata Ambassador shoes, it seemed, and suspenders not a belt.

Once the head was done, Vinay Wagh got somebody of a similar build as Ambedkar to see where folds might lie on the body. The final statue was 12.5 feet.

Why did he end up making so many statues of him?

“There is government backing for it,” he replied. “The department of social welfare pays half the price in certain cases. And Ambedkar’s disciples are staunch supporters of the man. They want many statues of him.”