Contribute Now
Ad
After food, the largest hole in urban India's pocket is made by house rent. For rural India, it is medicine instead. In other words, housing for urban Indians and healthcare for rural Indians is the biggest expenditure after food, reveals the 68th National Sample Survey, conducted in 2011-12, released in June 2014. 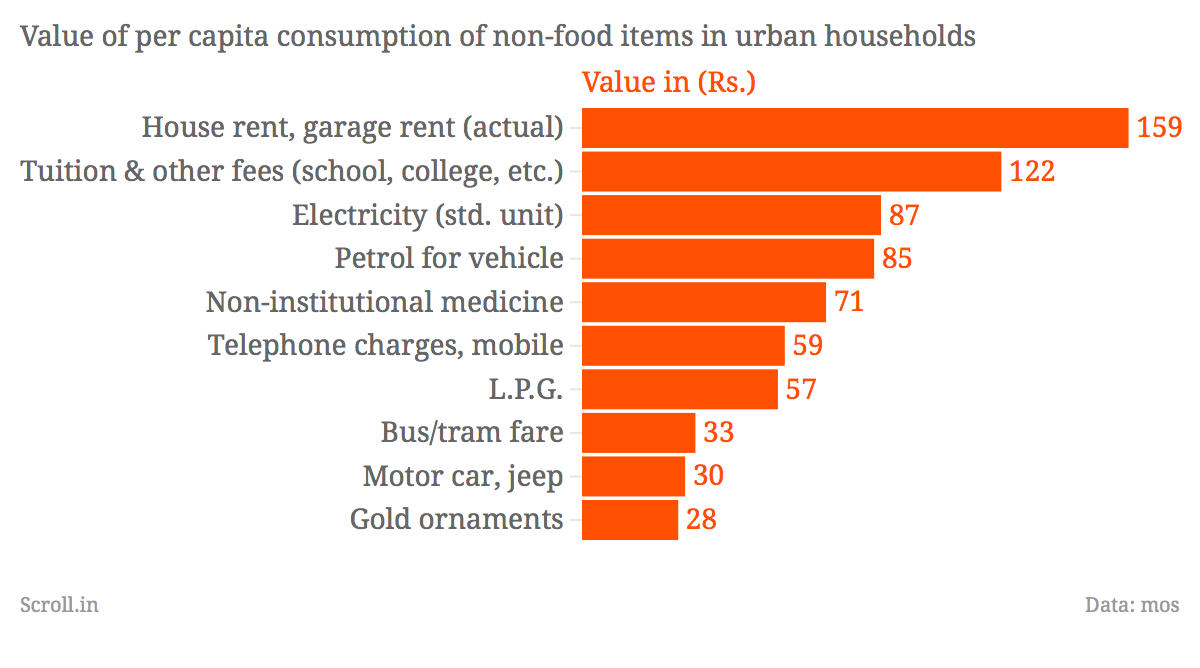 Medicine is only the fifth most expensive non-food item for urban India. After house rent, it is education, electricity and petrol that cost the most. 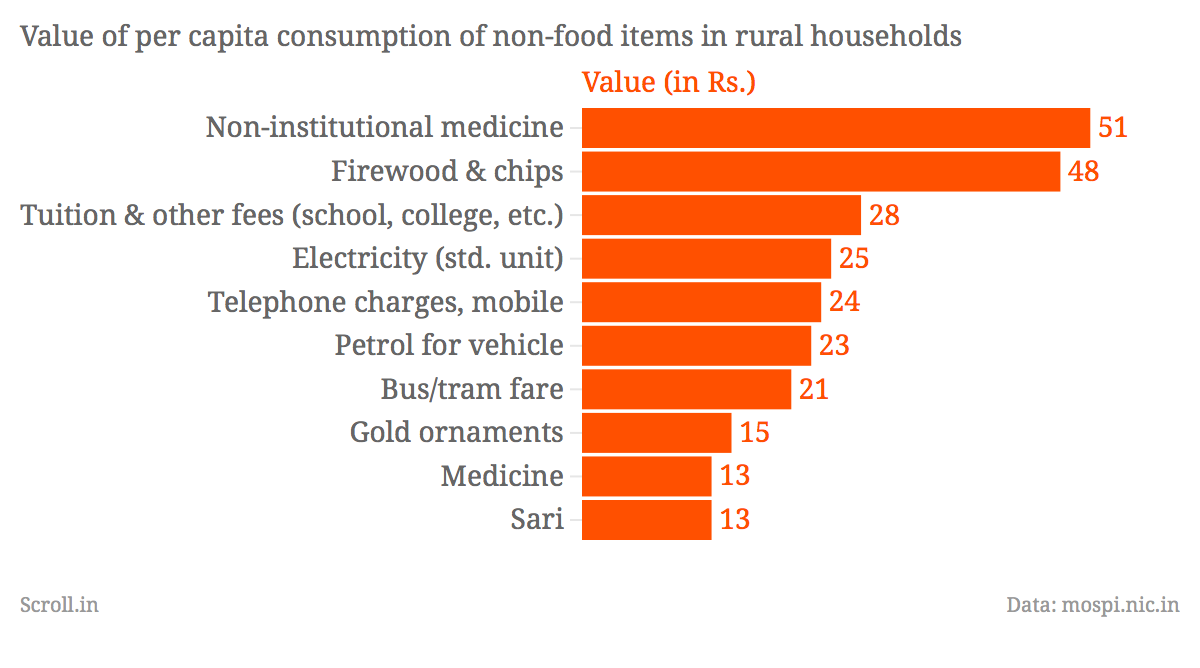 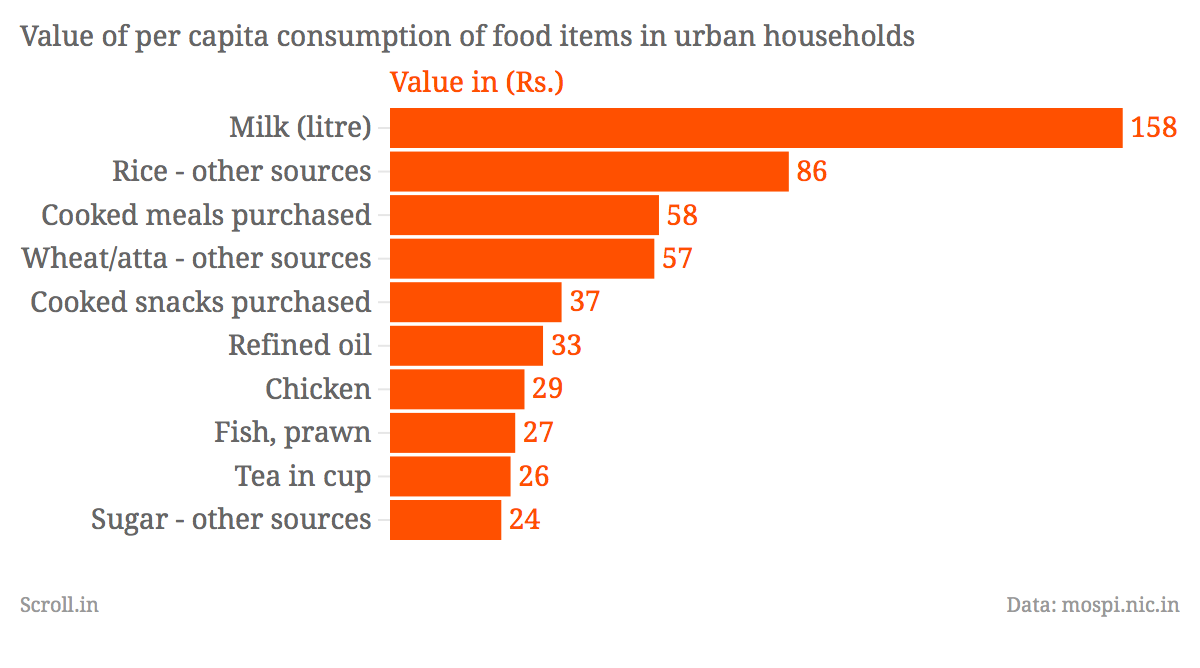 When it comes to food expenditure, the most expensive item for both urban and rural India is milk. 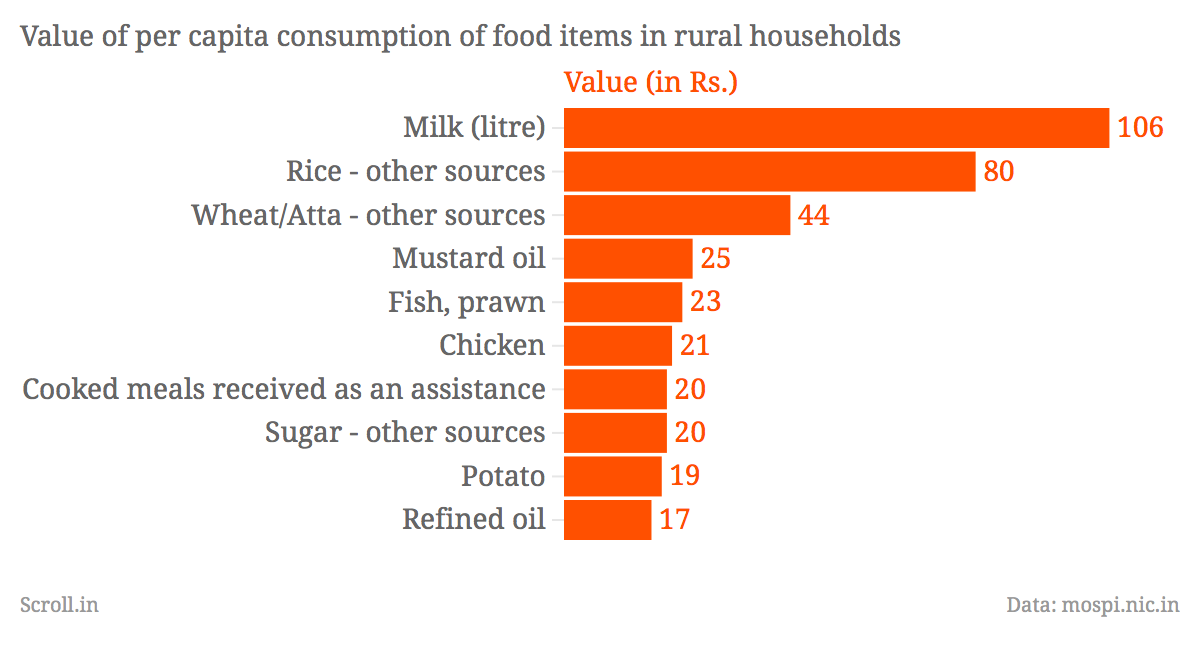