Contribute Now
Ad
On Sunday, in answer to a query at the India Today Woman Summit 2014, Human Resource Development minister Smriti Irani decided to clear the air over her educational qualifications once and for all.

“In that kitty of mine where people call me anpad [illiterate] I do have a degree from Yale University as well which I can bring out and show how Yale celebrated my leadership capacities," she said, attempting to settle the controversy that arose after discrepancies were noted between the affidavit she filed with the Election Commission to contest the polls in May and the one she had made out in 2004. While Irani initially claimed to have a BA, her second affidavit said that she hadn't actually completed her degree.

But on Sunday, Irani sought to brush off the uproar that followed. "Extraneous circumstances are being created so that I deviate my concentration from what my goals are,” she said.

Irani explained that she part of a group of 11 MPs, which had gone to Yale to undergo a crash course in 2013. The six-day course was dominated by topics like elections in India, Afghanistan and Pakistan after US military withdrawal and implications of economic and political transitions in China.

Of course, Twitter has refused to let her off the hook. Here are some reactions. 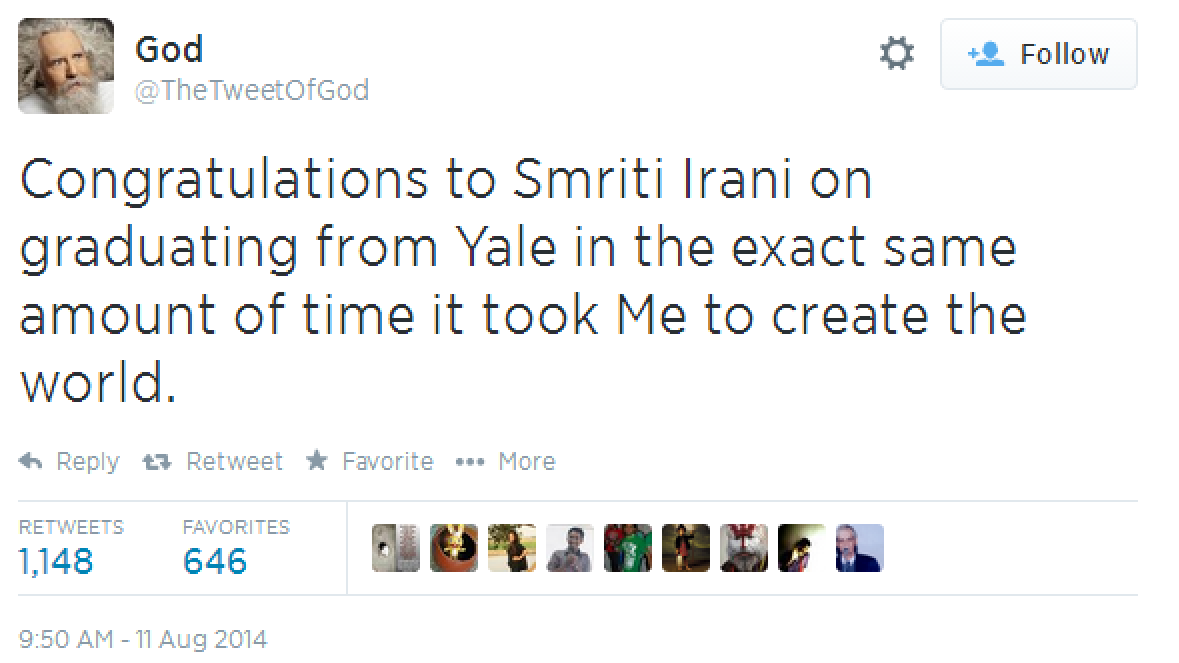 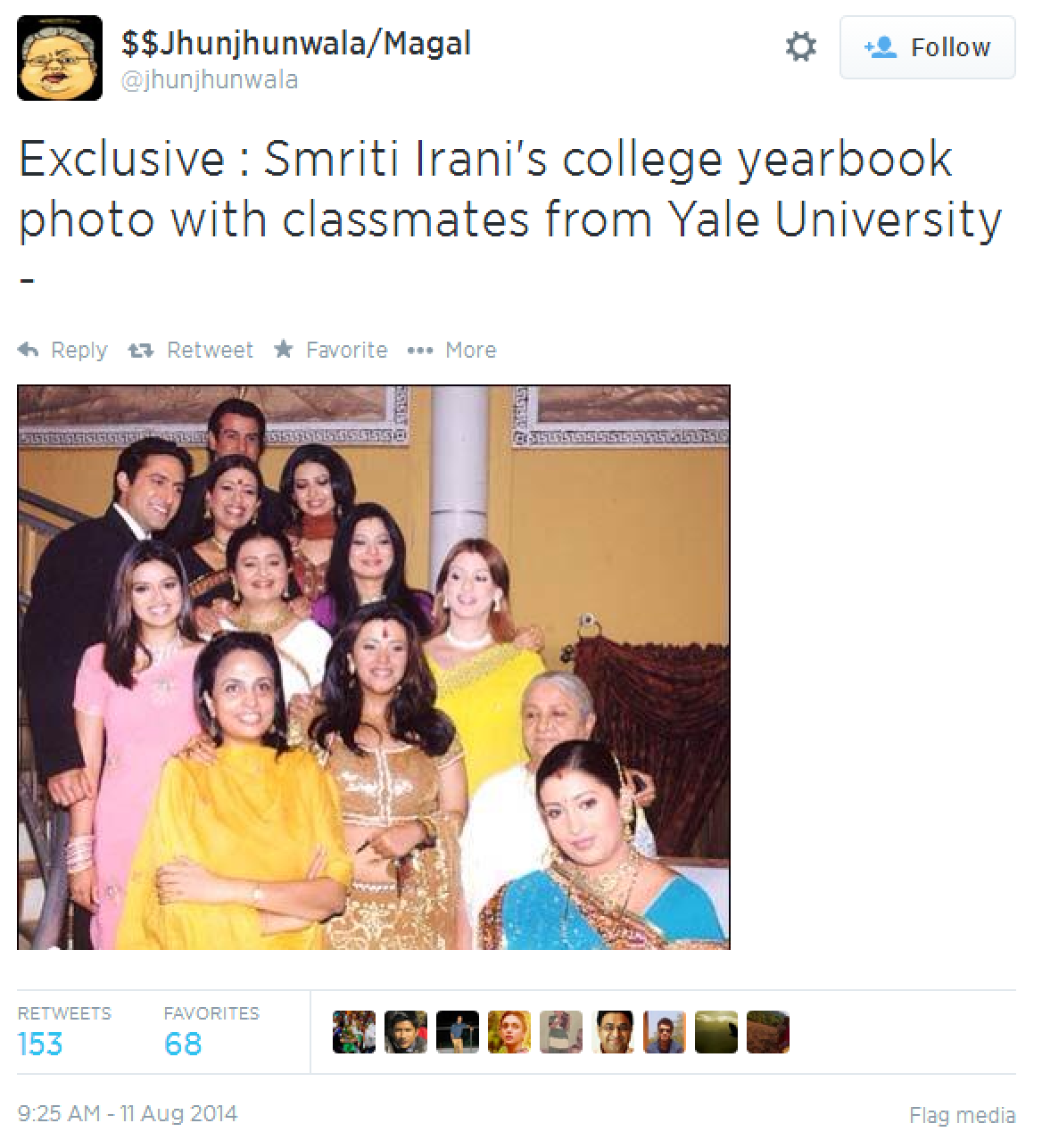 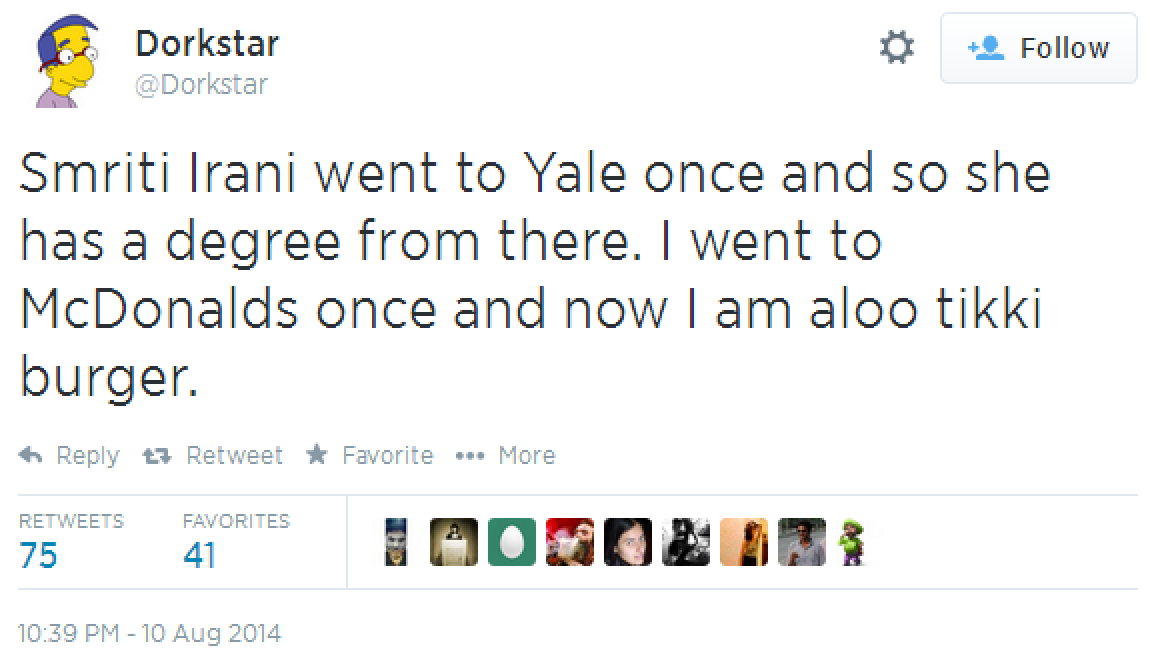 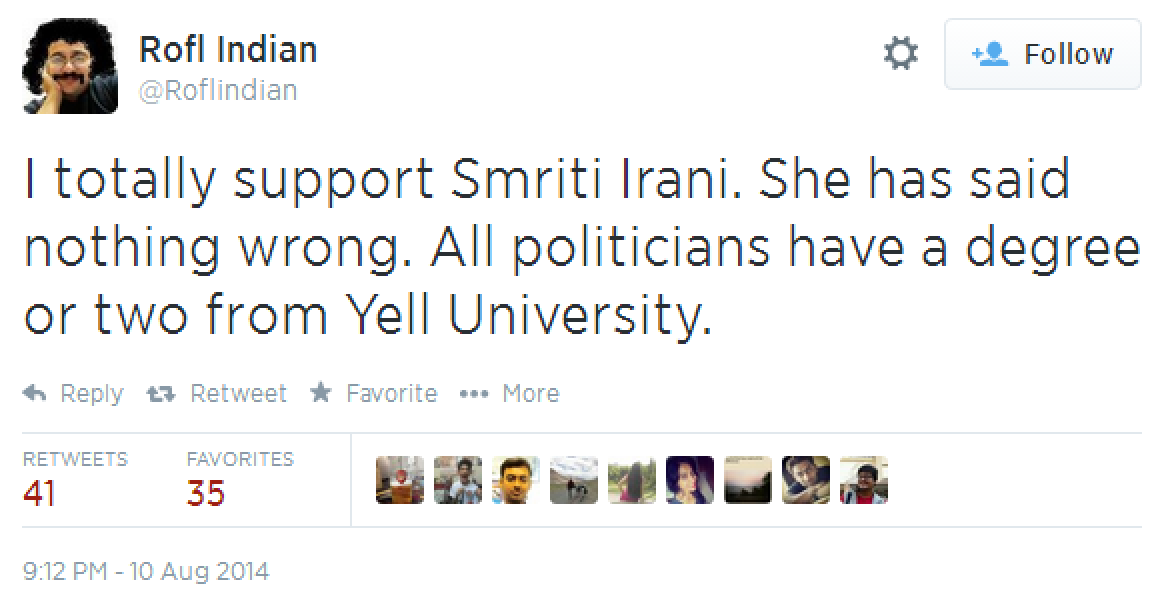 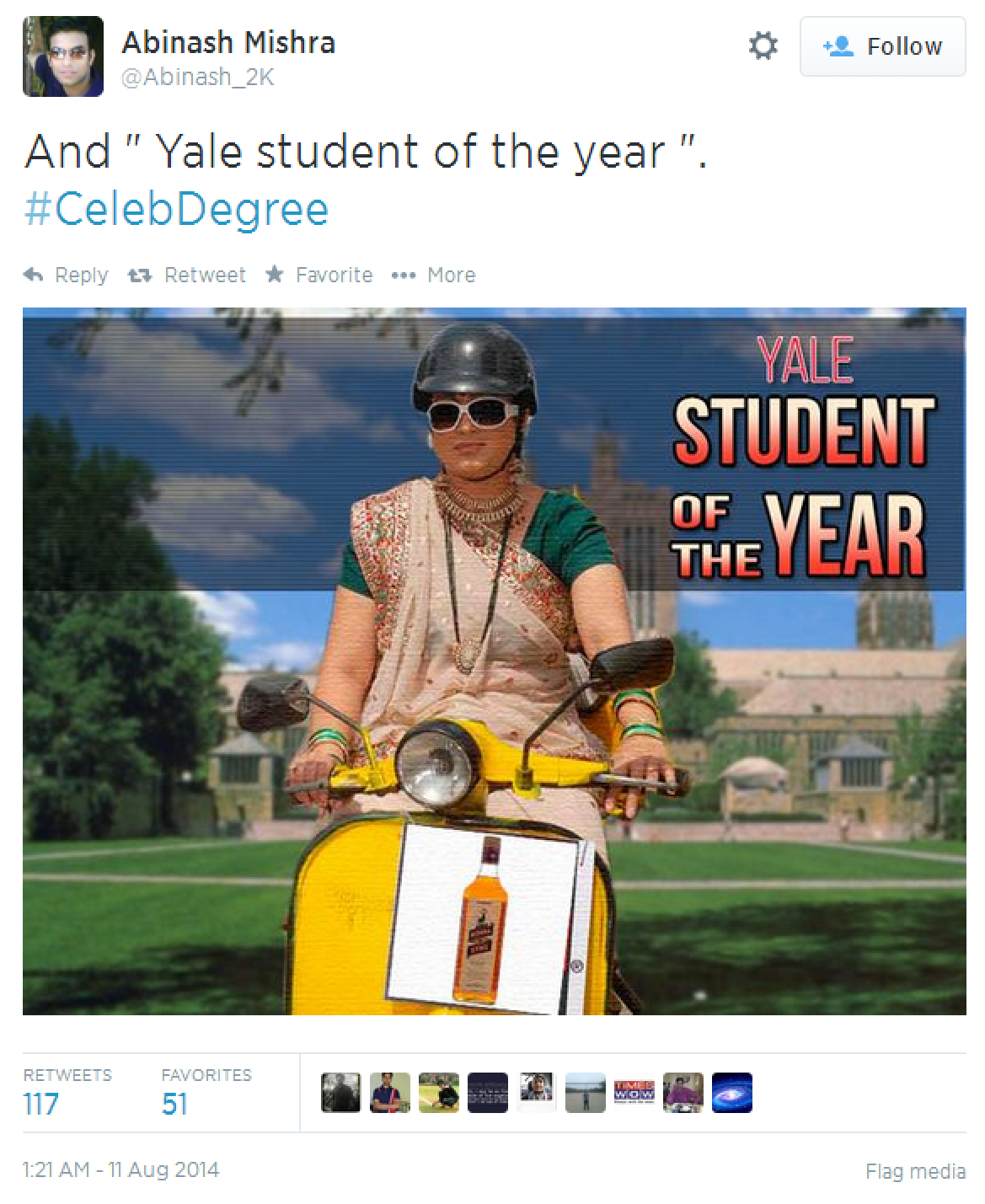 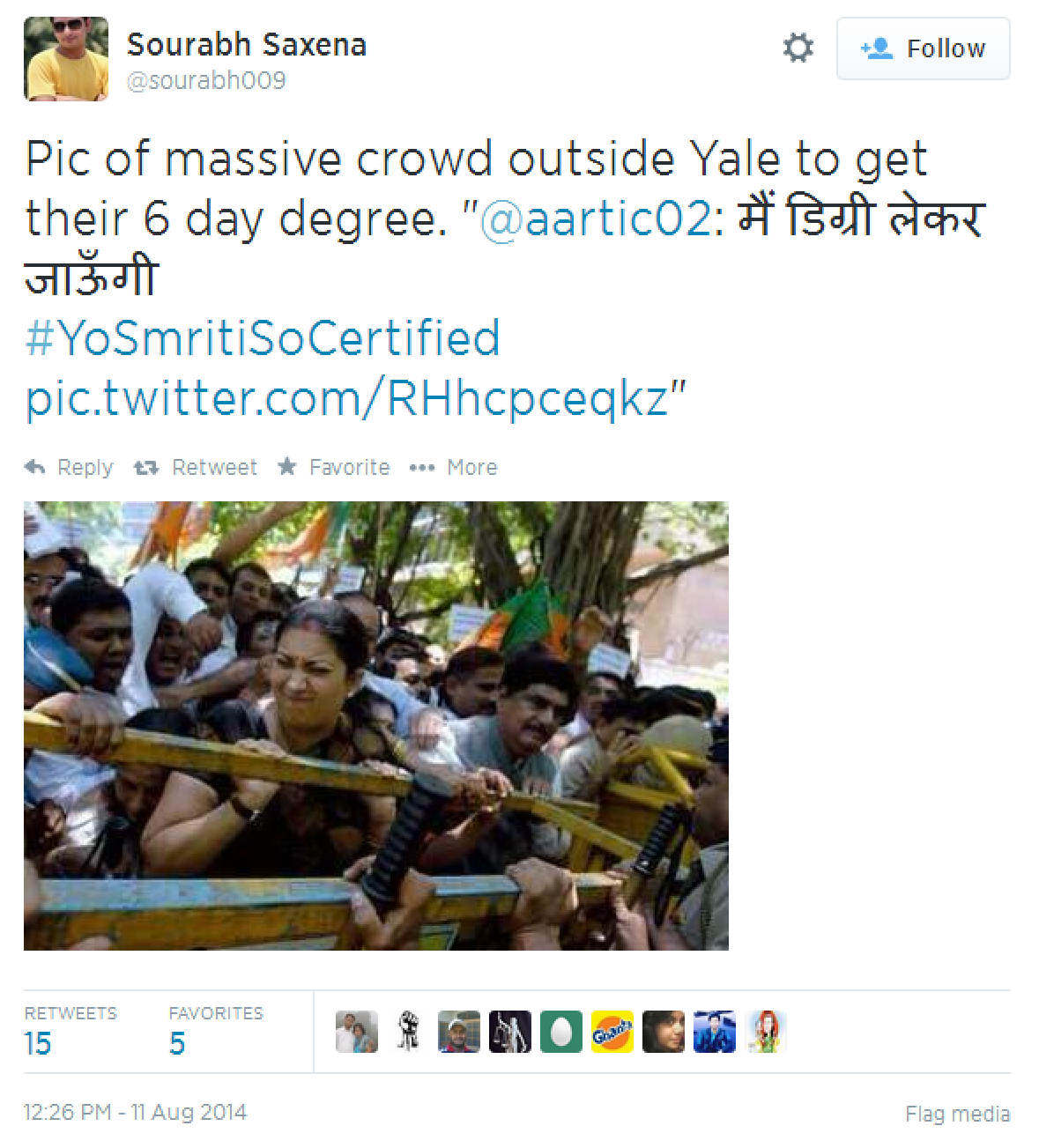 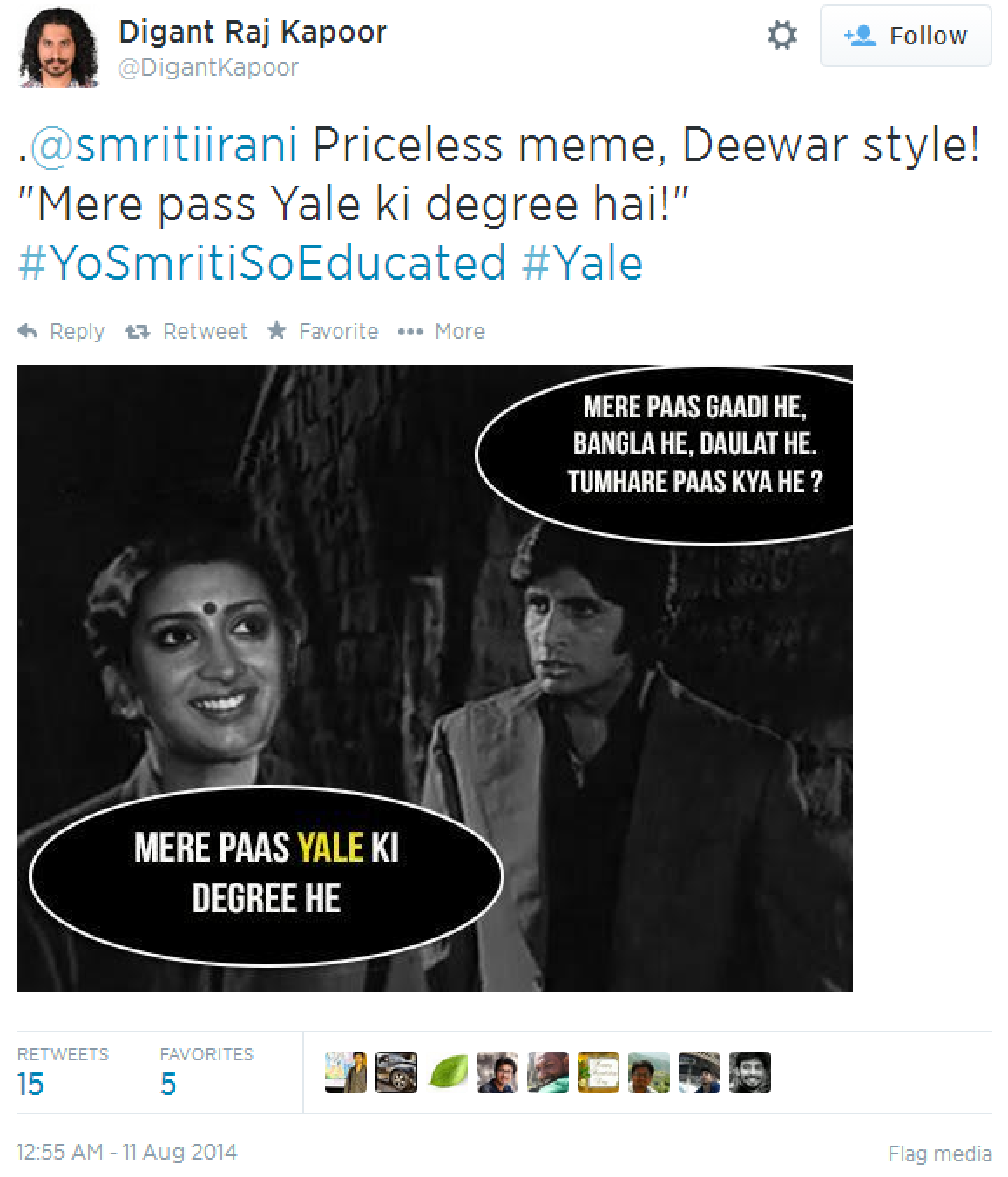 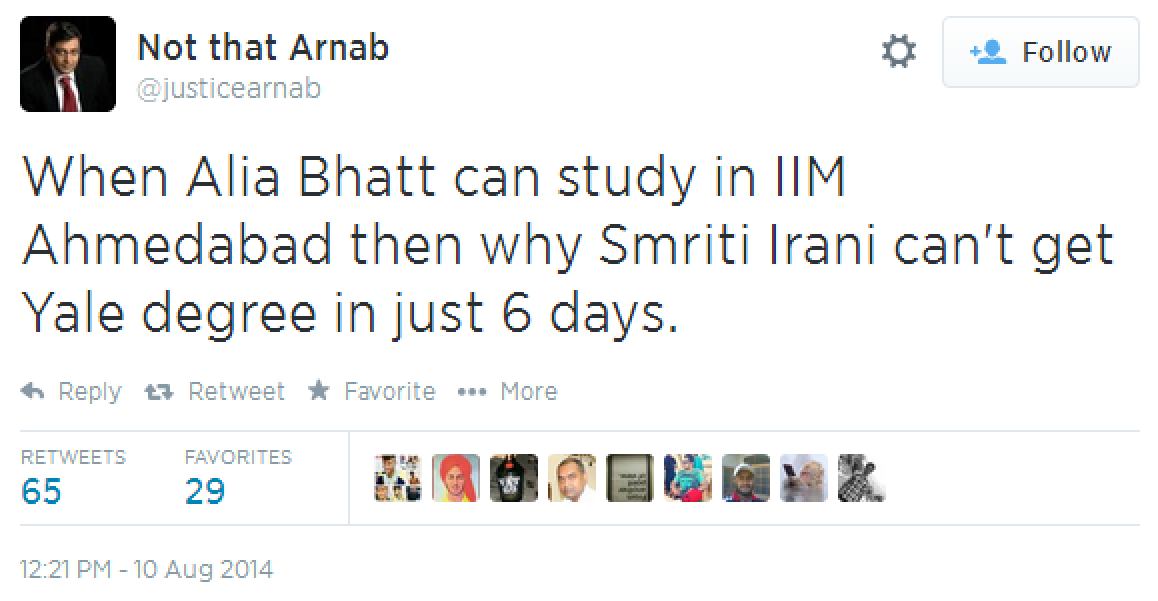 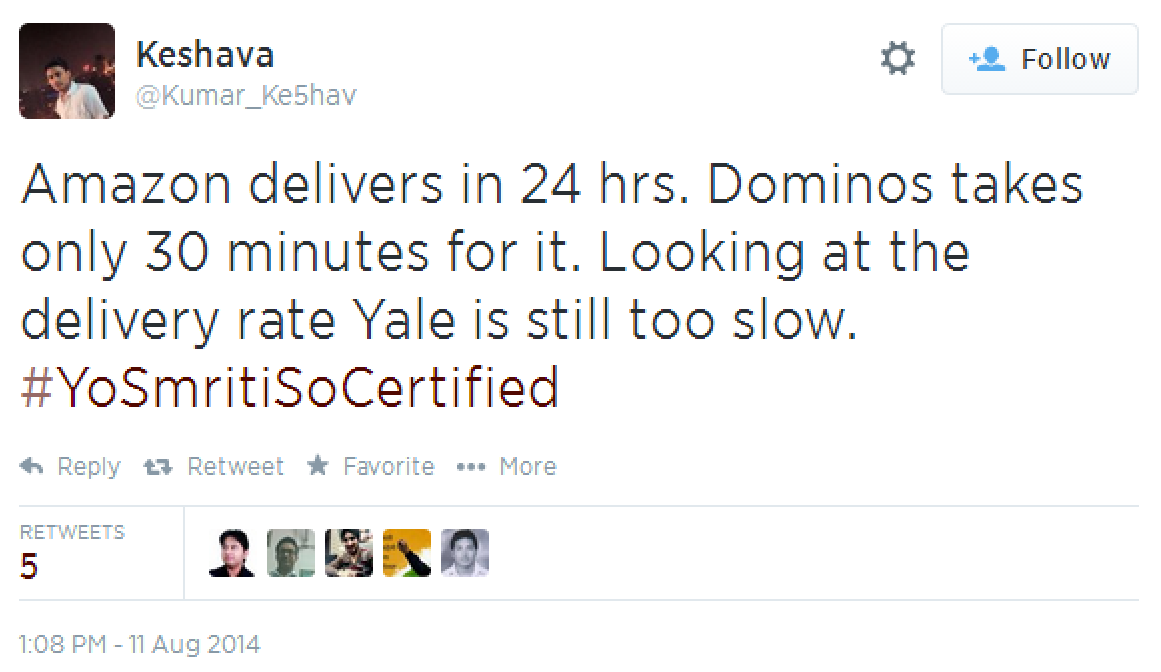 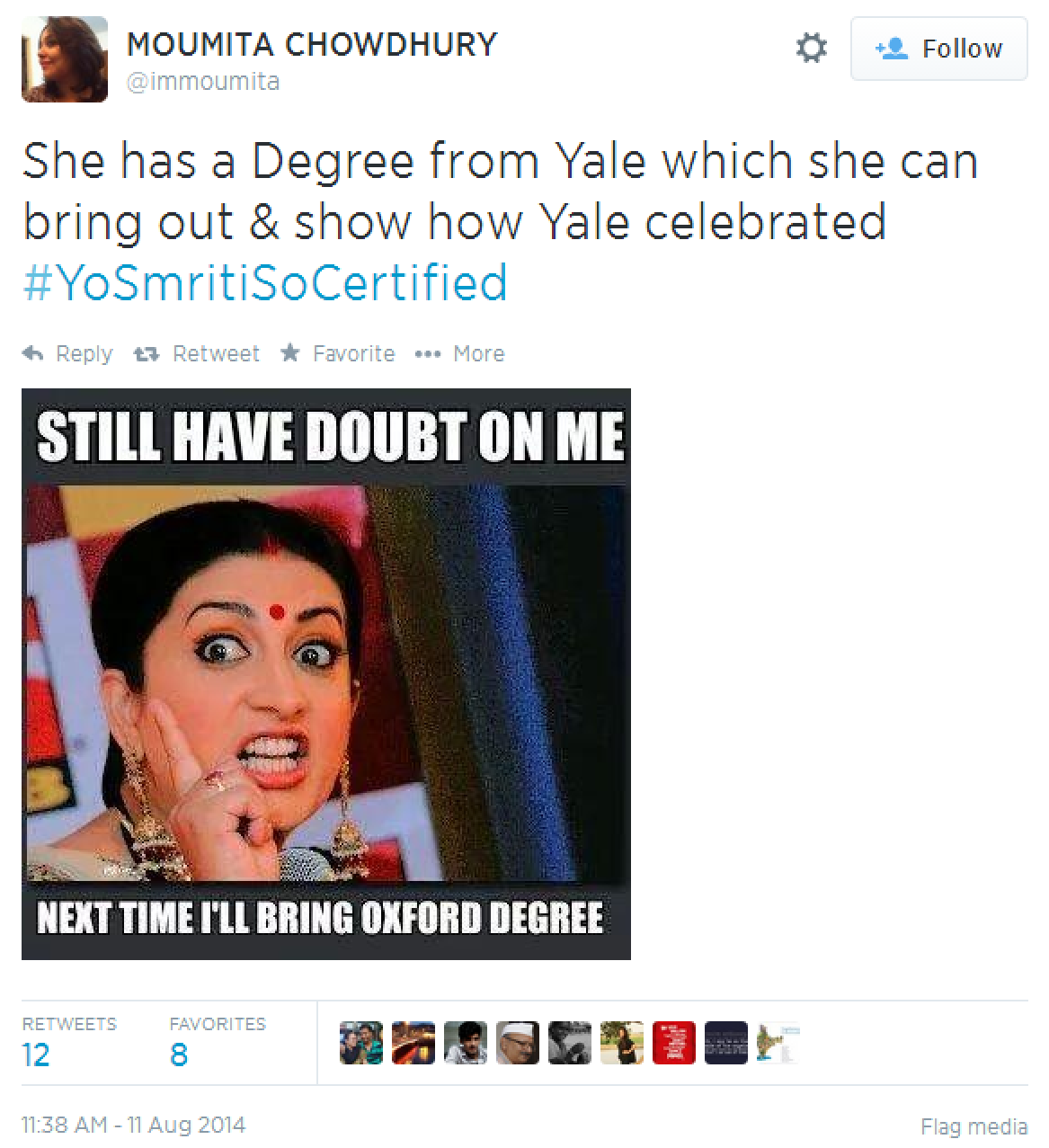 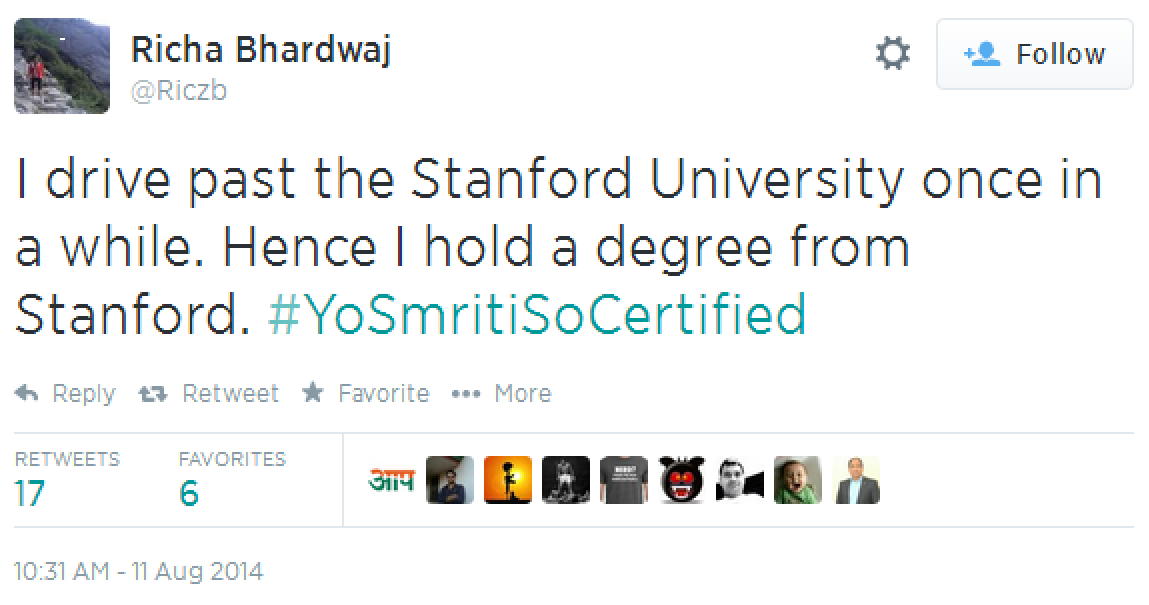