If lavani is known outside Maharashtra today, it is largely because of its association with Bollywood item numbers, with Katrina Kaif's Chikni chameli from the 2012 Agneepath, Vidya Balan performing Mala jau de in Ferrari ki Sawaari and even Helen's Mungda mungda in Inkaar in 1978. Although the songs are not from the lavani tradition, their dance style is associated with it.

These songs only confirmed some of the stereotypes people had about the Maharashtrian folk dance. It is sexually explicit, the dancers are immoral and it ruined the lives of perfectly good men.

But Sangeet Bari, a new Marathi book by Bhushan Korgaonkar goes far beyond those notions to reveal an intimate account of the lives of lavani dancers and the wealth of their history and emotional attachments. He does this by focusing on the life of Mohanabai Mahalanglekar, a malkin, or manager of a lavani dance troupe, and the people around her.

“Many informative and theoretical books have been written on this subject in Marathi,” said Kishor Kadam, a noted Marathi actor who presided over the book launch last week, in a phone conversation with Scroll.in. “But this one shows personal lives and the culture of tamasha and lavani. He has been working with them for so many years and it shows in his material.”

Korgaonkar, a chartered accountant, also began by thinking it was a vulgar dance form, but he changed his mind when he saw a performance at the Bandra Festival in Mumbai in 2004.

“The performance hit me,” said Korgaonkar. “I realised there was so much beauty and hidden potential in the form. It was not at all the way it is portrayed on television.”

In 2009, he worked Savitri Medhatul, who directed Natale Tumchyasaathi, the English title of which is Behind the Adorned Veil, a documentary about lavani.

“The film had captured quite a few things, but it was only like a trailer,” he said. “I wanted to go deep down and explore various issues of how their entire social system has changed their art form and personal lives.”

This, ultimately, led to his book. The chapters are all titles of famous lavanis and the pages are extensively littered with lyrics from them and conversations with Mohanabai and the women in her troupe.

Mohanabai Mahalanglekar is a part of the sangeet bari tradition of lavani, from which Korgaonkar gets the name of the book.

Lavani was traditionally performed by women in baithaks for a patron. It came to be associated with lasciviousness around the late 19th century, when Marathi theatre, written and enacted by upper-caste men, began to grow in popularity. Eventually, lavani was integrated into folk tamashas instead. These were typically overnight performances that included among other things folk dances, a play, and comedy acts. Lavanis formed perhaps a fifth of that.

Sangeet bari lavanis, unlike the larger shows held in large auditoriums or performed for television, have an added element of intimacy in their performances. Sangeet bari continues to be performed privately in small theatres. The women dance to any song their customers request in the hour-long sessions. The songs can be in Hindi, Marathi, or even Kannada in southern parts of Maharashtra. 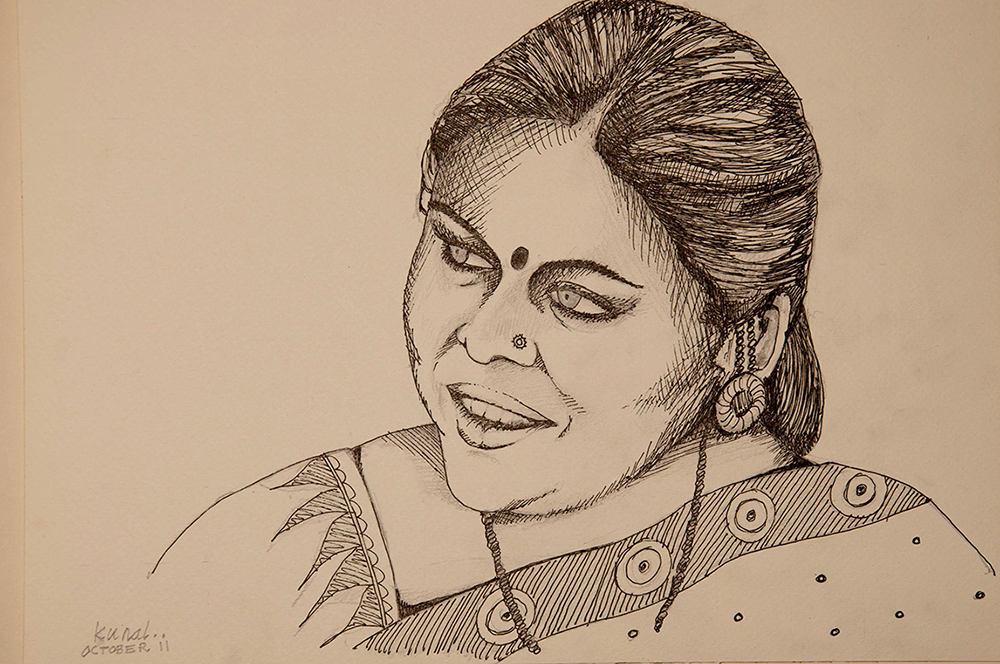 Unlike classical dances that tend towards ossification, lavani is constantly reinventing itself. In Akluj in Solapur district, for instance, there is an annual competition considered prestigious by sangeet bari dance groups. The only rule there is that the lavani must be either entirely traditional or entirely new.

“Lavani has no boundaries, so they are written on every aspect of human life,” said Korgaonkar. “Every year, you get 50-odd new lavanis. You’ll find lavanis on dowry deaths, female infanticide, rapes…” 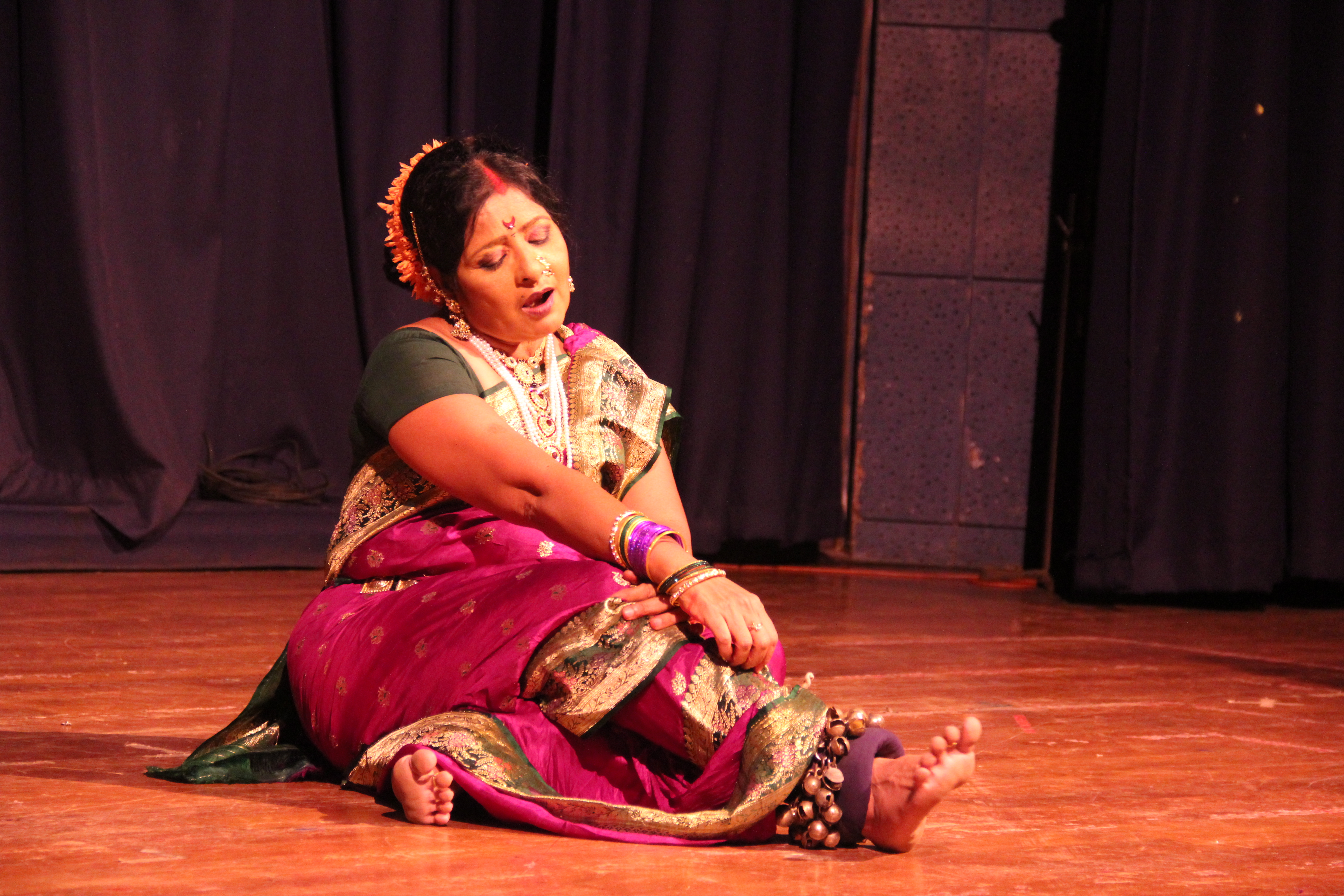 Shakuntala Nagarkar, a lavani performer at the release of Sangeet Bari. Photo by Amey Gharat.

Sangeet bari performers live in a female-oriented, almost matriarchal, society. Each troupe is owned by women like her. The dancers are all women, but the musicians are men. The troupes are run as partnerships. Every member is entitled to a fixed share of the profits.

Once the women begin performing, they are not allowed to get married, according to the rules of their caste. Instead, if they wish to, they have open sexual relationships with their patrons. While dancers might have multiple relationships over their lives, they do not normally have more than one at the same time. Children are also given the names of their mothers, not fathers.

But dancers remain stigmatised to a great extent as lavani is often equated with prostitution. Women living in housing complexes in cities often choose to hide their association with the dance form, fearing harassment from their neighbours.

The consequences when they do not hide can be severe. One dancer, who had stopped performing ten years earlier, decided not to lie when asked about it. When she won a state government award, she spoke openly to reporters, who printed her photograph in the newspaper the next day. Her younger son was in class 10 at the time. People at his school made the association between his mother’s photograph and him.

“They taunted the son so much, he became mentally disturbed and had to take medication for two years,” said Korgaonkar. “It is shameful for us that we say Maharashtra is a karmbhoomi [homeland] for so many artists, but at the same time so many Maharashtrian folk artists have to face all this.”

Watch: These bhangra dancers know how to deal with the snow in Canada