Contribute Now
Ad
Kerala tends to do better than Uttar Pradesh on most performance indices, from education to wealth. UP, however, might have cause to be proud of not having the same figures as Kerala on at least one count: the number of riot cases.

In 2013, UP ranked only 22 out of India’s 35 states and union territories, with only 2.9 cases for every one lakh people. Kerala might have a significantly smaller population, but it also seems to have far more angry people, with 28.6 cases per one lakh people.

Kerala outstrips UP even in the the absolute number of riot cases. A total of 6,089 cases were registered at police stations across UP. In Kerala, there were 10,042 cases. 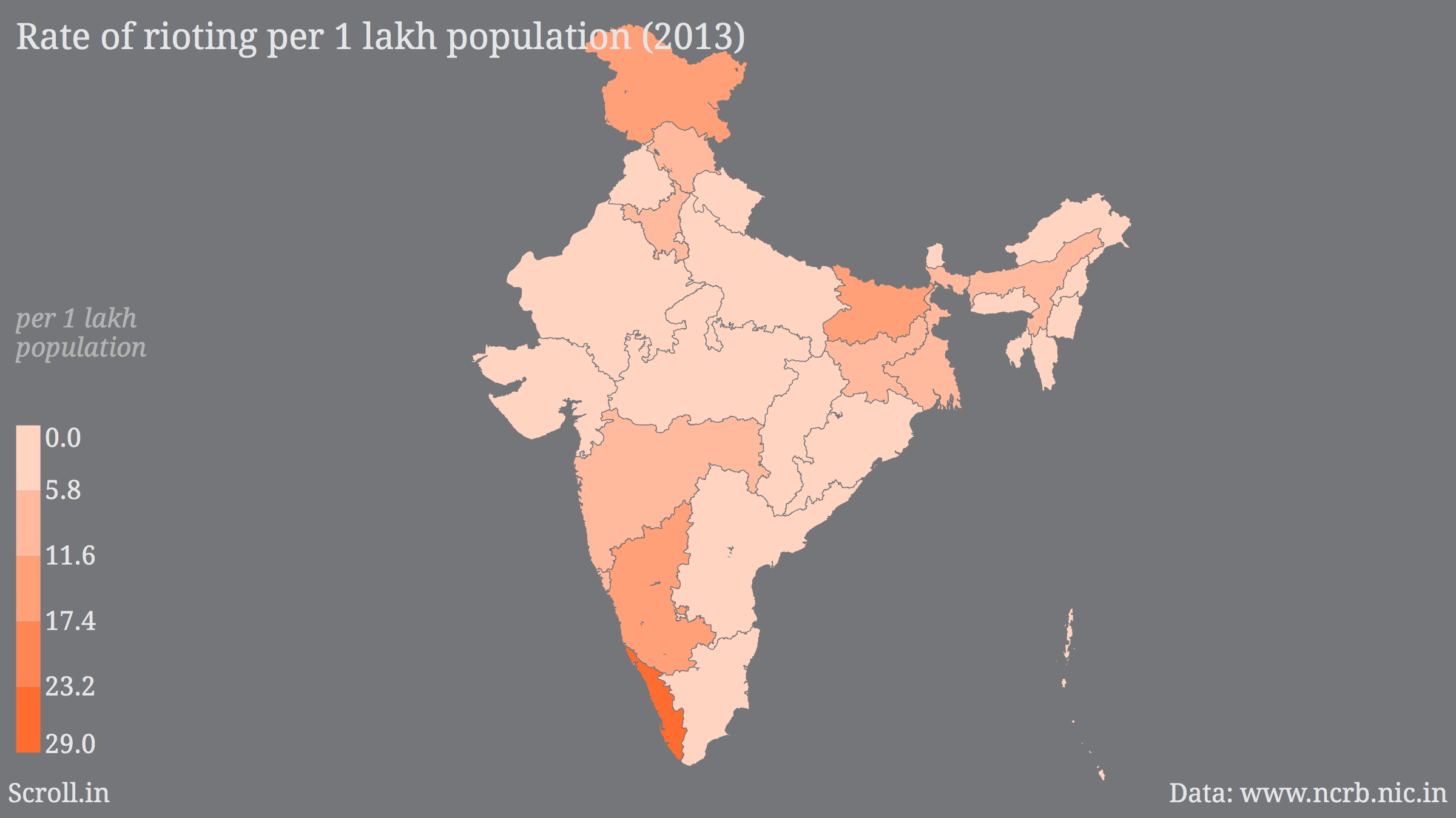 Kerala has consistently had the highest rate of rioting in the country. Over the last five years, it has topped all states for riot rates, except for 2009 when 44 riot cases in Lakshadweep gave it a rate of 62 cases per one lakh people.

UP has also had a steady rate of riot cases over the years. Last year’s riots in and around Muzaffarnagar seems to have contributed to the most recent increase in the rate of crime last year.

The UP government’s special investigation team examined 598 cases against over 6,000 people alleged to be involved in the Muzaffarnagar riots by November 2013. Cases continue to be filed, but at nowhere near the same volume. Even so, the number of cases against rioters does not reflect the number of people involved in rioting, which might explain the disparity between media accounts and NCRB data. 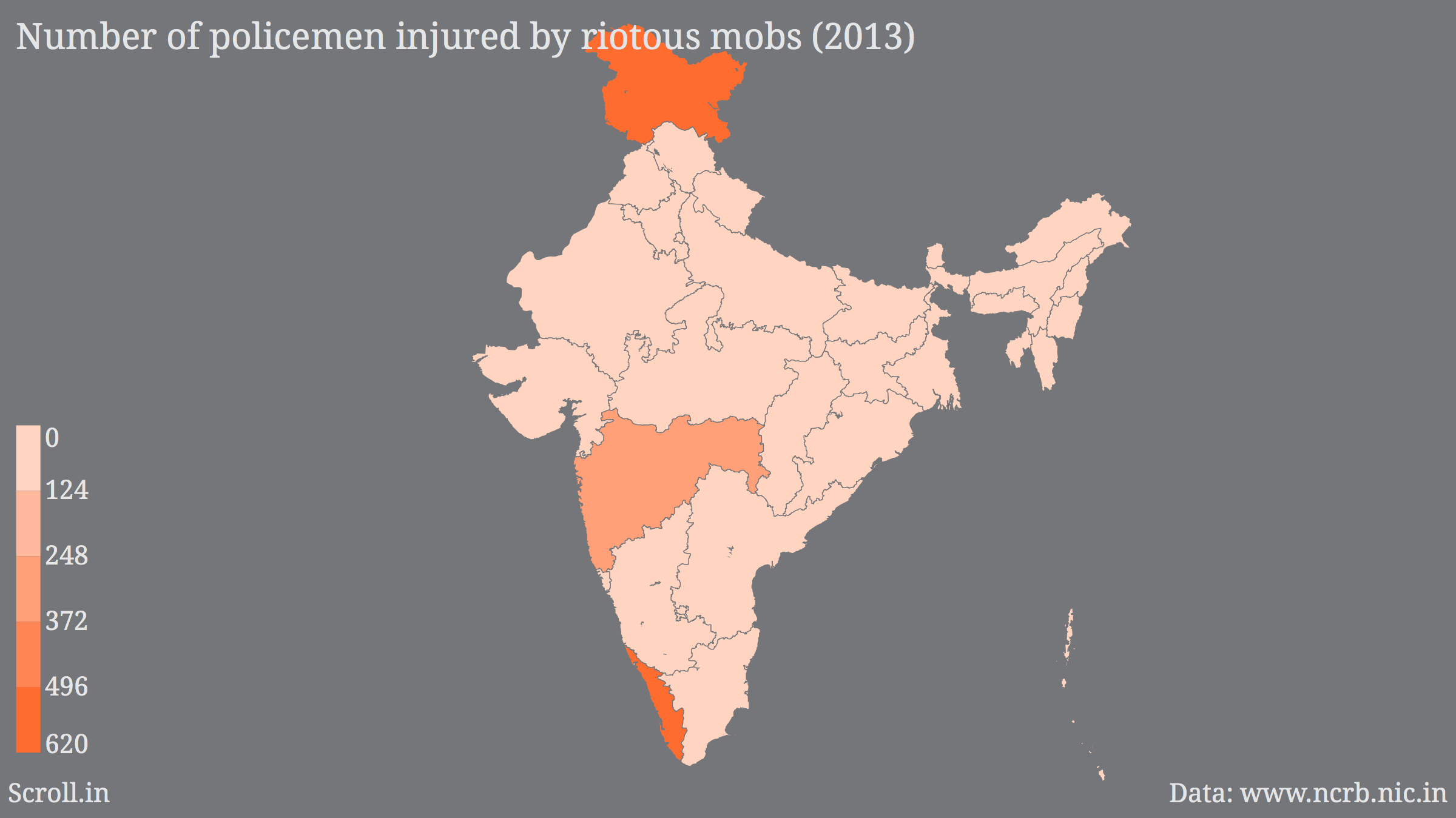 Once again, Kerala’s policemen top the list of injuries, with 615 injured in 2013. Jammu and Kashmir is second on the list with 585 injuries, whereas UP only saw 29 policemen injured.

Both states, however, manage to make it to the top ten list of states with complaints against police officials for filing false cases. Unfortunately, the NCRB does not specify how many of these complaints, if any, were for false cases of rioting. 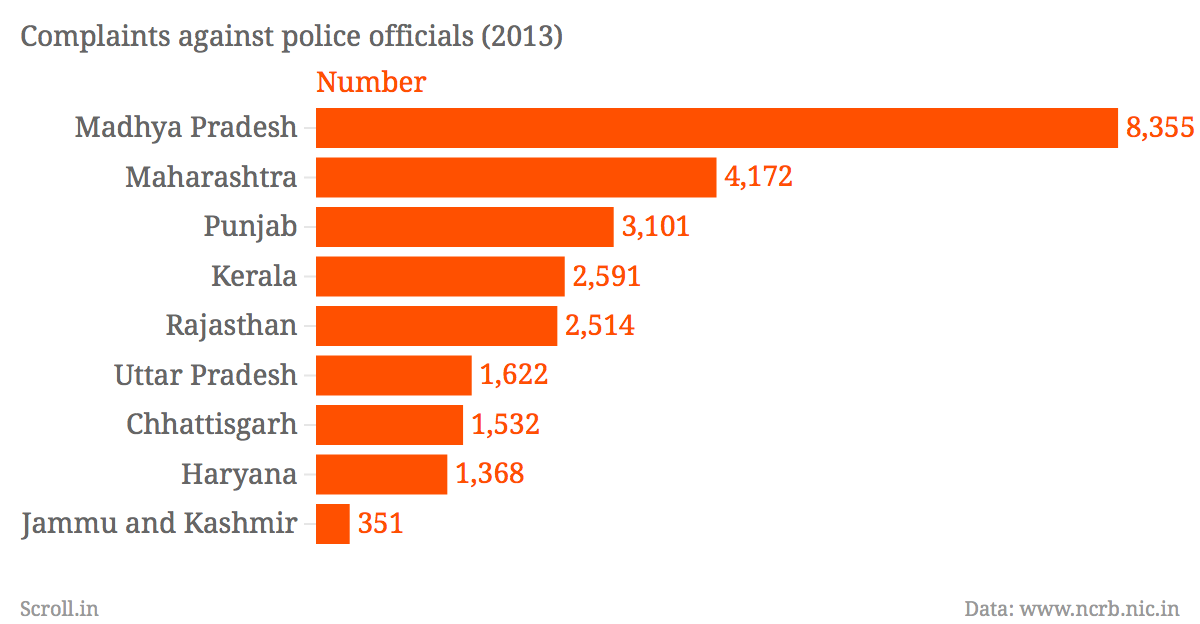