Become a Member
Ad
Diesel passenger vehicles currently form 55% of the total number of vehicles on the road. But that proportion could drop to 30%-35% in the next two years, according to a report by credit ratings agency ICRA. With Sunday's cut in petrol prices by Rs 1.82 per liter and the hike in diesel prices by 50 paise, the gap in the prices between the two kinds of fuel has only become smaller.

That could make diesel cars less attractive. Until now, the conventional wisdom maintained that though a diesel vehicle is more expensive than a car that runs on petrol, it is cheaper to run a diesel car.

This is true even with the price rise. But it will now takes six-and-a half years to pay off the difference between a diesel car and a petrol vehicle, up from two-and-a-half years in 2009. Of course, within seven years, most cars have run beyond usage and are primed for replacement. 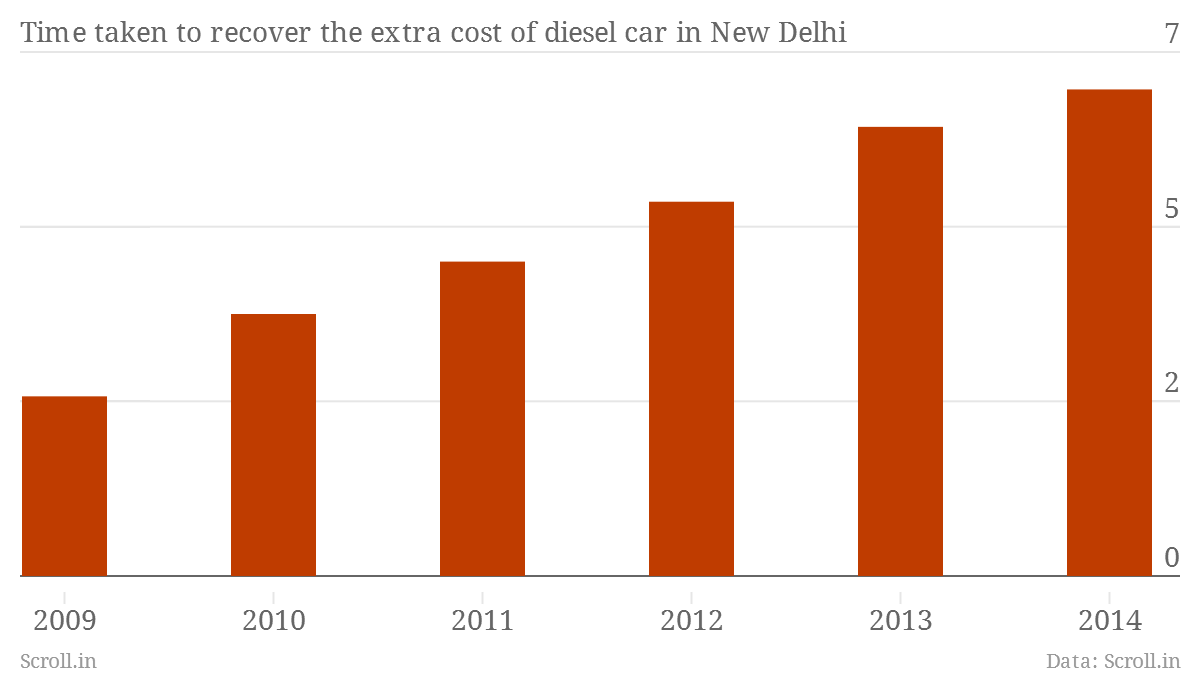 The calculations have been done using average prices of a Maruti Suzuki Swift hatchback petrol car and its equivalent diesel car across all models. It takes into account the annualised rates of petrol and an average of 12,000 kilometres per year.

With this recent hike in the cost of fuel, don't be surprised if car makers advertise special deals on diesel cars in the coming months.