Contribute Now
Ad
The early years at Sem went by uneventfully except that I gradually managed to slip to the bottom of the class, and learnt how to smoke by the time I was in Class 8. I still have the report card for that year too, which proclaims that I stand 50th in a class of 50. I don’t know to what I can attribute this decline in academia except that my fascination for Miss Brendish was now replaced with a fascination for Mrs Ludwig, the art teacher who, while seated at her desk, would dangle her shoe ever so tantalizingly on her foot through the class, never letting it fall off. Listening to the teachers’ intonations, watching the way they gesticulated, the way they dressed, the way some of them tugged at their cuffs, the way they wiped the blackboard, was far more interesting than what they were trying to teach. I excelled in English at times, but that was all. Maths was totally beyond me as were physics and chemistry, and as for trigonometry . . . ! It’s kind of bemusing to wonder how come it never occurred to any of my teachers to investigate the curious case of this child who always got the highest marks in the class in English literature and composition, yet failed in grammar.

Much to my envy, both the Zs featured in the school plays. Zaheer, who actually is pretty good and gave me one of my earliest lessons in acting, won ‘best actor’ a couple of times while the largest part I had was one line in a play called Matrimonial Agency. I loved the school plays, sometimes Gilbert and Sullivan operas, The Gondoliers and The Mikado, and at other times stuff concocted by Brother Greene: Aladdin & Out! and Alibaba & the 40 Black Sheep. I’d have given my soul to be on stage in these, but Mephistopheles did not turn up to tempt me and in any case singing, even in a chorus, was quite beyond me. And that, coupled with having no handle at all on the art of ‘selling myself ’, made sure I was left out in the cold. My one line in Matrimonial Agency, however, vindicated for me the feeling I’d always had that I wouldn’t be a complete disaster as an actor. This needs some recounting.

Every time I ever saw a play, and this dates back to Mr Fixit, I would, while waiting for the curtain to rise, be intensely intrigued by exactly what was going on behind it. As the years flew past, I learnt it’s a welter of confusion, especially in school plays. But at that time I wanted nothing more than to be privy to what was brewing on the other side. And my opportunity came with this skit which our class put up for the Principal’s feast. This was Class 8, the year 1961, and I was twelve or eleven, depending on my mood. After being rapidly rejected by Brother Foran for one of the main parts, I was cast as a guy who, having mistaken the matrimonial agency for a pet shop, comes in and says, ‘I want one who will bark all day, bite people’s noses off, and guard my house from any intruder!’ When I was asked, not for the first time in my life, to speak up so everyone could hear, I found myself receding into the depths of the same black despair I had felt when I was five, and afflicted with a stammer which I finally overcame by speaking as fast as I could. Get the thought out before the damn stammer hits, you know . . . Speaking in a rush had become a habit, and though I could, even then, deliver ‘if you have tears prepare to shed them now—’ quite magnificently to myself, if anyone else were around, bewildered squeaks emerged instead of the beautiful waterfall of a voice I imagined I had. But I held on to the role, mainly by virtue of no one else being available; and after being goaded to ‘speak up, speak clear, not so nasal, not so fast!’ I found, with a bit of practice, I could actually do that in front of people too. It was a monumental discovery.

Now I was actually standing behind the curtain. I was there! I took a long while savouring the feeling that there were people out there who were curious about what we were doing, about what I was doing. I kicked the hem of the curtain to make it billow and make them wonder even more. That’s what the inside of a mother’s womb must feel like. Warm, safe, comfortable. You have no weight, no cares. The outside world is outside. It can get to you only when you let it. Then the curtain opened. Suddenly, the womb was gone and I was staring into a black void. Never having been on stage before, I was blinded by the intensity of the lighting, but then I felt the boards under my feet, and I took a breath. In the dazzling blackness, dim shapes of heads gradually began to identify themselves. They looked expectant, receptive, not hostile and judgemental, as in life. And every one of them seemed to be looking at me. I had one of the first lines. After, for a few brief seconds, almost submitting to the most intense fear I’ve ever known, I finally spoke and got it out loud and clear and not garbled and not nasal at all, and they laughed. They had listened and they had responded! And I discovered that no one in the cosmos is more desirous of loving you, for that moment, than an audience is.

I have sometimes tried to explain the sheer alchemy of this moment to indifferent journalists waiting for the ‘apt line’, or to other actors not so diffident as I was, people who’ve had no problem being listened to or responded to, and I guess it’s not that they can’t understand, but that I can’t explain it any better. It was the defining moment of my life and made me feel I was of some worth after all. Acceptance and appreciation were things I was not familiar with. And vain though it may sound, it is absolutely true that never again while stepping on to the stage have I ever felt the slightest anxiety. All I have felt is impatience. I can’t wait to be up there. And being up there, for the most part I have known only joy, even when subjected to hostile audiences. Because it’s not you they are responding to but what you are providing. A ‘bad’ audience can be turned into a ‘good’ one by a good performance and vice versa. I have always wondered if it isn’t something of an aberration to want people to respond to you and yet to not want it. Anyway, that is also why meeting the audience after a performance is not my favourite activity. The audience often mixes you up with the part you’ve just played.

Excerpted with permission from And Then One Day: A Memoir by Naseeruddin Shah, published by Penguin Books India (Hamish Hamilton), Rs 699. 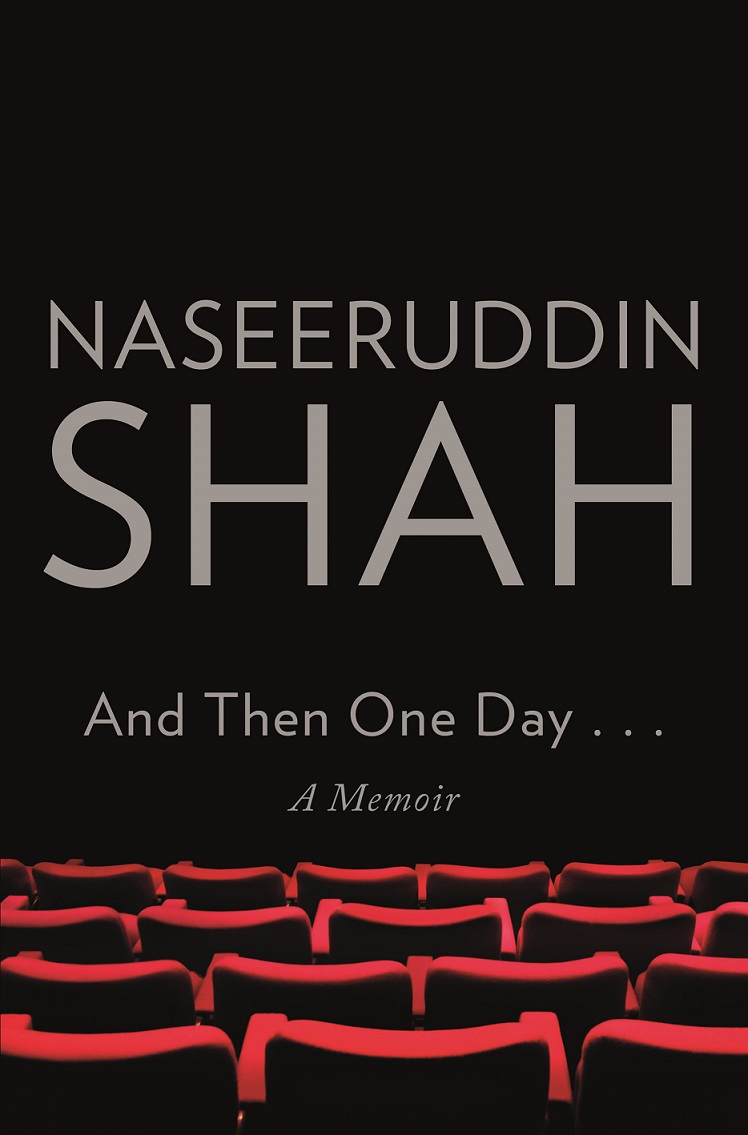 Working from home: This book tells managers how to replace command and control with trust