Much has been made of the objectification of women in Indian cinema but here’s a study that actually quantifies how Bollywood treats its female characters. An analysis by the Geena Davis Institute on Women in Media finds that at least a third of the women characters in films released in between the beginning of 2010 and the first half of 2013 were some sort of scantily dressed.

The study analyses popular films from the ten countries with the most profitable motion picture markets and the role of women in them. For most part, women are far less represented than men in front and behind the camera. In almost all film industries a large number of women are used for supportive, decorative and sexualised roles and universally, women in films cannot escape the emphasis on their looks.

India lags far behind other countries in simply the number of women characters in films. The study finds that less than a quarter of all speaking or named characters were women and none had lead roles. 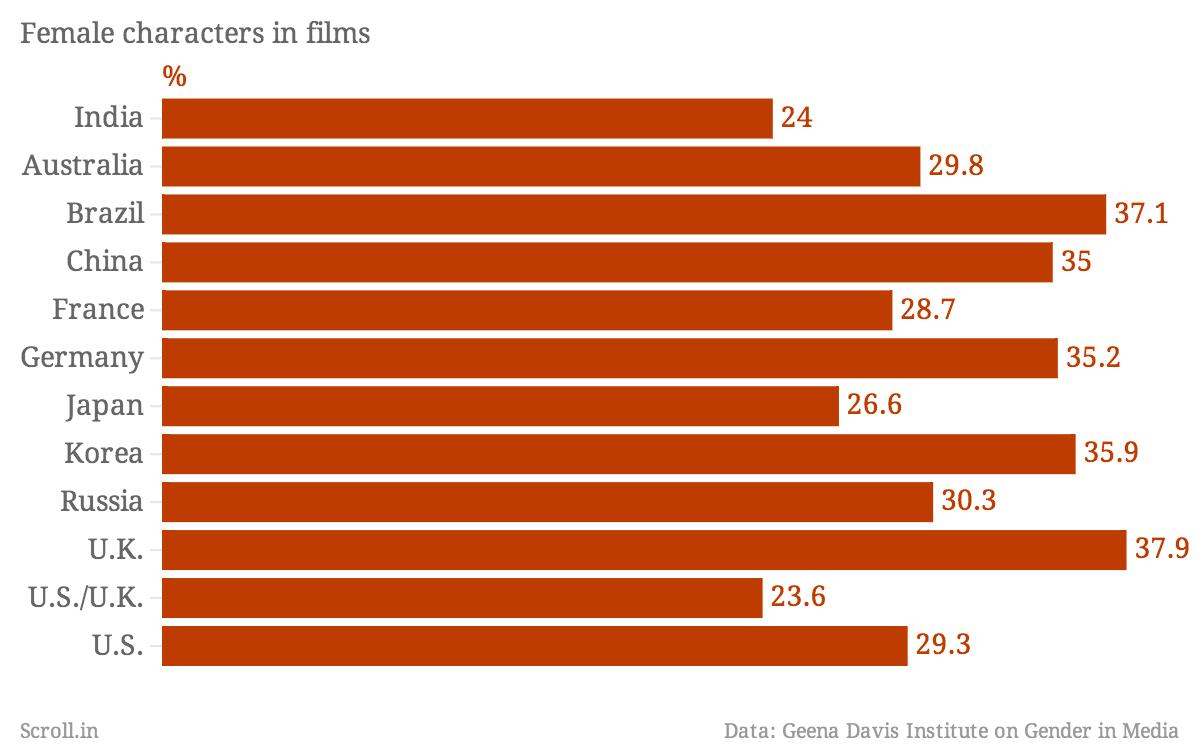 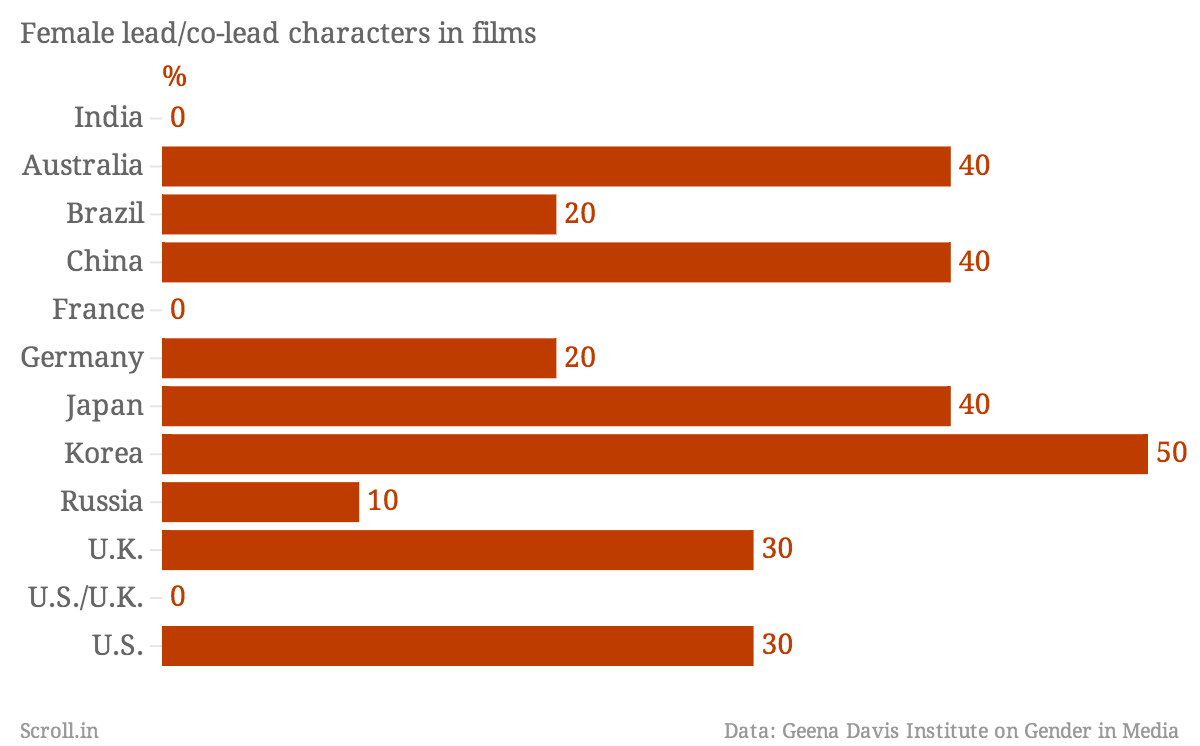 In India, far more than in other countries, women have to be attractive or be made attractive to be on the screen. The study defined attractiveness as “verbal/non-verbal utterances that communicated the physical desirousness of another character”. India was also above the average in terms of the percentage of female characters that were shown wearing something skimpy or with some nudity. Other countries with movies that emphasised sexiness are Australia and Germany.

What Indians don’t care too much for is having thin women on screen. Only 18% of female Indian film characters were thin as opposed to the average 38% in other film industries. 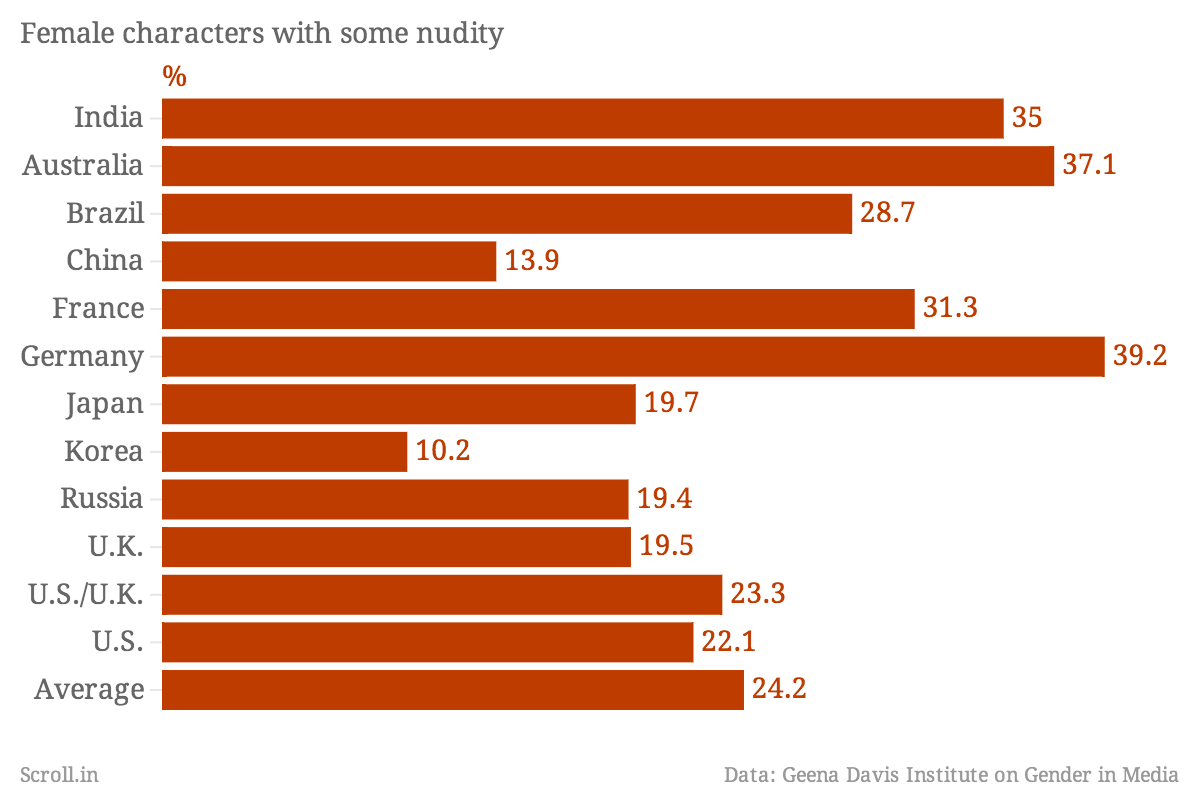 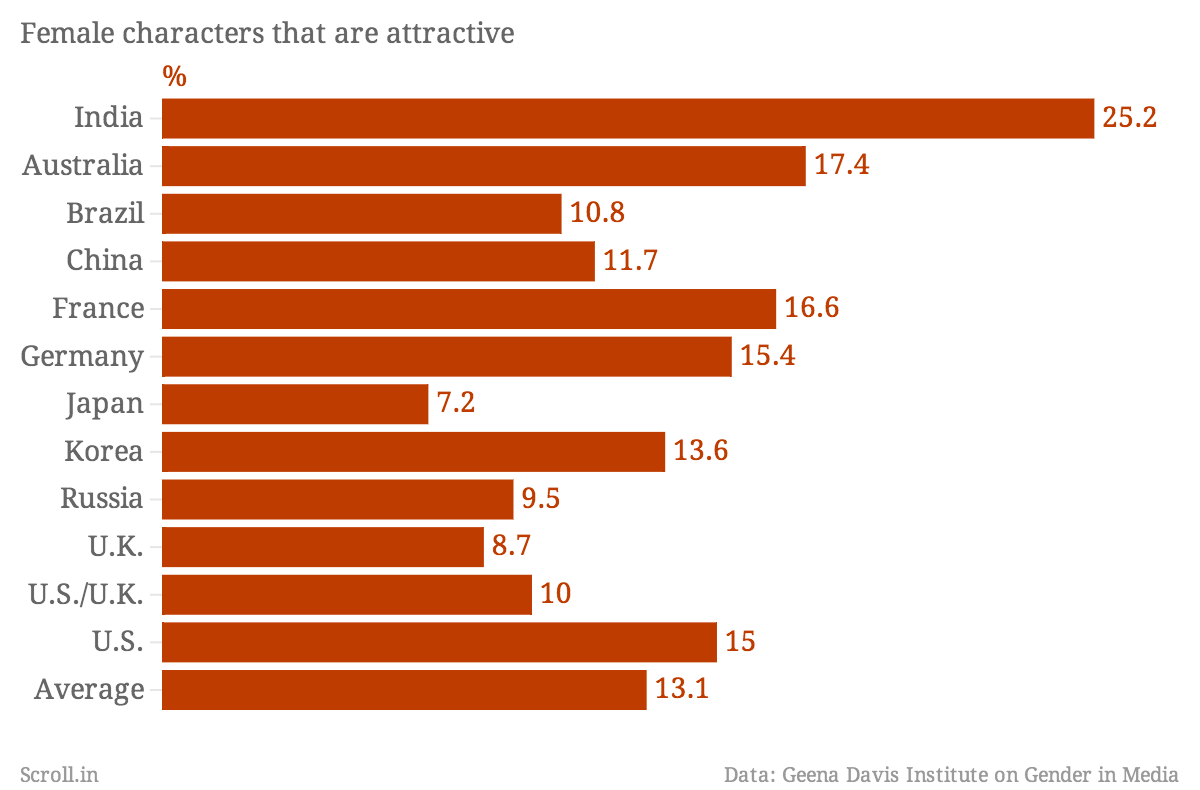 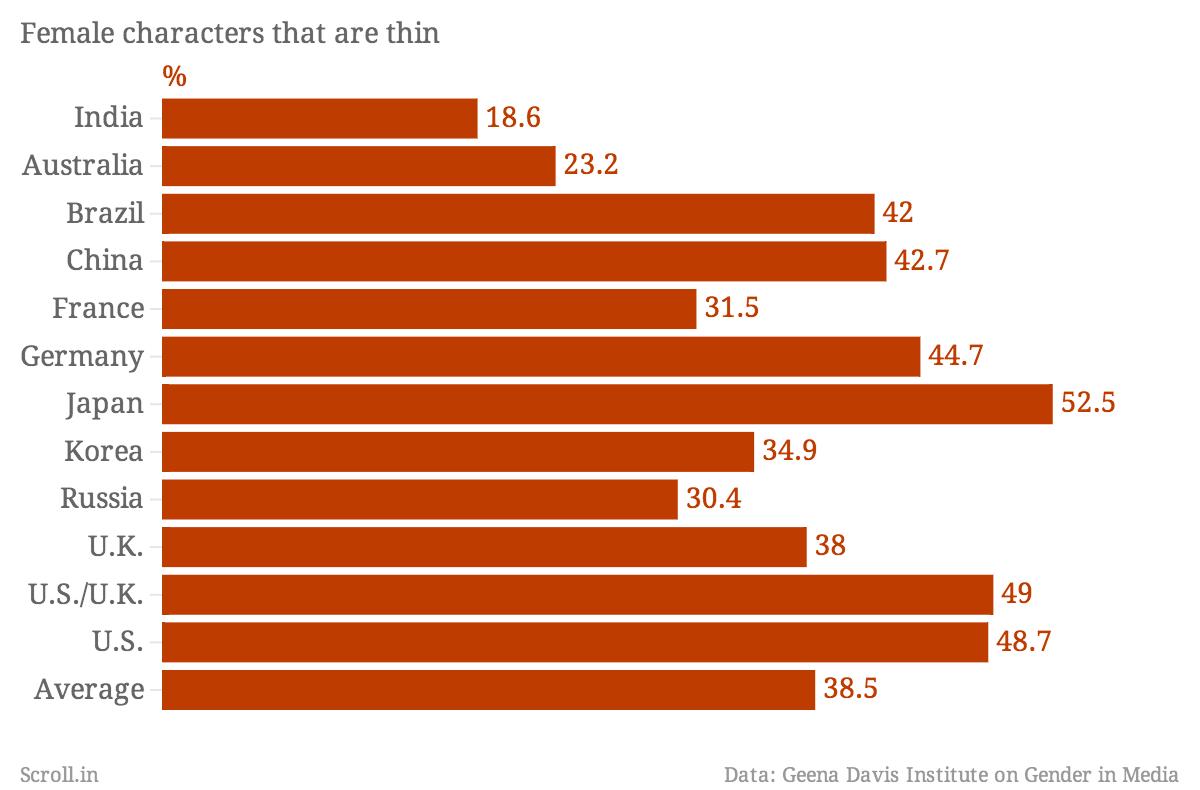 What’s perhaps most reflective of the supporting roles that women play in most Indian movies are their professions ‒ or rather lack of them. The study analysed how many female characters held jobs in technical fields like science and engineering. Indian films don’t score well, at a meager 8%. 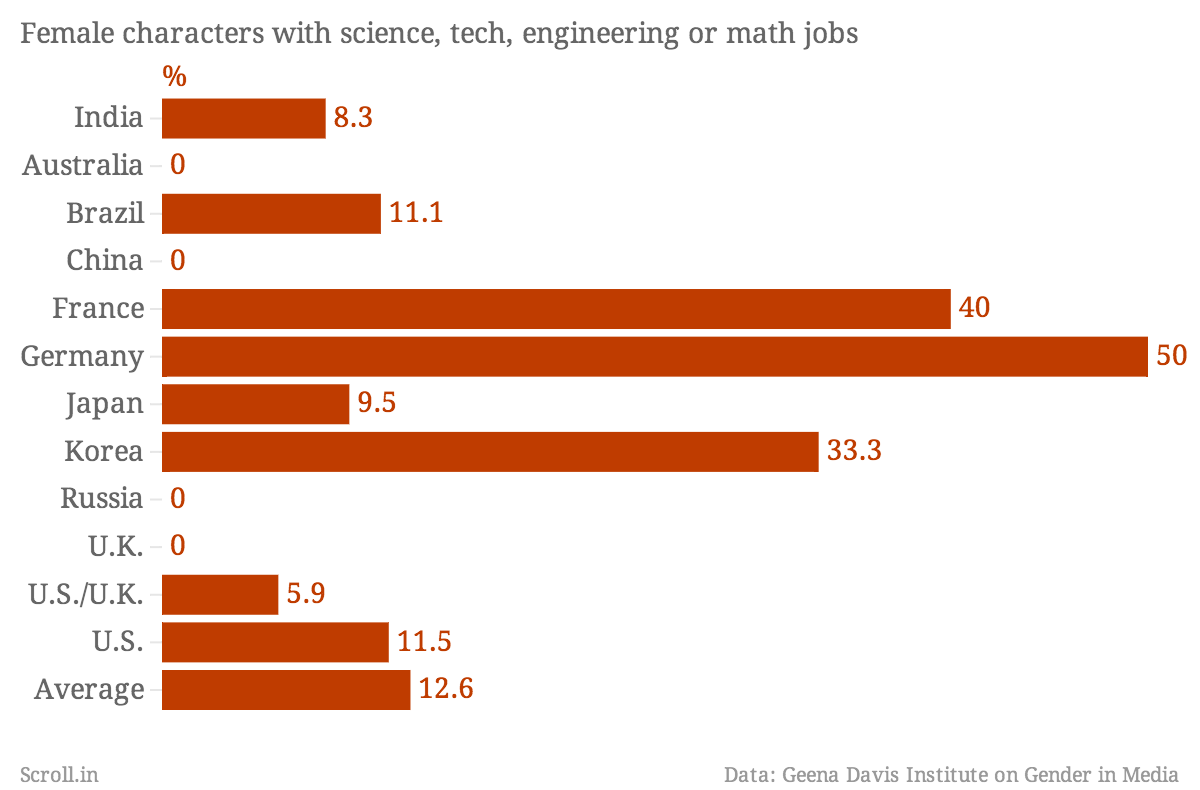