Contribute Now
Ad
The horrific floods in Kashmir last month claimed lives, property, and precious artefacts that had been preserved for millennia. Priceless exhibits were destroyed in Srinagar’s 116-year-old Shri Pratap Museum, some of which date back to the 2nd century. Neither the Jammu and Kashmir government nor the central government has yet put forward a plan to salvage the situation. 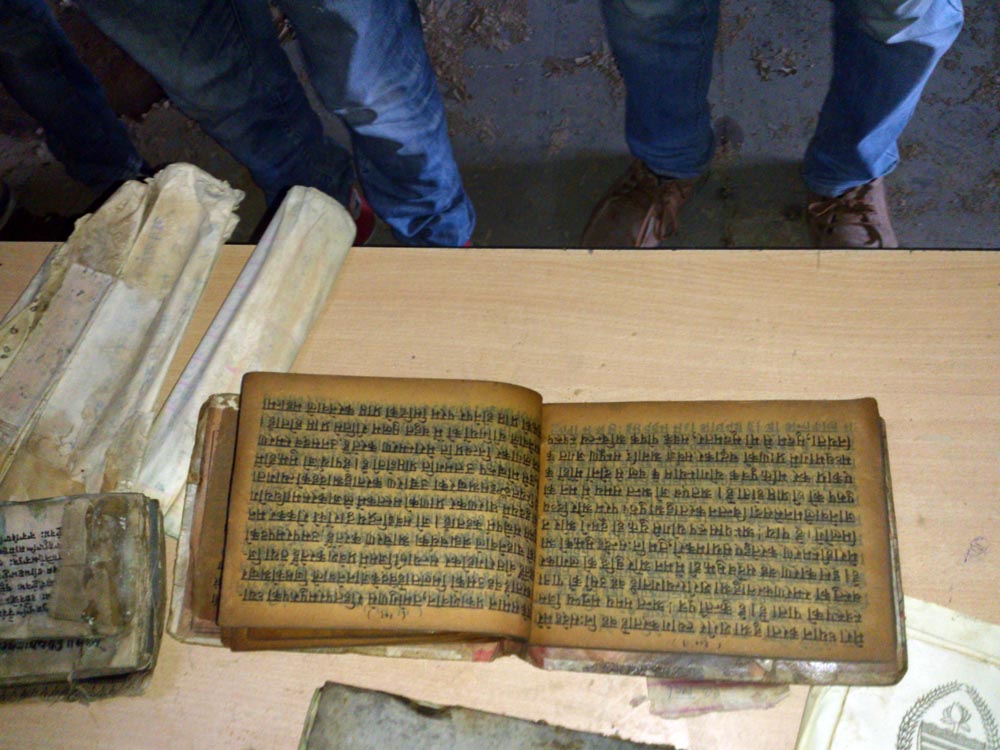 Experts say that a lot of the items – including ancient documents, rare artefacts, and art from ancient India – have been so badly damaged that they are beyond salvage. But a group of conservationists and cultural activists have begun a rescue mission to restore what is left. 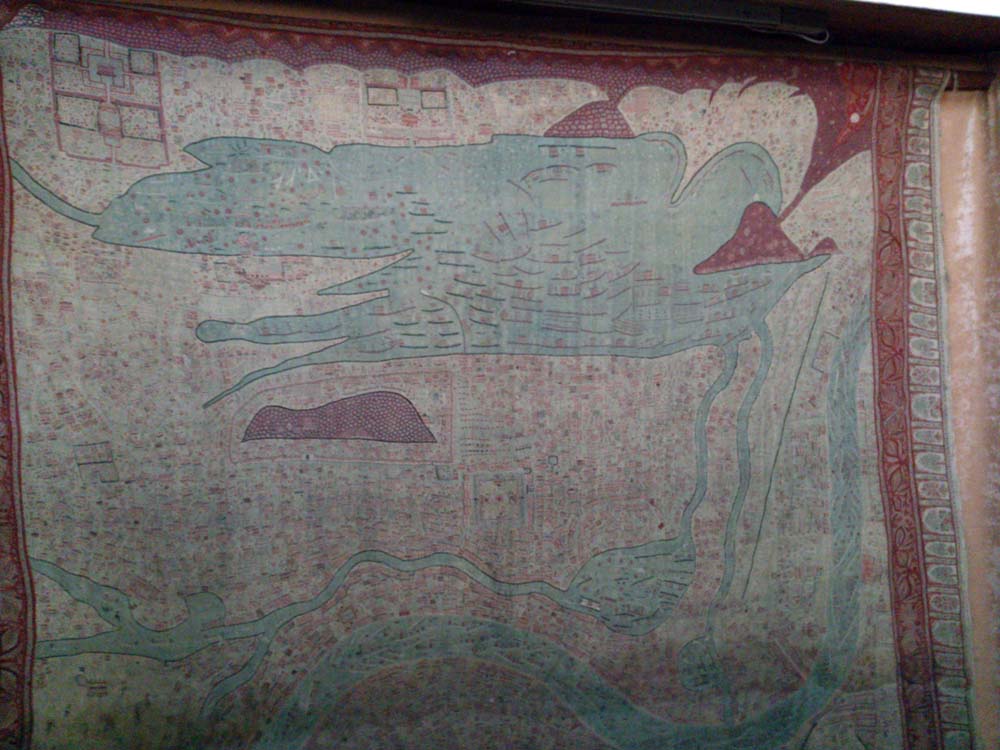 Eighteenth century shawl depicting Srinagar’s map presented to Queen Victoria I by the Maharaja of Kashmir.

“One of the rarest documents you will see, a Gilgit manuscript from the sixth century, has been damaged severely and is beyond repair,” said Saleem Beigh, a member of the National Monuments Authority. “About 30 antique shawls, one of which was presented to Queen Elizabeth I in the 17th century by the Maharaja of Kashmir, have been lost to the floods.”

One activist said that the damage from the floods was compounded because of the lackadaisical approach of the authorities, and the manner in which damaged items were handled. If the rescue operation for these items had been mounted sooner, a lot of valuable items could have been retrieved. An INTACH survey confirmed that irresponsible handling of damaged items may have compounded the losses.

“The lack of skilled conservationists at the SPS Museum is responsible for this loss,” said Ram Rahman, a cultural activist with Safdar Hashmi Memorial Trust. “Priceless items including antique shawls were washed in tap water and dried in the sun. Even a layman understands that one cannot preserve ancient items in this fashion. The shawls were being dried on pavements, out in the sun, while stray dogs trampled over it.” 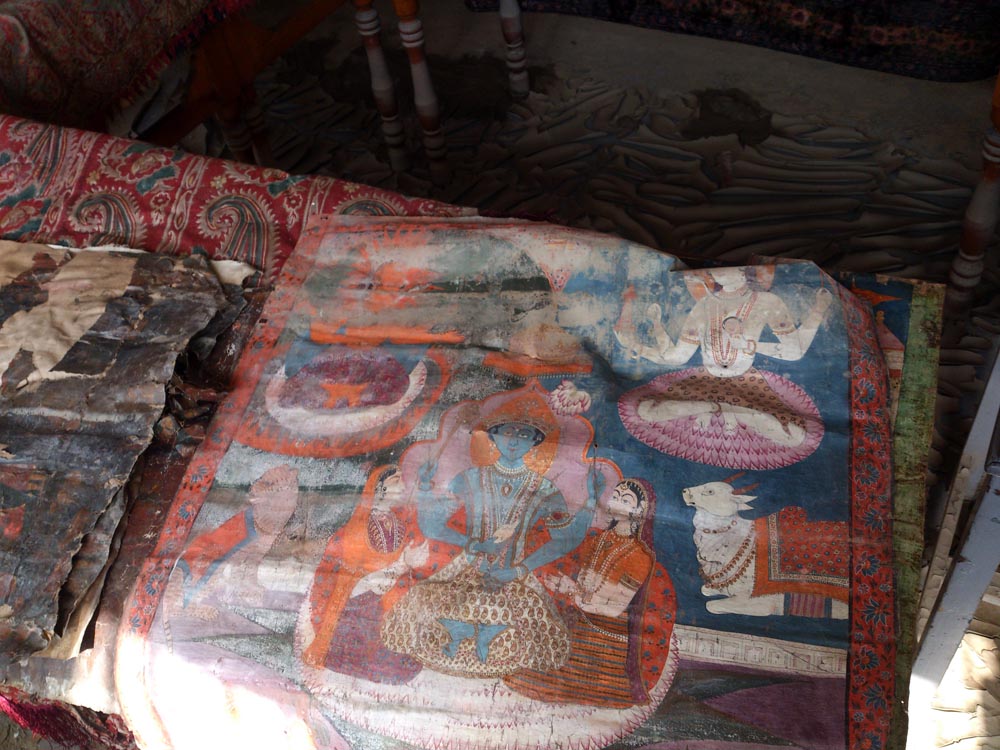 Rare paintings by artists like MF Husain, Bal Chhabra, Gulam Mohammed Sheikh, J Sultan Ali and GR Santosh were destroyed. But Sukhjeet Singh Kukkal, a sculptor and member of the faculty at the Institute of Music and Fine Arts, managed to save some of the art. “He grabbed however many he could and stayed in the attic of the museum for four days straight after the floods hit the city of Srinagar,” said artist Veer Munshi. “But the majority of both the modern and contemporary was lost.” 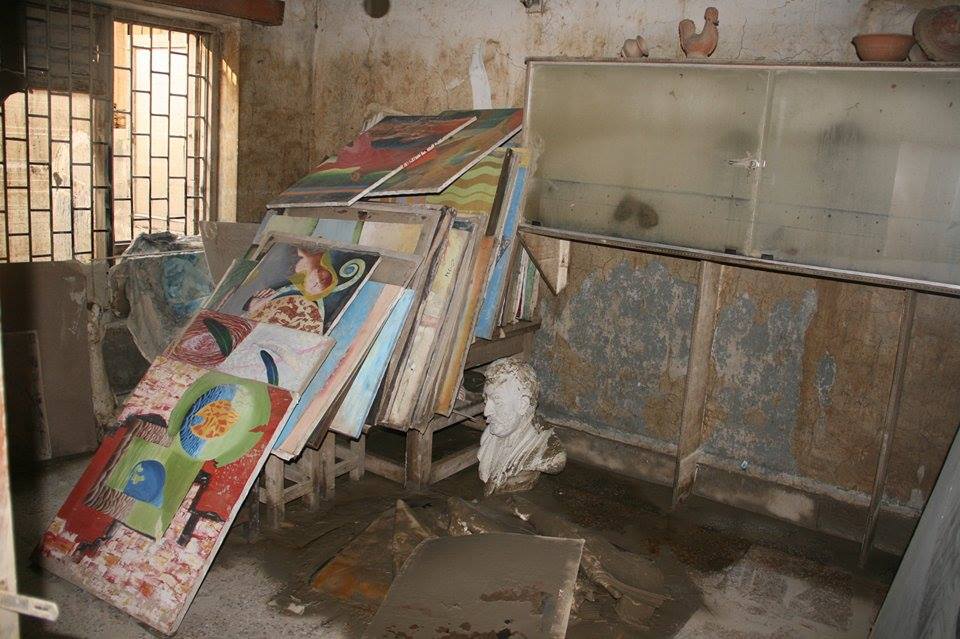 Paintings saved by Sukhjeet Singh Kukkal in the attic of the museum.

The Srinagar museum also had the richest collection of writing in the Sharada script in the country, dating back to the initial phase of Islam coming to Kashmir, in the 14th century, and ranging till the 16th century. All of these were destroyed.

A three-member team led by the director of conservation at the National Museum visited Kashmir last fortnight to take stock.

But restoring some items will take years. “We need to immediately isolate items as often damaged items that are kept together can catch fungus, which is lethal,” said Joyoti Roy, a conservationist with the National Museum. “Storing these items separately will require space and skilled manpower.” 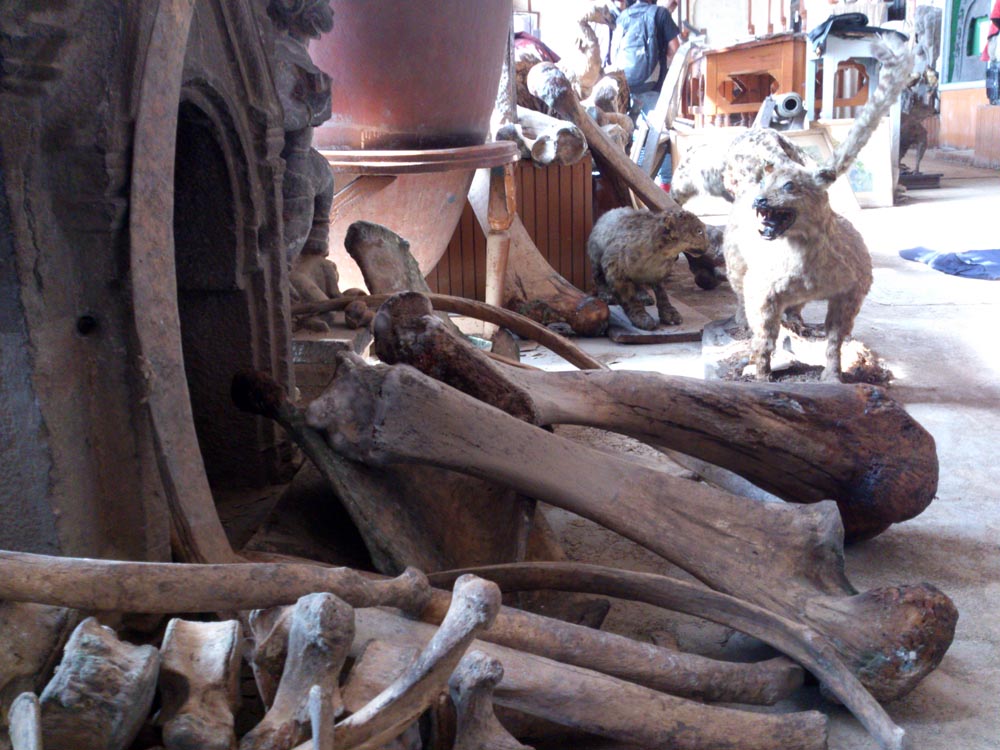 Fungus-infested skeleton of a Woolly mammoth.