Oct 14, 2014 · 03:30 am
Nayantara Narayanan
Five years ago, a team of scientists from India and the United States began to take research expeditions in the northern waters of the Arabian Sea, checking out a new marine species that was taking over large tracts of water. It was first observed in 2003 that the plankton species, which blooms in the winter months, was becoming thicker and more widespread. It lay like a green blanket on the surface of the water – a blanket that could stifle the normal marine food chain, having direct impact, for one, on the abundance of fish that ends up in the markets of Maharashtra and Goa.

After three years of testing the water, the team has found that the northern regions of the Arabian Sea have been turning hypoxic, or low on oxygen. The new plankton, Noctiluca scintillans, grows particularly well in low-oxygen environments. Once confined to a few zones in the sea and blooming only occasionally, N. scintillans is now a dominant type of plankton that blooms every year and is displacing fish-feeding plankton called diatoms. 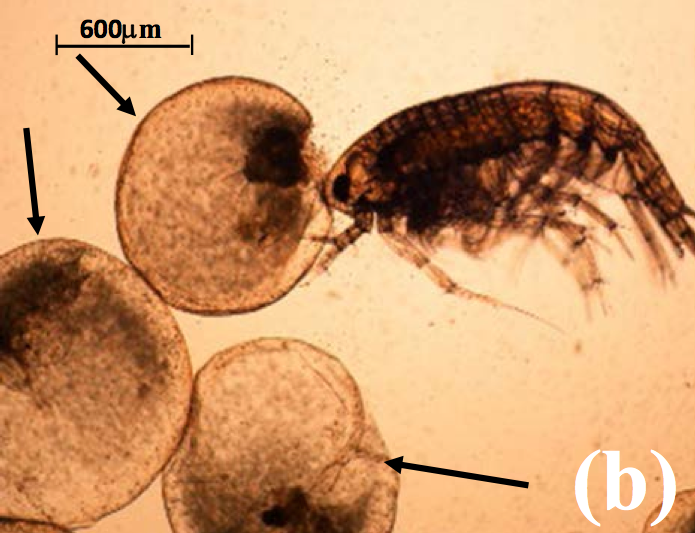 N. scintillans cell (~1 mm in diameter), next to an amphipod showing that it is to big to be eaten by a similar sized zooplankton.
Image: SGP Matondkar

Landlocked off to the north, marine life in the Arabian Sea is dependent on the annual monsoon winds, which draw the nutrients they need for sustenance up from the depths of the ocean. Once the monsoons have passed over the sea, there’s a burst of growth of diatoms. In healthy, life-sustaining marine systems, diatoms are eaten by zooplankton, which in turn are eaten by fish – a sequence that has continued in the Arabian Sea for centuries.

Changes in climate, warming landmasses and pollutants from coastal cities are rocking the balance, warn ocean researchers in a paper published in Nature Communications.

“Bottom water brought to the surface has low oxygen, and coupled with waste water from cities and factories, it triggers hypoxia,” said SGP Matondkar of Goa’s National Institute of Oceanography in an email to Scroll. Matondkar worked on this study with biogeochemists from Columbia University and other marine scientists and microbiologists.

As the population in the Metropolitan Mumbai Region has doubled over the last decade to 21 million, the paper contends, the city discharges 2,700 megaliters per day of wastewater into the Arabian Sea. Since wastewater treatment has not kept pace with the growing city and industrialisation in the area, it is severely short of oxygen. In the same manner, the Pakistani city of Karachi, with a population of 15 million people, sends 1,600 megaliters of domestic and industrial wastewater into the sea. This means that 70% of the water is severely oxygen-depleted. The boom in fertiliser use and the corresponding quantities of agricultural run-off emptying into the sea could also be contributing to the oxygen shortage. 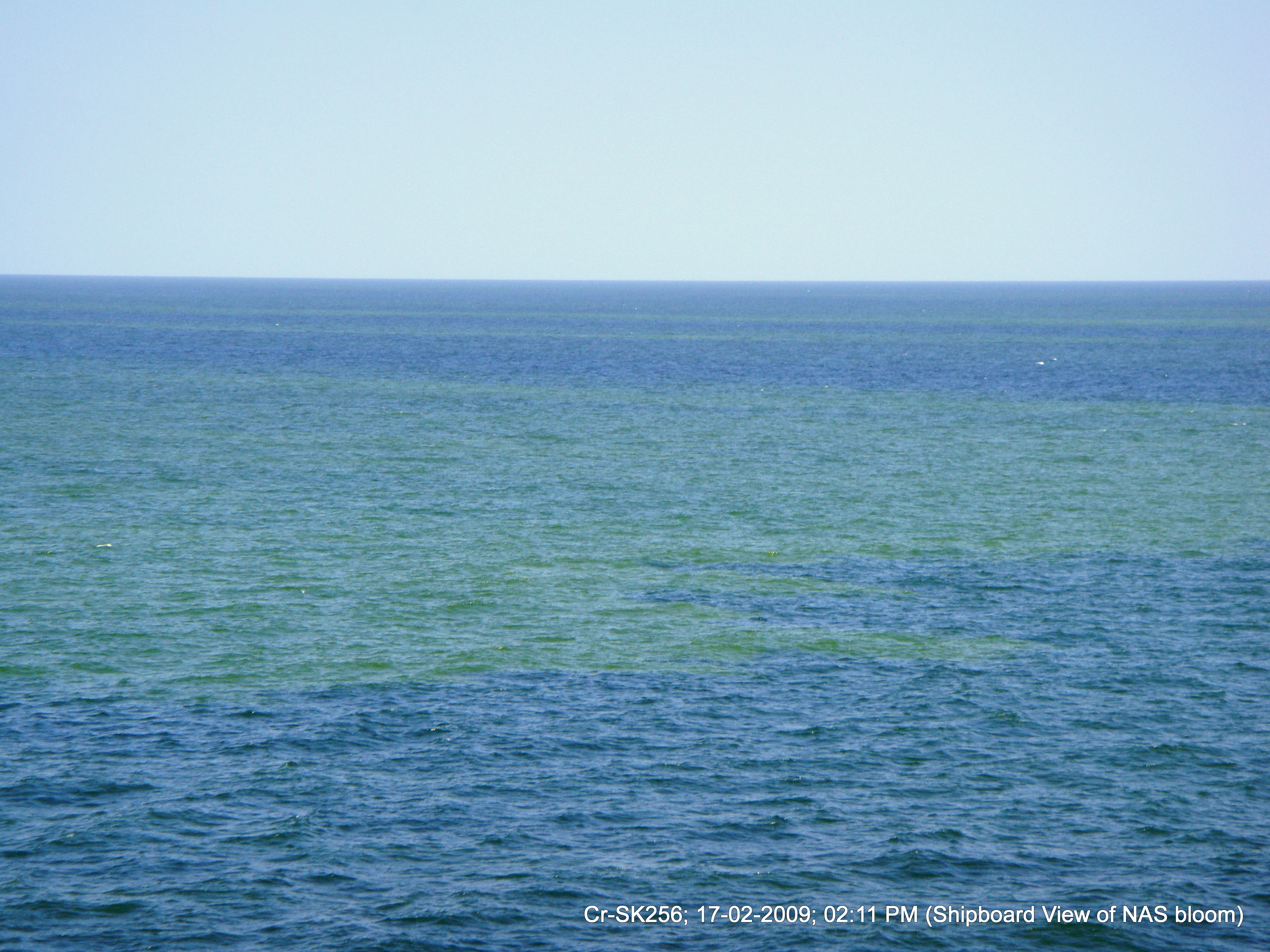 The growth of N. scintillans in oxygen-depleted waters stymies the growth of diatoms. While N. scintillans also ingests diatoms, it is too big to be eaten by zooplankton and instead feed gelatinous animals called salps, and jellyfish. Matondkar has observed jellyfish populations on the rise in some areas, further indication of a shift in the sea’s ability to support fish populations.

Fisheries haven't started reporting any effects of the problematic algae yet because the blooms have not coincided with the commercial fishing season along the Arabian coast. But the danger grows as N. scintillans continues its conquest of the Arabian Sea. “The commercial fishing catch is up to January-end. The bloom initiated during February,” Matondkar said. “Noctiluca blooms appear much after the peak in commercial fishing activity. If the bloom happens early, fisheries will collapse.”

Assam: Students form human chain on banks of Brahmaputra in protest as river gets polluted