May 18, 2015 · 08:30 am
Rajdeep Sardesai
Whatever the truth, the fact is the interview was a blockbuster. If the Rahul interview forced the Congress leader to retreat, Modi’s India TV programme only added to the aura around him. Over the next twenty-eight days—between 12 April and 10 May—Modi did almost fifty print and television interviews. It was almost as if he now felt ‘liberated’ from the self-imposed cage in which he had locked himself over the last fi ve years.

The media blitz was well choreographed. Modi would do his interviews almost in tune with the election calendar. So, for example, he did an interview with the news agency ANI just a day before the crucial phase five of the elections. Campaigning had ended in 121 seats in twelve states, but Modi knew the interview would be carried across all the channels which subscribed to the agency just ahead of the polling. When Tamil Nadu was going to the polls, he spoke to Tamil channels; when Bengal was going to elections, the preference was for regional Bengali channels; and when his home state of Gujarat was polling, Gujarati news channels were targeted.

‘Narendrabhai knew the power of regional networks and actually told us he would prefer speaking to them,’ is how a Team Modi member put it to me. His energy was boundless. He would do the interviews at his Gandhinagar residence either before he set off on the campaign trail at 9 a.m. or after he had returned well past 10 p.m. Modi had always loved the camera; now he wanted to make up, it appears, for the lost years, when he had consciously stayed away from it.

The scheduling of the interviews was left to a small group of offi ials, mainly from the Gujarat government. Modi didn’t have, contrary to popular belief, a highly qualified team of external professional media advisers. His PRO, Jagdish Thakkar, for example, was from the state information department and had been with the Gujarat chief minister’s office since 1989 (he would later move with Modi to the PMO). Whenever I’d phone Jagdishbhai seeking time for an interview, he’d talk to me about my father’s batting instead.

‘Oh, what a batsman Dilip Sardesai was!’ he’d say, fobbing me off. I told him that much as I liked hearing praise of my father’s cricketing skills, I’d feel even better once I had got my Modi interview.

I did not get the interview, though Modi had promised me one and had even said no questions were taboo (‘Arre, tumse koi dushmani nahi, Rajdeep’—I have no enmity with you), but at least my network did get more than one. The only major news network that wasn’t given an interview was NDTV. Modi, it seems, still hadn’t forgiven or forgotten the reporting done by the NDTV channels (yours truly included) during the Gujarat riots and its aftermath. In fact, during a Network 18 event in 2013, Modi made a snide remark that NDTV’s ‘Save the Tiger’ effort got sponsorship because ‘the tiger was secular and maybe the lion was seen as communal’. The BJP members in the audience laughed; I thought the remark was in rather poor taste.

Indeed, some things did not change even as Modi tried to appear more conciliatory towards the media. Whenever an interviewer asked a tough question (but very few did), you sensed a certain frostiness return to Modi’s eyes. It happened when he was asked a question about his wife Jasodhaben and when an interviewer tried to push him once again on the riots. He chose to describe any criticism as being the handiwork of ‘news traders’, a rather unfortunate and ominous term that sadly no interviewer dared challenge. It was as if Modi had mentally divided journalists into camps and was urging his supporters to see any criticism of him as ‘paid media’, another regrettable term designed to put even professional journalists on the defensive.

The truth is, Modi was in full control. He was setting the terms of engagement with the news media and relishing the challenge. Most journalists were just grateful for the limited access and happy to be co-opted. A charismatic speaker, Modi knows what will ‘sell’ with the viewers and what won’t. His ear for a good slogan or a line rarely fails him. While a Rahul Gandhi dithered after his initial faux pas, Modi was on a roll. Body language is also a potent communicator. A burly swagger compared with cutesy hand-waving became the default TV split screen for the Modi–Rahul personality clash. Modi on stage is a domineering fi gure with not a trace of tentativeness; Rahul, by contrast, looks like a shy schoolboy pushed into a dramatics class.

As one political observer put it, ‘A doctorate in communication was being pitted against someone still in kindergarten!’ It was a no contest. The prime-time battle had been settled.

Excerpted with permission of Rajdeep Sardesai and Penguin Books India from 2014: The Election That Changed India (Penguin, Rs. 599). 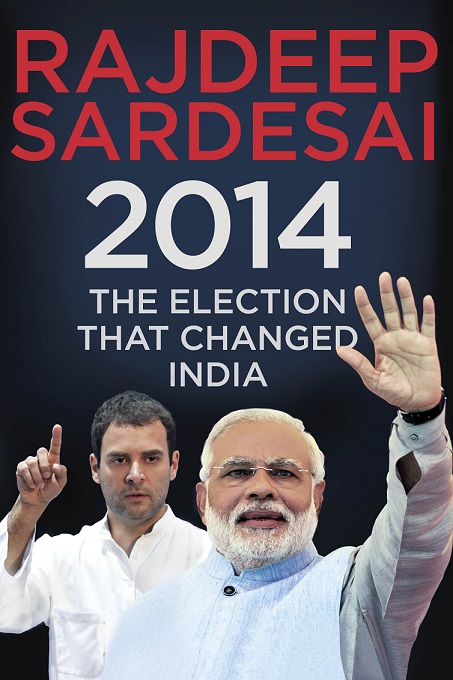 How did the BJP build organisational strength in Bengal? With (more than) a little help from the RSS