Contribute Now
Ad
Every year, the northern state of Punjab collectively burns between seven and eight million tons of plant debris from its rice farms. The plumes of smoke that rise from the paddy fires have a lingering effect on the nearby Union Territory of Delhi. The fumes are so significant that the National Aeronautics and Space Administration in the United States took notice of the phenomenon a while ago and started releasing annual photos of the fires over the millions of hectares of agricultural fields in Punjab.

“The Indian state of Punjab has two growing seasons: one from May to September and another from November to April," NASA said. "Many Punjab farmers rotate between crops, planting rice in May and wheat in November. In order to quickly prepare their fields for the wheat crop, many farmers simply burn leftover plant debris in late-October and November after harvesting rice. The practice is known as paddy stubble burning.” 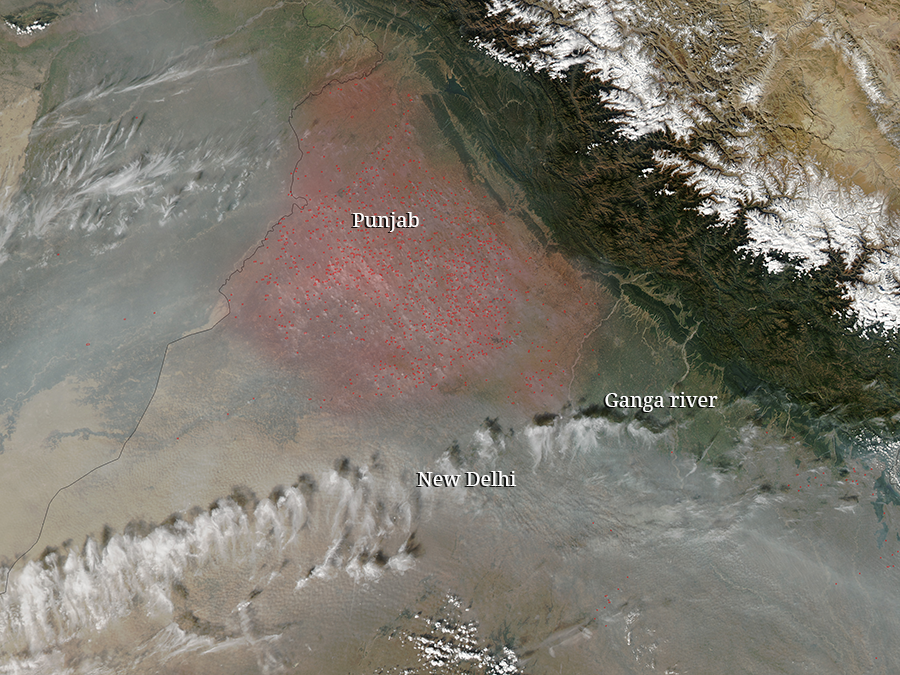 The image was taken on October 31 and the large area covered by the red dots is where the burning was taking place. Along with the fire, one can see a layer of aerosols, which include smoke, haze, dust and particulate air pollutants. Officials of the Delhi Pollution Control Committee officials along with scientists at System of Air Quality Weather Forecasting and Research Centre have said that such burning is adding to Delhi's local pollution load.

“Pollution doesn't have boundaries," Anumita Roy Chowdhury of the Centre for Science and Environment told The Economic Times. "All states need to act together."

The Punjab fires will only compound the smoggy conditions that Delhi is experiencing early in the mornings these days, and air pollution is only going to increase in the coming weeks.

Crop burning is already illegal in most states in India, including  Punjab, and violators are supposed to be booked under section 188 (disobedience to order duly promulgated by public servant) of the Indian Penal Code and the Air (Prevention and Control of Pollution) Act. 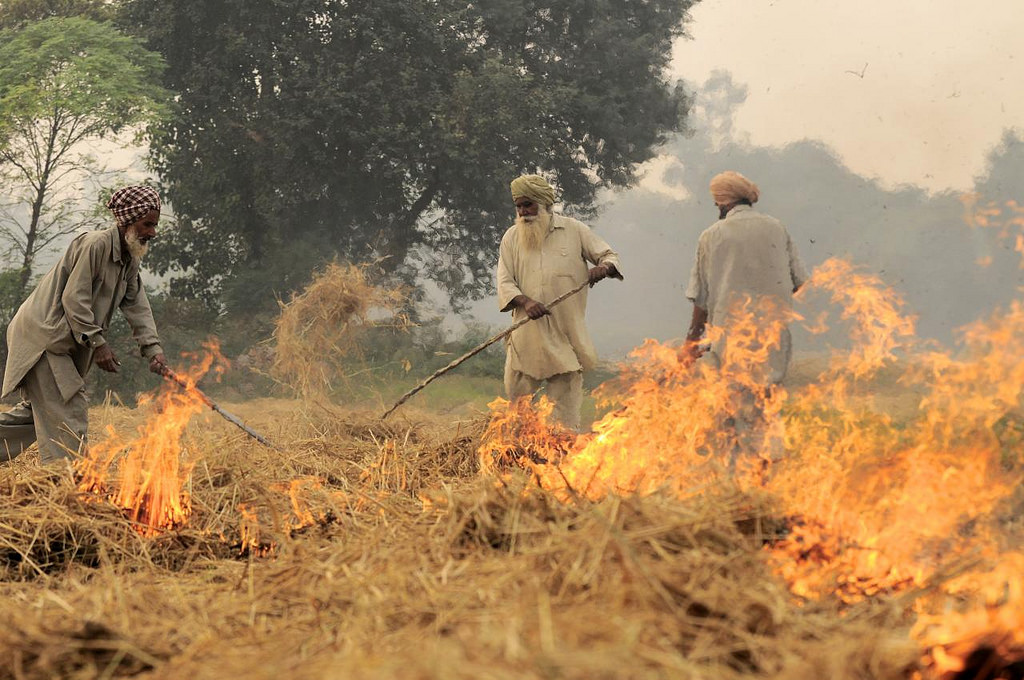