Contribute Subscribe
Ad
Thought you had a busy few days coming up? Just take a look at Prime Minister Narendra Modi’s schedule. The PM has just come off a relatively light few days, having spent October campaigning to see the Bharatiya Janata Party through to victories in Haryana and Maharashtra, while the next Parliament session is still some time away. But now Modi gets incredibly busy.

Over the next 10 days, Modi will be visiting three different countries, attending four multilateral summits and meeting over 40 foreign leaders. Although he’s done a fair amount of outreach in the first few months of his tenure, visiting Japan, the United States and Brazil, this is his busiest foreign trip yet. It will also be the longest an Indian Prime Minister has spent continuously abroad for at least a decade.

Modi has already had a chance to establish some rapport with a number of world leaders, both in bilateral meetings as well as through international fora like the United Nations General Assembly as well as the BRICS summit. Now he’ll get a chance to use some of the leverage he has built up, as he goes into meetings with Association of Southeast Asian Nations, the members of the East Asia summit, the G-20 major economies and the Pacific Island Leaders. 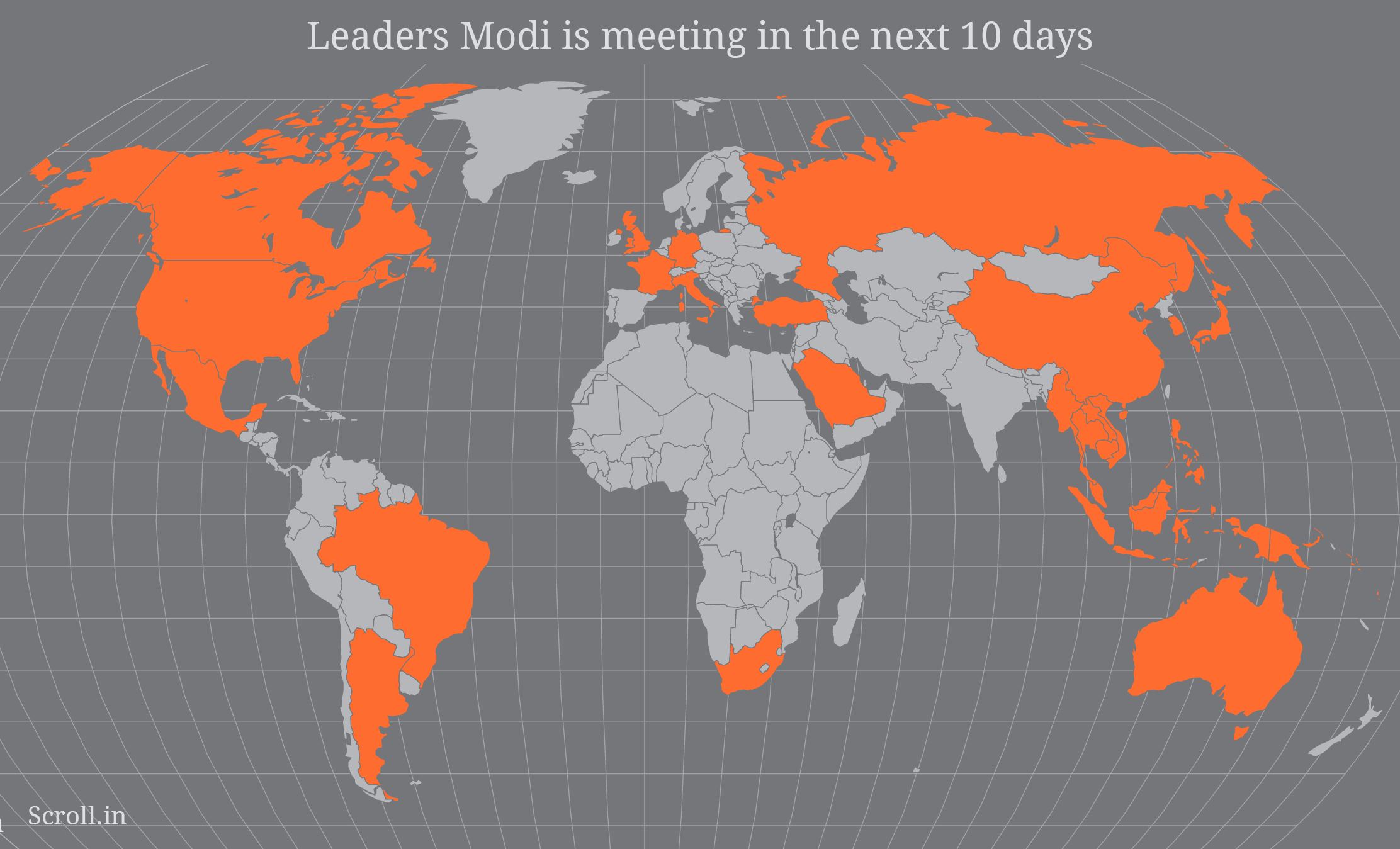 Although many of these will be in a multilateral setting, Modi also plans to meet over 20 leaders in a direct, bilateral fashion. That means, over the next 10 days, Modi will have a chance to establish and develop relations with some of the most important countries across a large swathe of the world.

First there are the ASEAN nations, which are meeting in Myanmar, where Modi hopes to improve connectivity and actually deliver on its Act East commitment. This is followed up by the East Asia summit, a forum that is likely to get more and more important as it brings Asia’s biggest economies in India, China and Japan, as well as a number of other crucial players in the region.

Modi will then head off to Australia, where he intends to visit four cities along with attending the all-important G20 summit. The prime minister has promised to make black money part of the agenda there, but after Tuesday’s announcement of a deal between the US and China to take on greenhouse gases, it’s likely climate change will also be one of the main thrusts of the meet. India’s demands on the World Trade Organisation front will also be on the agenda.

Finally Modi gets to jet off to the little island of Fiji, where he will be the first Indian PM to visit since Indira Gandhi. Here he will also attend a mini-summit featuring the leaders of 14 different Pacific Islands, while also persisting with his efforts to reach out more to the Indian diaspora across the world.

As Indian passport falls one rank to 82 on the Henley Index, here’s how it has fared since 2014