Become a Member
Ad
India’s first community-led museum to document the social history of the deadly gas leak of 1984 and the people’s movement for justice afterwards will open in Bhopal around December 3.

Led by the voices of the survivors, the museum, built by the Remember Bhopal Trust, will take visitors through people’s memories of the leak, to how the movement for justice itself coalesced and continued to rage for 30 years, with oral histories, objects related to those stories and photographs of those who are speaking.

All contributors are survivors of a deadly gas leak in the early hours of December 3, 1984, when a valve at the Union Carbide India Limited chemical plant in Bhopal leaked methyl isocyanate into surrounding areas. The gases killed at least 5,000 people and permanently maimed and injured hundreds of thousands more. The effects of the contamination have since passed on to later generations.

“Had the people who died still been alive, they would have written the stories of their lives on their own,” said Hazira Bi, an activist and survivor whose testimony is a part of the museum. “But they are dead. Others should learn the lesson that there should be no more Bhopals, whether it is the coming government or the new generation, which is why we are building this museum.”

‘The state has no moral right’

The state government also plans to build a museum on the currently contaminated land of the site of the Union Carbide factory, but has not involved survivors in the process. In 2009, the government had held a competition for designing a potential museum, which was won by a Delhi-based company, Space Matters. The government later awarded the tender to build the museum to the same company. The company has also been asked to decontaminate the site – something survivors feel Dow Chemicals should take responsibility for.

“If they are going to build a museum after 30 years, what will they put there?” asked Rasheeda Bi. “The ground is still poisoned. If you build a museum, then all that toxicity will spread in the air, in the soil. There is nobody from the government standing against these companies but yet they want to come here and build a museum."

This was where Rama Lakshmi, a journalist, museologist and oral historian came in. In 2009, Lakshmi travelled to Bhopal to cover the 25th anniversary of the leak. Rasheeda Bi, when she met Lakshmi, mentioned the state government’s plan to build a memorial.

“She [Rasheeda Bi] said they were opposed to the memorial because the government had no right to tell their story as it was complicit in the injustice they had suffered over decades,” said Lakshmi. “As a museologist, that interested me.”

Lakshmi had worked on community museums in the United States, with native Americans and the disability rights movement. This, she thought would be the perfect way to let survivors speak for themselves.

The Remember Bhopal Museum is an elaboration of an older idea from 2004, when survivors of the leak decided to put together objects commemorating those who had died.

Called Yaad-e-Hadsa, the 2004 museum was a simple affair. Survivors contributed items such as frocks, walking sticks, sewing machines and pencil boxes that belonged to those who had died. These were arranged on a large table in the centre of a room with photographs of the people to whom the objects had belonged. Many of these were the survivors’ last physical connections to their lost ones.

While the organisers of Yaad-e-Hadsa had kept these objects, with time, they had forgotten where and how they had obtained some of them. Simultaneously, Lakshmi and Shalini Sharma, an activist and assistant professor at the Tata Institute for Social Sciences, though it would be best to have the survivors talk directly about their experiences.

“Oral histories become the sutradhars, the narrative thread at the heart of this museum,” said Lakshmi. “This was at the heart of my conversation with Rashida – that they have the moral right to tell their stories and we have to ensure that we secure this story for them.”

They interviewed around 50 survivors about their memories of the events. The entire committee, including survivors and activists, then selected stories they thought were striking and asked their interviewees for any object that might represent it.

“It was difficult to talk, but not impossible,” said Hazira Bi. “For 30 years, the government and the company have put salt in our wounds. I am very ill now, but people who come after us should understand what we are fighting for and they should continue our struggle.”

Not all objects collected for the Yaad-e-Hadsa museum overlap with the new one, and some are there by coincidence.

“We interviewed Mulchandji, who had lost two children, a boy and a girl, in the disaster,” said Sharma. “He gave us his daughter, Pooja’s, sweater. But he died of a gas-related illness before we returned two years later to take photographs of the survivors. When going through the portraits of Yaad-e-Hadsa, just by chance we happened to find a family portrait of Mulchand with his children. That is now in the exhibition.” 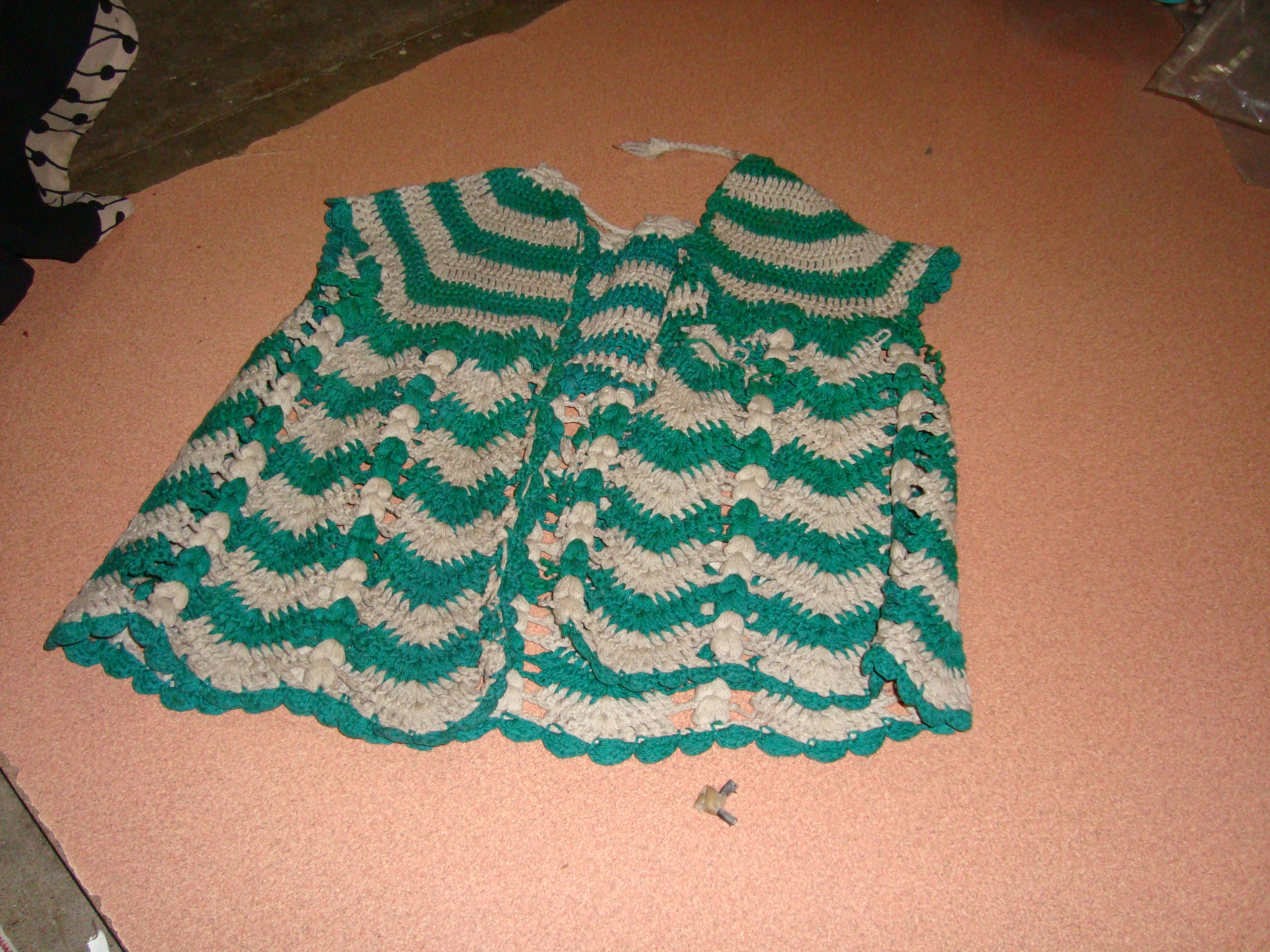 The key point of the trust was that it would not deviate from the values of the movement. They have used no chemicals to preserve the objects, the posters are not made of flex, and they refused to accept donations from corporations or governments. They also want the museum to record not just the horrors of that night, but also how the movement galvanised after.

“I did not just want this to be a tragedy and trauma museum,” said Lakshmi. “You as a visitor should not just come away thinking that it is really sad. You should come away saying that is tragic, but wow, they’re still fighting. This has transformed people from victims into warriors and that is a very important story. Largely elderly women have been radicalised and have crossed the lines society imposed on them before the gas leaks.”

They initially planned to have a bus travel the country to collect social histories of other similar movements for a year, reaching Bhopal on its 30th anniversary, but did not have enough funding. For now it is sponsored only by individuals and like-minded organisations. The museum will be in a small room rented by the trust within walking distance of the site of the Union Carbide factory.

Her only regret, says Rasheeda, is that she did not think of doing this earlier.

“Had we known about this museum, we would have kept many more objects,” she said. “But it has been so long that people have slowly been throwing things out, in Diwali cleaning and otherwise. If even 20 years ago, we had thought of this, it would have been good.”

Excerpts from the audio interviews:

When the gas leaked, everyone was left unconscious on the road. Animals, parrots, dogs, and cats everyone was lying down like dead bodies. When the voices of ‘Run, Run’ came, we were in our house. As it was winter season, we were sleeping with blankets on our face and so couldn’t feel anything. Far from there the voices of run, run came. When I came outside, thousands of people were running. I asked one ‘What happened? What is happening?’ Suddenly I started to cough and my eyes began to inflame. Then, I along with my family started running in the same direction where everyone was running. From my house till the bus stand, there were dead bodies, dead bodies, dead bodies and only dead bodies. There was no one to look and pick these dead bodies. Even the leaves fell from the trees. There was not a single leaf remaining on the trees. After that, I was unable to see from my eyes.

The people who inhaled that poisonous gas that night, the effect shows on their kids today. The germ in my body has been passed on to my baby. My child who is 9 years old can’t walk stand on his feet, can’t walk. Today he is dependent on me. Today when he says that he wants to play like a normal child, then I think had that incident not happened on that night, today my child would have been normal.

He is good in studies. You teach him something, he will learn very fast. His brain is very sharp. He is just handicapped in his legs, his hands are bent. If his hands become alright, he can achieve a lot in future.

His father suffered a lot due to the gas. He had such severe stomach ache that he used to twist and turn like a fish out of water. Today also he suffers from that pain and it has spread all over his body. Till today there is no proper treatment available neither in Kamla Nehru or Hamidia nor in any hospital of Bhopal.

We, the victims, alone know our mental condition. We will obviously support the other victims. That’s why I married one victim. Here, there many cases of a gas victim marrying another victim. Imagine our strength. Even with paralysed children we still support each other. Despite being a gas victim myself I married another and made a family. We give hope to each other that in near future our children will be cured of all the ailments. We still have hope!