Contribute Now
Ad
The three waves of the 2004 tsunami drastically changed many lives. One of them was Murugammal, a member of one of Tamil Nadu’s most destitute nomadic tribes called boomboom mattukarans. She was just eight or nine then.

Ten years later, Murugammal, who had never seen the inside of a school before the tsunami, is in a teacher training college in Kurukkathi in Tamil Nadu’s Nagapattinam district.

Much of this is owed to Vanavil, a school set up after the tsunami for the children of the boomboom mattukarans tribe. It was founded by journalist-filmmaker R Revathi in 2005 as an indirect result of her volunteering in Nagapattinam in the tsunami’s immediate aftermath.

She and a group of her friends were at a bus stand when they noticed Murugammal begging. “Nagapattinam was flooded with relief material and food was going to waste, so we wondered why she was begging,” Revathi said. When the group followed Murugammal back to her family, they realised that she was one of the boomboom mattukarans, a nomadic tribe spread across Tamil Nadu.

At the time of the tsunami, the members of the tribe were staying in small tents and thatched roof houses in a compound near the beach. With all their belongings washed away, the community, like others, made their way to relief camps. But since government relief was initially targeted only at fisher families, they were soon thrown out and went back to begging.

This was when Revathi’s group met Murugammal and decided to help her and other children out.

After writing to collector J Radhakrishnan to organise relief for the children and readmit them to the relief centre, they attempted to have the children enrolled in local government schools. The children, however, were bullied by others in the schools and soon returned to the streets.

Revathi and her friends realised then that they needed to do more to help integrate the children into a formal schooling system and so set up the Vanavil Trust.

“Initially we were not sure if we wanted to do a long-term project,” Revathi said. All of them, except Revathi, had fulltime jobs. “We thought this would be a bridge project. I thought the one film I made each year would not change the cinema world, so I decided to stay back, while they went back to their work. Then we realised that even the bridge school was not enough and we decided to make it permanent.”

Boomboom maattukarans are a nomadic group so small that the government does not acknowledge them as a scheduled tribe. In the name, boomboom refers to the sound of their drums and maattu to the bulls that accompany them.

While members of the tribe are spread across Tamil Nadu and Kerala, a relatively large number of them live in three districts, Thiruvaroor, Thanjavur and Nagapattinam. Since many women in the community marry just after puberty, both mothers and children are heavily malnourished. This was exacerbated by the tsunami.

Every year, they go in groups of 20 to two or three places in Kerala where they rent houses. The children and women beg, while the men might work on iron scraps. They travel in fixed cycles. During Diwali, they are in Nagapattinam, at Christmas in Velankanni, and in the Sabarimala season in Kerala.

A school for all 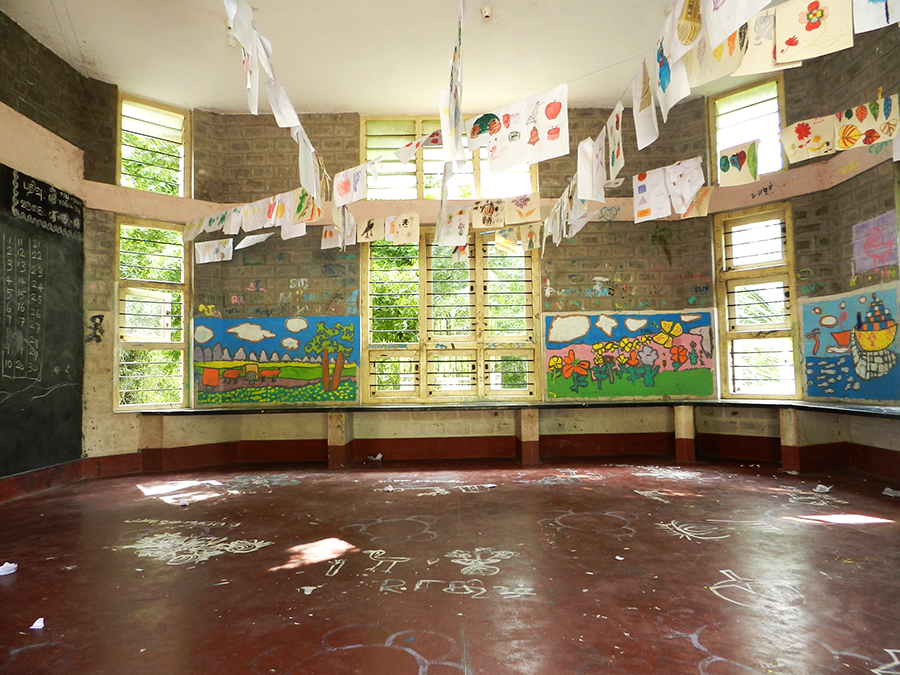 While Vanavil began as a day school, in its current and third location, it is residential. Students attend classes there till Class V. After that, they attend local government schools, but return to the Vanavil compound for meals and sleep.

“We give them nutritious good food to keep them healthy and allow them to focus on education,” said Revathi. “More than the education we gave, it was the food that helped them stay.” This also explains why the school cannot expand as much as it would like as more students would mean more expenses.

Wipro Cares, a trust promoted by IT major Wipro, approached the school and offered to build a complex outside Sikkal, a few kilometres from Nagapattinam. The school’s administration and children worked closely with the architect to design a complex of buildings that relied on the style of vernacular architecture pioneered by Laurie Baker, a British-born architect based in India for much of his professional life.

The classrooms are bright, open, airy spaces, with walls and floors painted by teachers and students. The children also had a say in the design of the school and one of these elements is a much-used slide along the staircase in the hostel building.

“We had many consultations with our children to see what they wanted and what they liked,” said Revathi. “We decided to have an open structure with no doors. You can see pretty much everything incorporates what we believe in education.” 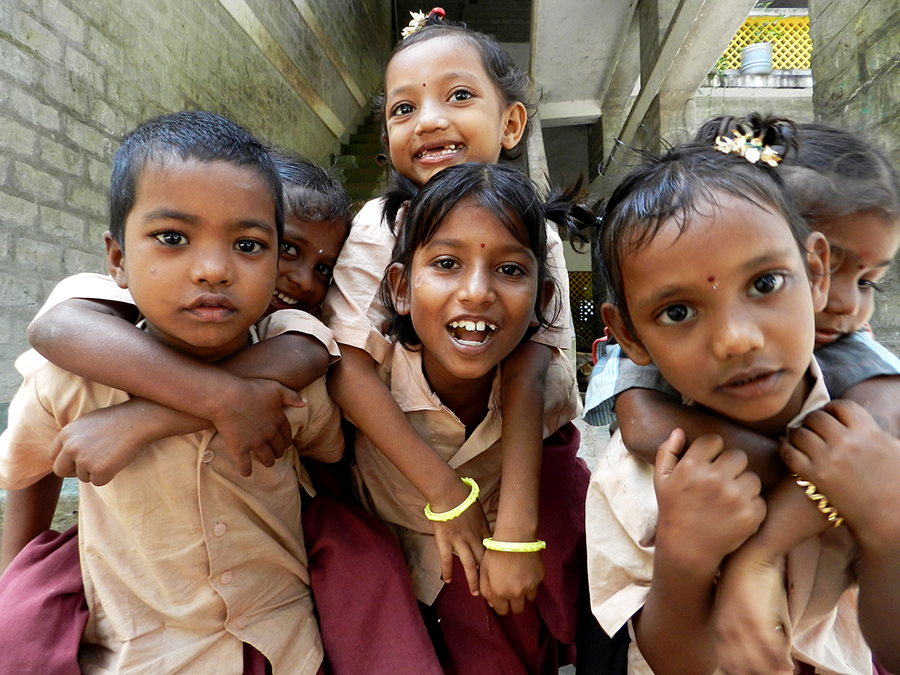 From Vanavil to a government school is a difficult transition for the children to make. Government schools, with their abysmal teacher-student ratios, are harsh places for children not used to their formal structure. Frequent beatings cause several drop outs after the sixth standard.

While Vanavil would like to eventually expand its schooling to tenth grade, they suffer from a lack of funds. Apart from the help from Wipro, the trust makes it a principle to accept donations from individuals and not corporate houses as they want to hand the school back to the community. It has also struggled with the state’s Sarva Shiksha Abhiyaan scheme. It has a memorandum of understanding with the state to run a residential school and training centre for dropout children.

The girls have fared better than the boys, said Revathi, and the younger children find it easier to handle schools than the older ones. One of the older students, for instance, is in the second year of her Bachelor of Arts degree in economics.

“All the girls withstood the pressure,” she said. “Murugammal, Lakshmi, Sudha, they all suffered a lot and felt humiliated at school.”

Murugammal failed in the ninth standard. Two other girls also failed that year and dropped out of school. Murugammal however persevered, repeated the year and then passed. She is now training to be a teacher.

“We met her when she was eight or nine and had no education at all,” Revathi said. “But she stuck to it and has worked very hard ever since. She is a survivor and she will go out into the world.”