Contribute Now
Ad
Perhaps it's an insecure mentality that craves approval of any kind, even from people and institutions long past their sell-by date. Perhaps it’s a glamour obsession, which means that no event is deemed complete unless it is blessed by a movie star, irrespective of wattage.

Whatever the reason, Salman Khan’s photo-op with Mahinda Rajapaksha during the Sri Lankan President's re-election campaign must count as one of the most bizarre celebrity endorsements ever after American basketball star Dennis Rodman spent quality time in North Korea with dictator Kim Jong-un.

Khan was in Sri Lanka a few days ago along with his Kick co-star Jacqueline Fernandez, whose grandparents are from the island nation, supposedly to support a local charity. But look whose cause he ended up boosting.

Could Khan’s support for Rajapaksha have something to do with tensions between Buddhists and Muslims in Sri Lanka? Bollywood has only a scanty base in Sri Lanka. Or could it be one of those bizarre, only-in-the-subcontinent moments?

Usually, it’s foreigners of repute who come to India to approve of our strange ways. Such as Argentinean soccer legend Diego Maradona, who visited Kannur in Kerala in 2012 to inaugurate Boby Chemmanur International Jewellers’ new showroom.

Less peculiar, and easier to explain, was Arnold Schwarzenegger’s visit to Tamil Nadu in September. The Terminator star flew into Chennai last September to lend his weight to director Shankar’s upcoming movie ‘I’. Schwarzenegger also paid a visit to Tamil Nadu Chief Minister J Jayalalithaa. She was sentenced to jail in a disproportionate assets case a few weeks later.

American actor Kevin Spacey shook his hips to the ‘Lungi Dance’ song from Chennai Express at the International Indian Film Academy awards in April in Florida in April. Spacey’s reaction to the event in particular and Bollywood on the whole? “Well, it's about f*****g time."

Some Westerns have actually made strange appearances in Hindi movies. Philosopher Bertrand Russell, who was 95 at the time, appears as himself in the 1967 movie Aman. Here is Russell advising Rajendra Kumar on helping the victims of the WWII atomic bombings in Japan.

Russell was well-meaning, but British actor Rex Harrison was merely picking up a pay cheque in Krishna Shah’s Shalimar. See Harrison here sweating and suffering as “Sir John” in the convoluted diamond heist thriller from 1978.

More recently, Sylvester Stallone, Brandon Routh, Denise Richards and Holly Valance played themselves in 2009's Kambahkkht Ishq. The Sajid Nadiadwala production is an early example of Make in India, Get American Approval. Richards plays the lucky woman to whom Akshay Kumar’s internationally renowned stuntman proposes, only to come to his senses and return to his pure Indian girlfriend (Kareena Kapoor). Not even Hollywood could have come up with such a publicity masterstroke. 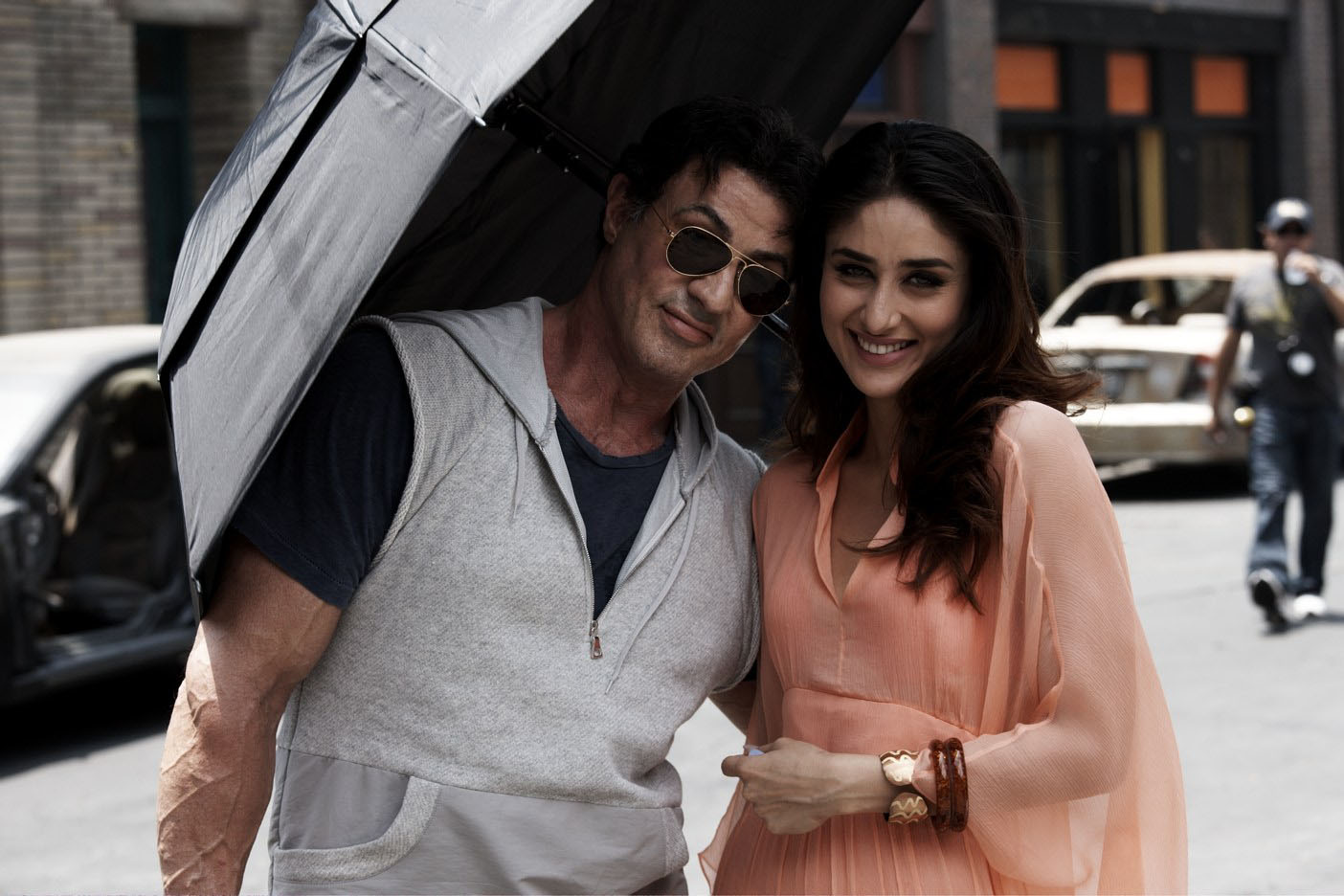