Another case of sexual assault against a child was reported in Bengaluru on Wednesday triggering a minor riot. A physical education teacher of a school in west Bengaluru was accused of molesting a seven-year-old girl. A mob who heard the girl’s parents level charges against the teacher beat him up and then proceeded to torch school vehicles parked nearby. Police felt compelled to resort to caning the attacker, using tear gas and lathi charging the crowd.

The incident was an unpleasant reminder of the many instances of child sexual abuse that have been reported Bengaluru in the last six months alone. Since the rape of a six-year-old in a Marathahalli school in July, many more similar cases of teachers harassing students in have made it to the headlines. A slew of child protection measures announced by the police and the state department of education, like having CCTV cameras installed in every nook and corner of a school, seem to have had little impact yet.

Dear Bangalore @WeAreBangalore you always labelled Delhi as rape capital. Now how about calling you city of child molesters

And why such cases of child molestation and rape so frequent in Bangalore schools ? What is the state government doing ?

Just as Delhi rape of December 16, 2012, jolted India on the issue of women’s safety, the Marathahalli school rape case in July 2014 was a turning point in Bengaluru’s conscience. Since then the city has sat up and taken notice of every reported case of sexual assault against a minor. At least ten such cases have made been reported in the media. At least 289 cases have been registered under the Protection Of Children against Sexual Offences act in the last two years but the rate of trial and conviction in these cases has been abysmal.

The number of rapes of minors reported in Bengaluru jumped from one in 2008, none in 2009 and 2010 to double digits in 2011, 2012 and 2013, according to the National Crime Records Bureau. The jury is out on whether the rate of crime, particularly against children, is rising as a result of the city’s rapid expansion or whether more people are reporting rape and seeking justice than before.

But going by the NCRB data, Bengaluru doesn’t really stand out in it rate of crimes against children and reports of child sexual abuse should be making similar headlines in at least nine other major cities in the country. Despite being smaller cities with fewer people Pune, Indore, Bhopal and Ludhiana reported more child rapes in 2013, the last year for which the bureau has compiled data. 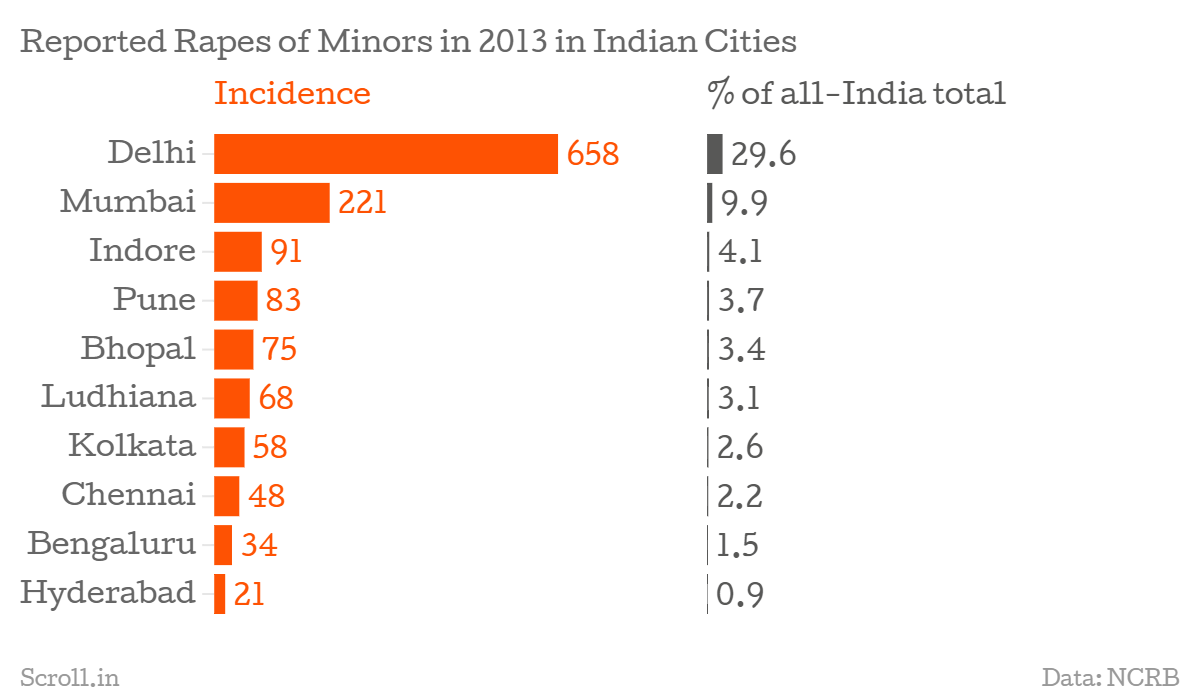 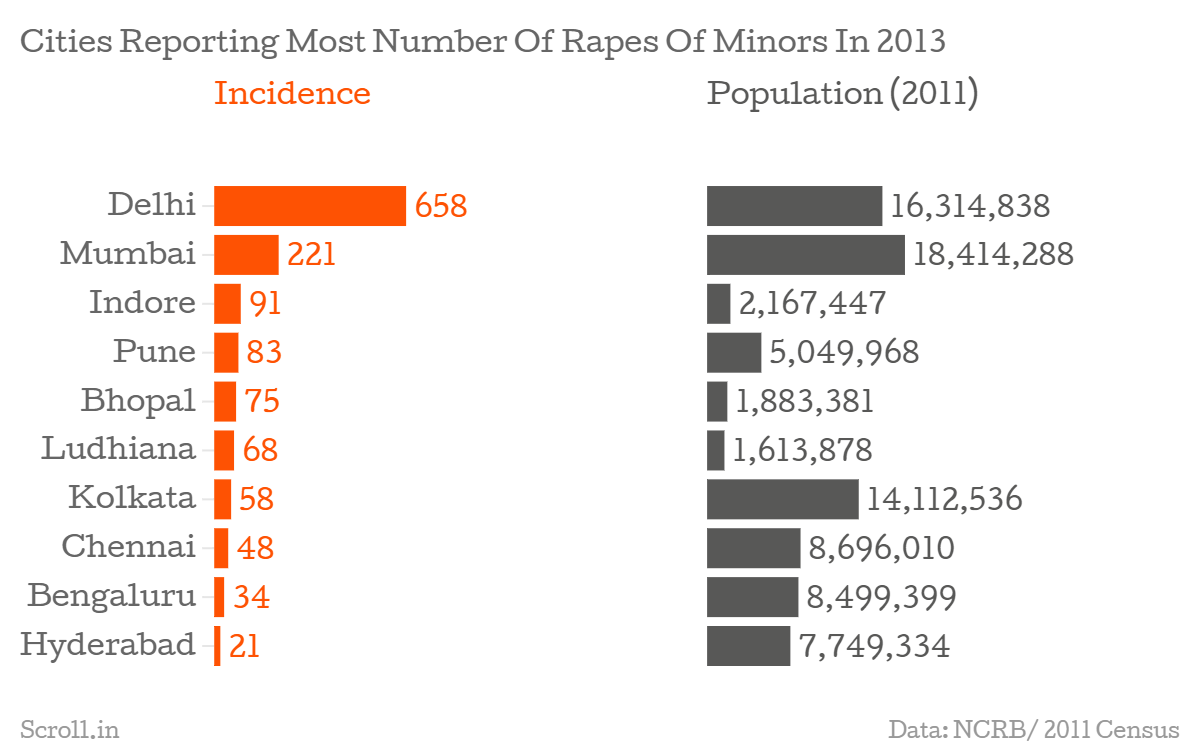