Contribute Now
Ad
America seems to have a funny effect on the Indian media. And, in this case, funny means the media goes bonkers in an effort to cover every single angle of every single minute with every single detail. To the the gatekeepers who decide what should and shouldn’t be covered, there is no such thing as too much America.

The gold standard for this was set when prime minister Narendra Modi visited Washington and New York last September. Back then we got anchors cycling down lanes, reporters asking costumed superheroes in Times Square about foreign relations and Arnab Goswami holding a special, mega, explosive, bellicose edition of the Newshour in America where he suddenly turned quiet (perhaps because of noise pollution laws in the US).

US president Barack Obama’s return visit promised plenty of the same joys. As if there isn’t enough pomp and circumstance surrounding the visit of an American president, Obama was also coming as chief guest of the Republic Day celebrations. Add to that Modi’s general penchant for showmanship, and India’s TV channels knew that had a new opportunity to grab ratings by over-covering the Modi-Obama show.

A nation divided by language, religion & money, united by the singular task of coming up with puns for Obama's visit. pic.twitter.com/QREML4HiGc

You know about Brangelina. But here in India, we have Mobama, the budding friendship of Obama and Modi pic.twitter.com/P4rIR4PyKI 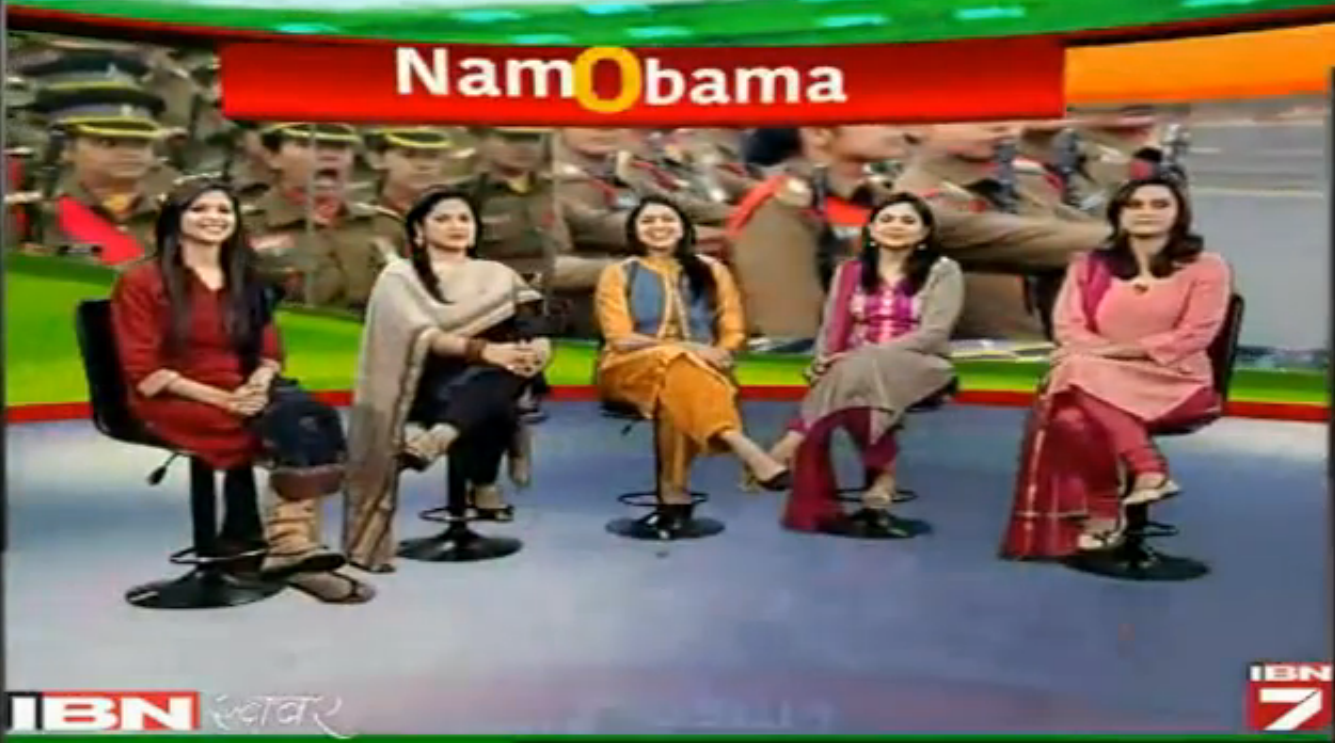 Our TV channels, no stranger to adding music to everything, decided to do both. Here, Aaj Tak decided to adapt a popular Hindi with some added lyrics that were a tad more topical. "Amrika se aaya mera dost, dost ko salaam karo. Rajpath se jao zara, swagath ka intizam karo."

Everything possible was covered in the run-up to Obama's arrival. Literally everything. There were discussions of the monkeys around town and whether the US president would get acid reflux. Some news outlets took a deep-dive into Obama's dietary preferences.

This prompted others to reminisce about Indian media coverage of presidents back in the day.

@RegaJha During Clinton's visit, TOI had one paragraph in a gushing article about how the Taj in Mumbai will handle his waste. — oculus (@daddy_san) January 25, 2015

Once Obama arrived, the race was on to get the most banal news flashes and headlines possible (prompting more than a little bit of mockery).

at 5:45pm president obama will make his way to nehru place to buy blackberry charger with indian plug — . (@i_r_squared) January 25, 2015

Indian TV anchors seem perplexed by the Obama-Modi hug. "That could perhaps be described as a hug," one says as the moment replays again.

TimesNow surprisingly didn't have a ridiculous hashtag to go with the visit. Because noted cartoonist RK Laxman, a long-time employee of the Times group also died on the day of the Republic Day celebrations, the channel didn't get a chance to go overboard with its Newshour coverage either. That said, its Obama coverage happened to be sponsored by both Amity University and Shine.com. As it happened, Amity University also sponsored the Obama coverage on NDTV as well. 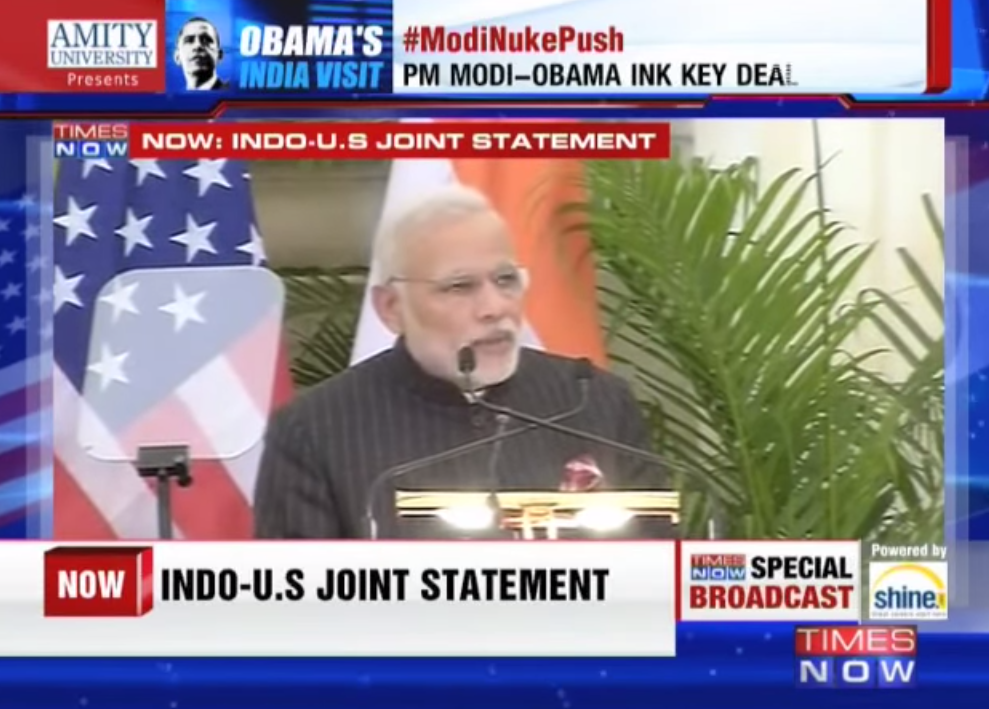 DailyO brought in some suggestions for songs Modi should sing to Obama.

And Telugu channel TV5 decided to figure whether Obama or Modi's car was better.

All of this was a lot of hard work for some people, who couldn't quite stay awake amid all the Obama discussions.

And India Today's So Sorry team decided to put a pin on the whole business with one of its patented cartoons that almost seemed to make fun of its own group channel, Aaj Tak's coverage of the events.

Being woke is profitable: How ‘Teen Vogue’ made waves this year