Contribute Now
Ad
From where she lives with her four sons, Nirupa Bai can stare down the abyss of the mammoth Kusmunda coal mine which sprawls over 10 square kilometres in Korba district of Chhattisgarh. Not only does she breathe in the soot, but also drinks water that has traces of the mineral.

In 1993, when Nirupa was 24, her father was given Rs 50,000 by South Eastern Coalfields Limited, the government company that runs the Kusmunda mine. SECL acquired the family’s land and did not ask them to move. Twenty years ago, the Kusmunda mine was not even visible from Nirupa’s house in Barkuta village. She married a man in the neighbouring village and moved away.

A year ago, she returned to her father’s house after she separated from her husband and found that their tiny abode is under threat. The mine has now reached their backyard, and neighbours have vacated their pieces of land.

But Nirupa’s family is holding out, in the hope for a better deal from the company. The compensation they got two decades ago has run out. The company has failed to give permanent employment to a member of the family. As per provisions of the Coal Bearing Areas Acquisition and Development Act, 1957, under which the land was acquired, people are expected to vacate their houses only after getting permanent employment in the company. Nirupa’s family has challenged SECL in the high court.

“I am not sure how we will sustain if the house we live in is taken away from us by force,” she said. "Our lawyers say that the government has the right to do so under the law. They explain to us that coal is extracted for national interest. Tell me, don't our interests matter?” 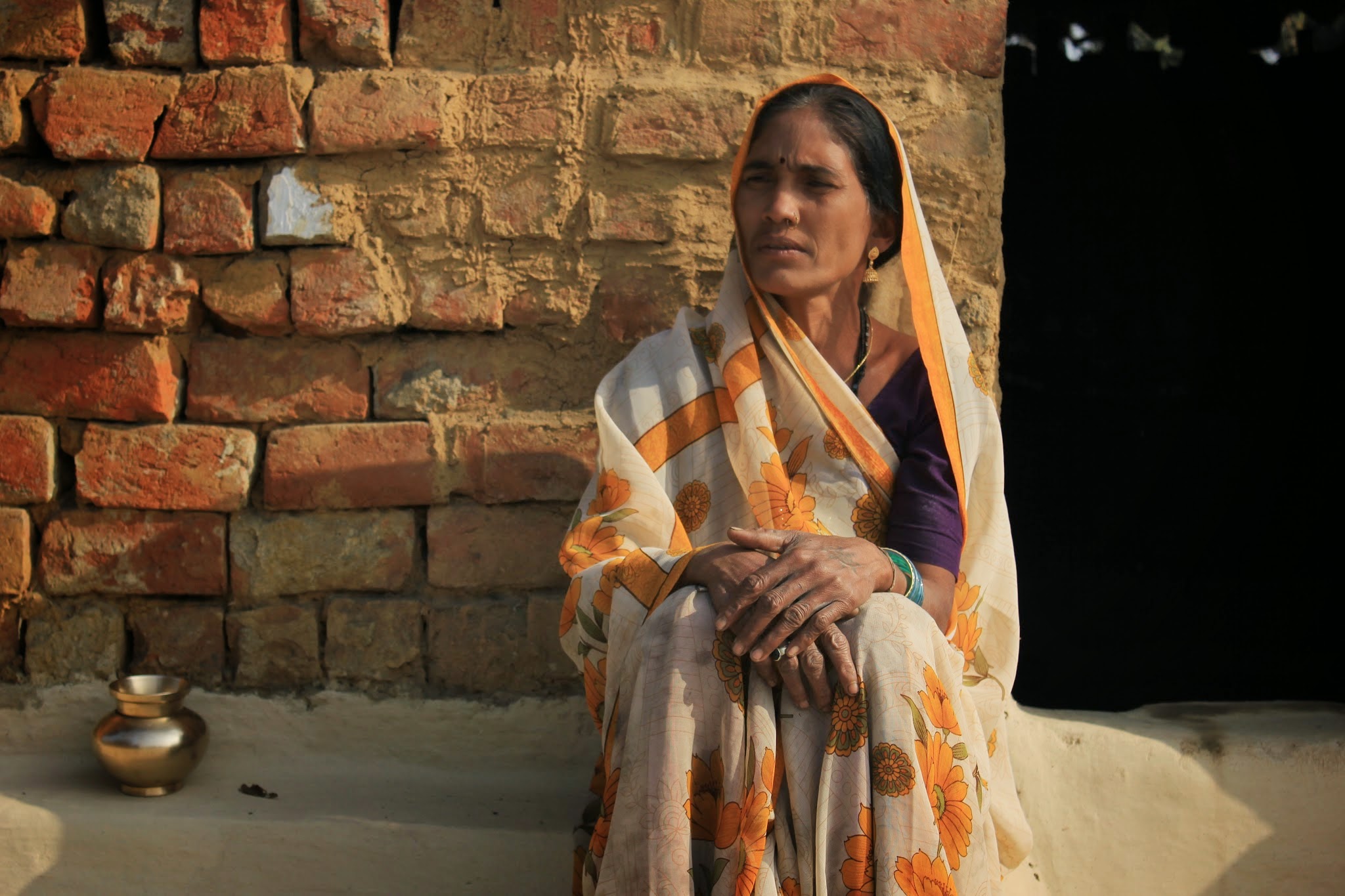 Nirupa Bai, outside her house in Barkuta village

But SECL claims it can no longer provide jobs to the people displaced by its mines. Economic realities have changed. Over two decades, the company’s staff size bloated, which reduced the efficiency and profitability of its mining operations. The troubles in the government coal companies led to the clamour for the privatisation of coal mining.

In the 1990s, the government transferred some coal blocks to private companies, but they were allowed to mine coal only for use in their factories, and not for sale in the market. The transfer of mines further depleted the land available with the government coal companies. As they fell short of meeting production targets, the demand for privatisation of coal mining have only grown louder. The Coal Bill 2014, which is pending in Parliament, has an enabling provision that could open up commercial coal mining to the private sector in the future.

Oddly, despite being locked in battle with SECL over land disputes and rising pollution, people in Korba vehemently oppose the privatisation of coal mining. “When we point out the problems of the government organisations, it does not mean we are asking for privatisation,” said Lakshmi Chauhan, a mining activist.

Many people blame the private sector for the lack of jobs in the government owned coal mines. Few outside the coal mining areas know the extent of work that the government companies have outsourced to private players. “Apart from sensitive jobs like blasting on the mine sites, which requires the use of explosives, almost everything else is outsourced to smaller private companies,” said Gopal Narayan Singh, a senior mechanic at SECL, who is also the president of the trade union.

For instance, in Asia’s largest opencast coal mines in Gevra, owned by SECL, the trucks that transport coal, those that clear the overburden and coal washing are all run by smaller private companies.

This has reduced the capacity of SECL to provide jobs for the displaced villagers. In the mid-80s, when coal mining was not as mechanised, Coal India had a policy of providing one job per displaced farmer. “They needed our hands then,” said Krishna Kumar. “Today, large machines do most of the work, and they need us lesser and lesser.” 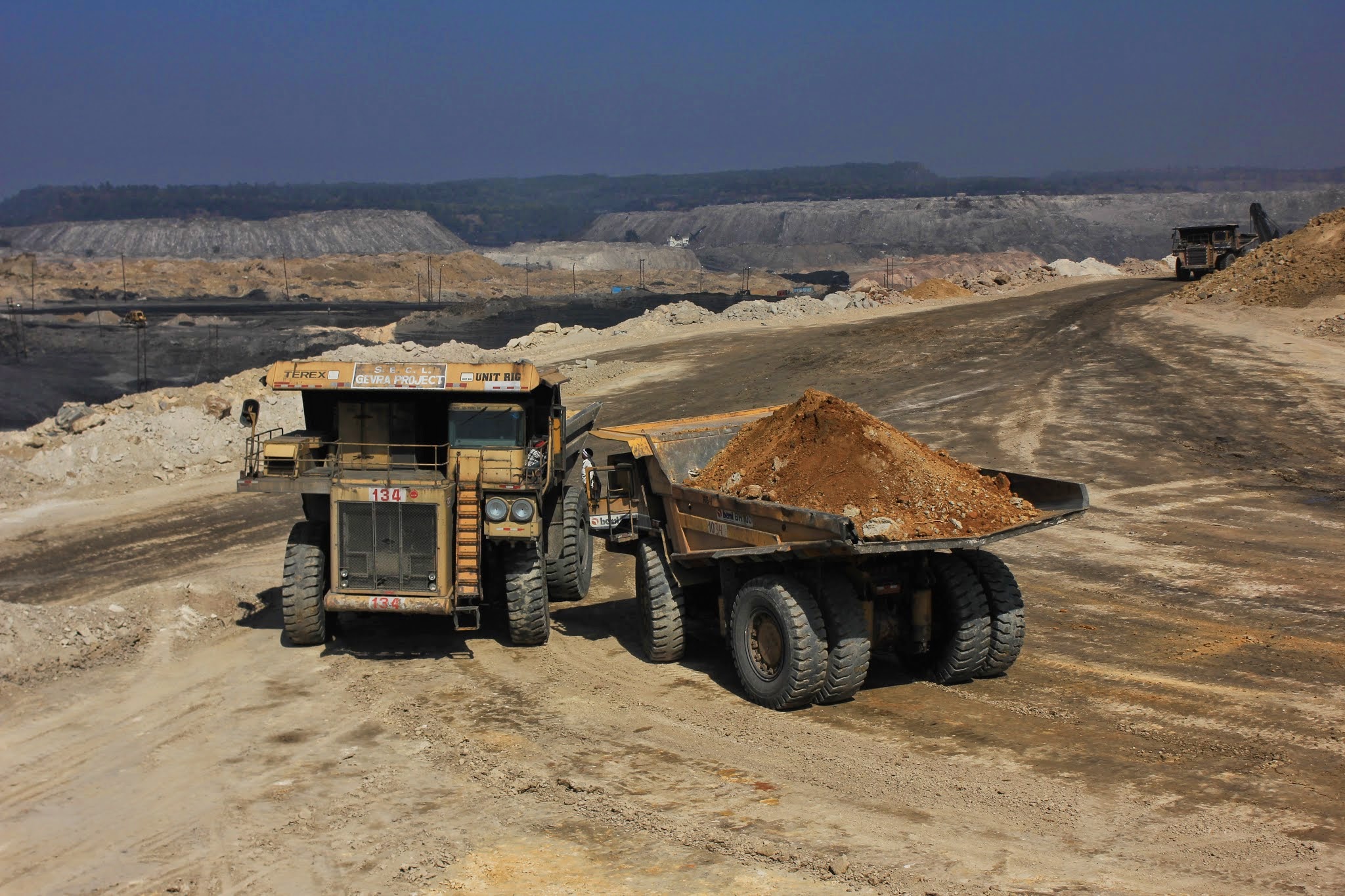 Mechanisation has reduced the jobs available in coal mines

Trade union leaders claim the private companies in the mining belt have already tilted the scales against workers. Instead of permanent jobs, workers are hired on short contracts. They are paid lower wages, and they are not allowed to unionise. “We have the tools of forming a trade union and voting in the elections against the state-owned company, but if we allow private firms to take over, we will have no leverage over them at all,” said Singh.

Activists believe that by allowing private players to enter the market to extract coal for profit, as the latest Coal Bill does, the profit-making public sector company Coal India Limited will be pressured to conform to market economics. “This is unfair,” said Chauhan. “The private players do not play by the rules – they pay their employees less, do not ensure safety of their workers and therefore have a leverage to sell coal at a lower rate. This will push CIL out of the market.”

In early September 2014, the government approved the sale of 10% stake in Coal India Limited and some other government-run energy companies. According to the government, the decision to sell off stakes in major public sector enterprises is a way of meeting its fiscal deficit target of 4.1% by March 31.

Trade unions are also opposed to any dilution in the government’s stake in Coal India Limited. In January 2015, they went on a three-day strike against the disinvestment of CIL. Union Finance Minister Arun Jaitley gave them assurances that the government did not plan to sell off parts of the company.

Anil Swaroop, the coal secretary, maintains that private sector participation in coal mining will be limited. “We do not want to divest CIL,” he said. "We are just keeping in line with the SEBI guidelines on how much stake a public limited company should put out."

Swaroop says that the priority of the government is to reduce the import of coal. “The people of this country have three options in front of them,” he said, “either CIL mines, private Indian companies mine or we import.” He says even though the best option is for CIL to mine, it is better to let Indian private companies mine where it is not possible for the government to step in instead of importing the mineral.

In order to avoid imports, Swaroop says, the total coal production needed in this country is 1.5 billion tonnes by 2020. One billion out of this would come from CIL, according to the estimates by the Ministry of Coal, and the balance 500 from non-CIL mines. India currently imports about 180 million tonnes of coal. “If we manage to mine 1.5 billion, we would not need to import any coal,” he added. 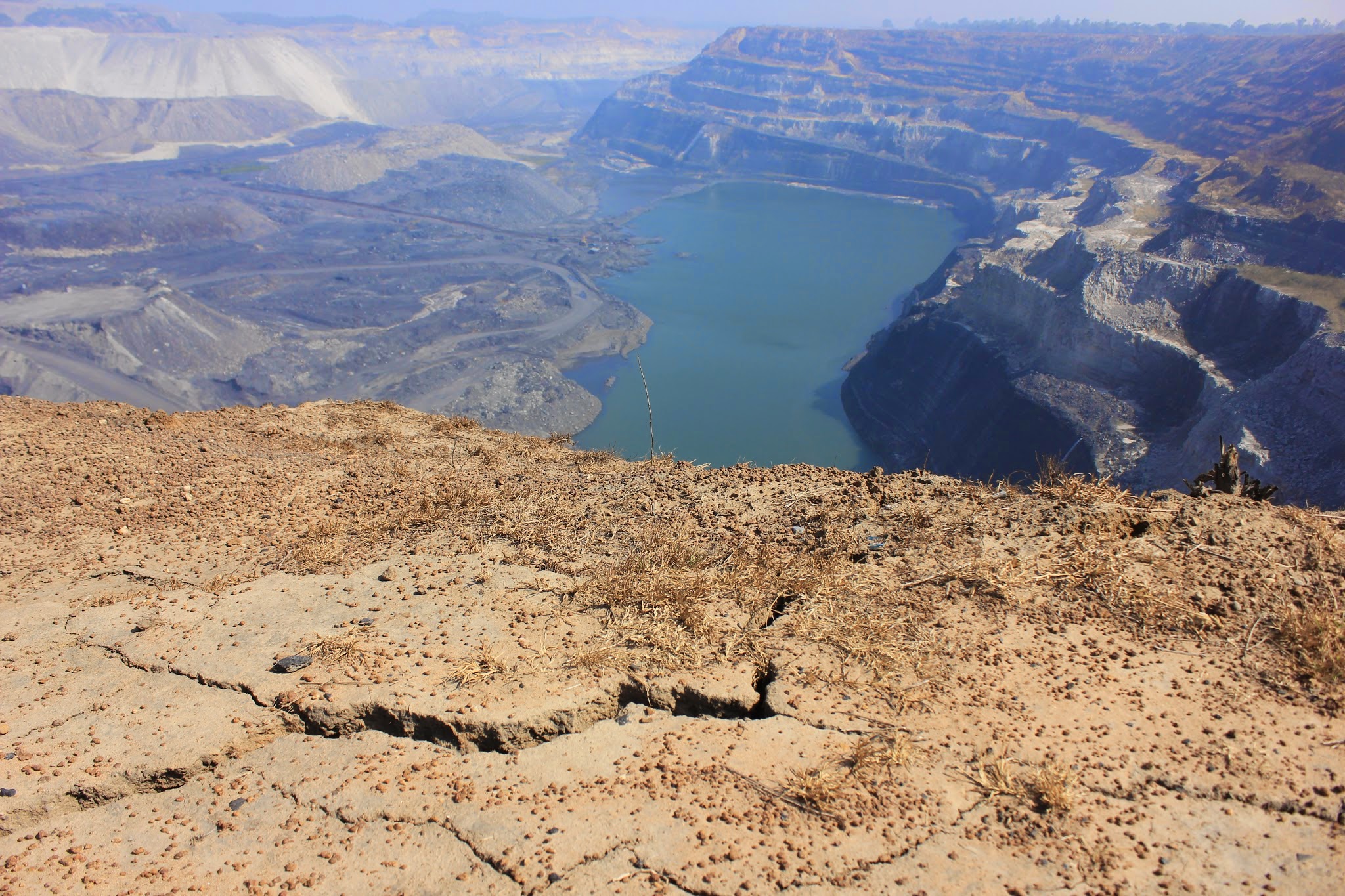 But those who stand to lose their land to mining fear that the private sector would edge them out of their lands even more unceremoniously. The compensation would be less than that offered by government companies. The government acquires land under the Coal Bearing Act of 1957. The private companies will acquire lands under the Land Acquisition Act, which has been amended in 2014 through an ordinance. This ordinance excludes the need for any social impact assessment on the areas to be mined.

“If there is no one to assess what impact a mine in the neighbourhood can have, on what basis do you compensate the evacuees?” asked Sudha Bharadwaj, a lawyer and activist. “Therefore, they will no longer acquire lands from the poor farmers, they would just buy them off with no responsibility taken after that.”

In the neighbouring district of Raigarh, where there are large reserves of coal, nearly a dozen coal mines had been allotted to private companies. But those companies will have to give up the mines on March 31 abiding by the 2014 Supreme Court order which cancelled all mine allocations made since 1993, holding them illegal and arbitrary.

In Raigarh, many people said they wanted government companies to bag the mines in the auction that is taking place in Delhi. “People here say they will distribute sweets jubilantly if SECL comes in, instead of any of the private guys,” said Rinchin, an activist who works extensively with the villagers of Kosampalli.

Beyond their narrow concerns over compensation and jobs, people also invoke larger principles of the ownership and control of a country’s natural resources. Prem Jasiwal, 35, has 15 acres of thick mango groves that uncomfortably embrace Gevra mines. “It is just a matter of time,” he said. “But if I have to give up the land of my ancestors, I would rather give it for the nation than place it in the hands of private companies.” 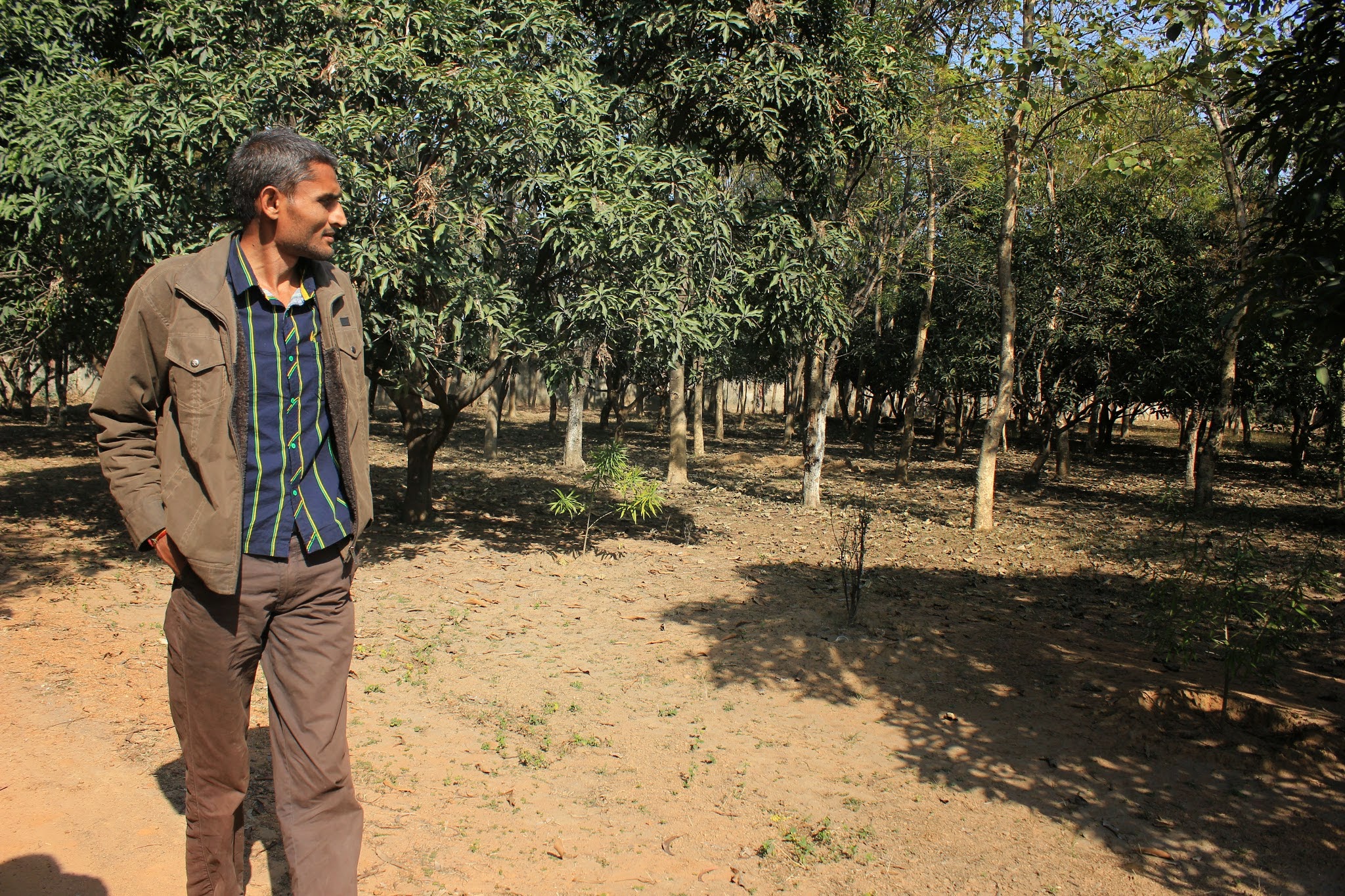