Contribute Now
Ad
Back in 1983 when India won the cricket World Cup for the first time, the teams wore white kits and the innings lasted 60 overs, not the 50 we are used to now.

But the change in the One-Day Internationals began with Kerry Packer's World Series Cricket – November 28, 1978, to be precise, when a WSC West Indies XI took on WSC Australia XI for the first ever day-night match.

That is when the teams also ditched the white kits for coloured ones. It turned out to be a genius move for the organisers. WSC Australians were dressed in wattle gold, while the WSC West Indians came out in coral pink. The match that took place at the Sydney Cricket Ground also used white cricket balls and black sight-screens.

This is what changed the landscape of ODI cricket forever. 50,000 people had crammed themselves inside the stadium to witness history. Before that civilised breaks for lunch and afternoon tea used to be part of the schedule, while the crowd was expected to maintain decorum.

While Australia incorporated these changes in the 80s, it only became the norm in the 90s. ODIs had been increasingly using these new innovations but it was the 1992 World Cup that was the first edition to feature the changes. It was also the first World Cup to feature South Africa, which was allowed to re-join the International Cricket Council after the end of the apartheid era.

It was in December 2000 when all ODI cricket adopted the coloured clothing, while Test cricket continues with the traditional whites.

The Indian ODI jersey has gone through quite an evolution. It started off in the mid-1980s by being light blue with a yellow stripe, without 'India' written anywhere. The 1992 World Cup was the first time when 'India' made an appearance on  it and the shade of blue got much darker. The jersey went through different shades of blue, yellow, Indian flag colours, among others. A mystery about Indian jersey colours has, however, still not been solved: during 1996, the jersey was light blue, but there were stripes in the colours of the German flag just under 'India'.  No one quite knows why.

Here are jerseys of the top 8 teams and some images from the time when teams participated in World Cups wearing white kits. 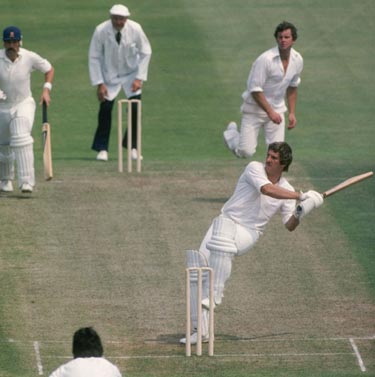 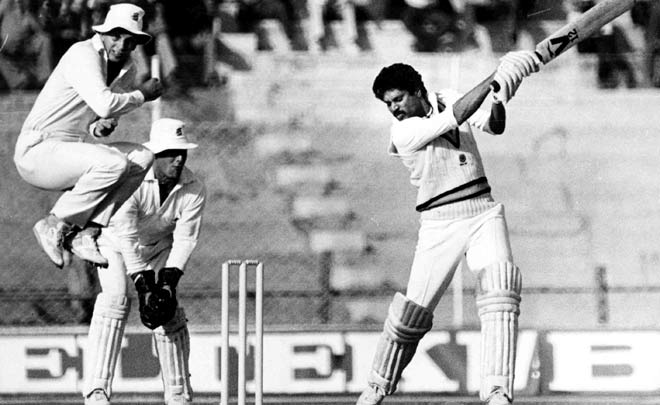 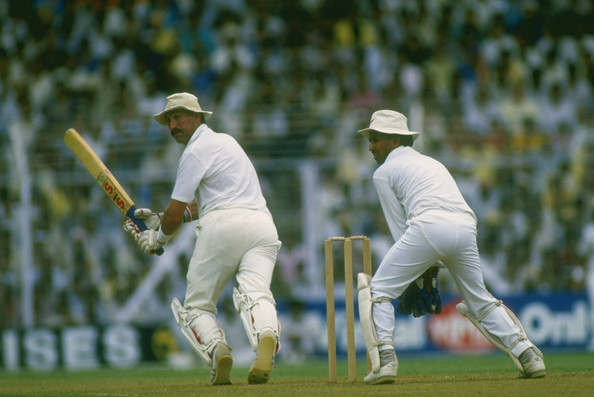 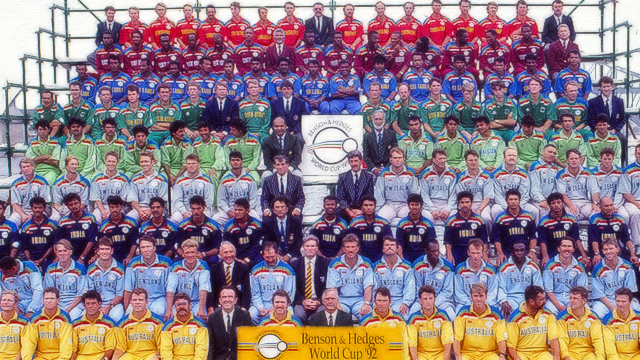 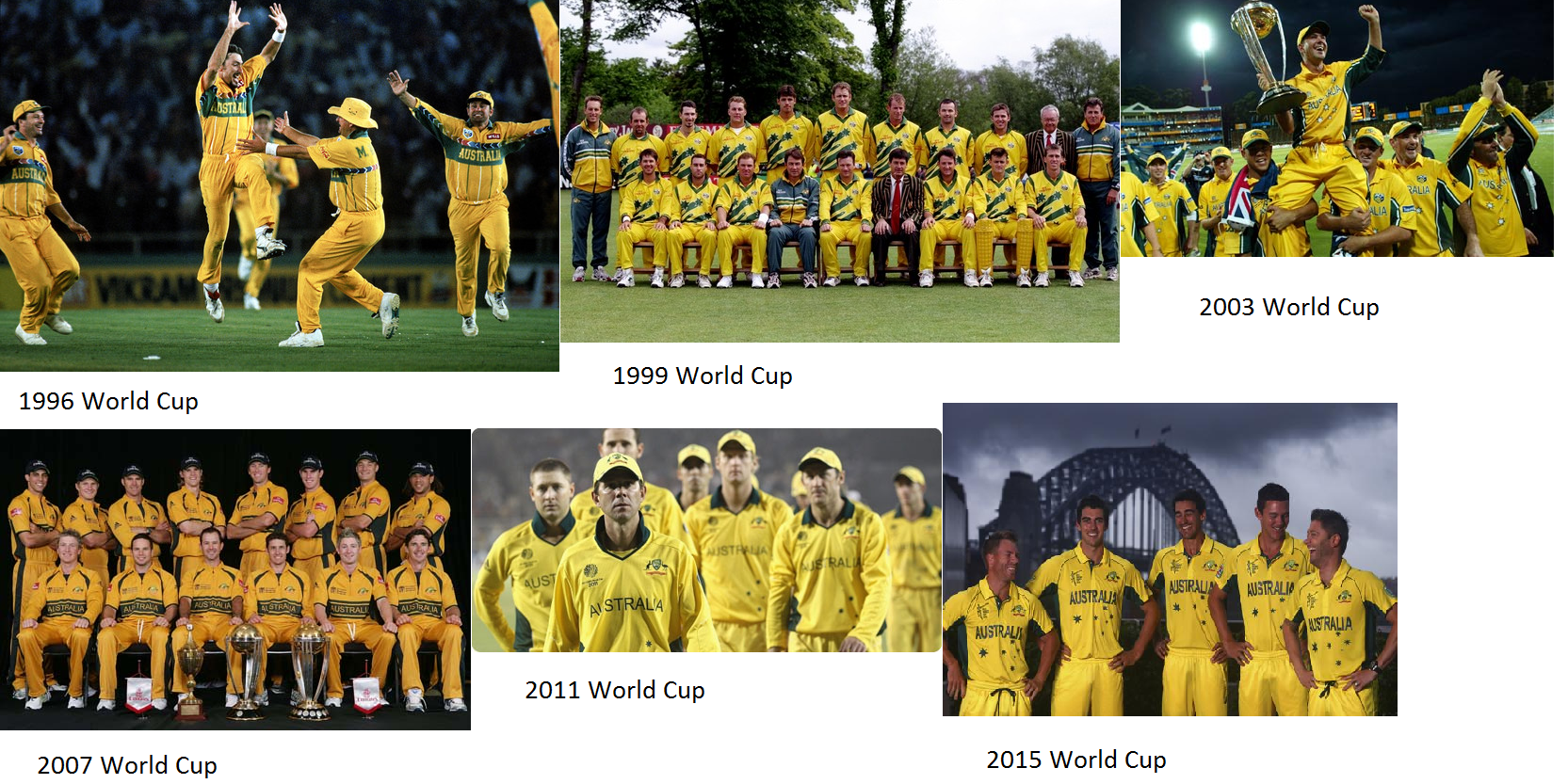 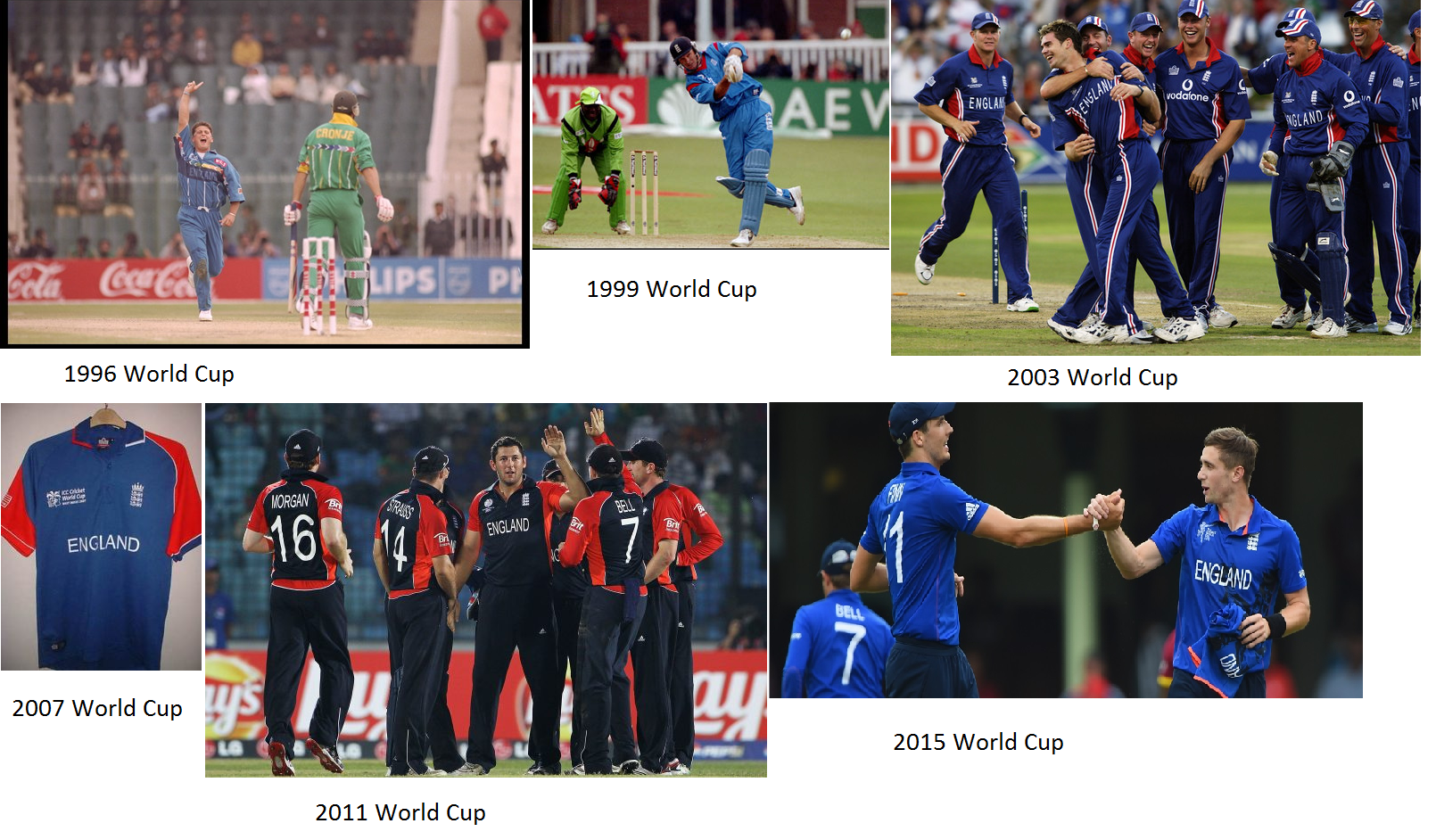 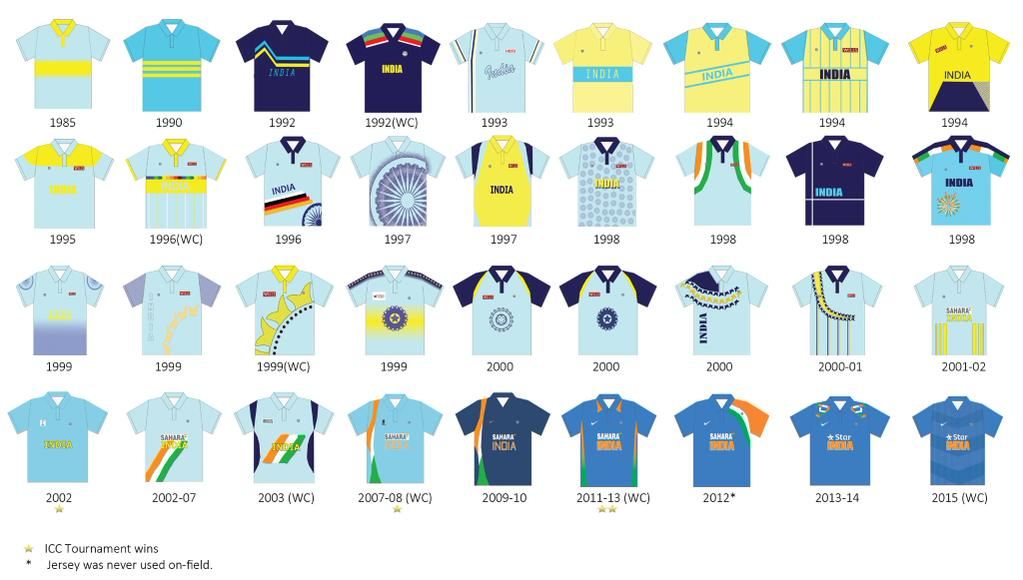 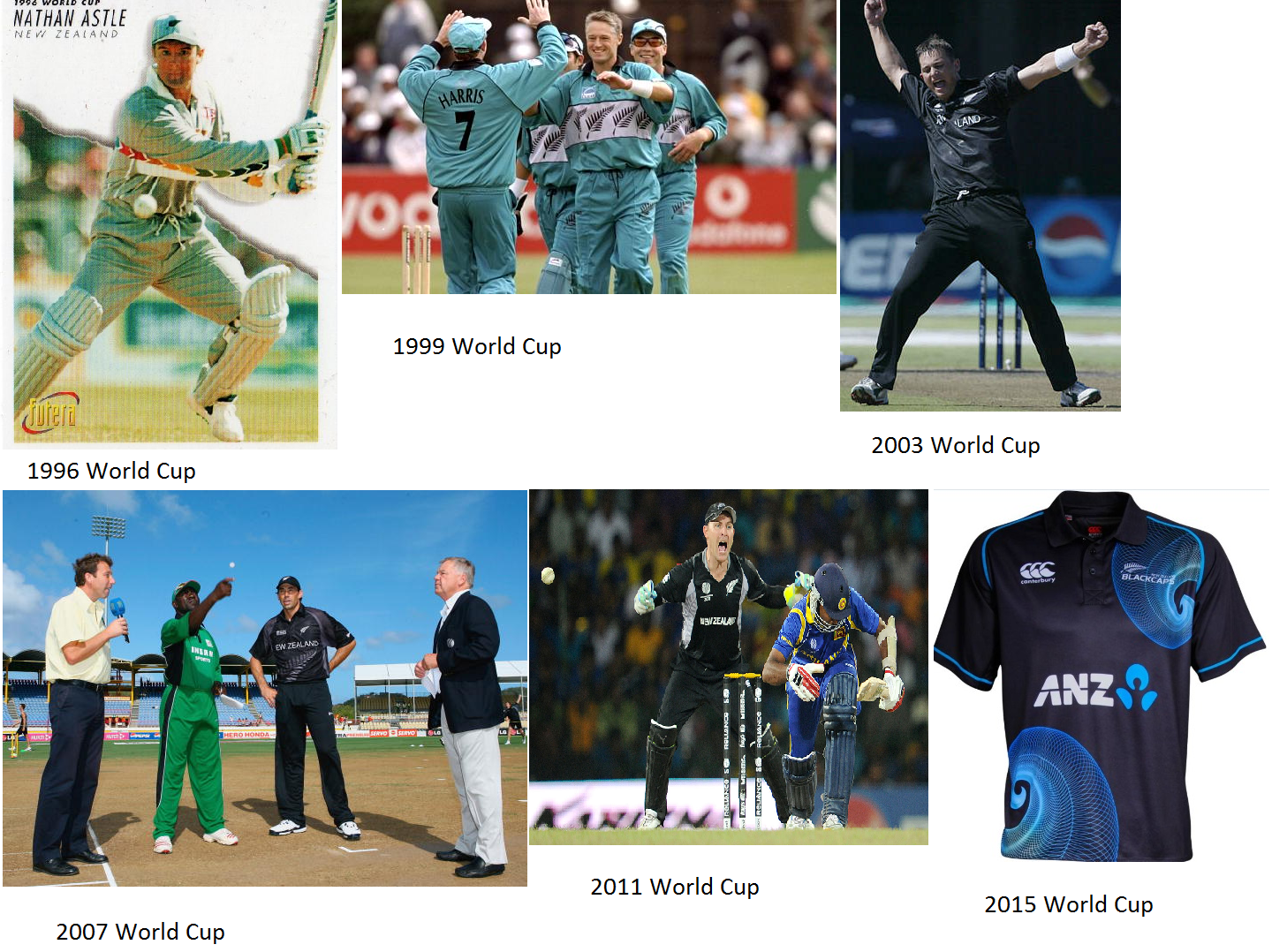 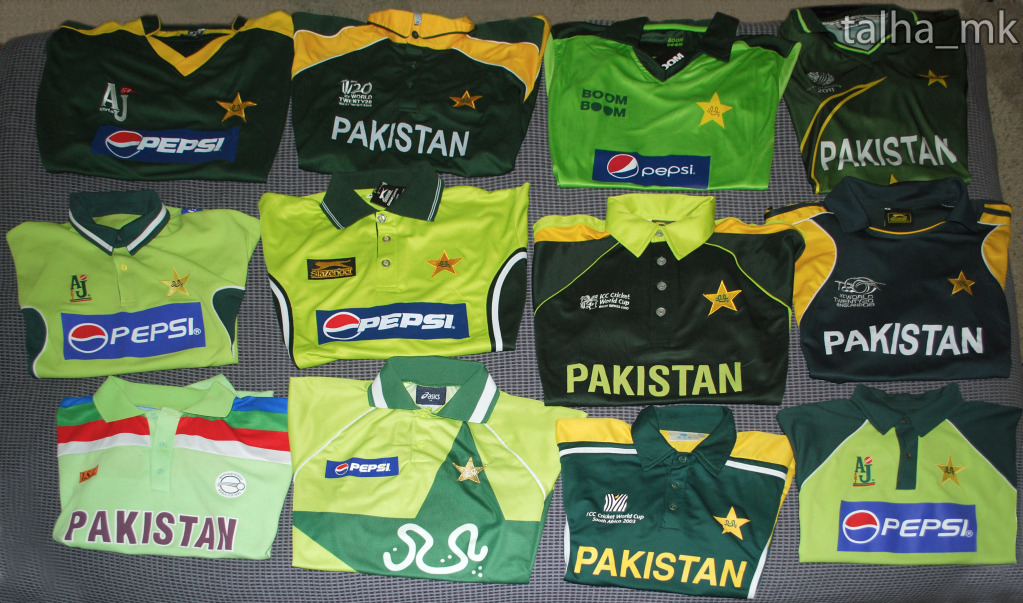 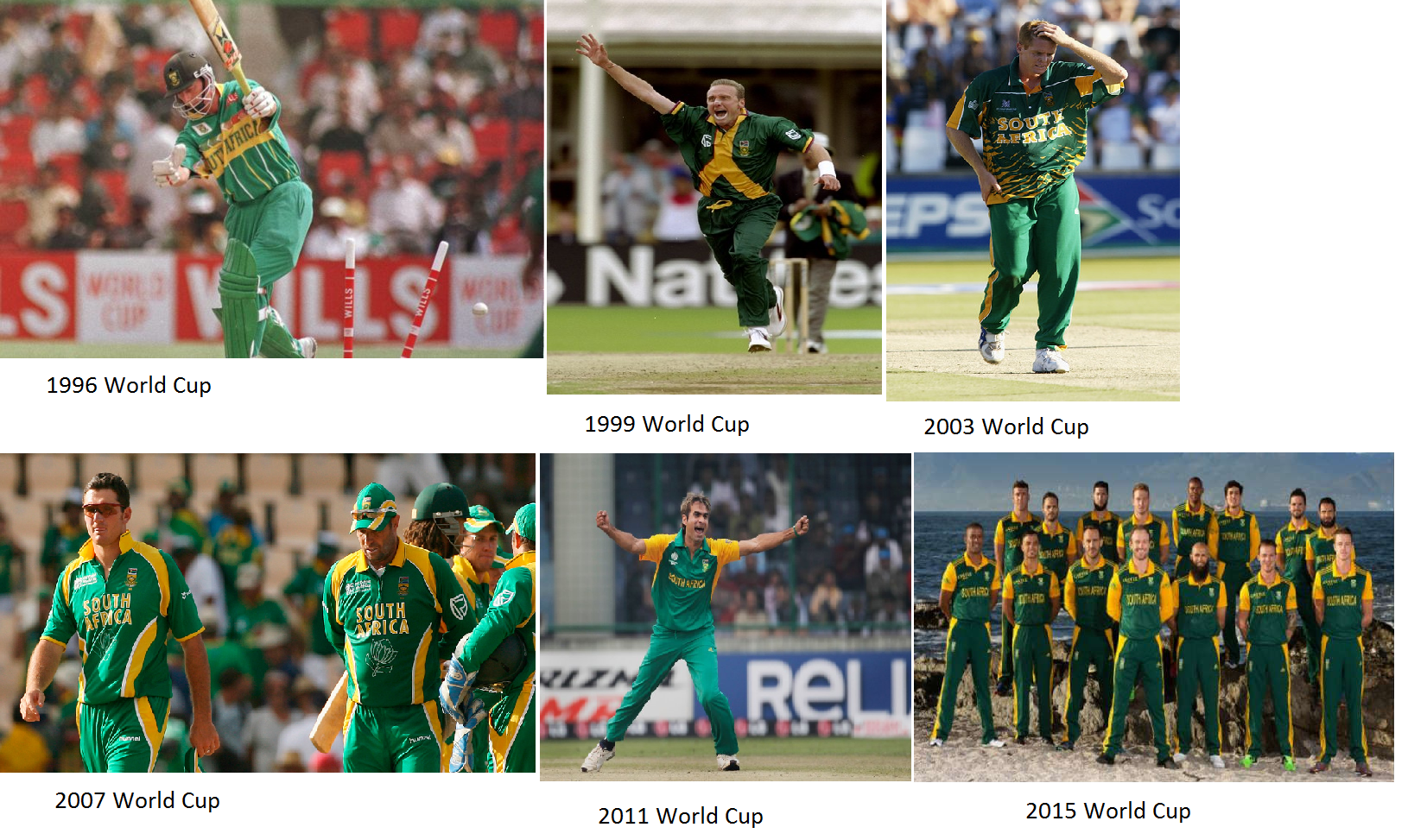 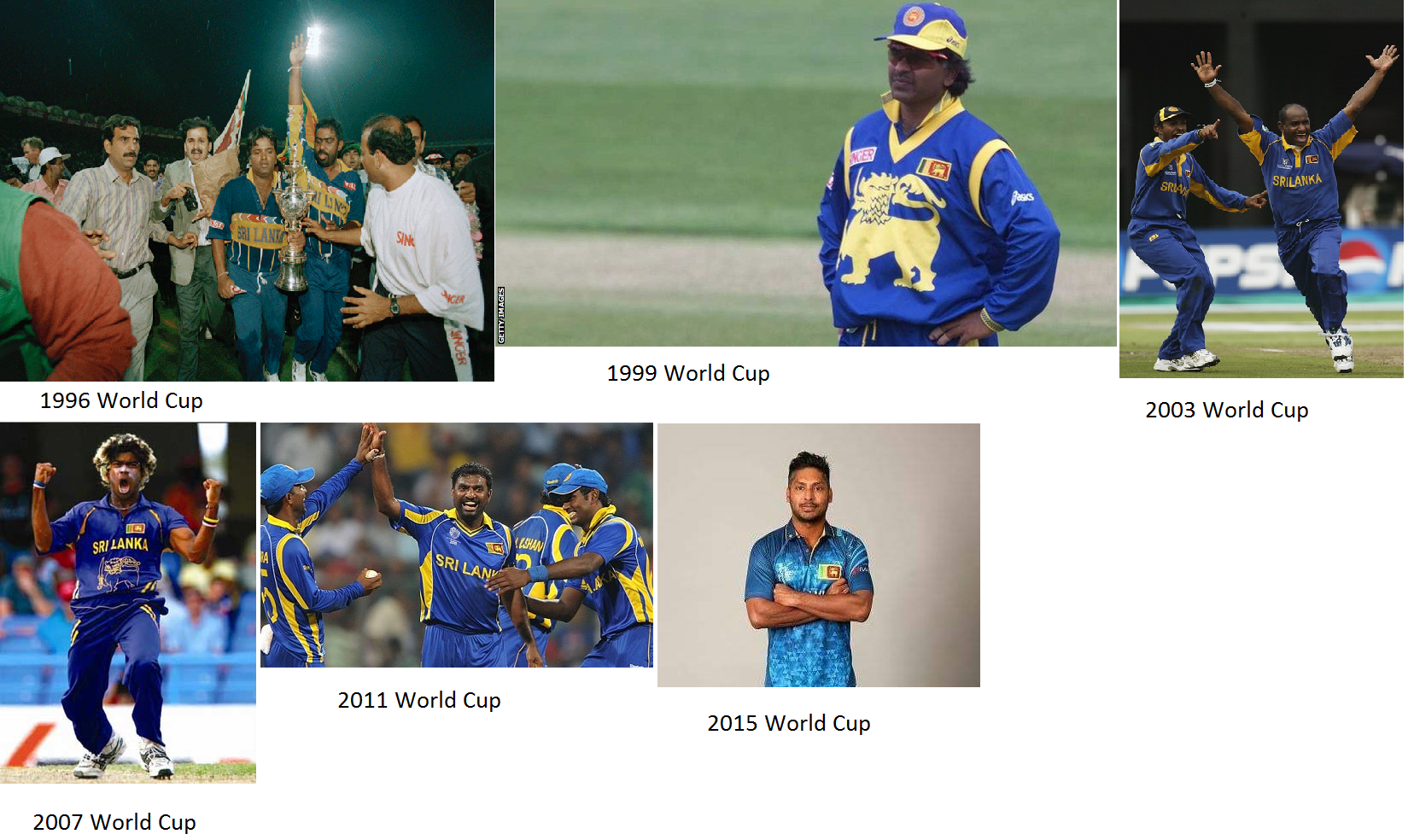 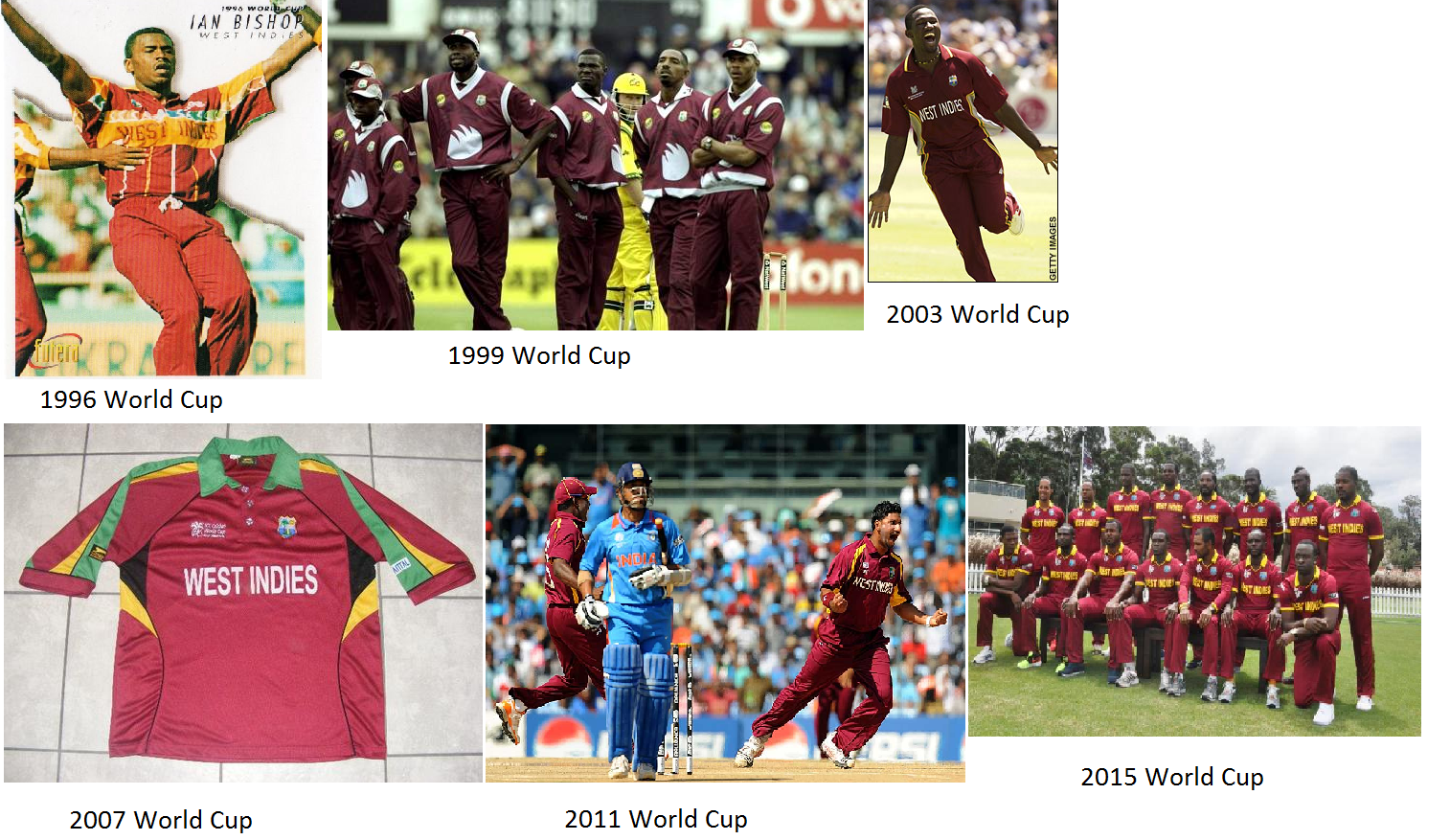