Feb 21, 2015 · 09:00 am
Swati Sengupta
West Bengal’s ruling Trinamool Congress and the Bharatiya Janata Party, which is making unprecedented inroads in the state, are sworn enemies. Yet the Trinamool has been surprisingly quiet about a controversial ceremony in which the Vishwa Hindu Parishad, which is affiliated to the BJP, tried to convert Christian tribals to Hinduism.

In a video clip (at the end of this article) of the ceremony, which took place on January 28 in Birbhum district, a local VHP functionary, Churka Tudu, claims that about a hundred Christians had undergone “shuddhikaran”, or purification, to become Hindus. Local television channels and newspapers covered the ceremony, which is part of a larger contentious campaign of “ghar wapsi”, or reconversion, that the VHP has launched countrywide after the BJP came to power at the Centre in May 2014.

A Trinamool Congress member filed a first information report on the same day against VHP general secretary Jugal Kishore for making a hate speech at the ceremony and against president Praveen Togadia for making one at a nearby venue on the same day.

Two weeks later, on February 12, Mamata Banerjee addressed a public rally at Rampurhat, near the village where the ceremony took place. There, she said her government would not tolerate forced conversions and that those involved would be brought to book. But the police have still made no arrests.

Municipal elections are due in Rampurhat in April and the BJP has more support there than the Trinamool, going by their vote shares in the general election last year.

If the police had arrested the VHP functionaries, it would have sent a clear signal to the group not to play the Hindutva card in the district. That it has not done so suggests that the Trinamool is anxious about lack of support in the region.

Officials down the line are trying to play down the incident. “I don’t know the details. I have heard that some people were forcibly converted, but I cannot confirm it,” was all Anarul Hossain, a local Trinamool Congress leader would say.

“Our officials went to the spot and submitted a report to the state government,” said a senior bureaucrat in the district administration who did not wish to be named. “There has been no conversion.”

The Trinamool chief minister Mamata Banerjee has in the past vociferously condemned the BJP’s Hindutva agenda, but she now has other pressures. Her party swept to power in 2011, dislodging a coalition led by the Communist Part of India-Marxist, which had ruled the state for 34 years in a row. But over the past two years, members of her party have become embroiled in a huge chit fund scam involving the Saradha group of companies.

These are the same two years during which the BJP has been on a roll across the country, and is trying to put down roots in West Bengal as well.

Ethnic and religious tension has been growing in the Rampurhat area over the past year.

Hindus are in a majority in the area in the Rampurhat municipal area but it has a large minority of Muslims, who form about a third of the population, and Christians.

The Rampurhat 1 block, which contains 34 tribal villages, has a population of 90,000 people. Of these, about 50,000 tribals follow the Sarna religion, an indigenous tradition, while about 30,000 are Christians, those whose ancestors began converting in the mid-19th century after missionaries began settling in the area, said Sunil Soren from the non-profit group Birbhum Adivasi Unnayan Gaonta. About 10,000 tribals are Hindus, although Soren explained that their practices overlap with the Sarna tradition.

The Trinamool has been assiduously wooing Muslims in this area, yet is worried about further polarising communities, and votes, on religious grounds, said a party member, who did not wish to be named.

Unlike Odisha, Madhya Pradesh, Chhattisgarh, Gujarat, and Himachal Pradesh, West Bengal does not have an anti-conversion law, but legal action can be taken against forced conversions, although it is often hard to define coercion and even harder to prove it.

VHP leaders said about 3,000 villagers attended the event. But 10 days after the ceremony, when Scroll visited the villages from which the participants came, such as Khormadanga, where the ceremony itself took place, and Boropahari, Khurbona, Narayanpur and Taloan, none of them admitted to attending the programme, suggesting there is fear in the air.

“I was at my in-law’s place,” said one villager. “I had gone to work in the fields,” said another. It was impossible to talk to the tribals without their Hindu neighbours insisting on listening in.

But two families in Loripahari village, which is located in neighbouring Jharkhand state and borders the village where the ceremony took place, admitted that they have been converted to Hinduism. Pani Murmu and Srimati Tudu, said their families had converted to Christianity, the only ones in the villages to do so, and had taken part in the VHP ceremony. 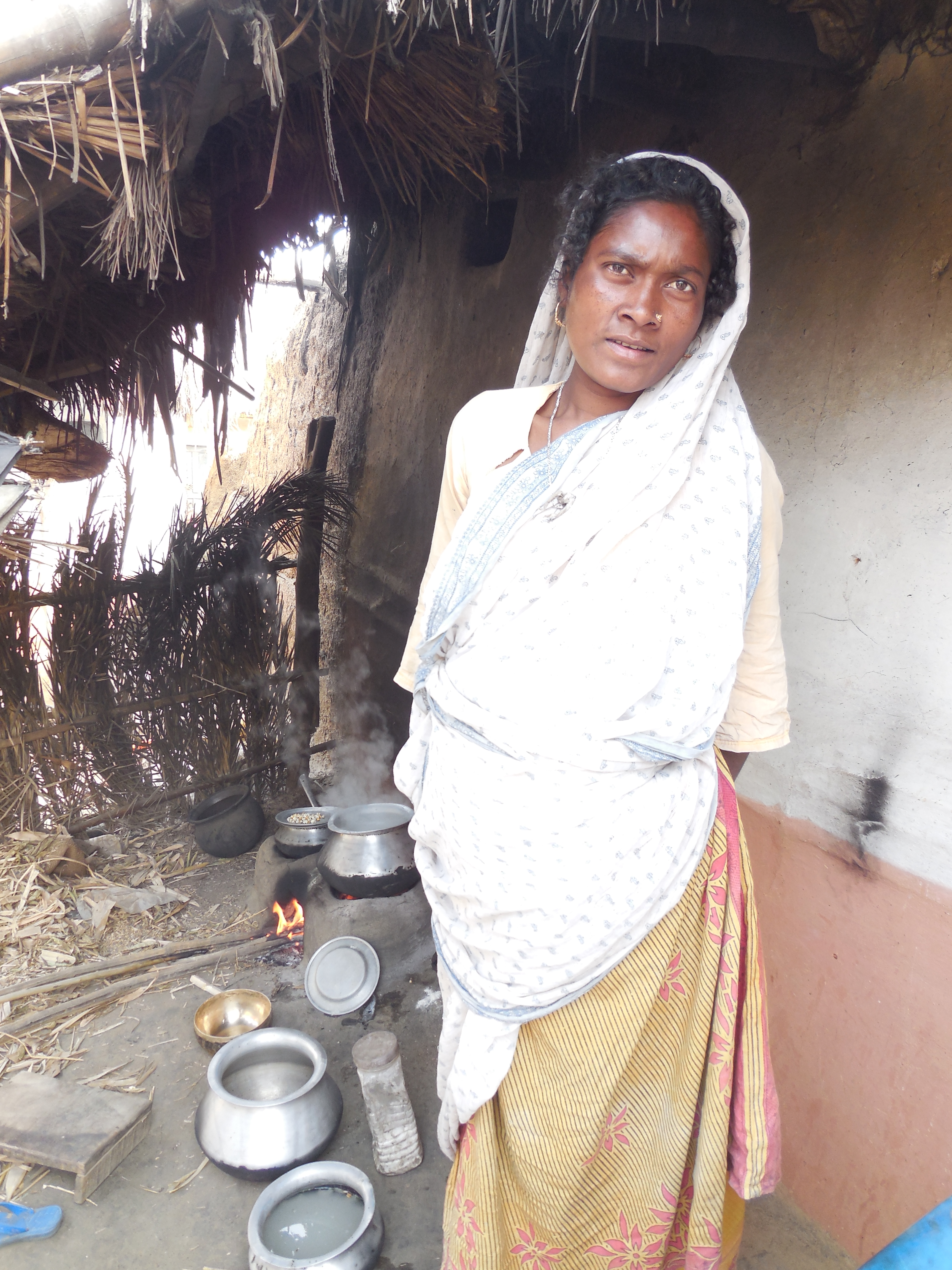 “We were Hindus earlier,” said Pani Murmu as she boiled rice in a pot and stirred a broth made from leaves in another vessel, both set on earthen ovens in the courtyard. “But my family members fell ill. Nothing was going well for us. So we converted to Christianity, in search of peace,” Her toddler stood by munching on maize soaked in a cup of water.

The family is among the poorest of the poor in the village. Pani’s husband, who did not want to reveal his name, is already drunk at 10 in the morning. He says he wants money to buy liquor in return for talking about the ceremony. He wants to know why people are interested in what happened. “We will adopt any religion we like,” he said aggressively. “They [the Christians] never built us a house or gave us anything else. So why can’t we opt for a different religion” Then he left the house.

After the police lodged the FIR, the VHP began denying that the ceremony had been a ghar wapsi event. “The police were present at the event, so if conversion had taken place, why didn’t they arrest anybody?” asked Amiya Sarkar, the VHP’s vice president in Birbhum.

Dhanapati Hansda, one of the priests who performed the yagna, the ceremony, also denied it had to do with conversion. “It was simply a bhumi shuddhikaran [purifying the land] for a plot donated by a family to the VHP, where a students’ hostel, meditation hall, goshala [cow shed], temple and a school will be built.” 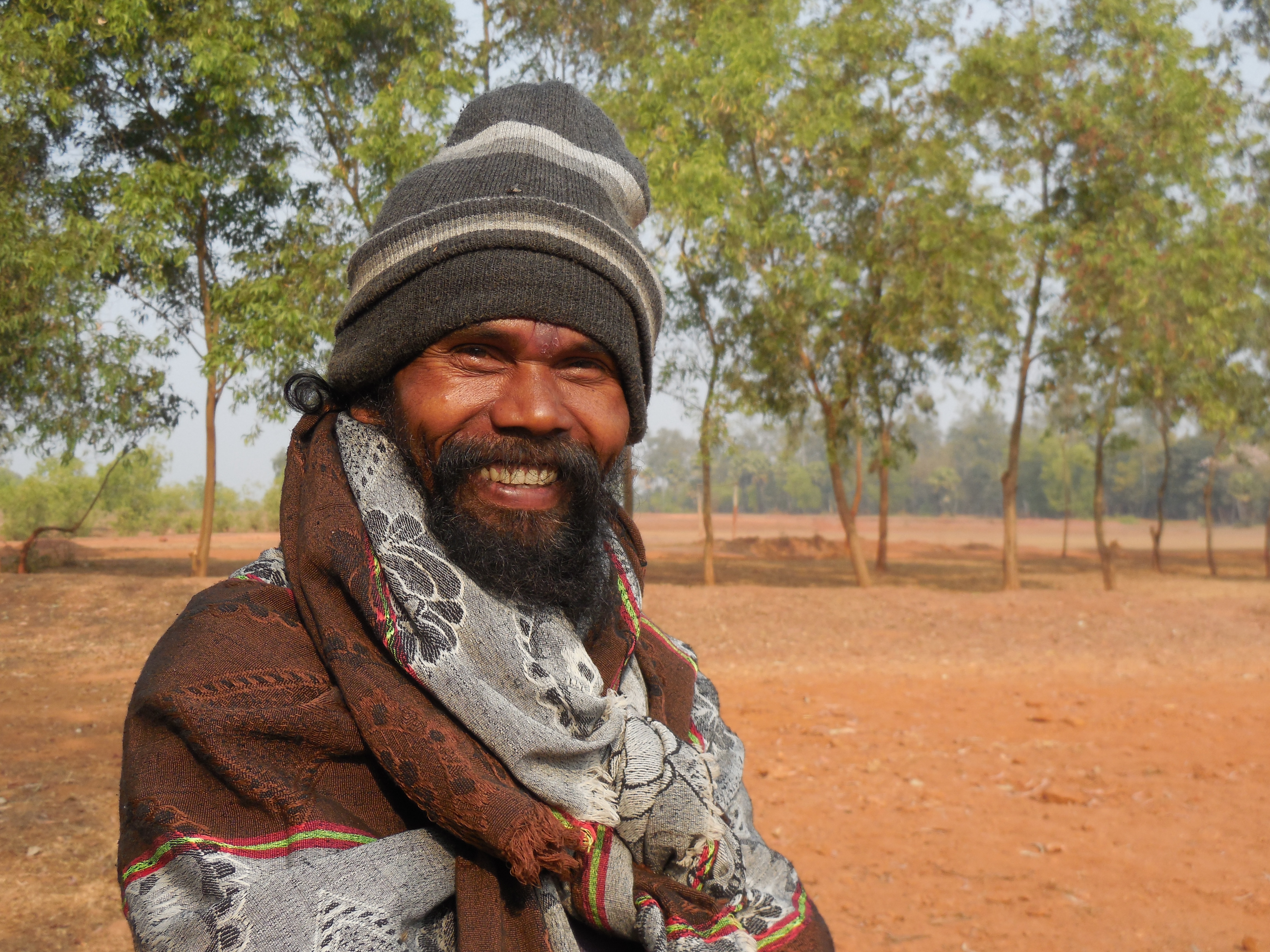 The VHP might be trying to hush up the event because arrests could backfire. At the same time, it plans to continue with its agenda. “Through our meetings, we have been able to put a check on the conversion of Hindus to Christianity and Islam. In the coming days, the result of our meetings and appeals to people will show,” said VHP’s Amiya Sarkar.

In this video clip, Churka Tudu, a VHP member from Birbhum district in West Bengal, talks to local journalists. The exchange has been translated from Bengali.

How many are Christians here and how many have "come back”?
About a hundred.

What is happening here?
A land that will have goshala, Shiva temple, students’ hostel, playground, etc -- things that will attract people to this place.

What is happening as part of the ghar wapsi and shuddhikaran?
Whatever the rituals are. To clean up the place and people [words unclear here], yajna, all those things that are part of the Hindu shastra for those who are coming back.

Which religion are they "coming back” from?
Christianity.

Why did they adopt Christianity?
They had been lured with promises for education, etc. Now they are coming back on their own.

From Savarkar to Modi: What explains Hindu nationalists’ admiration for Israel