Become a Member
Ad
The 87th Academy Awards, or the Oscars for short, will take place in Los Angeles on February 22 and will be aired in India on Star Movies 5.30am onwards. Despite the inconvenient broadcasting slot, which is necessitated by the time difference between the West Coast and India, chances are that the viewers won’t just be journalists, fashion bloggers and joggers who have decide to skip their morning run. Here are five reasons why the annual parade of gongs and gowns remains a ratings points winner.

Red is the warmest colour

The red carpet that precedes the Oscar ceremony beats any ramp walk hollow. Nowhere else can you see beautifully sculpted and perfectly coiffed men and women parade the wares of the fashion labels that you should know about but don’t. If your knowledge of haute couture doesn’t extend beyond the Saint Laurents and the Valentinos, then the best place for you is before the television set, where you will get updates on the latest trends (is teal the new black?) and watch enough gorgeous looking people to fuel water-cooler conversations for the week. 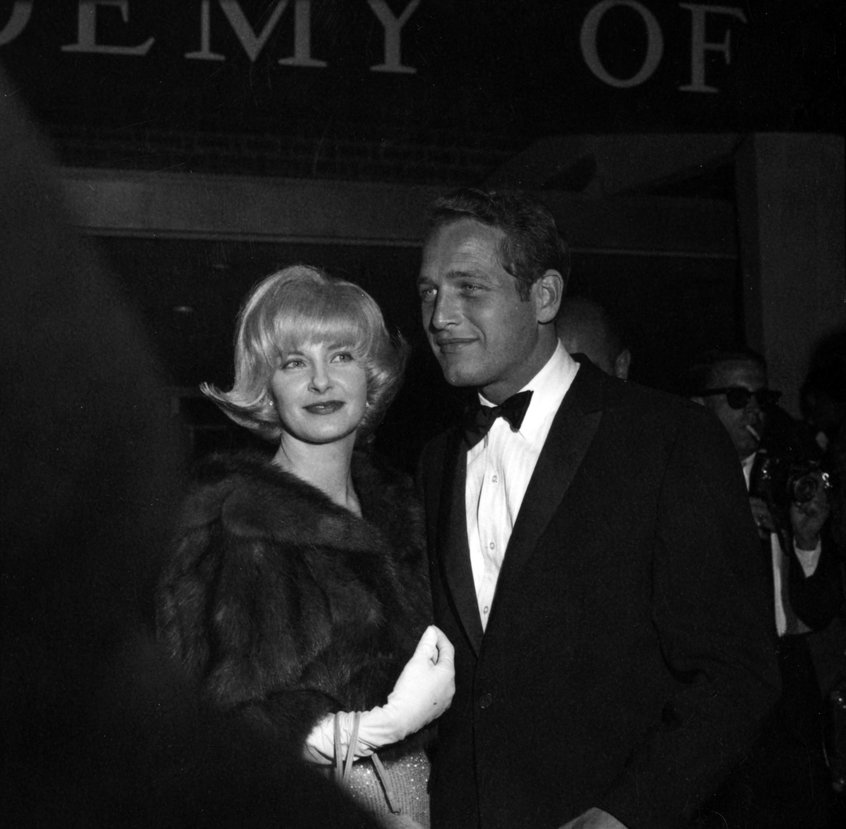 Paul Newman and wife Joanne Woodward at the Oscars in 1968, courtesy oscar.go.com

It’s not just about the beautiful, but also about the bold and the bizarre. Nowhere else can what-were-they-thinking thoughts rush through your brain and deliver a pick-up to beat coffee than the tendency of American celebrities to flaunt their idiosyncratic taste in full media glare. If it weren’t for questionable red carpet choices, the Twitterati and fashion bloggers such as Go Fug Yourself would be out of business. 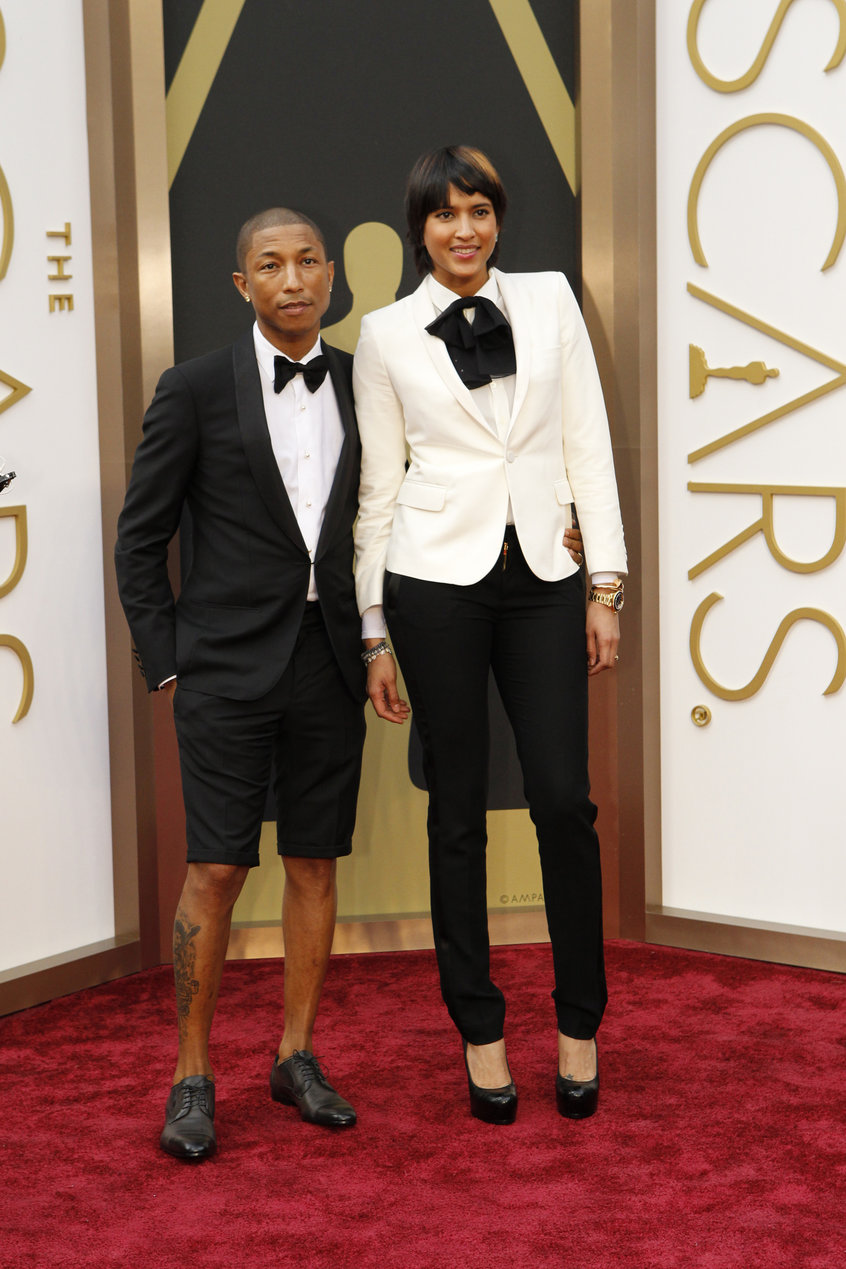 Pharrell Williams and companion at the Oscars in 2013, courtesy oscar.go.com

The host is always the most

No sooner has one Oscars ceremony ended than the debate begins: who will host next year’s show?

Does it matter, considering that the host is reading heavily rehearsed material off a teleprompter that has been worked upon by a staff the size of a peacekeeping delegation? Do we really want clever banter, fake ad-libbing, references to the political and social stirrings of the month, and gentle pokes at the Teflon-coated power elite gracing the front rows?

Of course we do.

Ye olde Billy Crystal days having been relegated to the cobwebs of memory after the actor and filmmaker hosted the ceremony for nine years, the Academy Awards organisers haven’t been placing their bets on a variety of comedians best suited to current viewership trends. The lows are divided between James Franco and Anne Hathaway in 2011 and Seth MacFarlane in 2013. Ellen De Generes was fabulous in 2006 and 2014, when her selfie with some of Hollywood’s top talent broke the internet and has been widely copied since. Steve Martin and Whoopi Goldberg have acquitted themselves honourably too. The honours this year go to Neil Patrick Harris. Knives in the shape of tweets are being sharpened.

We love the fakery

We are suckers for the perfectly lensed and edited Oscar moments that allow no room for spontaneity or honesty. We are admirers of the Academy Awards creed that in order to put on the best show on earth, nothing will be left to chance. We fall heavily for the hokum thank yous to parents, spouses, pets and shrinks – in fact, we are deeply upset when winners fail to express their gratitude to their long-suffering partners. Case in point: Sean Penn winning the award for best actor for Milk in 2008 and thanking everybody but his wife Robin Wright. They are now divorced.

We especially adore patently false “I had no idea I was going to win” address from the favourites. This year, it’s the turn of Julianne Moore, who is tipped to pick up a much-deserved Oscar for Still Alice, and who must have rehearsed her speech before her mirror three months ago.

We wait for the genuinely unscripted outbursts, such as Marlon Brandon sending Sacheen Littlefeather, the president of the National Native American Affirmative Image Committee, in his place to receive his Best Actor trophy for The Godfather in 1973, or Adrien Brody, who picked up an award for best actor for The Pianist in 2003, taking full advantage of his proximity to presenter Halle Berry by kissing her passionately and surely against her will.

We are closet fans of the in-between stuff

Ever wondered how toilet breaks get factored into a ceremony that can stretch for at least a few hours? The answer lies in the elaborately choreographed musical performances that allow those attending to touch up their noses, relieve their bladders, and check their phones.

Most of these performances are big yawns, but some of them can actually be fun, especially when the likes of Hugh Jackman, an actor who can actually sing and dance too, are involved.

We love to dissect the winners and losers

Democracy, thy name is Oscar.

And when there is the rare moment when a movie with an Indian connection scoops up trophy after trophy, as was the case with Slumdog Millionaire’s eight-Oscar haul in 2009, we don’t really stop to think whether the movie deserved it. We stand up in front of the screen and sing our own closing number, called the national anthem.