Contribute Now
Ad
“Let me sell books on a thopudubandi that is normally used to vend vegetables and corn. I will sell only poetry.”

Sheik Sadiq Ali had an epiphany about his  store-on-wheels while he was lunching with his friend Vasireddy Venugopal on his way back from Vijayawada. Vasireddy and Ali had just attended a book exhibition where they had sold a poetry collection titled Bhoomadhya Rekha, written by the young Telugu poet Kasi Raju. As many as 300 copies of Bhoomadya Rekha were bought. Ali was stunned by the response.

“I don’t have energy to write poetry. Writing a poem is like giving birth.” Sitting in a small nondescript room in the marriage bureau that he runs, Ali explains why he started Thopudubandi, which is Telugu for pushcart. “Poets pull their hair apart to drop a word on paper. And then they give out their books for free. There are people to market novels and guidebooks. But no one markets poetry.”

So, Ali decided to take the job on himself. First step: getting a cart made. When he posted the photographs of The Making of Thopudubandi on Facebook, his friends started taking him seriously. 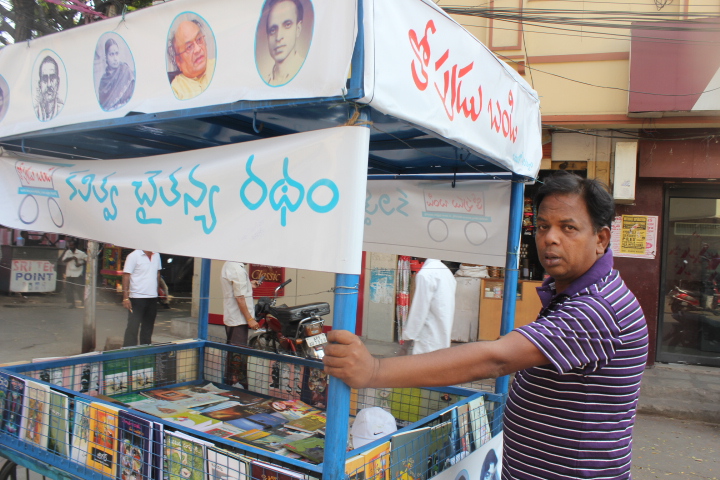 Yakoob, a poet and a college friend, saw the Facebook post and immediately gave his friend some of his books to sell. Yakoob also started helping him out by getting other poets to know about Thopudubandi.

The mobile poetry shop has been on the road in Hyderabad since February 22, with books from several writers. Within days, Telugu poets across Seemandhra and Telangana noticed Thopudubandi and began to send their books to Ali. By February 28, he had over 135 poetry titles to sell. 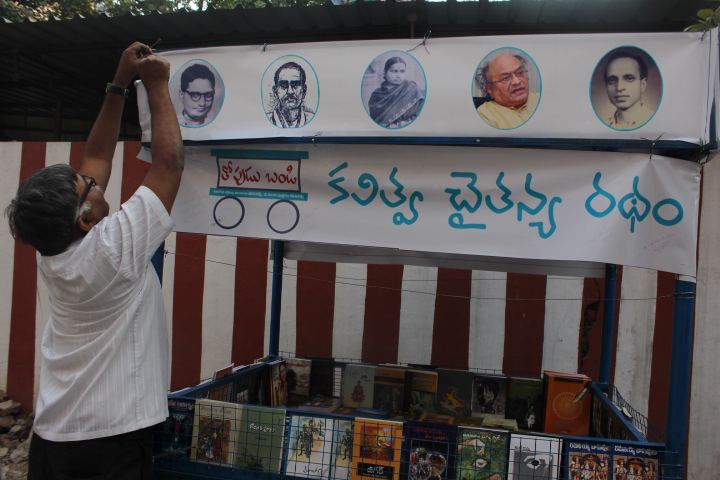 Ali runs Thopudubandi from his marriage bureau. He stocks the books there, and his employees help him arrange them on the cart before he hits the road.

“Take five more copies of this book… Put those books beneath the cart," Ali instructs Sharmila, a consultant in the bureau. Once the cart is stocked up, he pushes it out into the scorching heat. 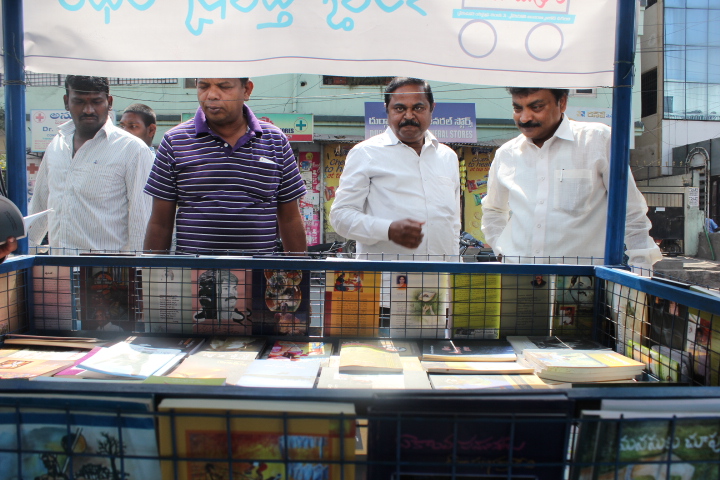 Two poetry enthusiasts accompany him from the matrimonial bureau office and help him push Thopudubandi through the streets. Sahib Peera, a real-estate agent who regularly posts his poems on Facebook, has come from Anantapur – 360 kilometres from Hyderabad – to help Ali out. And Rajaram, who works in textbook publishing, has travelled 600 kilometres from Kakinada. 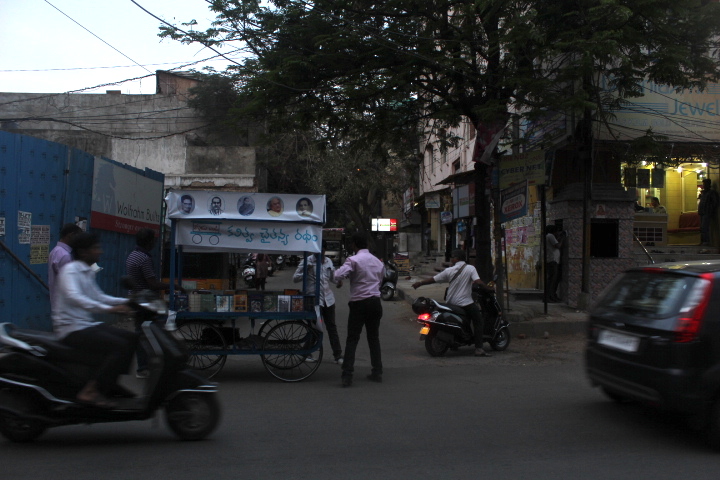 Ali and his comrades push the cart through Ramnagar Gundu towards Nallakunta. They stop whenever someone comes up to them, with Ali talking to them patiently, recommending books, and gathering feedback.

The first customer is a young man in his 20s. He was returning home in a local bus from civil services coaching classes when he saw the pushcart laden with books. “I had read about Thopudubandi in a Telugu newspaper and wanted to see how it worked,” he says. He examines the titles painstakngly, while an occasional auto driver or bike rider pulls over to find out more.

By 3.30 pm, Ali has sold about 20 books and walked some five kilometres. Parking the cart outside a friend’s house, he goes in for lunch and resumes his journey an hour. He takes the cart to three other areas that day, with his friend Yakoob joining him.

As the light grows dimmer and traffic on the roads swells, Ali manoeuvres his cart through the traffic signals to Durgabai Deshmukh road before winding up for the day. Yakoob and Ali have planned events around Thopudubandi till March 14. They hope to continue with Thopudubandi for as long as they can. Says Ali, “I don’t own a patent to Thopudubandi. I hope people take this idea up and sell more books on pushcarts in the two Telugu speaking states.” 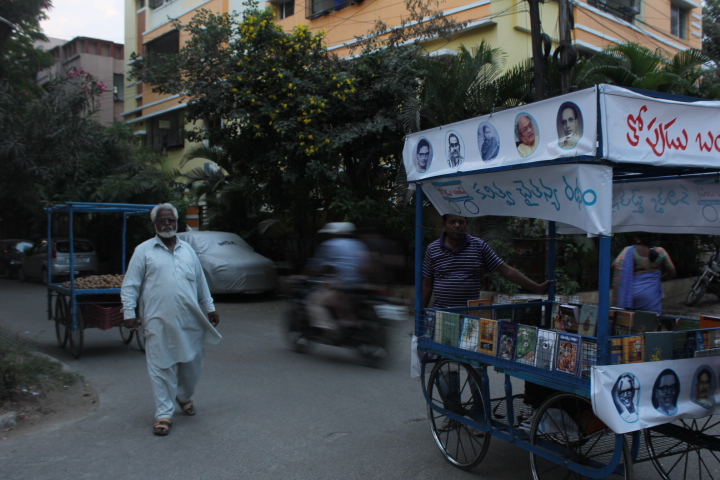