Contribute Now
Ad
Being a woman in Delhi isn’t easy. But the facile expression “rape capital” makes it worse, because it elides a long history of educated and astute women who shaped Delhi’s landscape, often literally. For example, two of its most famous landmarks – Humayun’s Tomb and Chandni Chowk – were built by women.

The first woman to rule Delhi was Razia Sultan, in the 13th century. Her father Iltutmish, ruler of the Delhi Sultanate, had named her the successor, but some nobles, alarmed at the prospect of a woman ruler, put her brother on the throne. He proved incompetent, and in 1236, Razia became Sultan (she insisted on “Sultan”, because  “Sultana” meant the wife of the ruler). She held an open court and dressed like a man, because living in purdah made it difficult to be in control. She governed ably, rode at the frontline in battle, and wrote poetry. Nasiriya college, established by Iltutmish, flourished during her three-and-a-half-year reign.

Another pathbreaking woman was Haji Begum, who started the Mughal tradition of commissioning monuments. After her husband, emperor Humayun, died in 1556, the heartbroken queen devoted her life and money to building Humayun’s tomb in what is now South Delhi. The Rs 15-lakh, seven-year project, completed in 1572, became a watershed of Mughal architecture. Its grandeur and 30-acre Persian-style garden were unprecedented on the Indian subcontinent. It heralded a distinctive Mughal architectural style that peaked with the Taj Mahal some 70 years later. Four centuries later, it draws visitors from around the world.

Three kilometres northwest is Khairul Manzil, a mosque built in 1561 by Maham Anga, a wet-nurse of emperor Akbar, Humayun’s son who became emperor when he was 14. She was like a parent to him, and had considerable influence during the early years of his reign.

In the mid-1500s, the Mughal capital moved from Delhi to Agra. Akbar’s grandson Shahjahan moved it back to Delhi in 1648. He built Shahjahanabad, in the northern part of today’s Delhi. Now it is called Old Delhi or, thanks to Bollywood, Dilli 6. 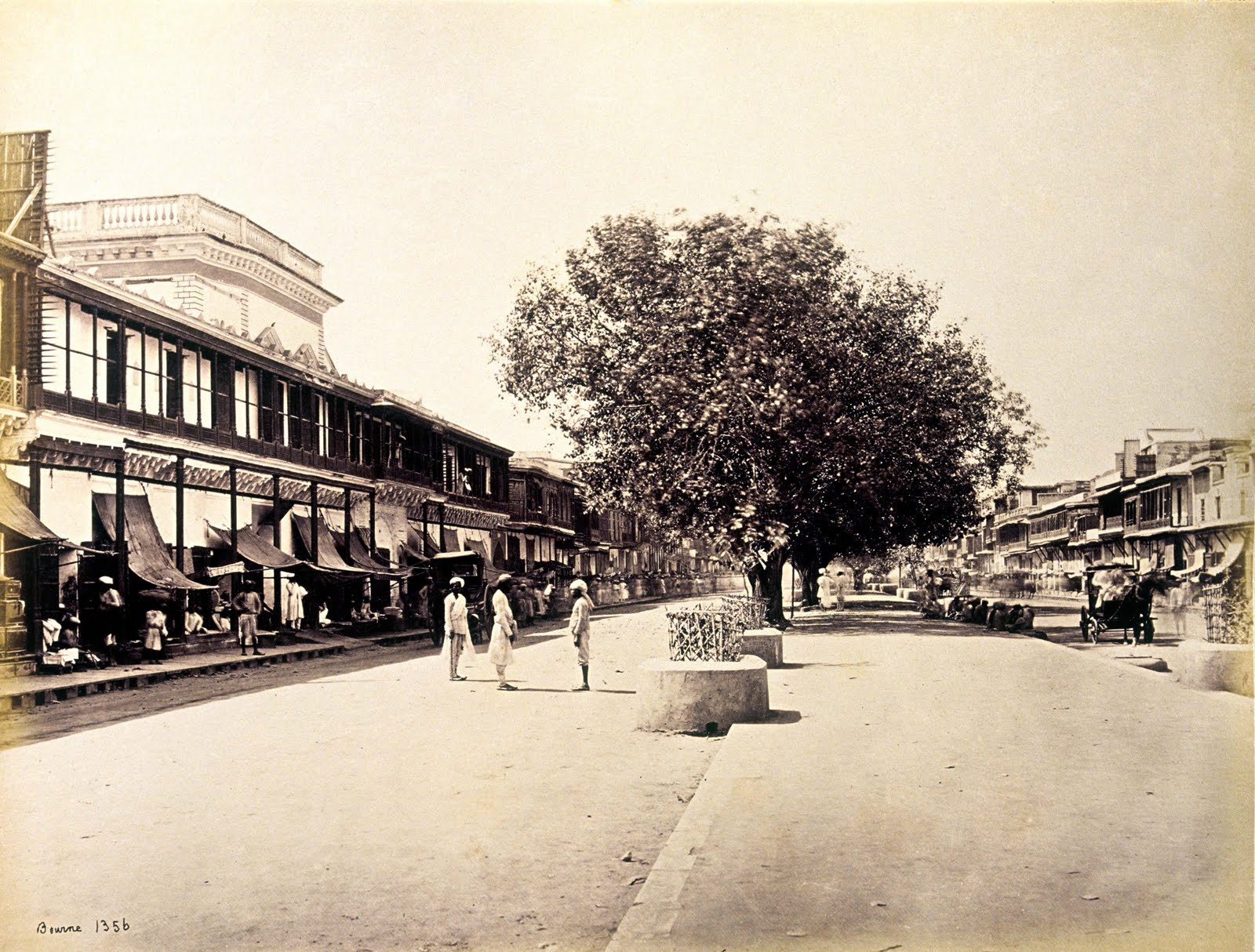 One of the highlights of Old Delhi is Chandni Chowk. It was designed by Shahjahan’s beloved daughter, Jahanara Begum, as a market in the mid-1600s. A 19th century British visitor described it as “an immense street” with many trees and a “stone watercourse” running down the middle. Perhaps the street got its name from moonlight shining on the water. Three centuries on, it is still a major market in a city far bigger than Jahanara’s Delhi. She also built a garden nearby, which the British redesigned 200 years later and renamed Company Bagh. It is now called Mahatma Gandhi Park.

It speaks to the heterodoxy of the times that while her brother Aurangzeb was a fastidious Sunni, Jahanara was a devout Sufi and a poet. This did not prevent her from being an astute politician or from having several love affairs. She is buried in a simple grave, as she wished, near the shrine of the Sufi saint Nizamuddin Auliya in South Delhi.

Jahanara’s sister Roshanara built one of Delhi’s biggest gardens, about five kilometres northwest of Chandni Chowk. She was buried here after her death in 1671. Some 250 years later, British and Indian elites established a club at one end of Roshanara Bagh. Roshanara Club regulars included viceroys and governor-generals before Independence, and people such as Jawaharlal Nehru and Rajendra Prasad afterwards.

One of Shahjahan’s queens, Akbarabadi Begum, built Masjid Akbarabadi in 1650, in Faiz Bazaar near the Red Fort. She also built the bazaar itself, which had an aqueduct flanked by shops. Her beautiful mosque was among the structures the British destroyed after 1857. The bazaar area, now Daryaganj, is crammed with dealers of books and medical supplies. 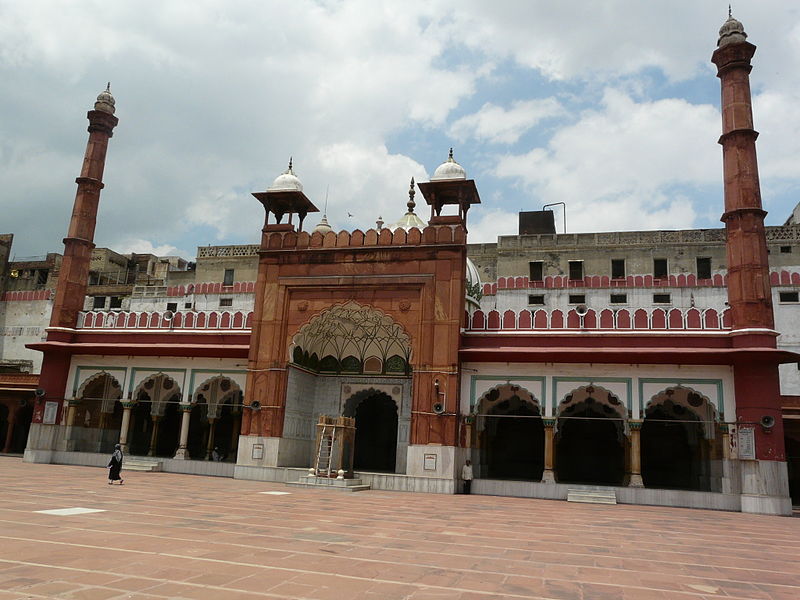 Also in 1650, another queen, Fatehpuri Begum, built a mosque at the western end of Chandni Chowk. In the vast courtyard is a large water tank for wazu (the Islamic ritual of washing before prayer). This Sufi mosque was among the city’s most important, so the British seized it after 1857 and sold it to a tycoon, Lala Chunnamal, for Rs 19,000. Luckily he did not destroy it, and 20 years later it was restored to the Muslim community. Today, the serene courtyard is a refuge from the hubbub of Chandni Chowk.

In 1700, emperor Aurangzeb’s daughter Zinat-un-Nisa built Zinat-ul Masjid in Daryaganj, where she was buried in 1721. In 1724, Udham Bai, a queen of emperor Muhammad Shah “Rangeela”, built the Shah Mardan shrine, popularly known as “Karbala”, in South Delhi.

Muhammad Shah was more interested in song and dance than in imperial expansion. His empire weakened, but his reign (1719-48) saw a flowering of musical forms such as thumri and hori. Courtesan patronage was at its peak, and the best courtesans commanded hefty advances. 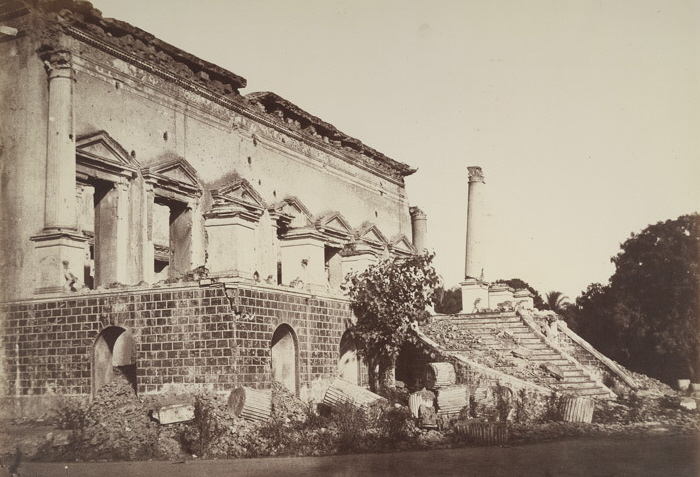 Perhaps the most famous is Begum Samru (1753-1836). Her given name was Farzana. She was raised to be a dancer, by a tawaif in Delhi. With the empire fraying, Europeans were seizing every opportunity they got. She helped a mercenary, Walter Reinhart Sommers, and they began to live together. The emperor gave Sommers land in Sardhana, Uttar Pradesh, and an annual income of Rs 6 lakh. When Sommers died, 25-year-old Farzana inherited his wealth and troops, and became Begum Samru (a corruption of “Sommers”). She converted to Catholicism and changed her name to Joanna, perhaps to legitimise her status as the widow of a man she never officially married. After she died, the British seized her property, and her Chandni Chowk palace became a bank.

Victorian dourness reduced nautch and tawaif culture to prostitution. Some women offered sexual services, but this was not always due to poverty, immorality, or enslavement. A nineteenth-century British account of a wedding procession in Chandni Chowk describes nautch girls as “splendidly dressed … and their long hair hanging down their backs… they stood in theatrical attitudes … joking with the populace, and had a boldness of manner most unpleasing in a woman.”

Walking through history with our eyes wide open can transform our ideas of respectability and ability. What if we walked through our city the same way?