Contribute Subscribe
India's founding fathers were rather prosaic in their approach when they put down the prohibition of cow slaughter in the Directive Principles of State Policy.

"The State shall endeavour to organise agriculture and animal husbandry on modern and scientific lines and shall, in particular, take steps for preserving and improving the breeds, and prohibiting the slaughter of cows and calves and other milch and draught cattle."

Ever since the Maharashtra Animal Preservation (Amendment) Bill, 1995, received presidential assent in March, extending the ban on the slaughter of cows to bulls and bullocks, various arms of the Indian state have been hard at work doing just this – taking steps on "modern and scientific lines".

“As our national animal, the tiger may be close to extinction," wrote Bibek Debroy, in a column for the Financial Express, in 2003. "But the cow is very much around and many soon become our new national animal.” To solve the problem, Debroy offered a tongue-in-cheek solution. “Let them have reflectors and, if not license plates, at least identity cards. Only genuine Delhi cows should be eligible for social security and other benefits.”  He was just a newspaper columnist then, but the economist who is now a Niti Aayog member would perhaps have noted with some satisfaction that his advice seems to be getting taken seriously.

The Malegaon police, who last week registered the first case under Maharashtra's new law banning beef, have now asked for a photograph of each and every cow and bullock in the township from their owners, so that police can keep the pictures in their files for reference, just in case a criminal case crops up, the The Times of India reported on Monday.

Mahesh Sawai, deputy superintendent of police, explained the plan to the newspaper:

"The purpose is to carry out a census and keep a record. Besides, this will help to verify mattes if someone feeds us wrong information about pet animals or animals working in the field.

We are keeping the photographs for verification purposes only. If someone alleges that some illegal activity has taken place and if the owner has a photo, it will be easy to establish the truth. We have conveyed the message to the residents of Malegaon, including animal traders. We have also asked them to register their pet animals with the Malegaon civic corporation."

So far, seven farmers in Malegaon have turned up with photographs of their cattle, Sawai elaborated to the Wall Street Journal. The move is a precursor to the possible introduction of photo identity cards for cattle, the paper added, that would carry vital information about the animal, such as its colour, height, sex and length of horns. “The photo ID would be difficult to falsify,” Sawai explained.

Only in #Somalia: Writing your phone number on your goats & sheep so that they aren't lost. I took this in #Galkayo. pic.twitter.com/Tybc8Q2xf9

If they can use six digits in Somalia on goats, why can't we write 12 on cows?

Clearly, with this move, Maharashtra seems to be all set to gain an edge over Haryana, which earlier passed a more stringent anti-cow slaughter law than Maharashtra, where the sale of beef and cow slaughter were made non-bailable offences with highly punitive fines and jail terms. Not only that, as the Indian Express reported recently, the Haryana government had decided to extend the Unique Identification Authority of India format with the introduction of "Special Identification Tags" with unique identification numbers for Haryana cows, an indigenous breed found in the state.  The state hoped to provide the cows with the benefits of health schemes through this initiative, the paper reported.

Each cow will have a 12-digit unique identification number and an ID card will be fixed as tags around its neck. The owners will be provided with a booklet, in which they can fill cows’ “data” every day.

“The aim of this scheme is to establish identity of cows, their security and provide them benefits of health schemes. In these special identification tags, their photographs, race, complexion, body structure and age will be recorded in the database.

According to sources, this project will start on an experimental basis at a few blocks from next month.
“Owners will have to fill a questionnaire which will be fed on our database. If a farmer has two cows, the data of both the cows will be recorded and each of them will get a unique identification numbers,” said an official. The state is also planning to introduce a system wherein the location of the cows would be traced during the outbreak of any dangerous diseases. 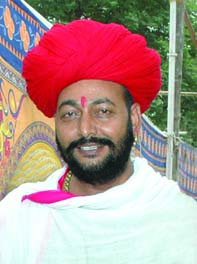 But before these two states got into the act, Rajasthan in January became the first Indian state to get a dedicated minister in charge of cow affairs. Otaram Devasi, likes to be addressed as the "Gaupalan Mantri", the Economic Times reported.

BJP and Vasundhara Raje had promised a separate ministry for cows in its poll manifesto. And when the party came to power with Raje as CM in December 2013, she promptly announced a ministry for the protection of cows, which was later transformed to a "department" after the move struck a Constitutional hurdle since states can't set up new ministries. In October, 2014, Devasi was made minister of Dairy and Devasthan ‒ administration of temples that get government funds ‒ with the extra charge of the "Gaupalan department". His responsibility also includes overseeing Rajasthan's Gau Seva Commission and Cow Conservation Directorate.

"I believe if cows have to be saved then every state in India must have separate ministries for cows," Devasi told the newspaper, confident that he had set up a department for rest of India to emulate. Not just in other states. He also told the newspaper that he had sought an appointment with Prime Minister Narendra Modi to "impress upon him on the urgent need to set up a cow ministry at the Centre". 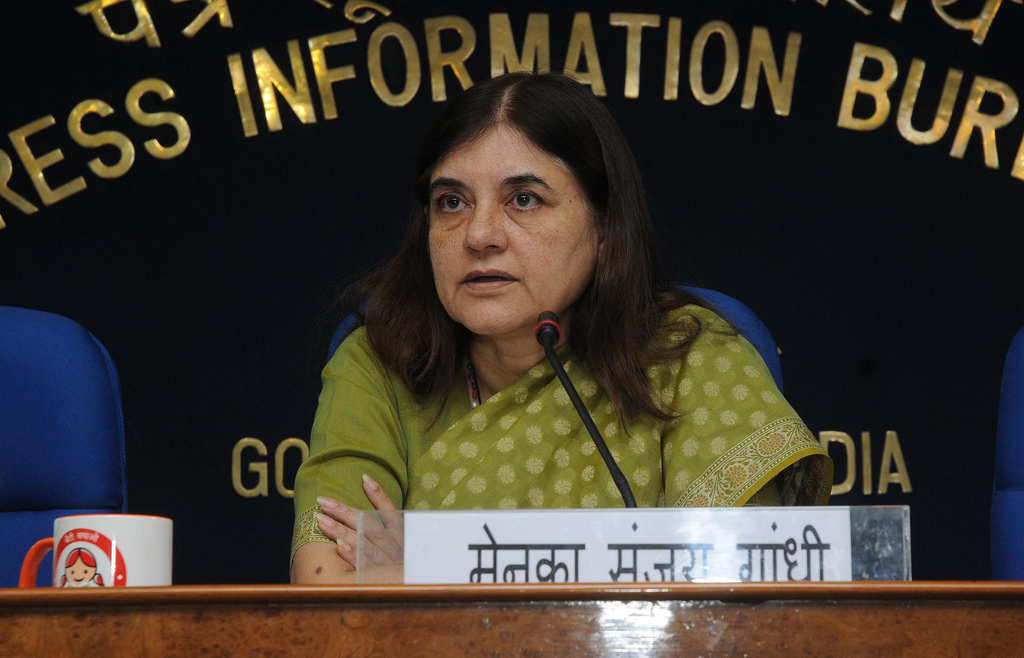 While we do not yet know whether such a meeting ever did take place or what, if it indeed did, the outcome was, but we do already have a union minister in Maneka Gandhi who was recently reported to have asked her ministerial colleagues to opt for a "natural disinfectant'' made from extracts of cow urine instead of the "chemically bad'' one in government offices.  In a letter to her colleagues in the council of ministers Gandhi has proposed a switch to "gaunyle" – cleaning liquid made from cow urine extracts, arguing that it "environment-friendly", reported the Times of India.

"I would request you to replace phenyl, which is currently being used in your ministry and is chemically bad for environment, with Gaunyle," she said.

Gandhi, minister for women and child development, said the Kendriya Bhandar is now stocking the 'Gaunyle'. The product is being marketed by an NGO, Holy Cow Foundation. It is said to be environment friendly as it does not have a synthetic base like phenyl but is not as strong as the latter. Phenyl is the cheap cleaning liquid which is widely used in government offices to clean floor and toilets.

She is not alone. Earlier Ayush minister Sripad Naik had vouched for the number of ayurvedic drug companies that were manufacturing medicinal formulations made from 'panchgavya', a collective name of five products obtained from cow including its urine and dung.

According to the department a large number of the 7,835 licensed ayurvedic drug manufacturing units in the country make medical formulations from Panchgavya. Panchagavya is a collective name of five products obtained from cow like milk, curd, ghee, urine and dung.

Medicinal uses of Panchagavya and its individual ingredients, including cow urine, are mentioned in authoritative books of ayurveda. 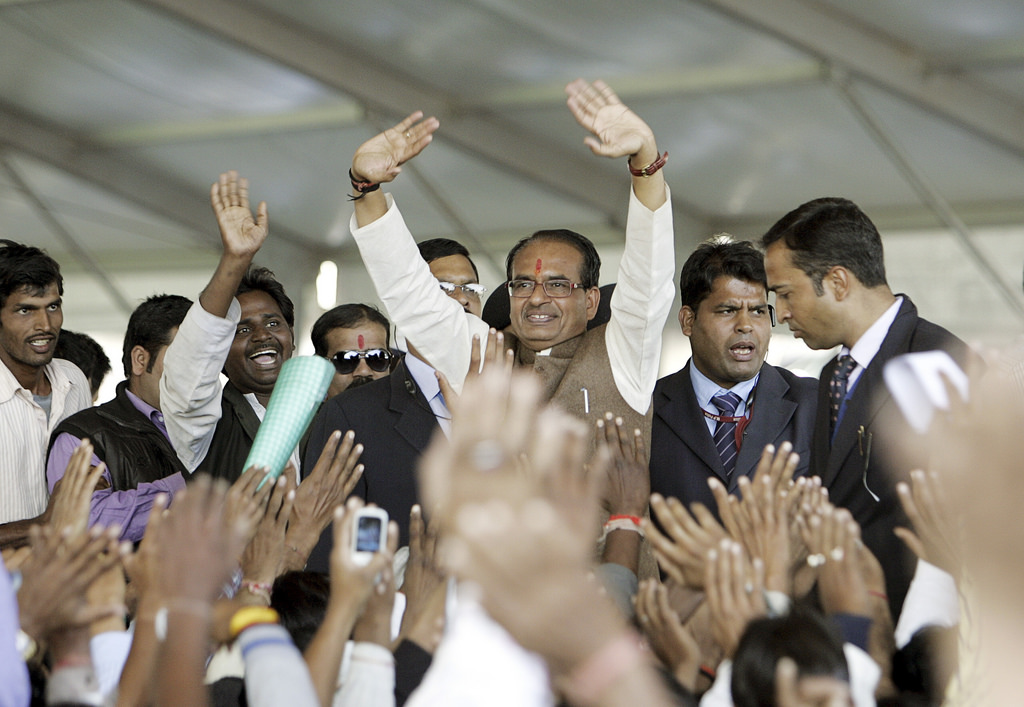 Before that, Sakshi Maharaj, a member of parliament of the Bharatiya Janta Party was reported by DNA to have told the Sant Samagam Mahotsava in Meerut:

"Wait for some time, a law will be passed in Parliament in which anyone indulging in cow slaughter and conversion will be punished with the death sentence."

The sentiment is not restricted to fringe elements in the party. Even the chief minister of Madhya Pradesh Shivraj Singh Chouhan was also reported as saying that "those indulging in cow slaughter should be treated as a murderer and should get equal punishment."

"We already have a law against cow slaughter in MP .We need to give it more teeth to ensure that the punishment for killing a cow is equivalent to that for murder," Chouhan said in his address at a Jain religious conclave.

India's Home Minister Rajnath Singh also seems to think that his top priorities should include bringing a nationwide ban on cow slaughter.  Clearly, we have come a long way from the bucolic, if stereotypical image of India – a stray cow sauntering down the middle of a busy city street, seemingly oblivious to the traffic swerving around it.