Contribute Now
Ad
Our Metropolis, a documentary about Bengaluru’s recent transformations, is packed with striking images, but one is especially telling – a Godzilla-like wrecking crane gobbling up a building, one wall at a time.

Directed by Gautam Sonti and Usha Rao, the engrossing 95- minute film follows Bengaluru’s planners and civic officials in their quest to replace a well-worn label with a new one. The rapid changes in the Karnataka capital have left very few traces of the city that was once known as a “pensioner’s paradise”. In its place is being constructed a shiny "global city".

Our Metropolis, which will be screened at FD Zone in Mumbai on April 11, follows the effort to recast Bengaluru as a South Asian Manhattan (in the description of Vijay Mallya, quoted by one of his employees). It conducts its inquiry into globalisation and urban change by following the construction of the city's Metro network. (The documentary’s title is reference to the project's slogan: “Namma Metro”, or “Our Metro”.)  Arterial roads are widened, trees uprooted, shops and homes demolished after being condemned by ominous yellow marks, and livelihoods lost as the project thrashes through old neighbourhoods with the grace of an anaconda. The proffered excuse: the project will enhance the greater common good.

Residents across classes, from sweepers and hawkers to professionals and professors, appeal to the courts and take to the streets. But they are unable to prevent the Metro from winding its way through their playgrounds and backyards, altering the city’s physical and emotional landscape.

“One was struck by what was happening with the city, the rapidity of the changes, and the lack of transparency,” Rao said in a Skype conversation. “Gautam and I were initially talking about doing something on what was happening on the periphery, the mofussil areas that were being into incorporated into the city, such as Sarjapur and Kanakpura, but what was happening was too obvious and under our noses to ignore.”

Sonti has previously made a short film series Coding Culture, about the software industry,  while Rao is an urban researcher. Our Metropolis was shot patiently between 2008 and 2013, which allows for several before-and-after sequences. Several narrative tracks are dextrously woven together. This includes fly-on-the-wall footage of Metro and civic officials meeting agitating citizens as well as interviews with some of the architects and real-estate developers who dream of a vertically inclined Bengaluru that will attract global investment just like Mumbai and Gurgaon. One of the most affecting stories is that of Malini, whose ancestral home is torn down to allow one of the Metro lines to run right through it.

In a sense, Our Metropolis is a sequel to Sonti’s Coding Culture series, because the explosion in construction activities follows Bengaluru’s success as an outsourcing hub. “Coding Culture was about the outsourcing industry and the making of a global workplace in a sense, and Our Metropolis is an extension of the making of a global city,” Sonti said.

Cry for me, Bengaluru

The city symphony is an established documentary genre that celebrates the rise of the metropolis – among its best examples is Berlin: Symphony of a Metropolis. But the developing world’s experience with urbanisation has been much more mixed, and the depiction of cities on screen has been more circumspect. Our Metropolis is a dirge rather than a celebration, one that bemoans the manner in which policy changes are hurriedly and forcefully put into place without much thought for the consequences.

“There is a lot to celebrate in a city like Bangalore, but we felt that we needed to be critical of the development that has been taking place here,” Sonti explained. “The idea was to look at what happens on the ground when such models as the ‘global city’ and ‘smart city’ are adopted.”

The Metro project became an apt metaphor for the city’s encounter with globalisation, said the filmmakers. “It is assumed that you want a global city, and you will sacrifice whatever you have to make this global city possible,” Rao said. “It is symptomatic of a new kind of governance and a new kind of vision for our cities. One of the things our film tries to do is tell the story of how cities are being made and remade – of what happens on the ground in the process. This is the story of what is getting hidden and pushed underneath.”

An initial idea was to make a documentary about the non-governmental groups that were agitating against the Metro project, Sonti said. But then the film expanded to capture a larger picture of Bengaluru’s engineering. “We wanted to give a sense of the city as a total and whole space, not as a broken, fragmented place,” Rao said. “We were sure it was not going to be only about protests but about everything.”

The narrative rhythm paces together wide-screen and top-angle impressions of tractors, cranes and excavators hard at work with the strenuous attempts of long-time residents to preserve their tiny holdings below.  It all came together with Abhro Banerjee’s editing. (Banerjee has previously edited Ranu Ghosh’s documentary Quarter 4/11, which explores the gentrification of an industrial neighbourhood and the building of Calcutta's South City complex.) “Abhro’s big talent is in bringing all of these stories together,” Sonti said.

Our Metropolis has already been shown at film festivals, including Dubai and Busan in South Korea, which provided seed funding. The documentary was screened in Bengaluru in December, where it, unsurprisingly, struck a chord. “Lots of people came up to us and said that this was what they had been thinking and feeling,” Rao said. “There was a feeling that their stories had been told. It was exciting and also very moving.” 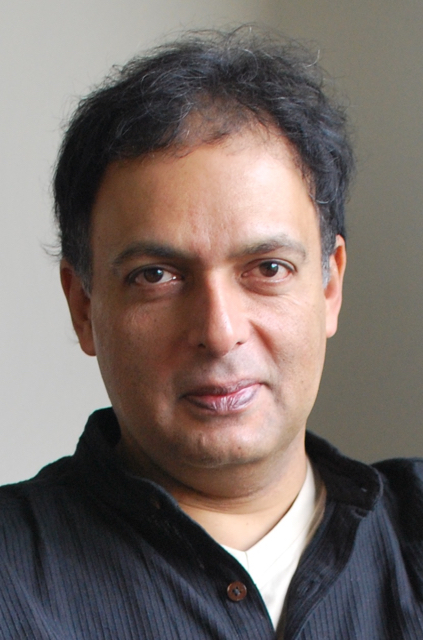 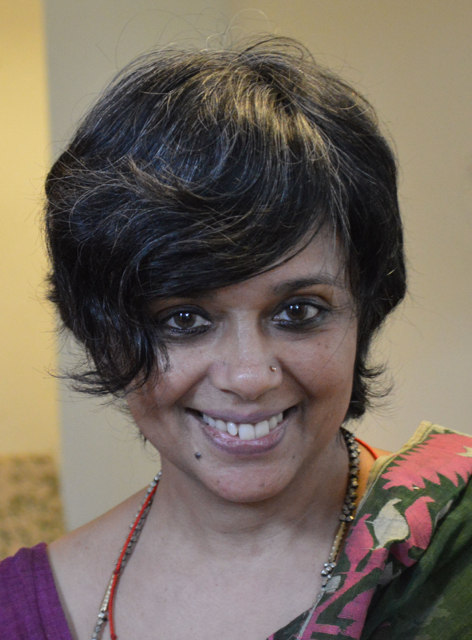