Apr 19, 2015 · 03:00 pm
Mayank Jain
Over the past year, more negative news has emanated from South India’s second largest university than positive. This year is no different as the calls against the Pondicherry University’s vice chancellor have only become louder as teachers and activists demand her resignation on charges of academic fraud and plagiarism. However, this time they also want to attack Smriti Irani and her ministry of human resources development for their inaction on the matter.

Students in the university await a fair probe as the ministry's silence has led to many courses being derailed. “Students doing their PhD are suffering the most as the faculty appointed is not being allowed to do its job,” said Dastagiri Reddy, general secretary, Pondicherry University Teachers' Association. “Many incharges appointed by the VC are her own men with no qualifications to guide students whatsoever.”

Vice Chancellor Chandra Krishnamurthy was appointed to the university in early 2013 but her appointment has now come into question. Rules were flouted and relaxed to give her the position, say the teacher association as well as the joint action committee which consists of many professors across universities. Their demand for a probe by the ministry has not been met.

“Smriti Irani promised us that an action would be taken, but nothing has happened,” Reddy said.  “A fact-finding committee was formed but right before it could submit its report, the chairman of the committee resigned.”  The committee did eventually go on to submit its report one and a half months later, but there has been no response from the ministry, Reddy added.

The association started with a protest rally on Saturday which is to be followed up by a hunger strike on Monday. “We will continue these protests until the ministry takes action and removes the vice chancellor in the larger academic interest of the university,” Reddy said.

Chandra Krishnamurthy's appointment has been mired in controversy and the same allegations have surfaced earlier as well. She been charged with plagiarising a major portion of the book mentioned in her CV. Not only this, according to the documents accessed by Scroll, the other two book listed on her CV do not exist at all. 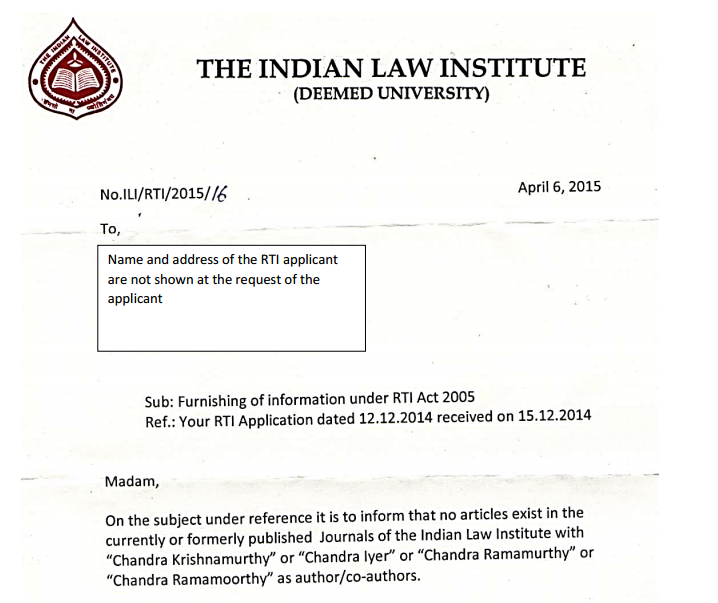 According to Reddy, the publisher was forced to retract the book when the plagiarism came to light. A document released by the PUTA also highlights the fact that 24 of the 25 research publications that the VC claimed to have authored don’t exist at all as the association verified it from the original publishers of the journals such as National Law Institute, Delhi and Bar Council of India who said that no such papers were published.

Questions have also been raised about the due process not being followed for her appointment. The teachers' association also claims that the ministry only recommended one name instead of three to the President for consideration. “She doesn’t have the required 10 years of teaching experience either,” Reddy said, adding that out of 120 applications received for the position, 17 were shortlisted but only one name was recommended by the ministry out of the three shortlisted.

As protests rise, Smriti Irani's ministry is being targeted for not acting in time, particularly because the minister had earlier promised immediate action. “How can someone with such a controversial record stay on for this long,” Reddy lamented. “It’s been more than four months that we have waited patiently but we haven’t received a word from the ministry. They have completely forgotten Smriti Irani’s promise that action will be taken.”

“We have a feeling that she’s being protected by someone at the ministry,” he said, but added that the protests will eventually force Smriti Irani to take note of the issue and suspend her.

The vice chancellor did not respond to the detailed questionnaire sent to her.

Watch and compare: The song that Led Zeppelin is on trial for 'copying' in 'Stairway to Heaven'