Contribute Now
Ad
The massive earthquake that hit Nepal on Saturday, and the subsequent aftershocks, wasn't entirely out of the blue. Just a week prior, 50 earthquake specialists had met in Kathmandu to discuss how to better prepare for a disaster. Earlier in the month Geohazards International, a group that looks at earthquake risks, had updated its report looking at risks for the Kathmandu valley. And the phrase "nightmare waiting to happen" has been used over and over.

Yet the quake still ended up killing more than 3,700 people and injuring more than 6,000 at the latest count, with the toll expected to rise some more. The simple question to ask here is, why? If it was "waiting to happen", if the quake was "inevitable", why is the death and destruction so widespread?

1) Kathmandu Valley: most dangerous place on earth
One simple answer is just that there's nothing much that could be done, short of moving everyone out of the Kathmandu valley. Geohazards International has repeatedly pointed out that the Kathmandu Valley, because of its proximity to a tectonic plate and the nature of the mountainous geography in the region, is the most dangerous place on earth, when it comes to earthquakes. 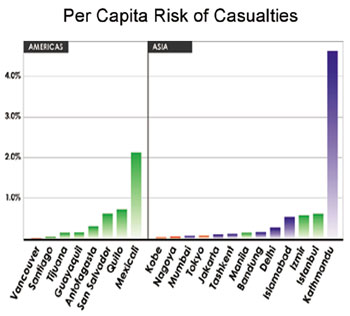 2) If not Kathmandu, where?
Even if you accept the above conclusion, that the Kathmandu valley is incredibly dangerous, where are people in Nepal supposed to go? All of Nepal sits right above the tectonic plates that are pushing up into the Asian mainland, which is both the reason the Himalayas exist and the source of the earthquakes. 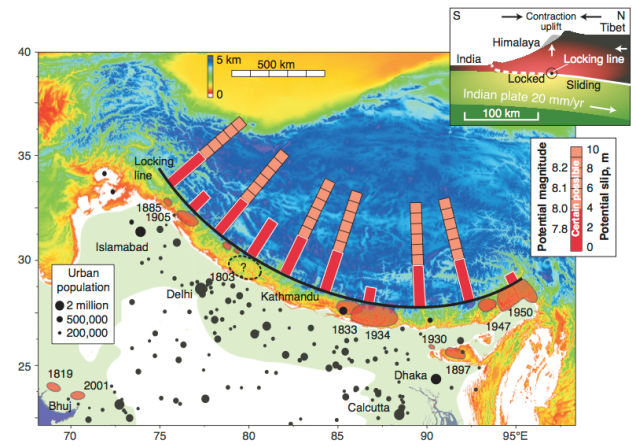 This means that the relatively safer bits of Nepal happen to be up in the mountains, where the effects of an earthquake could be somewhat mitigated – although that leaves you at risk to landslides and avalanches. Short of leaving the country altogether, where is a risk-averse person supposed to go?

3) Building standards, what are those?
Nepal instituted a building code in 1994, but it was only ratified by the Cabinet in 2003. This lays down minimum parameters by which buildings have to be constructed, to mitigate seismic risk. Unfortunately it's barely implemented, and the problems aren't just because of shoddy construction, they're bureaucratic as well.

"There is no single institution responsible for all earthquake related matters in Nepal. Various institutions and agencies are responsible for various earthquake related matters, and the coordination among them is practically not provided. For this reason, the issues related to NNBC remain unattended and keeps waiting for a particular project to start. "

"There is a dire need for establishing Nepal Code Council that will address the development issues of Codes and their implementation," a 2009 report from the ministry of planning and works said.

4) Building standards are fine, but where's the money?
Even if a building code was properly established across the country, the fact remains that it is more expensive to build earthquake-proof buildings, or even to retrofit them. And people will naturally gravitate towards cheaper options. Developers in Nepal and other parts of the world keep attempting to create earthquake-proof options that are more reasonably priced, but it remains a challenge. Equally big is just the task of convincing developers and homeowners to spend the extra money, even if it is just 3-10% the original cost.

Nepal's school earthquake preparedness programme is a model in the region, for example, but that has been easier because the Department of Education has been able to oversee it. A scholar in 2005 estimated, however, that 93% of Kathmandu buildings do not meet building standards, and the capital city has grown by huge numbers in the previous decade. That might change after this earthquake, but examples from other places in the region suggest people return to complacency soon enough.