Contribute Now
Ad
As humanitarian organisations and armed forces work together to rescue and rehabilitate those affected by the deadly earthquake which killed more than 6,000 in Nepal, their efforts are challenged by a difficult terrain, remote locations of those impacted and roads covered with debris making it hard to navigate effectively.

The solution sounds simple: maps. But the earthquake has caused mass disruption and displacement as people struggle for food, while electricity and connectivity remains scarce. A group of programmers in India reacted fast to the situation and took upon themselves the task of mapping out the streets, roads, buildings and camp sites in Nepal in such a way that reliable information about what lies on the terrain is readily available to those on the ground.

The ongoing project is being led by the Humanitarian OpenStreetMap team which also mapped the areas affected by the Haiti earthquake and tsunami of 2010 along with Mapbox, an Indian organisation working on open source mapping and crowdsourcing. So far, over 2200 people have contributed to the project and almost 13,000 miles of roads and over 1,14,000 buildings have been mapped by contributors working remotely from all parts of the world.

“Those on the ground have a dire need of reliable directions and guides such as tagged maps which depict affected areas according to the terrain,” said Sajjad Anwar, a Bangalore based hacktivist leading the project in his city through Mapbox. “What we are trying to do is analyse the basic Satellite imagery and add indicators which are relevant to those trying to move goods but don’t know if the road ahead is a dust trail or a cement road fit for larger vehicles.”

How does information flow to the developers sitting far removed from the epicenter of the earthquake? “We are collaborating with many on ground organisations such as Red Cross and Kathmandu Living Labs which are providing us key information from the ground zero and helping us virtually navigate the affected regions and make sense of what we see on the internet. Once we are sure if a certain point is a residential building or a tower or a school, we put it on the map and subsequently make it clear for others.”

The need to re-map the affected areas arises because existing maps are not detailed or customisable enough. Also, lack of electricity and connectivity makes the digital mapping services such as Google Maps infeasible and that’s where his group had a breakthrough. 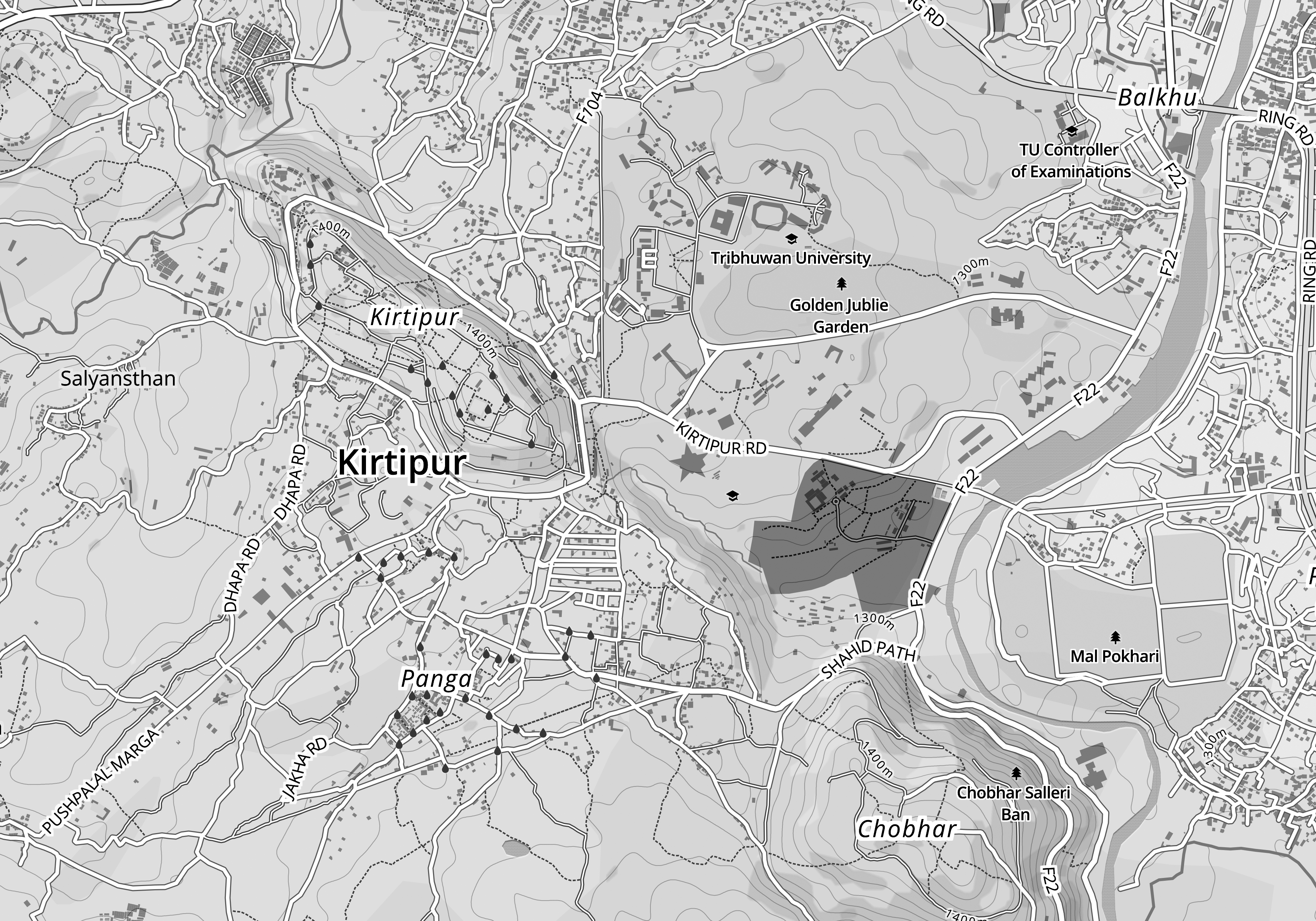 “We work through various media to ensure that maps are accessible at all times,” said Anwar. “There’s an app which downloads maps when online and makes them available offline as well. So, a Red Cross aid worker or a soldier from the Nepalese Army driving through the terrain could just put the map in his GPS device once and use it offline for a journey.”

What if there’s new information that needs to be updated? The maps are updated almost every half-hour and these updates are lined up to be downloaded as soon as there’s connectivity.

Moreover, the group decided to print the completed maps as well to allow those without devices or apps to use them. “In real life situations, printed maps work best because you are not dependent on your device which could run out of battery any time,” Anwar said. “We arranged for the maps to be printed and transported to the airports where many teams picked them and carried them on the trail.”

Two maps are better than one

The task of mapping a vast area of Nepal from scratch is no easy deal but the team found headway in the form of maps created five years ago by various volunteers in response to other instances of earthquakes in the country. Over 3,960 miles of roads and 1,80,000 buildings were previously mapped from where the current project picked up.

“There were some maps to begin with and then we started analysing images from satellite views available online,” said Guneet Narula, a New Delhi based programmer who is coordinating the initiative in the city. “There are many tasks which need to be done and hence, volunteers across the world are working on creating, adding, and validating roads, buildings, parks and trails on these maps.” 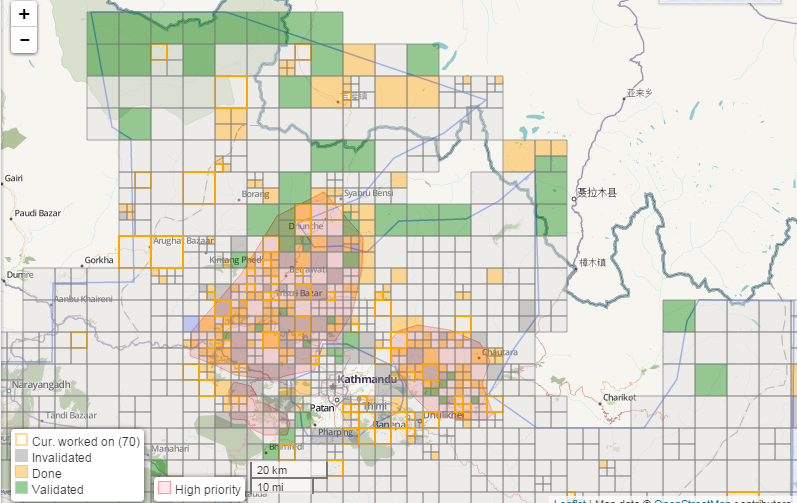 The image above is a screenshot of the workspace a contributor is greeted with on signing up with the OpenStreetMap software. For instance, areas in yellow were completed by volunteers which will then be checked and validated by experienced mappers before turning green as validated updates which will be pushed out to the final map.

The community is also organising camps where interested volunteers can come with their devices and seek help of the existing volunteers to get started. The camps are currently being organised in Bangalore and Delhi as those working on the project claim that even a novice internet user can start contributing in just 15 minutes.

Narula said that the campaign will go on for at least another week till all major areas have been mapped and updated. “Right now, contributors are pouring in from all over so its hard to keep track of the numbers, but there’s a lot to be done so everyone is welcome to come and contribute.”