Contribute Now
Ad
Comparisons with foreign universities rarely spell great news for Indian varsities, and so it was this year too. In the QS World Universities Rankings released last month, no Indian university made it into the top 100, although some individual departments did meet the mark when it came to subject-specific lists. Among these winners predictably were the Indian Institutes of Technology, receiving approval for subjects ranging from materials science to arts and design.

In popular imagination, the IITs have occupied a space of uncritical admiration. But as it turns out, they are struggling with the same problems, of infrastructure deficiencies and faculty shortage, as other Indian universities.

A parliamentary panel on human resource development recently underlined the persistent faculty shortage across IITs. Its report, tabled in Parliament last month, observed that more than 2,500 positions are lying vacant across the institutions. They have, at present, over 68,000 students but only 4,308 teachers, leaving the teacher-student ratio at a whopping 16:1.

It is worth noting that the recommended student-faculty ratio for the IITs, according to the Human Resource Development Ministry, is only 10 students per teacher. 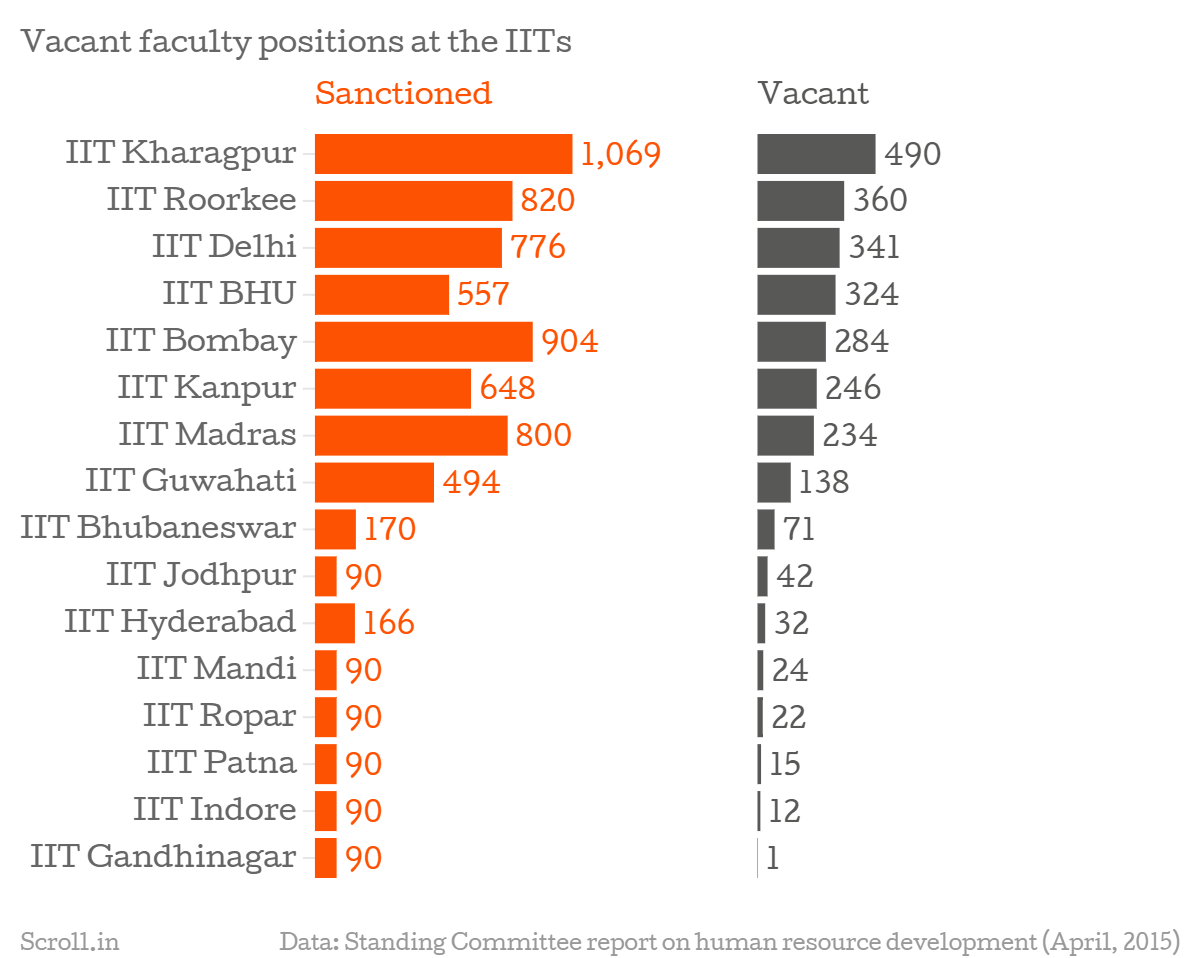 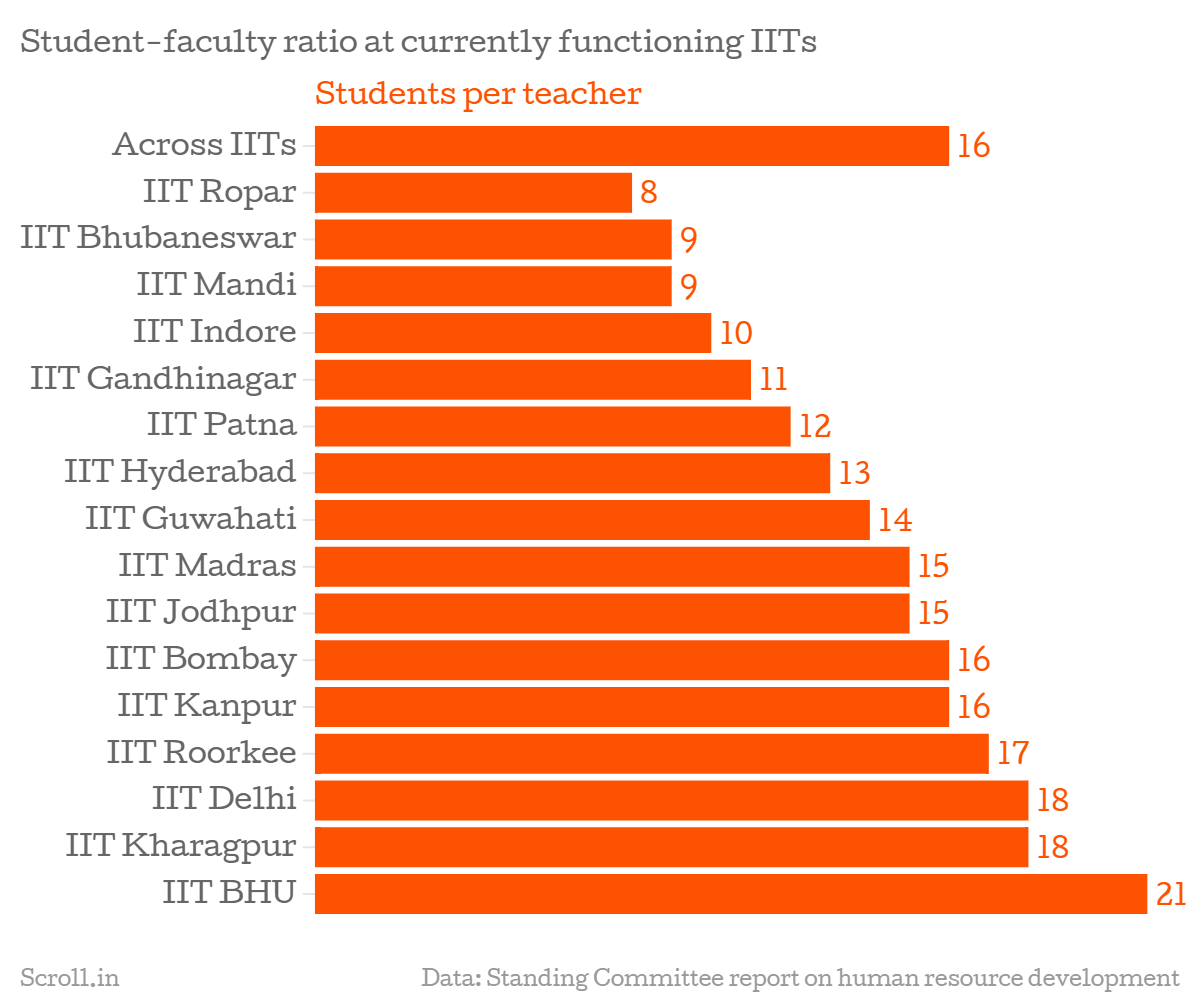 What’s worrying is that the IITs have a history of not being able to hire enough teachers to match the increasing inflow of students. As per the latest numbers, even the respected IIT-Delhi, IIT-Roorkee and IIT-Bombay are falling behind on this count.

Many attribute these shortages to lack of incentives, inadequate salary and a lengthy recruitment process, and unless these are fixed, the deficit is only going to get worse.

The situation is grim, notes the parliamentary committee, despite initiatives such as “Operation Faculty Recharge”, aimed at improving research opportunities for teachers and allowing them to pursue further education.

“Right from well-established Central Universities to those set up recently, State universities as well as private universities, premier institutions like IITs, NITs and IIMs, this problem has emerged as the biggest handicap for the development and growth of Higher Education vis-a-vis maintaining the quality of education,” said the parliamentary committee’s report. “Situation continues to be grim with no improvement foreseen in the near future.”

On offer at private Indian universities are heated pools, beauty salons and malls