Contribute Now
Ad
A searing heatwave has hit large parts of India with parts of Telangana and Uttar Pradesh seeing temperatures as high as 48°C. More than 600 people have been killed by the heat this summer, as per news reports.

At these temperatures, chances of a heatstroke, a possibly fatal illness which results from the overheating of the body, are high for people outdoors.

Andhra Pradesh, the state most affected by this heatwave, has seen 42 deaths from heatstroke alone. Following the death of two taxi drivers in Kolkata, also from heatstroke, taxi unions have decided to shut down cab serviced between 11 am to 4 pm.

Governments in India, though, seem to have learnt little from past heat-based natural disasters. The Central government and the National Disaster Management Authority have not put in place preventive measures for the summer nor do they have any curative plans lined up after the large number of casualties. The union home ministry has not even declared a heat wave as a “national disaster”.

This inaction is matched by state and local governments. Chandrababu Naidu, chief minister of the worst affected state, Andhra Pradesh has not gone beyond offering his personal advice to for people going out into the sun to take preventive steps in order to prevent heat damage.

The one exception to this general trend of government inaction, though, is Ahmedabad, where the city’s municipal corporation has taken concrete steps to prevent deaths and injury due to heat exposure. Starting from assigning different alerts for different levels of heat to a mapped out action plan to save lives on the ground, the Ahmedabad Municipal Corporation has had a comprehensive Heat Action Plan in place since 2013.

Currently, Ahmedabad is the only city in India to have a operational heat alert system. The plan was developed by the Ahmedabad Municipal Corporation, the Indian Institute of Public Health, the Natural Resources Defense Council (a non-governmental organisation based in New York) and the Georgia Institute of Technology (an American university).

The Heat Action Plan is a four-pronged strategy. The first involves a communications outreach which informs people about the risk of heat illness and preventive measures to take. This year, new media such as mobile messaging service, WhatsApp, will also be used to as a dissemination channel along with more traditional means such as posters and inter-personal communication. 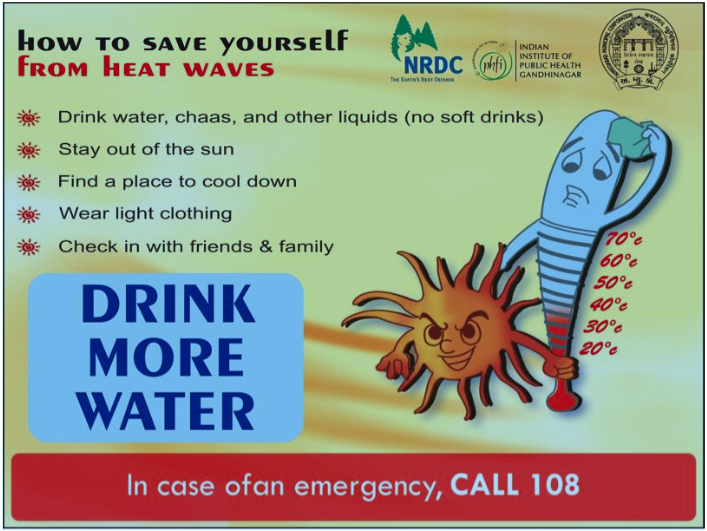 The second involves a warning system in the case of a heatwave with actionables mapped out for various governmental agencies. 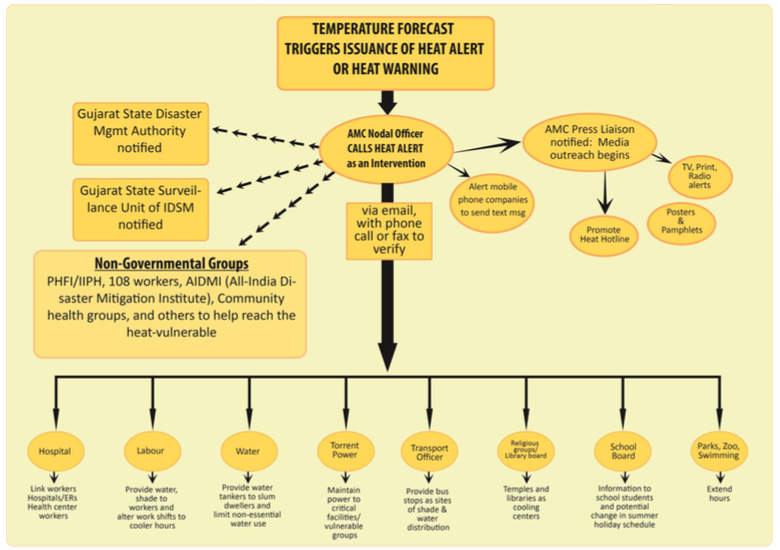 Governmental strategies to combat excessive heat are the global norm. After the 2003 heat wave in France, which killed almost 15,000 people, the French government formulated a heat health watch warning system, a nationwide system of combating heat illness in case of abnormally hot weather. One study estimates that during the 2006 heat wave, 4,400 deaths were avoided as a result of this system being in place.

The UK and Australia also have heat warning systems in place.

India’s current heatwave is predicted by the Meteorological Department to go on for a few days more, which would lead to hundreds of completely avoidable deaths simply because India’s governments do not have any systems in place to warn of heat waves or fight heat illness.