Contribute Now
Ad
Ever since flash floods wreaked havoc in the Garhwal Himalayas in Uttarakhand two years ago, life has never been the same for those whose livelihood depend on the Kedarnath pilgrimage. They’re still recovering from the losses they suffered in the deluge, although there is a small measure of relief that pilgrims are returning to the state, even if in smaller numbers than before.

The floods that hit the region following incessant rains and a cloudburst between June 15 and 17 in 2013 killed thousands and caused economic damage worth thousands of crores.

There are still tell-tale signs of that disaster all along the route between Rishikesh and Sonprayag, from where the arduous trek to the Kedarnath temple begins. While the 200-km plus stretch has almost entirely been made motorable by the Border Roads Organisation, reconstruction work still continues in towns such as Srinagar, Augustmuni, Tilwara, Ukhimath and Guptkashi.

Pilgrims too are slowly trickling back in. The inflow of tourists to Kedarnath, one of the 12 Jyotirlinga shrines located at a height of 3,581 metres from the sea level, has more than doubled from last year. But these figures are still nowhere near the pre-2013 era.

In 2011 and 2012, over 5.71 lakh and 5.83 lakh pilgrims visited the Shiva temple built over a thousand years ago. This fell to 3.12 lakh in 2013 before the yatra was halted mid-way due to the floods. Last year, just 40,832 pilgrims reached the shrine, which was then far from ready for visitors as the government authorities were struggling to clear the debris and rebuild trekking paths. This year, over 97,000 people have visited Kedarnath so far, and this number could double by the time the pilgrimage ends in October.

On this uneven road back to normalcy, there are signs that people are still hopeful of finding their loved ones. In Kedarnath and major towns and villages along the pilgrimage route, posters have come up with pictures of those who went missing in the 2013 floods. Some of these have been put up by people from as far as Rajasthan and Uttar Pradesh, reminding visitors and the authorities that the final toll is yet to come. While the government put the toll at around 5,700, locals who saw the tragedy unfold put it at over 15,000. 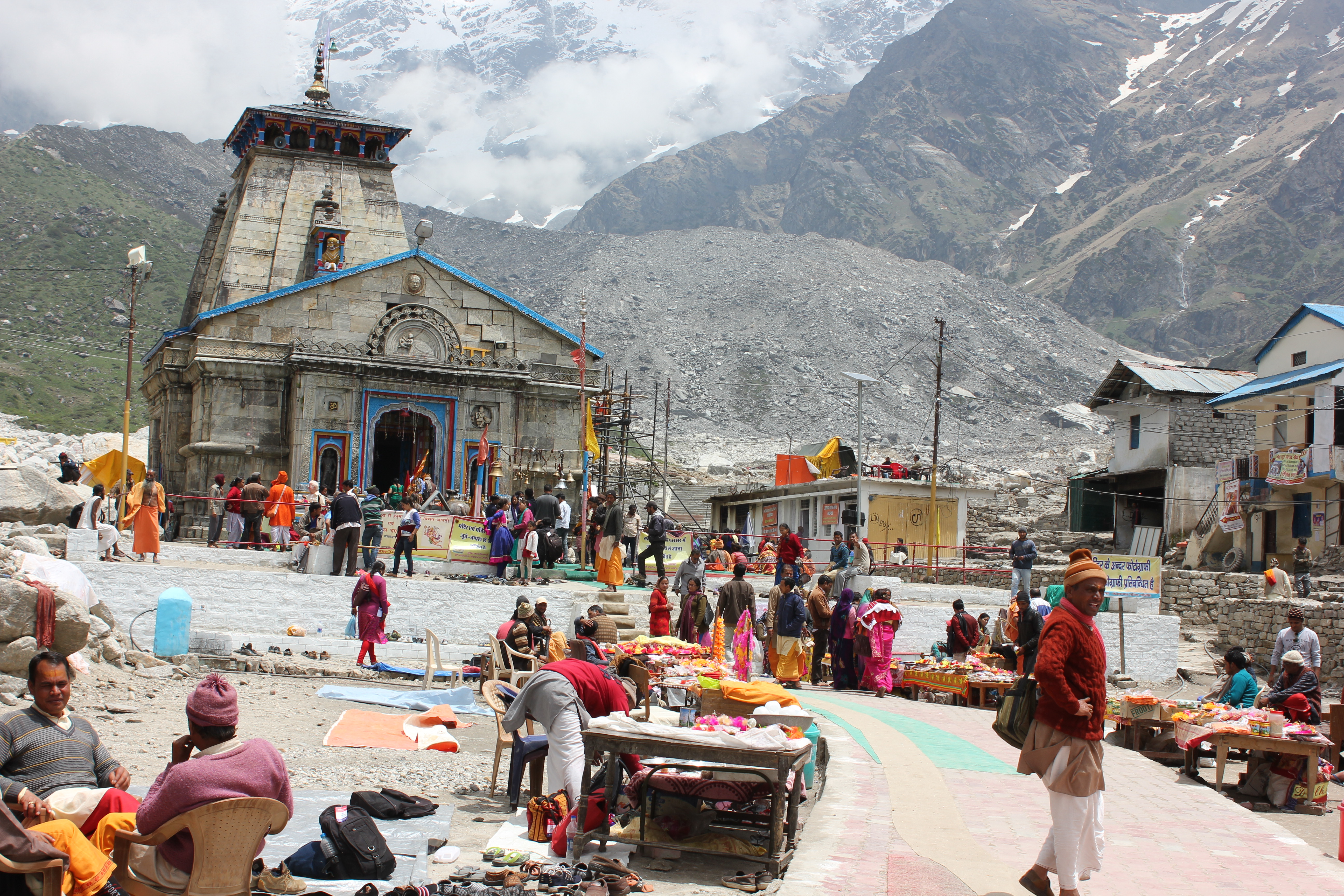 “It will take at least another couple of years before the stream of visitors to the Kedarnath shrine is back to its original form,” said Vijay Prakash, one of the priests at the shrine. “It is due to the government’s efforts to build basic infrastructure at the Kedarnath township – by putting up tents and medical facilities – that people have started coming back.”

Prakash explained that visitors are still reluctant to trek to the shrine, because of which helicopters have become the preferred way to travel. In a helicopter, a round-trip to the shrine takes less than three hours. There are 10 companies that provide chopper services to Kedarnath and the government operator Pawan Hans even has a charter flight from Dehradun.

The state government has been providing all necessary information to pilgrims so that they can approach the appropriate authorities in an emergency. Detailed handbills are being distributed during the biometric registration of visitors, detailing the medical centres and relief and rescue units that have come up along the yatra route to all the four dhams at Badrinath, Kedarnath, Gangotri and Yamunotri. Along the Kedarnath route alone, there are now four places where biometric data of pilgrims is being collected and their medical tests conducted. Eleven ambulances have been provided along the Kedarnath route, and 12 medical relief points set up on the 21-km trekking route with accommodation for the stay of pilgrims and tourists in case the yatra is stopped due to bad weather or any other emergency. 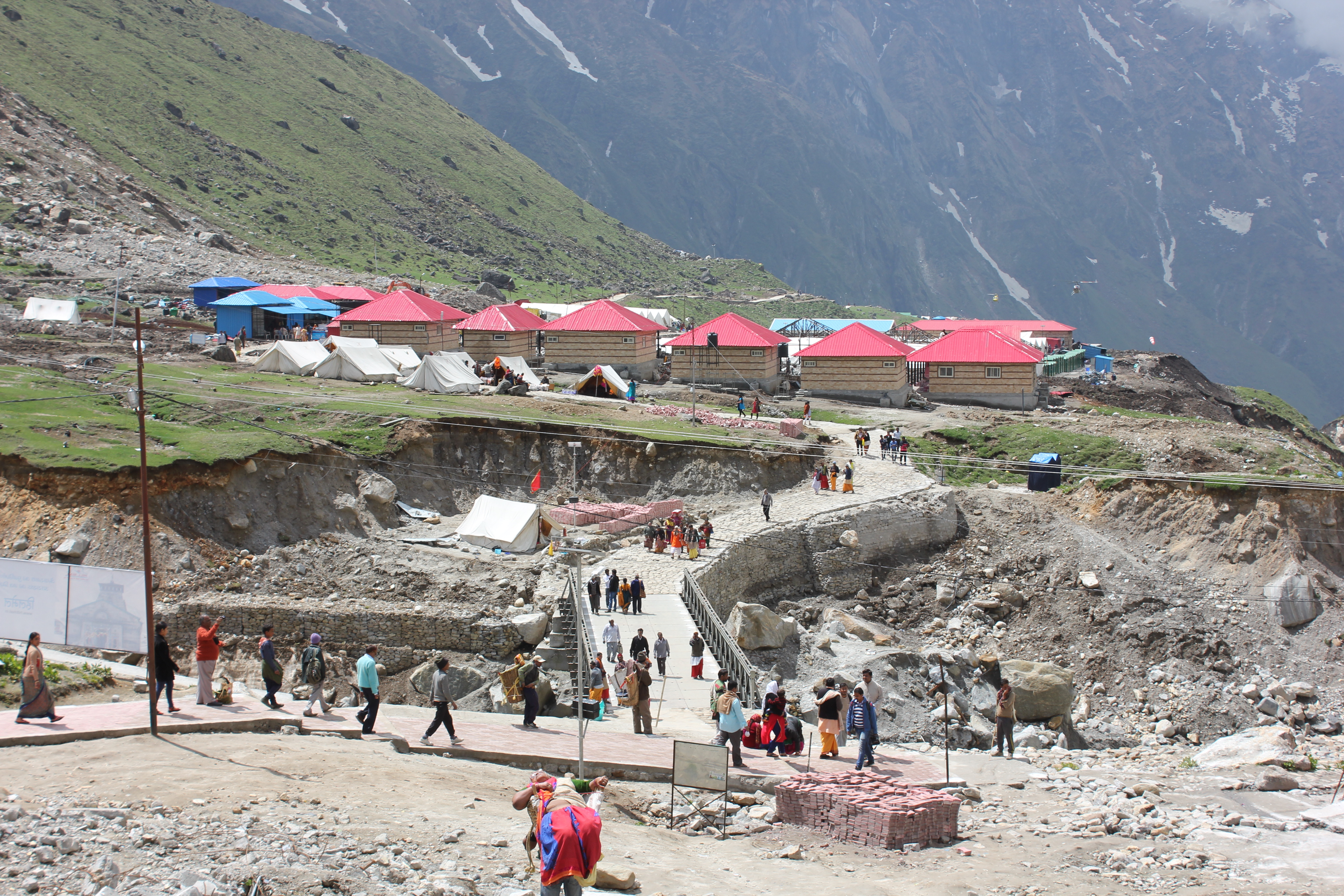 While the pilgrimage is coming back on track, people who lost family members are still coming to terms with the tragedy. In village after village in the Kedar valley, residents fell prey to nature’s fury. Many of them used to do odd jobs in Kedarnath and along the yatra route, from serving as priests or porters to working in shops and eating joints.

In the Ukhimath Tehsil alone, 584 people lost their lives and 296 women were widowed. Though the government gave them monetary compensation and several non-governmental organisations came forward to help the women, the void created by the departure of their partners remains.

“There are several young widows in their twenties and early thirties, but social mores are such in our close-knit society that remarriage is out of question,” said Keshav Tiwari, former pradhan of Divli-Bhanigram, which became known as the “village of widows’’ after 32 women lost their husbands. “They will be forced to live a lonely life with just one aim – to see their children settle down well in life. This has now led to several widows moving to cities like Dehradun, Roorkee and Haridwar from these remote locations so that their kids can get quality education and they can do odd jobs.”

The widows of Divli-Bhanigram are particularly thankful for the support of NGO Sulabh International. The non-profit is giving them and their kids a monthly stipend besides running a vocational training centre for them and a computer centre for the village’s kids. “But others are not that lucky as the government seems to have conveniently forgotten them,” Tiwari added. “No major initiative has been announced by the government and it is the strong social support system, which still prevails in this part of the world, that is helping them survive.”

The prolonged wait: Kashmir lives on in the hearts and minds of Pandits