Become a Member
Ad
India may be safe from Greek contagion so far but it was not always so. In India, we like to tell the story of Alexander the Great's failed campaign to India in 328 BC. Yes, he was Macedonian. That didn't stop him from ruling Greece, Egypt and a sizeable part of Asia. He left behind Greek forces in India, establishing the first Hellenistic populations near the Ganges and opening up the east to Greek immigration.

Then around 180 BC, a Greco-Bactrian king, Demetrius, is believed to have invaded India. It was the start of what would come to be known as the Indo-Greek kingdom, a cluster of dynasties that would cover the northwestern parts of the Indian subcontinent for roughly the next hundred years, before they started losing their territories to the Sakas. The last Indo-Greek king died in 10 BC. But long after the Greek kings left, the memory remained.

Their system of coinage was adopted by contemporary Buddhist kingdoms. Kings also followed Hellenic fashions in numismatics, such as having themselves represented in profile on coins, with  legends, which carry the year of minting and other details, in Greek characters forming a halo around their heads.

The Greek language continued to appear on coins during Kushana rule, from 1 to 4 AD, and the Greek script appeared for centuries afterwards.

But the most lasting traces would remain in the Gandhara schools of art and sculpture, where Buddhist and Hellenic traditions merged.Much of the Hellenic influence in the Gandhara school is reflected in statues of the Buddha. The earliest ones, in fact, may have been idealised versions of King Demetrius himself. Some historians have placed these early statues in the western tradition of representing the man-god in human form, much like the gods of Greek mythology. 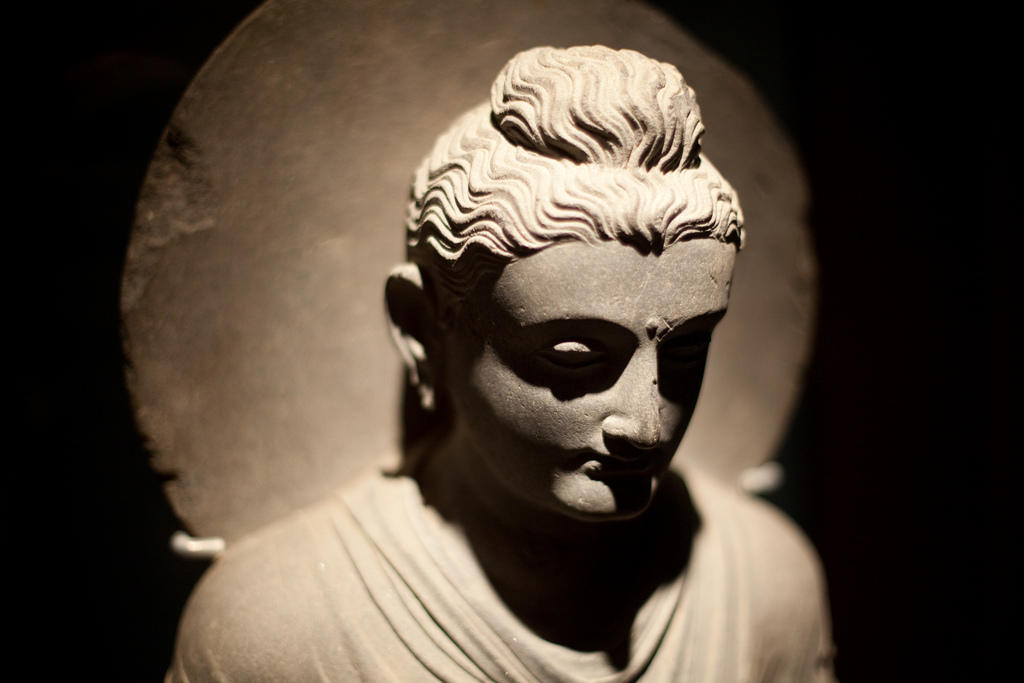 The Buddha of the Gandhara school has wavy hair and a long nose set in an oval face. The drape of his garment recalls the togas of Hellenistic sculpture, the divine figure often acquires humanistic details such as jewellery and a moustache. Since these were among the earliest anthropomorphic images of the Buddha, the Gandhara school has been influential in how he came to be depicted. 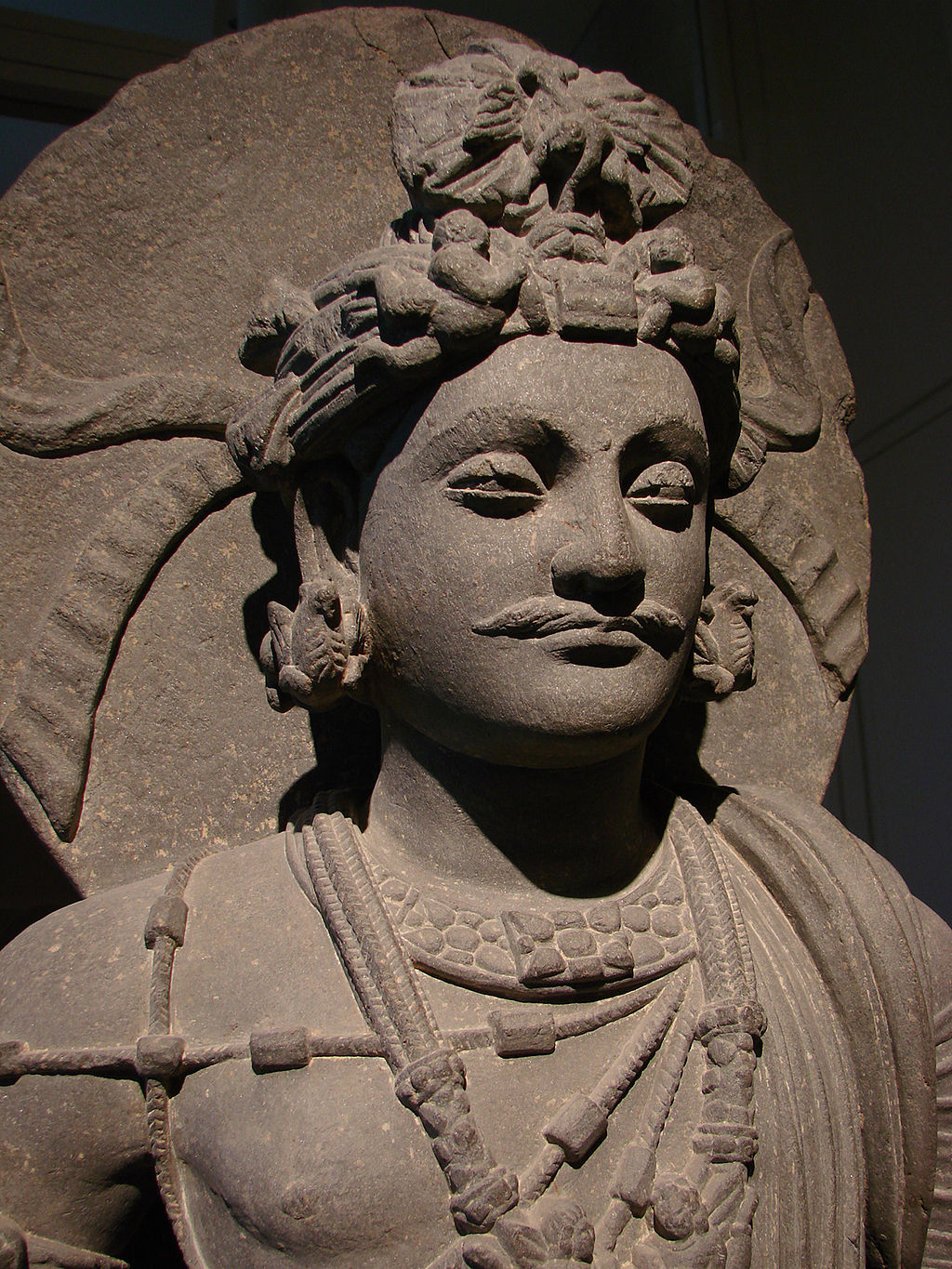 Figures from the Greek pantheon appear alongside statues of the Buddha, often flanked by Corinthian columns and mounted on friezes. The walls of stupas were adorned with flowers, fruit trees and ropes of leaves. So the landscapes and flora of distant lands bled into the imagination of the subcontinent. Some of the Dionysian elements are later repressed. The drinking scenes common in the Parthian era soon disappear, for instance, with glasses being replaced by lotus flowers. 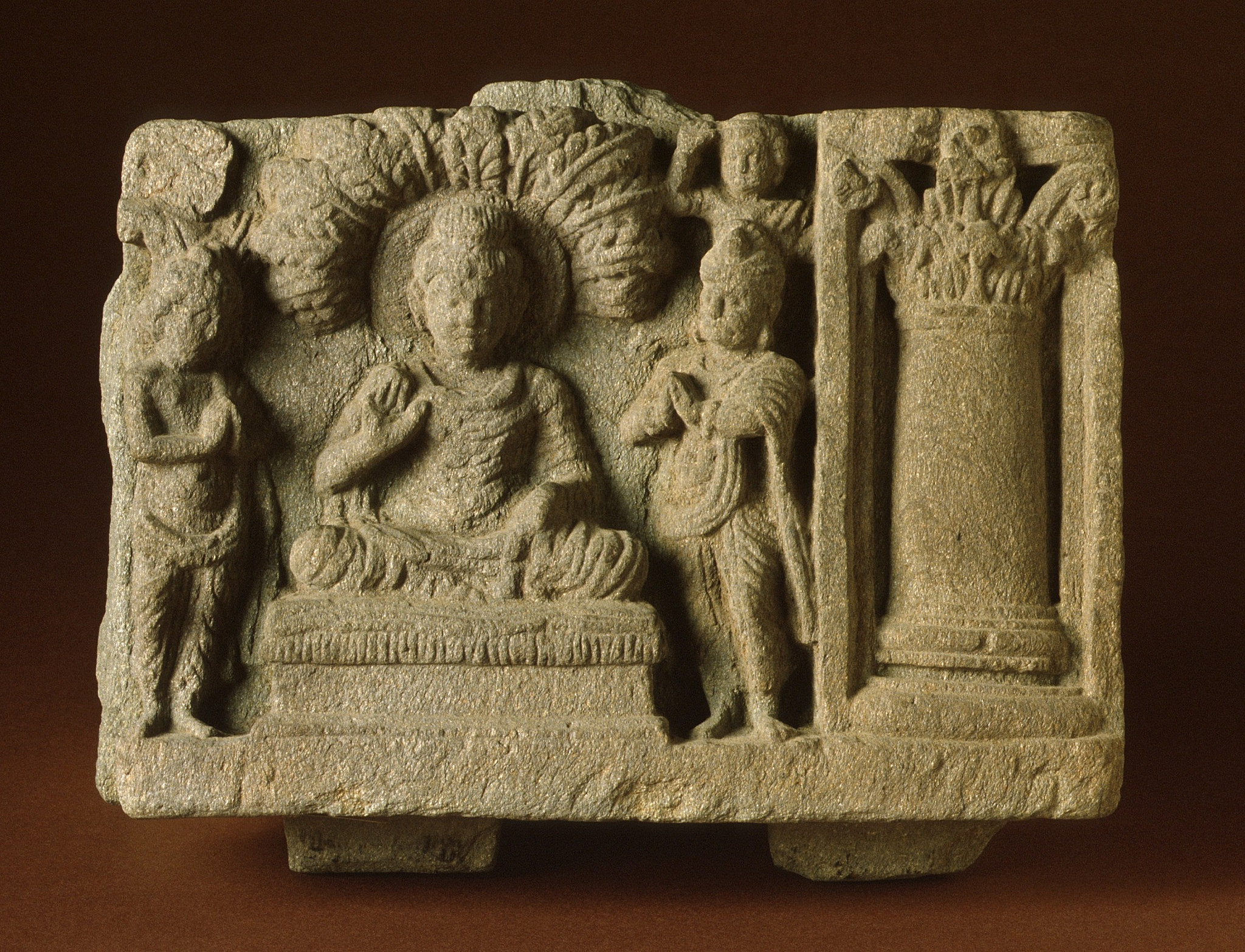 But it was not just the drape of a garment, a gesture or a cast of countenance that the Greeks left behind. It was also something of a worldview. Older forms of Indian art had not bothered with chronology. There, forms and figures crowd the frame, almost like lush, natural growth.  The sculptures of the Gandhara school, in contrast, inhabit sequential narratives. Greek telos, or the logic of events tending towards a goal, seems to have entered the coded, teeming landscapes of the East.

In ancient Athens, the ultrarich often paid more tax than they were due – and then boasted about it