Contribute Now
Ad
The first time I ever wondered about the identity of a musician in a song sequence in a Hindi film was while watching ‘Kashmir Ki Kali’ as a child on Doordarshan. The film was in gorgeous Eastman Colour, but was wasted on a stolid black-and-white TV set.

A heartbroken Shammi Kapoor heads to the bar. A man starts playing a sad tune on a saxophone. An inebriated Kapoor breaks into a soulful song. The man joins in on the sax. I must have been around 12 years old then, but I knew it was the great Mohammed Rafi singing for Shammi Kapoor. It was only years later, however, that I learnt of the anonymous saxophonist’s name: Manohari Singh. 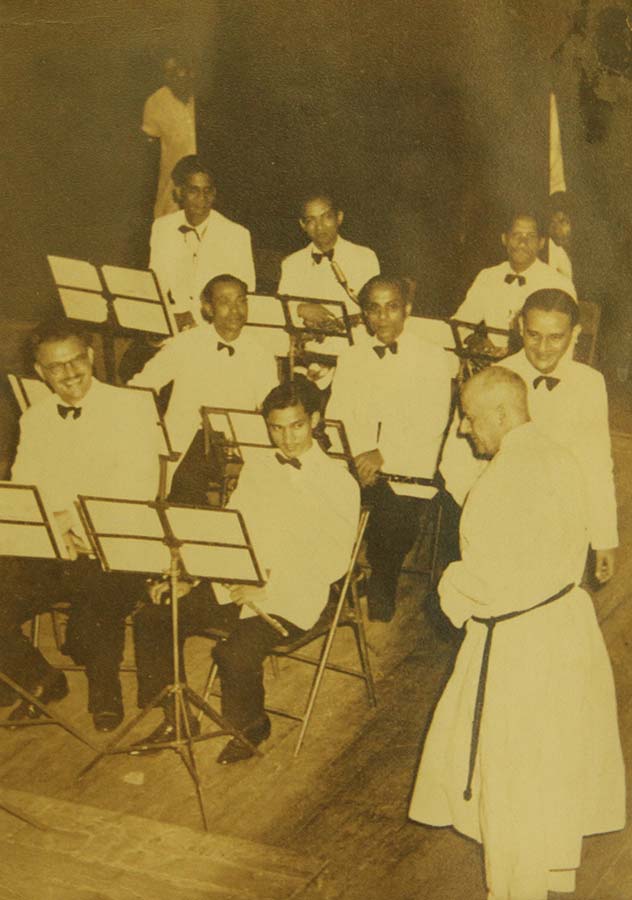 Manohari Singh seems to have been always destined to become a wind instrumentalist. His grandfather played the trumpet in an army band. His father joined the police band, where he played the flute, clarinet and bagpipe. Growing up, a young Manohari found all these instruments lying around in the house. It didn’t take long for him to start playing them. By the time he was 14, he had already played on All India Radio.

His maternal and paternal uncles also played in a brass band in Batanagar, a small town near Kolkata named after the shoe factory there. Manohari started playing in that band at an early age. The conductor of the band, an East European named Joseph Newman, took an active interest in the boy and helped him hone his skills. In 1945, when Newman joined HMV as a conductor, he took the teenaged Manohari and his uncles with him. 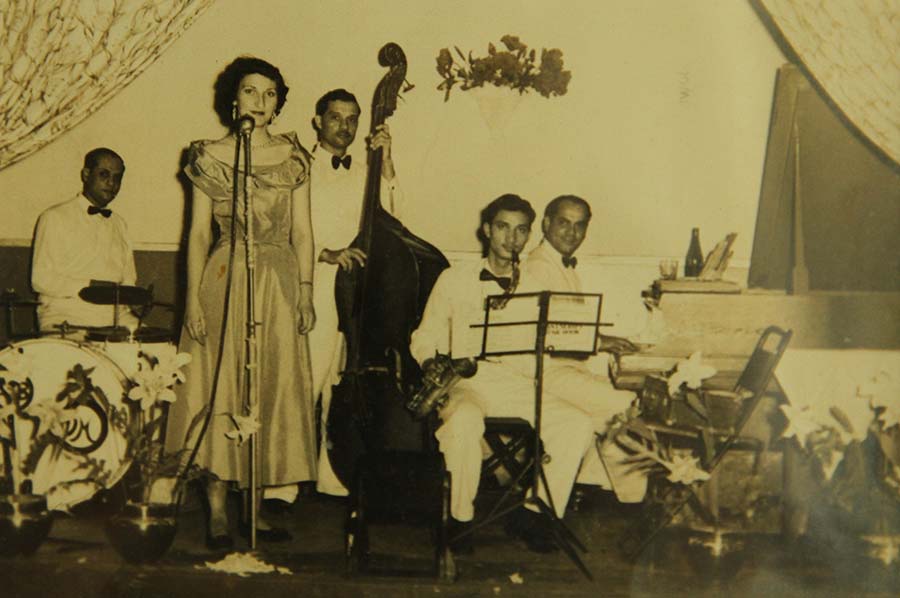 Kolkata (Calcutta back then) in the mid-forties was buzzing with musical activity. The HMV studio complex in Dum Dum was home to some of India’s top artistes. When he was not recording at HMV, Singh played the flute and piccolo with the Calcutta Symphony Orchestra. And in a move that was to have massive repercussions for Hindi film music, he started playing at various nightclubs. It was here that he first began playing the saxophone.

The end of colonial rule drastically changed Kolkata’s cultural scene. A large section of the nightclub clientele, who were largely European and Anglo-Indian, left the country. Many musicians followed suit, including Joseph Newman, who left HMV and moved to Australia in 1952. The film industry was badly hit as Partition caused the market for Bengali films to shrink. Consequently, many from the Kolkata film industry moved to Mumbai. 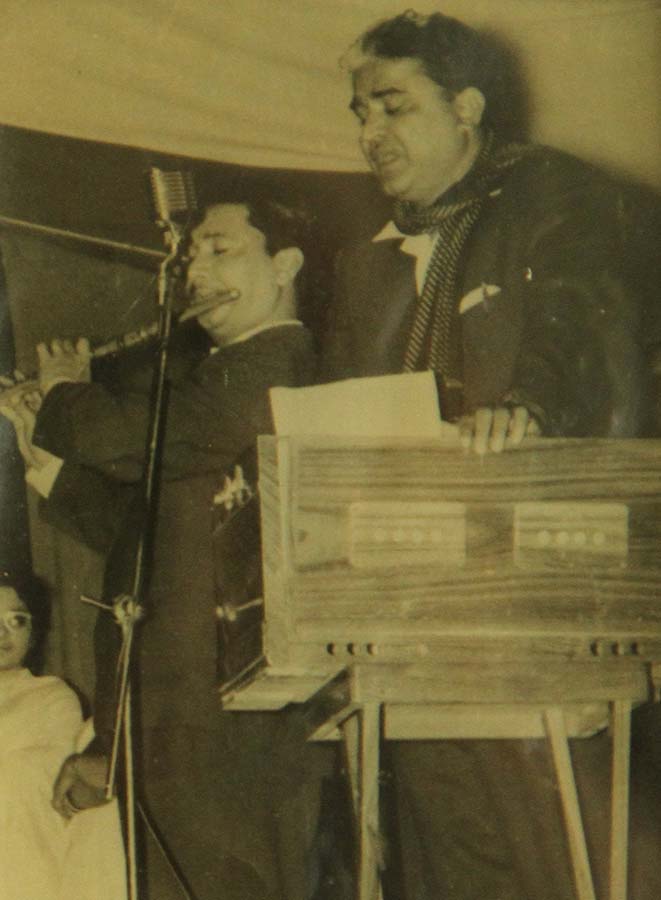 Manohari Singh made his move westwards in 1958. Work was not difficult to find in Mumbai. SD Burman asked him to play for the background score of ‘Sitaron Se Aage’ (1958) and then in his subsequent films. But it was this super-hit song in Kalyanji Anandji’s ‘Satta Bazaar’ (1959), in which he played the saxophone solo, which caught everyone’s attention.


Manohari Singh plays both the flute and the saxophone on this Salil Choudhury classic.

Soon, he was playing for Shankar-Jaikishan, OP Nayyar and all the other top music directors. He also started arranging for SD Burman along with an old friend from Kolkata, Basudev Chakravarty. The two of them hit it off with the composer’s young son, so when Rahul Dev Burman decided to branch out on his own, Singh and Chakravarty, along with percussionist Maruti Rao Keer, became the core of the team that would redefine Hindi film music. 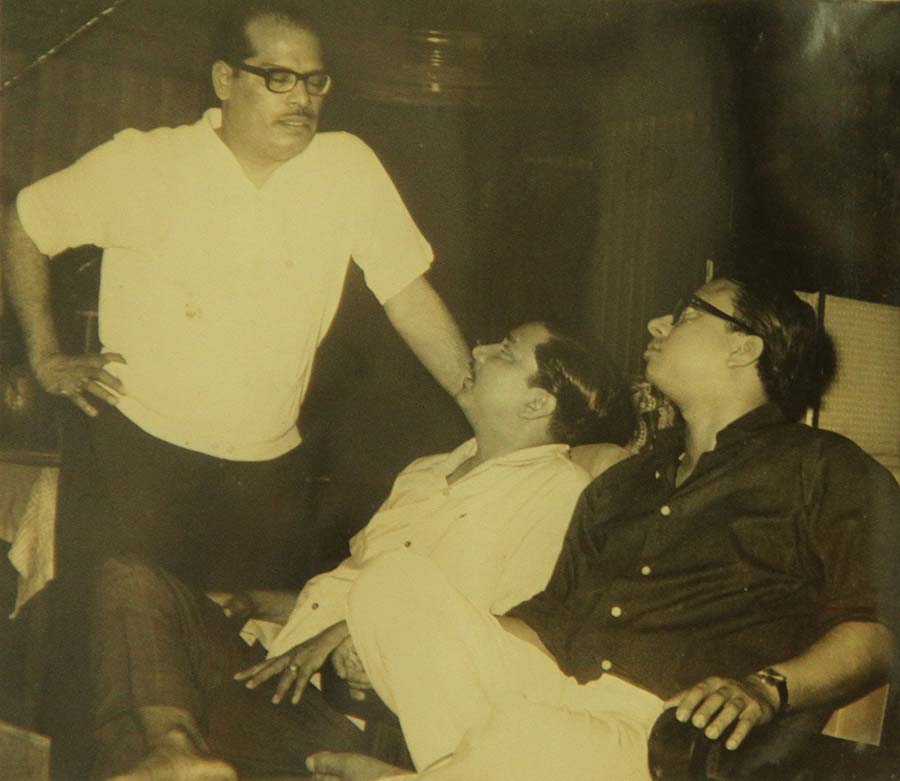 All this, of course, left him with little time to spend with his family. “It was our mother who brought us up,” said his son Rajesh, echoing the sentiments of a whole generation whose fathers played in the orchestras during what’s termed the Golden Era of Hindi film music.

Rajesh, now a successful keyboardist and programmer, remembers accompanying his dad to Film Centre during school vacations: “They had almost this ritual kind of thing. Ranjit Gazmer and Santosh Singh [both percussionists] would arrive in the morning in a taxi. The taxi driver was a man named Fernandes. Dad would get into the cab and then they would all head towards Tardeo. On the way, they would pick up some musician or the other, usually the violinist Ashish Roy.” 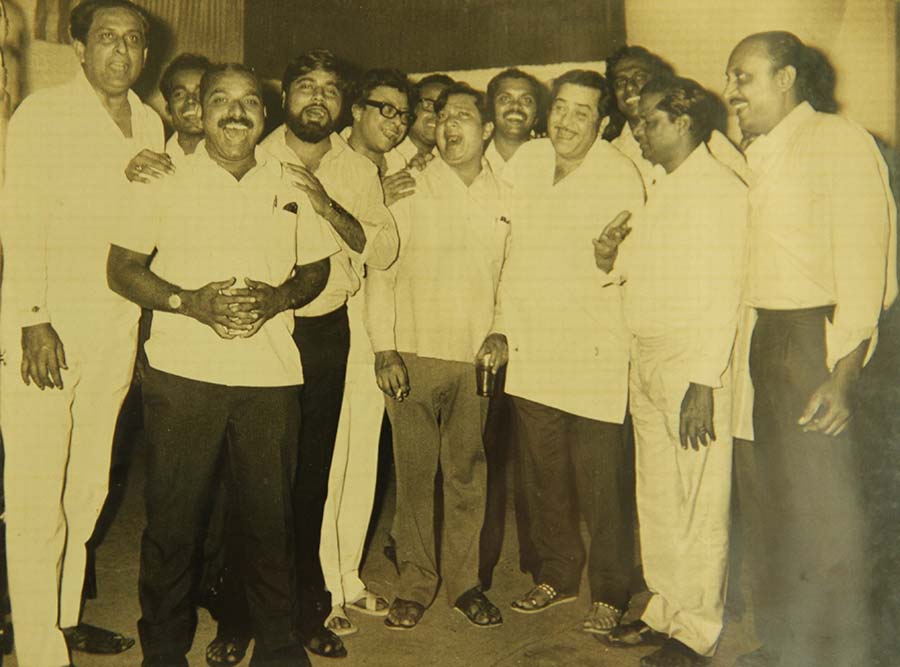 In the studio, Rajesh would follow his dad as the latter moved among the various sections -- rhythm, wind, string -- rehearsing the piece to be played. “Even if a violinist somewhere back in the third row struck one off-key note, he would pick up on it, and give the guy a dressing down,” recalled percussionist Homi Mullan. Violinist Uttam Singh had nicknamed him ‘Soldier’.

Those were the days when a 100-piece orchestra played together and a single mistake from even one musician would require a re-take. Rajesh recalled an incident that left him flabbergasted: “Dad was conducting; he also had a saxophone slung around his neck. At one point, he walked to a mike, picked up a flute and played a flute solo. Then he quietly walked to another mike and played the saxophone. Then he coolly walked back to his original position and continued conducting!” 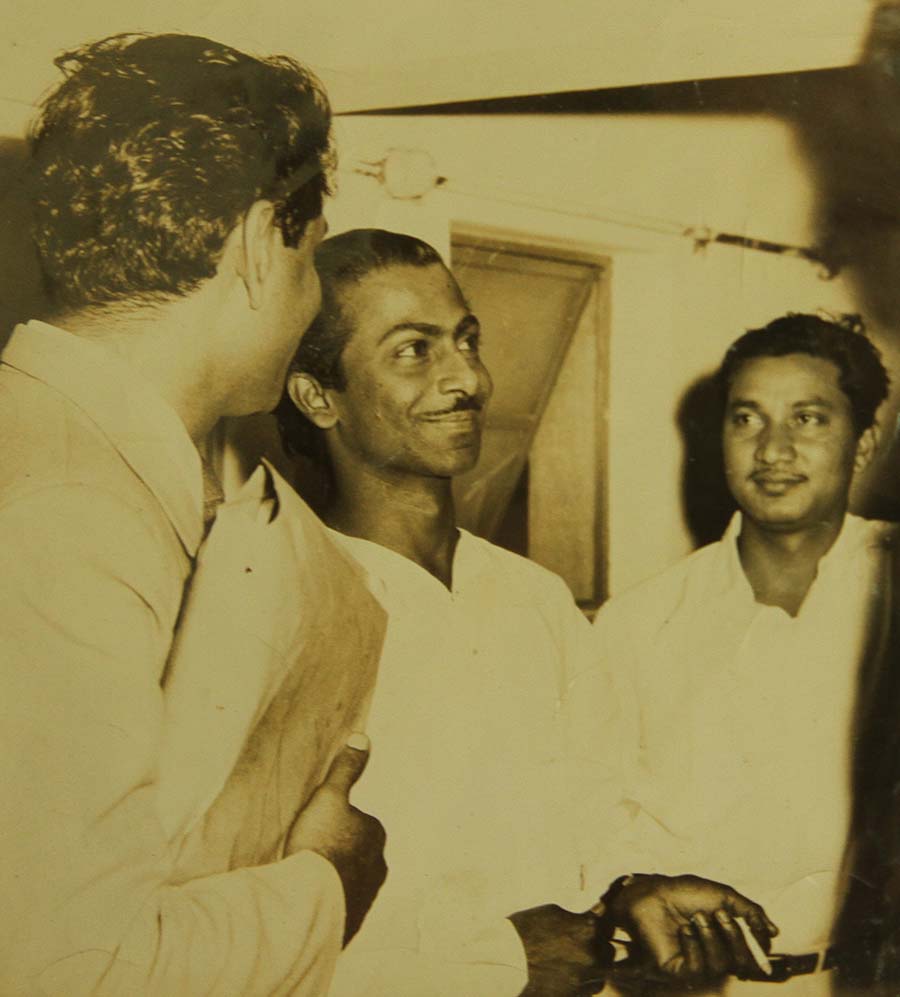 Manohari Singh and Basudev Chakravarty also composed music for a handful of films. But becoming an independent music director never seems to have been on the agenda. “He was a very simple man, not business-minded at all. He was happy playing,” said his daughter, Dolly. In the last decade of his life, Singh played in a large number of public concerts, despite failing health. “He was on dialysis for the last three years of his life,” said Dolly, “but he sometimes played for hours after undergoing one. I remember when he received the Radio Mirchi Award for Outstanding Contribution to Hindi Film Music [he was the first recipient of this award], he went to the hospital in a suit, and from there to the venue to collect his award. His doctor used to give his example to all the other patients.” 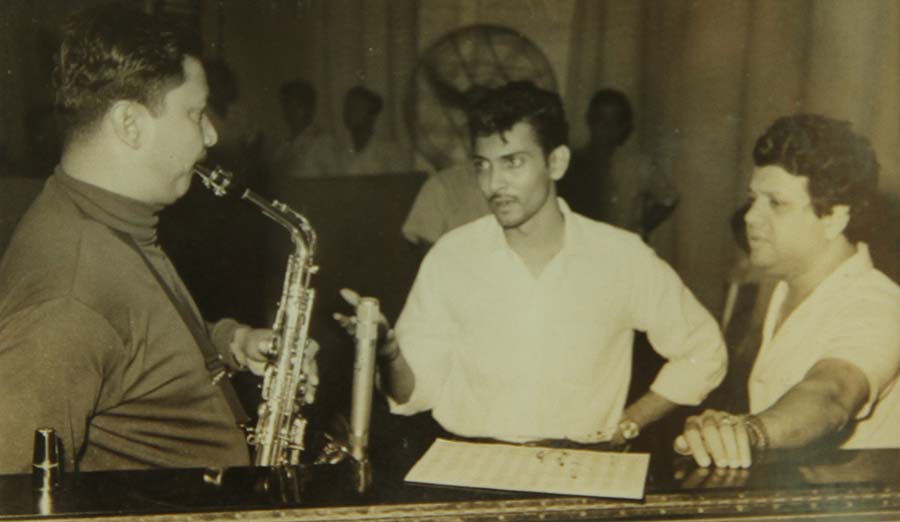 Five years ago, when Manohari Singh passed away, almost all of India’s leading newspapers carried obituaries on him, as did the UK newspaper The Independent . While all these articles mentioned his long association with R D Burman as an arranger, it was his artistry on the saxophone on which they largely focused. This was incontrovertible proof that Manohari Singh had achieved the seemingly impossible : he had overcome the anonymity that is the fate of even the most gifted of session musicians who have worked in Bombay’s film orchestras.