Contribute Now
Ad
If filmmaker Saeed Mirza had chosen to extend his three-year term as chairperson of the Governing Council of the Film and Television Institute of India, Gajendra Chauhan would perhaps have continued to be best known as the actor who played character roles in B-movies and the Pandava prince Yudhisthira in the television series Mahabharata. The strike that has paralysed the Pune film school following Chauhan’s appointment by the Information and Broadcasting Ministry as Mirza’s successor might not have taken place, and the more urgent business of setting right the institute’s many long-standing problems might have been attended to.

Mirza’s term ended on April 30, 2014, and he didn’t seek an extension.  “After my term ended, there was silence, and I assumed there was no offer,” said the 72-year-old filmmaker during an interview. In any case, he would not have sought an extension, since the chairperson’s post is hardly ceremonial, and involves a great deal of involvement and hard work from the appointed person. “By and large, the chairperson of the Governing Council determines the overall policies of the FTII,” said Mirza, who is an alumnus of the 1976 batch. “I used to travel to Pune two or three times a month. The chairperson decides the infrastructure and the syllabus. You are given broad guidelines under which to work, which means that you can do a lot of damage if you wish to.”

The biggest objection to Chauhan’s appointment is his lack of qualifications for the job. Actor, Bharatiya Janata Party supporter, and former Central Board of Film Certification chief Anupam Kher is the latest personality to weigh in against Chauhan, who was reportedly chosen over Kher and such FTII-trained filmmakers as Jahnu Barua. Kher has declared that the country’s most prestigious film school “needs somebody who is much more qualified than whatever Gajendraji’s qualifications are coming across”.

A delegation of students and eminent FTII alumni such as director Girish Kasarvalli, sound designer and producer Resul Pookutty, and film editor and director of the LV Prasad Film and TV Academy in Thiruvananthapuram Bina Paul Venugopal met the Information and Broadcasting Minister Arun Jaitely in Delhi recently to arrive at a solution. Reports suggested that Jaitley promised the delegation that the government would take a serious view of the students’ concerns, but there were no written assurances, nor were there any signs that the government would defuse the situation by swallowing its pride and rescinding Chauhan’s appointment. Chauhan has declared that he will not step down.

A hands-on chairperson, as Mirza says he was, can tinker with the institute’s functioning in serious ways. Among the demands voiced by present and former FTIIans and pushed by Mirza during his tenure was the designation of the institute as a Centre for Excellence, which can boost the institute’s academic and infrastructural requirements.

Been there, heard that

Mirza said he was not entirely surprised at the sorry turn of events at the FTII. “I’m not sure I feel déjà vu, but this decision [to appoint Chauhan] reveals an attitude towards educational institution and an agenda that appears to be political,” said the filmmaker, who participated in a public protest in Mumbai in favour of the striking students. ”I have nothing against this gentleman [Chauhan], but along with him, there have been other appointees who have been making statements such as setting the students ‘straight’,” he added. The people nominated under the Persons of Eminence category to the FTII Society that also oversees the institute include activists with Rashtriya Swayamsewak Sangh connections, including Anagha Ghaisas, who has made documentaries in praise of Prime Minister Narendra Modi, Pranjal Saikia, who is a part of the RSS-linked Sanskar Bharati, and Narendra Pathak, former president of the Maharashtra unit of the Akhil Bharatiya Vidyarthi Parishad. Ghaisas and Pathak emphasised the need to make nationalistic films and desist from making “anti-national statements”.

“Is this attitude helpful towards a place like the FTII?” Mirza rhetorically asked. “The agitation primarily [has] to do with the nature of academics – what is being taught and how, and how it can be improved. These are valid reasons [for a strike]. The students are concerned about these issues, and they may not necessarily be right, but it is important to have a dialogue and a debate over their concerns.”

Every government picks people whose general ideology matches its own, but the selections usually have at least some basis in merit, Mirza pointed out. “I cannot recall the Congress Party or the UPA [United Progressive Alliance] appointing heads of educational institutions on the basis of their affinity to the party,” he said. “I am not making a case for the Congress party, but they at least gave due consideration to educational institutions and took care of the qualifications of people who headed these institutes. Just the fact that all you need is some kind of political association rather than your credentials within the medium itself is disturbing.” 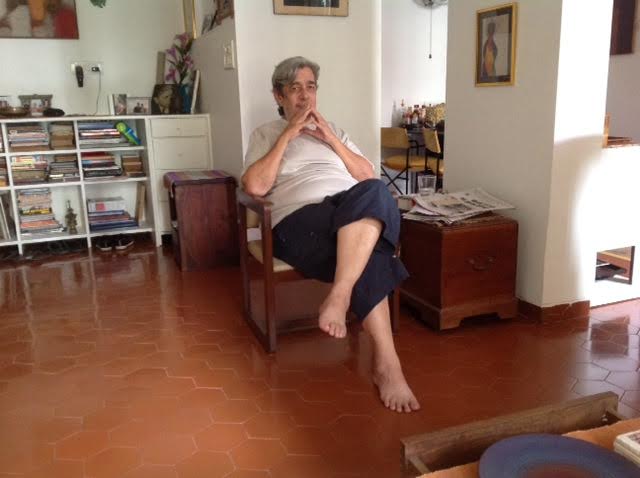 Among the pressing problems that the new FTII will have to tackle is the syllabus. Mirza listed some of the challenges ahead: “How to incorporate the various forms of communication that are available today, to be able to look at the infrastructure, improve the living conditions for the staff, build up salaries to the University Grants Commission level, implement the PK Nair committee report, look at the nature of subjects and exercises for the students, clear the backlog  in terms of students not being able to complete their projects on time, check if the course is too short at three years and needs to be extended, bring in other elements into the nature of teaching that include music, theatre, architecture and linguistics to make the institute a far more holistic space.” The institute’s existing standards are already high enough to churn out filmmaking talent that “run the film industry”, Mirza added. “For instance, take Raj Kumar Hirani – he studied editing and not direction at the institute, and that is the nicest part of the FTII, that you are exposed to so much other cinema that you can switch streams.”

The film institute has been wracked by controversies for the past several years, resulting in a series of unrelated strikes that have led to demands in some quarters that the government should reduce its involvement with the institute and hand it over to private players. “The raison d’être of the place is to see cinema as a cultural and art form and not only for entertainment,” Mirza responded. “If [it] is being questioned by the people in charge, it tells you where we are heading as a nation.”