Become a Member
Ad
One of the tracks in Neeraj Ghaywan’s Varanasi-set movie Masaan is about Deepak, who hails from the Dalit Dom caste that has traditionally worked at Hindu cremation grounds. Deepak pursues an engineering degree to escape the caste system-ordained grind of toiling at the open air furnace that is the cremation site.

Education also helped some of the boys featured in Rajesh S Jala’s Children of the Pyre, about child labour at Varanasi’s storied Manikarkina Ghat. The award-winning 2008 documentary followed seven boys, one of whom consigned bodies to the flames, and six others who stole and re-sold shrouds from bodies that were brought in for their last rites. Four of them are now studying at the Swami Harsewanand Public School in Varanasi, their fees having been paid by Kevin Ryder, a New York City resident who was shocked and moved by Jala’s film.

Children of the Pyre is a blunt and powerful expose of the brutal and soul-destroying work into which the Dom children have been forced. It is believed that a cremation at Manikarnika ensures salvation, but Jala reveals the appalling conditions in which these cremations take place. One of its most memorable sequences is of a mock ceremony performed by the boys on an unclaimed body. Jala, who shot the film, also captures the skin-melting heat and polluting fumes that are generated at Manikarnika, which is said to receive well over a hundred bodies every day.

The 74-minute film has piled up critical acclaim since it was completed in 2008, and its trophies include the best documentary award at the 2008 Montreal World Festival. Jala used the interest generated in the fate of the boys who gave him unfettered access into their illegal money-earning activities and their lives to raise funds for their education. “Technically speaking, as a filmmaker, it is not my responsibility to change the world,” Jala said. “I don’t have the resources, and being an independent filmmaker is a challenge in itself. But as a human being, I was desperate to do something for these kids. Thankfully, it worked out for four of them.”

Jala also collaborated with Bhagirathi, a non-governmental organisation project targeting 300 children from the Dom community. “There were some health camps organised, but that project didn’t continue for whatever reasons,” he said. Three of the boys were too old to go to school, and were instead sent for vocational training. Thanks to funding from Kevin Ryder, four of the boys studied for a few years at a boarding school in Sarnath till 2012 before shifting to the Swami Harsewanand Public School in Varanasi. 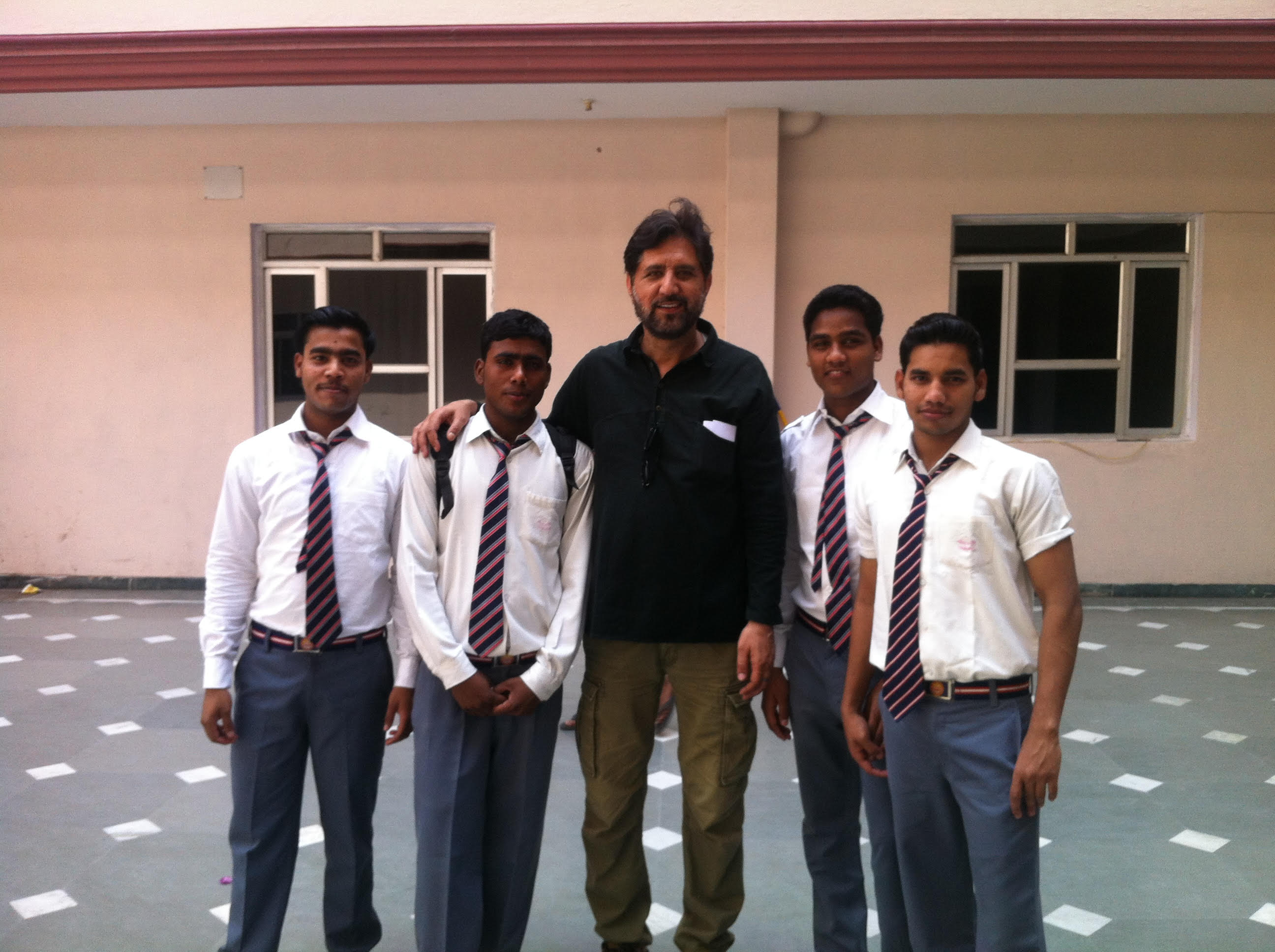 Jala met the boys while he was working on another film shoot in Varanasi in 2006 – he spotted one of them snatching a shroud from a body. “I took three kinds of permissions to make the film – official permission, permission from the local touts, and most importantly, permission from the families of these kids,” he said. “What worked in my favour was that I stayed very close to the cremation ghat and everybody could see the honesty in my approach.”

His time in Varanasi yielded another documentary, At the Stairs, about a shelter for widows. “Benares is both chaotic and peaceful, it has a mafia and a lot of filth, but also a lot of dignity,” he said about the ancient city. “Benares offers everything to everybody, and it depends on what you want to see.”