Contribute Now
Ad
As many as 36,000 km of rural roads built; highway building increased to 12 km/day from 2 km/day, and cashless treatment for accident victims on national highways.These are some of the claims made by the Ministry of Road Transport in its performance report card, issued a year after Prime Minister Narendra Modi’s first year in office.

However, a look at the figures projected as key achievements shows that the claims are biased or incorrect, and the schemes projected as fresh initiatives have been in existence for years. Here is what Fact Checker found:

1.“Significant” increase in rural road: Yes, but lesser than some past years

Source: Lok Sabha; *According to the first year report-card

2. Highways built at 12 km/day instead of UPA’s 2 km/day: Wrong, says government’s own data

3. More highway contracts than previous year. Yes, but lesser than years before that

4. Electronic tolls on national highways: That started in 2012


Claim: Rolling out electronic tolls on all national highways. 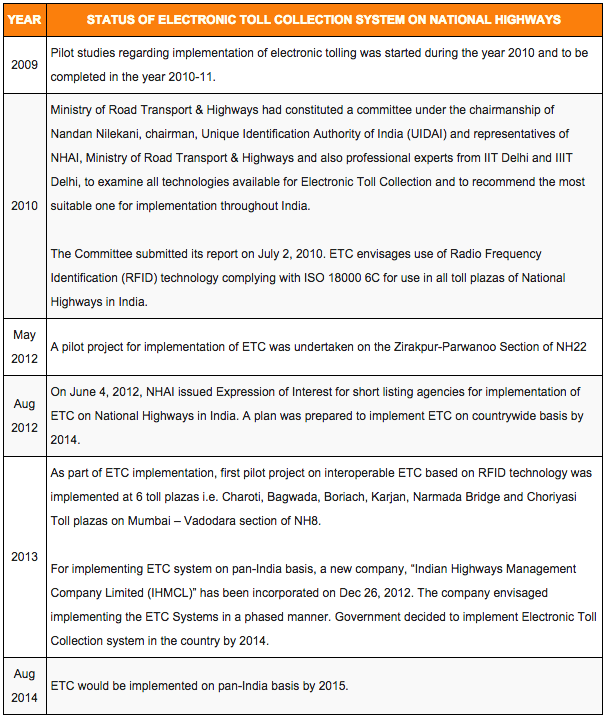 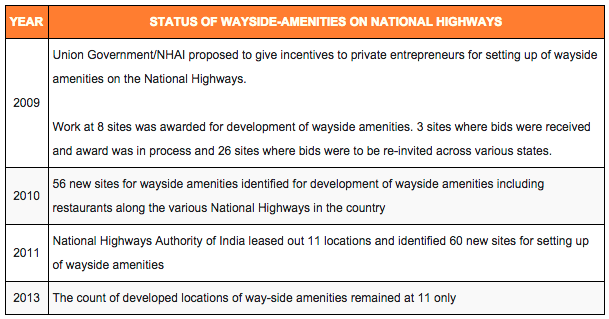 
Reality: The system has been in development since 2010. Called Vahan (Registration Certificate) and Sarathi (Driving Licence) project, these systems crossed 100 million users in November 2012. By 2013, 45 million driving licences and more than 115 million registration certificates were digitised and put on centrally connected platforms across the states. 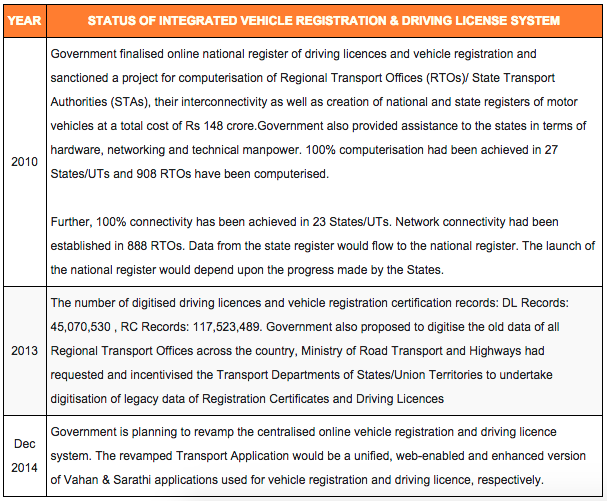 
Reality: Not a new initiative. The pilot project for cashless treatment was first proposed in 2012 and was launched on NH-8 in July 2013.  Two more pilots on NH-8 and NH-33 have been implemented, according to government data submitted to parliament. 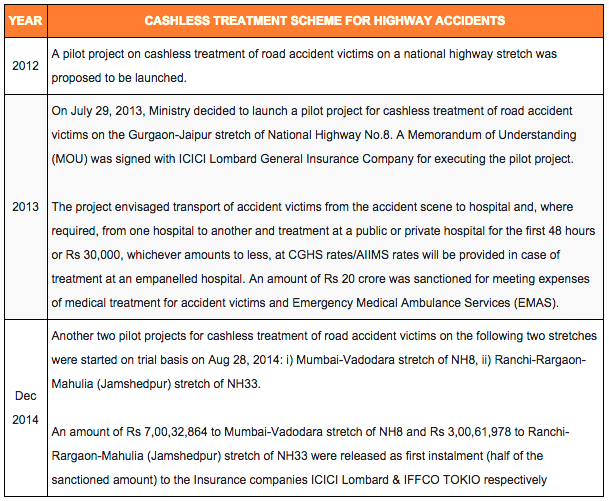 Claim: 32 cities to be covered under unified system for GPS-based location tracking of public transport.

Reality: This scheme was also initiated by the previous government under the Nirbhaya Fund. The scheme will be implemented by May 2016 in the first phase targeting 32 cities, according to answers in the Lok Sabha and Rajya Sabha.

This article was originally published on Fact Checker.

NDA government has not made any major mistakes so far, says Arun Jaitley