Contribute Now
Ad
On July 25, the entire cricketing fraternity was waiting in anticipation for the order of the Additional Sessions Judge at New Delhi's Patiala House Court in what is popularly known as the IPL betting and fixing case. The judge, Neena Krishna Bansal, exonerated cricketer S Sreesanth and 35 other accused of all crimes while stating that no case is made out against them under the Maharashtra Control of Organised Crimes Act, 1999 or under Section 420 (cheating) of the Indian Penal Code.

While the spotlight was trained on the cricketers' fate and what steps the Board of Control for Cricket in India would take to prevent fixing in the future, one part of the 151-page order went unnoticed. Relying on a 1996 Supreme Court judgement that ruled betting on horse races to be a game of skill, Judge Bansal observed:

“Cricket as a game of skill requires hand-eye coordination for throwing, catching and hitting…The game of cricket, therefore, cannot be held as a game of chance, but is a game of skill which is exempted under Section 12 of Public Gambling Act, from the definition of Gambling. Therefore, even if it is accepted that there was rampant betting going on in the IPL6, but it is an activity excluded u/s 12 of Public Gambling Act, and is not an offence for which any of the accused can be held liable…”

These observations of the court could have enormous repercussions on the gambling industry, allowing bookies and punters the window to argue that what they do is kosher and that they cannot be prosecuted under law. Unfortunately neither the law enforcement agencies nor lawmakers seem to have taken notice of this.

The regulatory framework governing gambling can be divided into four major sub-categories: physical gambling/betting, lotteries, betting at racecourses, and wagering on games of skill (see table below).

Physical gambling is a state subject and is prohibited in all states, with the exception of Goa and Sikkim, which permit licensed casinos (Goa allows electronic games in five-star hotels and live dealer as well as electronic games in offshore vessels, while Sikkim permits gambling in five-star hotels). Daman and Meghalaya are two other jurisdictions that may allow physical casinos soon. Online gambling is currently a grey area but under the Information Technology Rules, access to gambling websites could be blocked.

Lotteries are governed by a Central legislation, the Lotteries (Regulation) Act of 1998, which allows individual states the option of permitting or prohibiting lotteries subject to certain conditions. The legislation adds a caveat that states which conduct lotteries should allow sale of other state lotteries within their territories. Currently, eight states, including Maharashtra, Goa, Sikkim, Nagaland, Kerala, and the autonomous Bodoland Territorial Council conduct lottery draws.

Apart from this, some states have separate legislations or regulations allowing betting at racecourses through licensed bookmakers on the day of the race. Several cities such as Mumbai, Pune, Kolkata, Bengaluru and Delhi have racecourses permit this.

Another nascent area that is developing is real money online games such as rummy, poker and fantasy cricket, which operate under exemption granted to games of skill by state gaming legislations (Assam and Odisha are the exceptions).

With gambling being prohibited by most states in India, it is said there is a huge underground gambling and betting market. A 2010 KPMG report estimates the total size of the Indian gambling industry (both regulated and underground) to be a whopping $60 billion (approximately Rs 3 lakh crore, as per prevailing exchange rates).

This estimate was endorsed by a 2013 report of the Federation of Indian Chambers of Commerce and Industry as well as by the recent report of the Special Investigation Team on black money. FICCI further speculated that the government could earn Rs 12,000 crore-19,000 crore annually if it chooses to legalise sports betting.

In the past couple of years, various individuals such as former CBI chief Ranjit Sinha, former senior policeman Julio Ribeiro, ex-cricketer Rahul Dravid, Member of Parliament KTS Tulsi and Justice (Retired) Mukul Mudgal have requested the government to look into the issue of legalising betting and gambling, without much success.

The Sessions Court judgement of July 25 has several problems. For instance, it has confused cricketers betting on their own performance (which requires considerable amount of skill) with betting by spectators on cricketers’ performance (which does not require the same amount of skill). Further, even if it assumed that some forms of betting involved considerable skill, it is hard to imagine that this is true for all types of betting markets offered by bookmakers (such as session betting, over betting, betting on best batsman or bowler in a match, etc).

Potentially, this judgement could open the floodgates for the Indian gaming industry. As it is, jurists such as Mukul Mudgal, the former chairman of the IPL probe committee, have written that betting on cricket may not be illegal under the present laws. After the latest judgement, ingenious entrepreneurs may just use this legal loophole to start openly offering betting facilities online and offline. Assuming that the observations are upheld by higher courts, it could pose a headache for law enforcement agencies, more so because a previous Supreme Court decision states that playing games of skill is a fundamental right and cannot be prohibited.

It would be best if the government uses this opportunity as a wake-up call and evolves a regulatory framework to legalise and tax betting, albeit with certain restrictions to prevent manipulation, underage gambling and addiction. Given the technological challenges of regulating internet betting and gambling, a cooperative mechanism between the Central and the state governments, wherein the Centre regulates the activity and revenues are distributed among states could be a possible regulatory model.

Of course, a lot of thought has to be put into the exact framework, and consensus would have to be evolved on possible legislative changes. It is high time that the government starts applying its mind to the issue to obviate unregulated and unrestricted cricket betting which exploits the present lacunae in legislations. 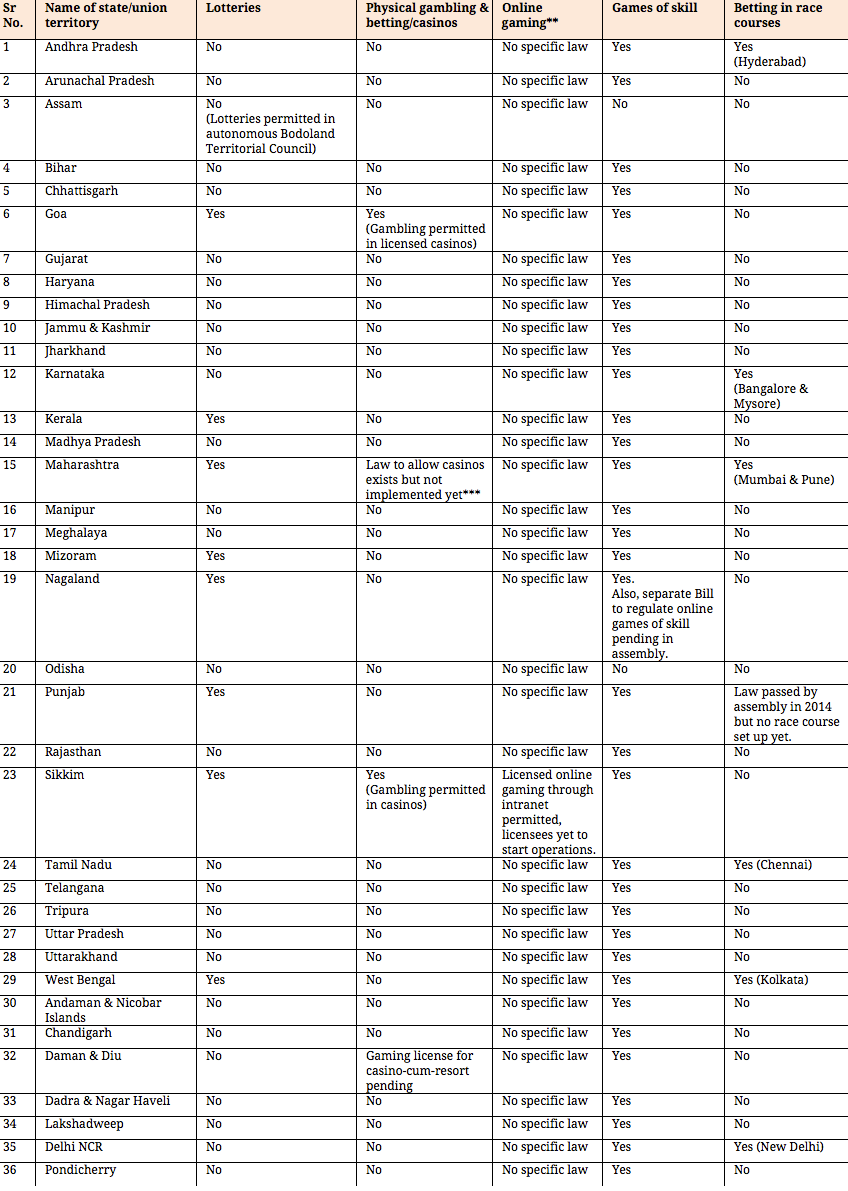