Become a Member
Ad
In every direction you look on the way to the famous pumpkin market of Khowang, in Assam’s Dibrugarh district, there is just water. The national highway appears like an elongated island of brown amidst different shades of blue and green. At Khowang, the sight to greet you is misery. Scores of people have camped on high ground along railway tracks in tents made from bamboo poles and tarpaulin sheets.

They moved there about a week ago after a breach in the bund at Kawaimari near Khowang Ghat resulted in the flooding of around 73 villages in Dibrugarh West revenue circle and another 14 villages in Moran revenue circle. Their tragedy mirrors the adversity that has beset much of Assam.

Heavy monsoon rains in the state has swelled its rivers, making them overflow their banks. So far this year, more than 50 people have died in the floods, including 15 people in the past week. As many as 1.5 million have been impacted. 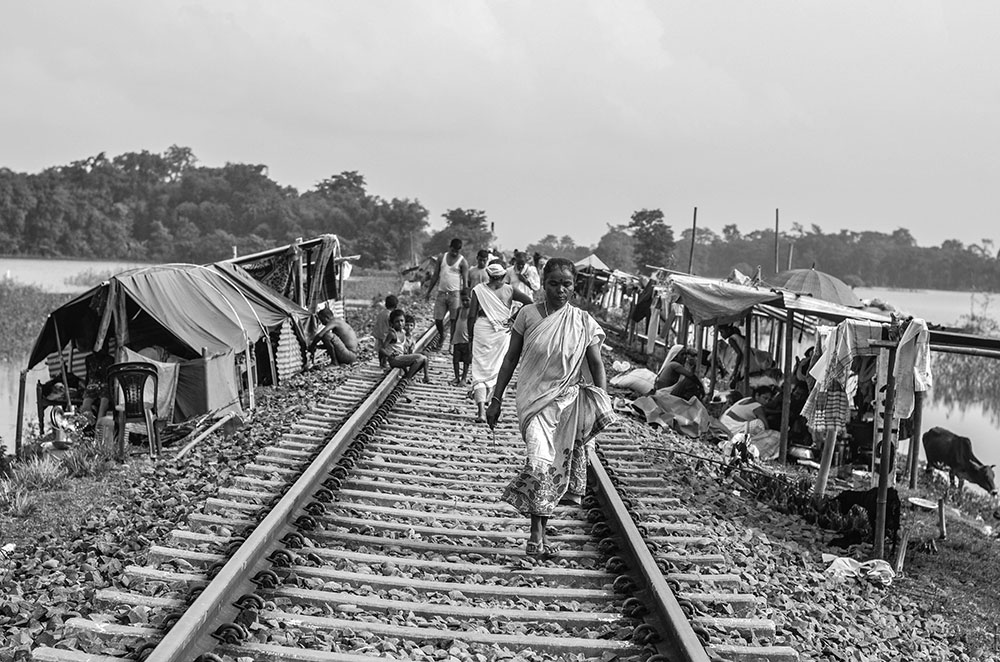 The relief camp near the railway tracks. 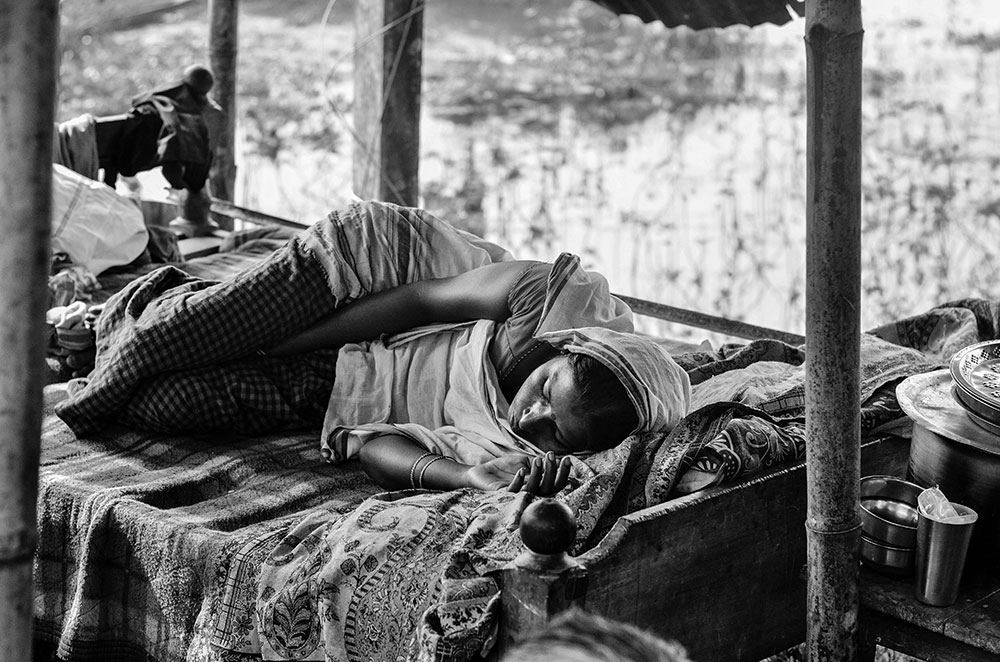 A young woman sleeps on a bed alongside her utensils at the camp in Khowang. 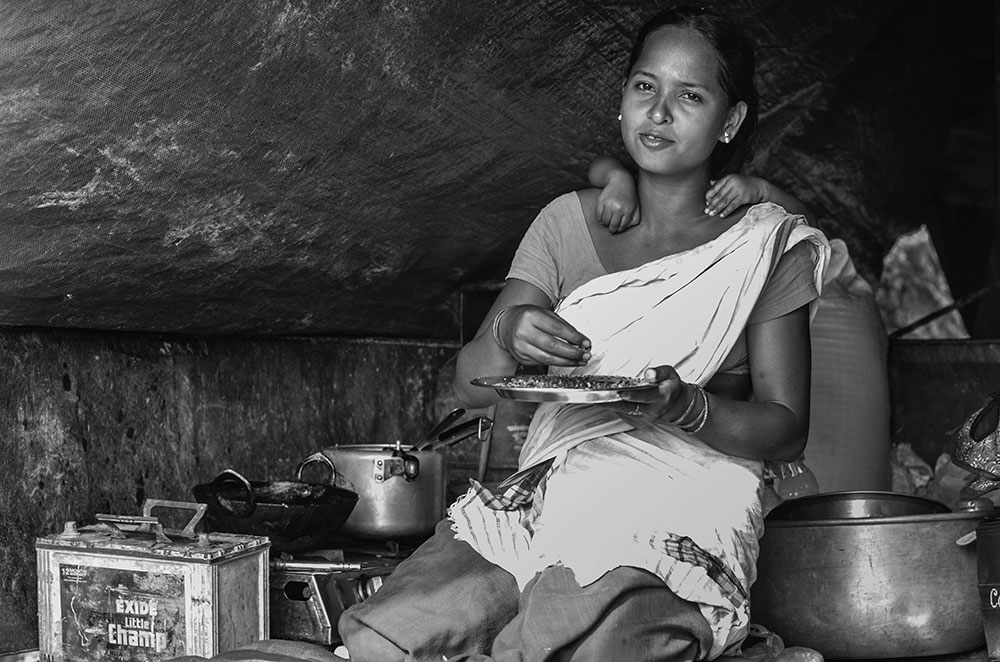 A mother feeds her child.

At Khowang, some older children play hide-and-seek among the tents, while the younger ones complain to their mothers. Two women busily chop a gourd to cook on a makeshift stove of bricks. Some lucky ones were able to rescue gas burners and cylinders while escaping the rising floodwaters. The less fortunate are now using kerosene stoves and firewood.

The district authorities have tried to provide the camp some drinking water, but it hasn’t been enough. As a result, people are drawing water from the lone tube well that, constructed on high ground, hadn’t sunk, though they know it isn’t clean.

“The water rose fast within a night,” an old lady said. “It took only eight hours for the whole place to go under water along with the national highway. Every hour it rose by around one foot.”

There water level is still too high for the camp dwellers to go back, and besides the Burhidihing River is still overflowing. For them, normalcy is still a long way away. 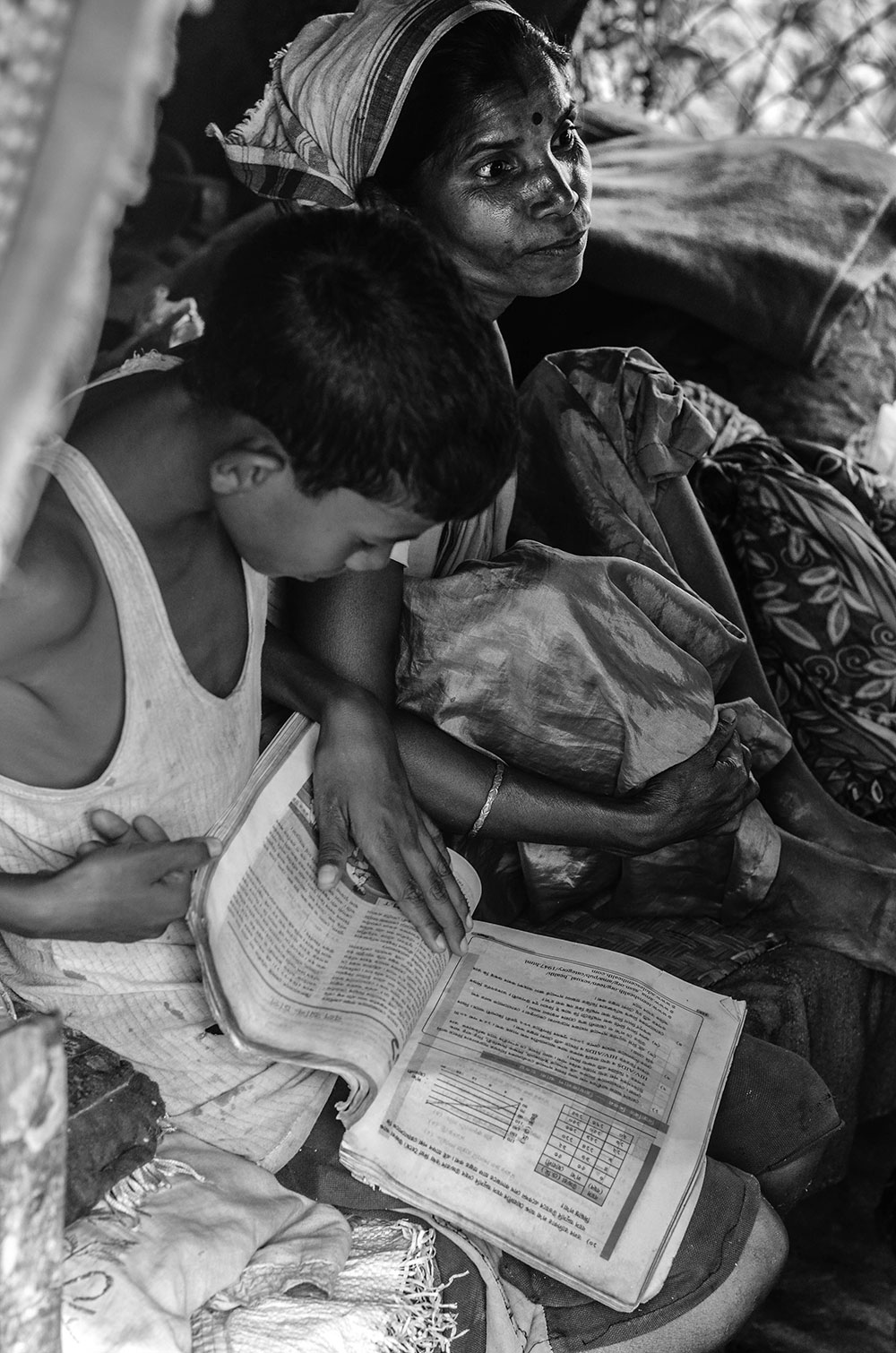 A boy inspects his book damaged in the floodwaters. 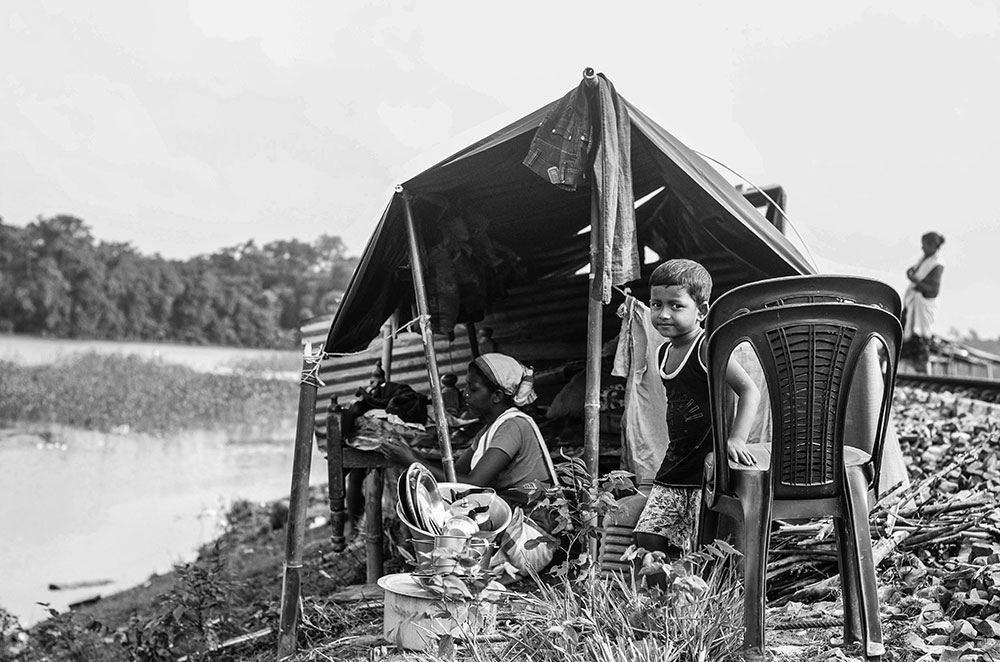 A boy looks on as his mother cleans utensils. 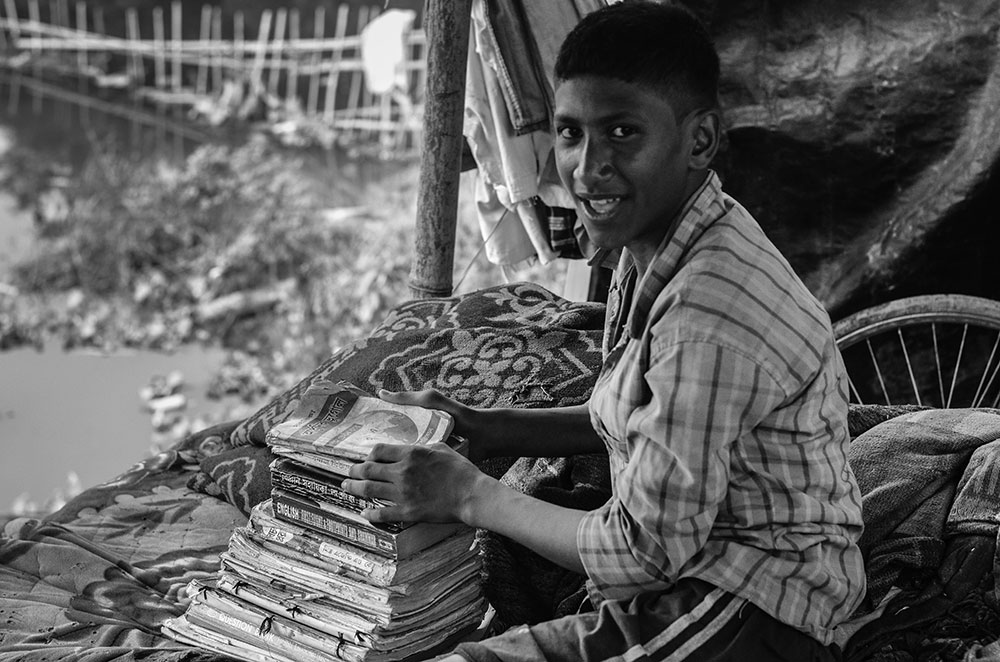 A boy shows off his set of books. 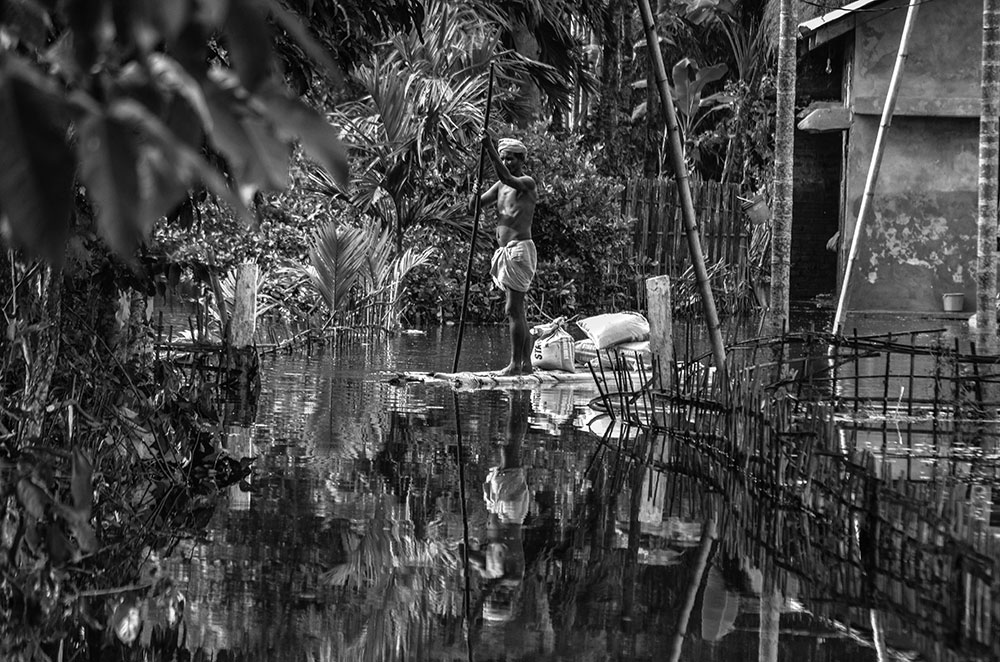 A man pulls out rations from his flooded house. 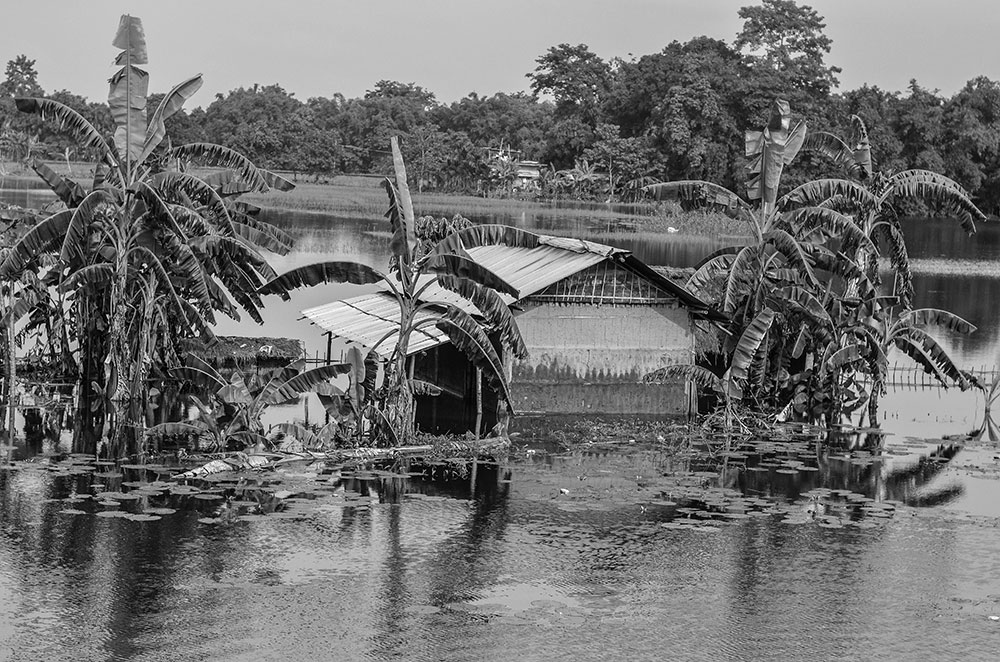 Photo essay: India’s precious wildlife is drowning and dying in our filth